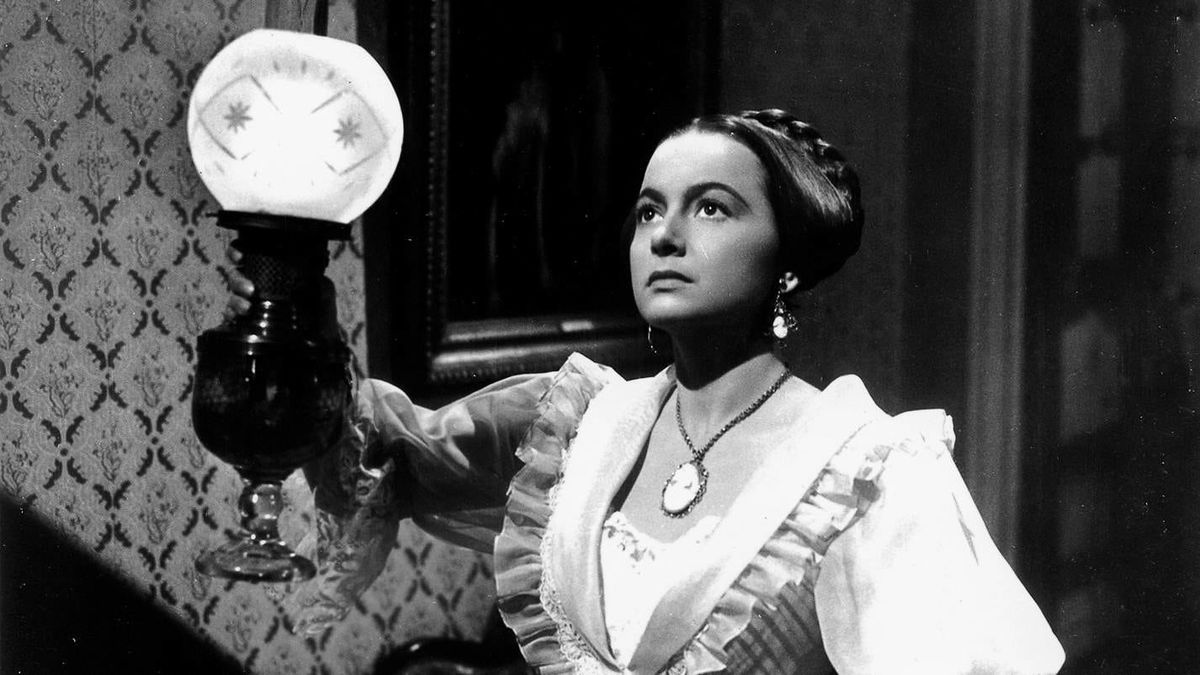 This past July we bid farewell to one of the last conduits of Hollywood’s Golden Age, the great Olivia De Havilland. She lived to the ripe old age of 104 and left behind an enduring and remarkable film legacy. She was a smart, assertive and classy individual who believed in the power of the acting craft and her ability to contribute to it.

Her career spanned over 50 years, leaving and indelible mark on cinema in various genres of film. There’s nary a performance in which she doesn’t shine, even if the material may have been subpar. Who else could bring some regal authenticity to a movie about killer bees (The Swarm) or a downed airplane sinking in the ocean (Airport 77)?

Her kindly and approachable demeanor became one of her hallmarks, but De Havilland suffered no fools. She was honest about her troublesome relationship with her sister, fellow actress Joan Fontaine, and once her career gained momentum she fought for the quality of her roles. In 1944 she sued Warner Bros for violating labor laws within their length of contracts. She won and De Havilland Law was born and is still in use today.

De Havilland’s continued working until 1988 and eventually retired completely and lived out the rest of her life in her Paris home. Upon her passing many mourned not only her death but also the last living connection to the days of classic Hollywood. But isn’t that what movies are all about? To have those incredible, life changing moments captured forever on celluloid. Ready to be revisited whenever we are so inspired.

Here are some of the most unique and memorable performances of Olivia De Havilland’s career. Some of the titles are well known, others slightly more obscure but all are worthy of mention. So much has been said about Gone with The Wind and her classic portrayal of Melanie Wilkes through the years so that title will not be on this list. Instead, let’s take a nostalgic look back at some other significant roles in Olivia’s unforgettable career. 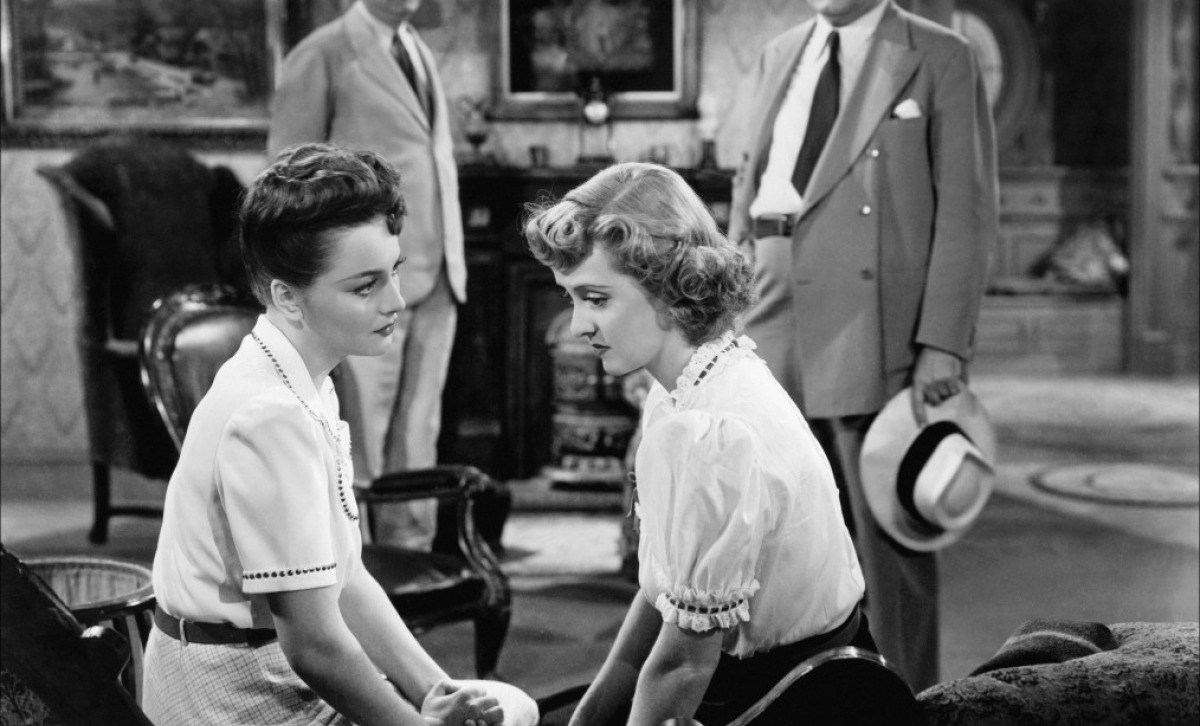 Based on the Pulitzer Prize winning novel by Ellen Glasgow, this was the third of six films Bette Davis and Olivia De Havilland made together. Davis didn’t want to do the picture, believing she was miscast and later labeling it “a most disgraceful film”. Despite Bette’s unhappiness with being involved and De Havilland’s affair with director John Houston during shooting, the final product was well received and made a good showing at the box office.

Davis plays Stanley, a spoiled and calculating young woman who dumps her fiancé Craig and runs of with her sister Roy’s (De Havilland) husband Peter. After an unhappy marriage, which ends with Peter’s suicide, Stanley returns home to wreak havoc on the lives of those she left behind.

The film is a bombastic showcase for Bette Davis who plays the rotten and unredeemable Stanley with her trademark vengeance. She’s fun to watch and the movie as a whole, is an enjoyable, if predictably melodramatic affair. Dangerous sibling rivalry, adultery, blackmail and suggestions of incest are all par for the course.

Perpetuating the “good relative” persona she so memorably fashioned in Gone with The Wind three years earlier, De Havilland is in a familiar place here. She has the less showy role, but she gives the character of Roy a solid, stoic quality. While Davis chews up the scenery, De Havilland keeps it steady. The film is a strong example of Olivia’s ability to hold her own against flashier performances by simply connecting to the truth of the character. The earth might shake under her feet, but she keeps her steady footing with masterful focus. 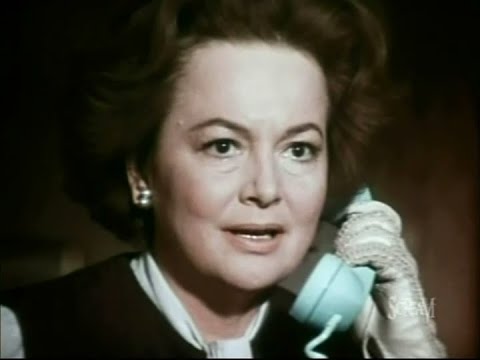 The 1970s proved to be a fertile ground for suspense TV movies. Shot economically but with care, many of these 90-minute films achieved cult status in years to come.

While not in the same league as minor TV classics like Duel and Trilogy of Terror, The Screaming Woman is a slight and rather enjoyable TV film from Universal. A wealthy matriarch (De Havilland), having recently returned from a mental institution, hears a woman crying for help under the ground in an area of her estate. Horrified, she seeks help in saving the buried victim, but no one believes her.

Loosely inspired by a Ray Bradbury story, the movie has some effective tension and some creepy moments. There’s nothing technically memorable here and that’s to be expected. It does, however, feature a score by John Williams and costumes by Edith Head.

As the 1970s rolled around, De Havilland began to slow down her work in features and began to appear more steadily in television. The Screaming Woman maybe a footnote in her legendary filmography but it’s a strong example that no matter what the medium, she always treated the material with expertise and commitment. Her performance is predictably strong. Her empathy and frustration ring true in every moment. The film is on this list chiefly to illustrate that even a basic TV movie can benefit greatly from an actor who takes their work seriously. 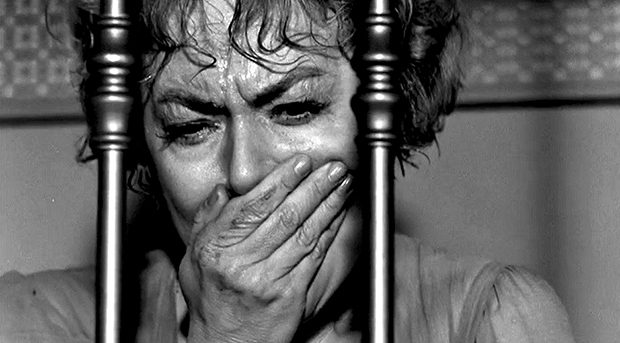 Released the same year as “Hush…Hush Sweet Charlotte” and subtly banking of the hagsploitation subgenre of the time, “Lady in a Cage” was yet another vehicle originally planned for Joan Crawford. Due to scheduling conflicts, Crawford backed out and the film was offered to Olivia De Havilland.

Due to an electrical problem, a wealthy woman (De Havilland) gets stuck in an elevator in the middle of her large home. A young thug (James Caan in his first starring role) and his unsavory friends proceed to taunt and terrorize the hapless woman in her own home.

A dark thriller, ahead of its time is mostly successful albeit with some plot holes and a penchant for exploitive sleaze. It is unflinchingly grim and violent for its time and does manage to be a mostly gripping piece of film.

Having the main character trapped in the cage-like elevator feels gimmicky but it offers an exceptional challenge to the actor. De Havilland rises to this challenge in spades. The performance could have become repetitive or meandering but in Olivia’s expert hands, it crackles and pops. Starting helpless and frightened she eventually works her survival instinct to a fever pitch. It is impressive how she tailors her performance to match the tone of the film, beat by beat. It’s the work of a true expert. 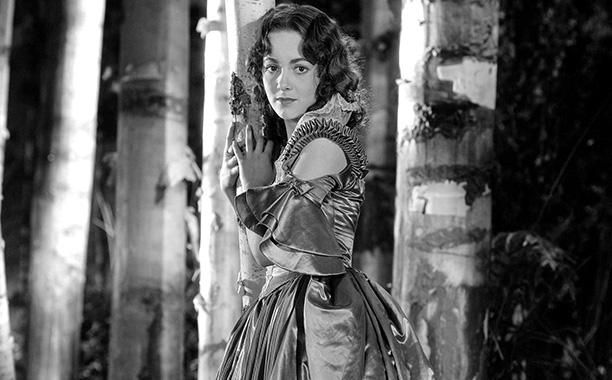 The sparkling adaptation of William Shakespeare’s comedic fantasy is mostly remembered for its ingenious cinematic imagery and for being De Havilland’s screen debut. Joining a stellar cast which included the likes of James Cagney, Mickey Rooney and Dick Powell, Olivia was cast as Hermia after having been seen playing the role in a grandiose production of the play at the Hollywood Bowl.

The story of Athenian lovers and their forest exploits at the hands of the mischievous sprite Puck is given the royal treatment in this fanciful opus. It’s a sumptuous production featuring impressive sets, exquisite costumes and some truly awe-inspiring visuals (Hal Mohr’s sterling black and white cinematography received an Academy Award). It feels a bit long and it is, of course, expectedly verbose but its charms outweigh any of its minute flaws.

De Havilland feels right at home alongside her more seasoned co-stars. She displays a confidence and comfort which belies the fact that this is her screen debut. And, probably due to her previous experience with the source material, she delivers Shakespeare’s iambic pentameter with the greatest of ease (often more so than some of her fellow cast). At only 18 years of age, Olivia delivers sizeable charm and screen charisma right out of the gate. It was to be the start of a most impressive screen career. 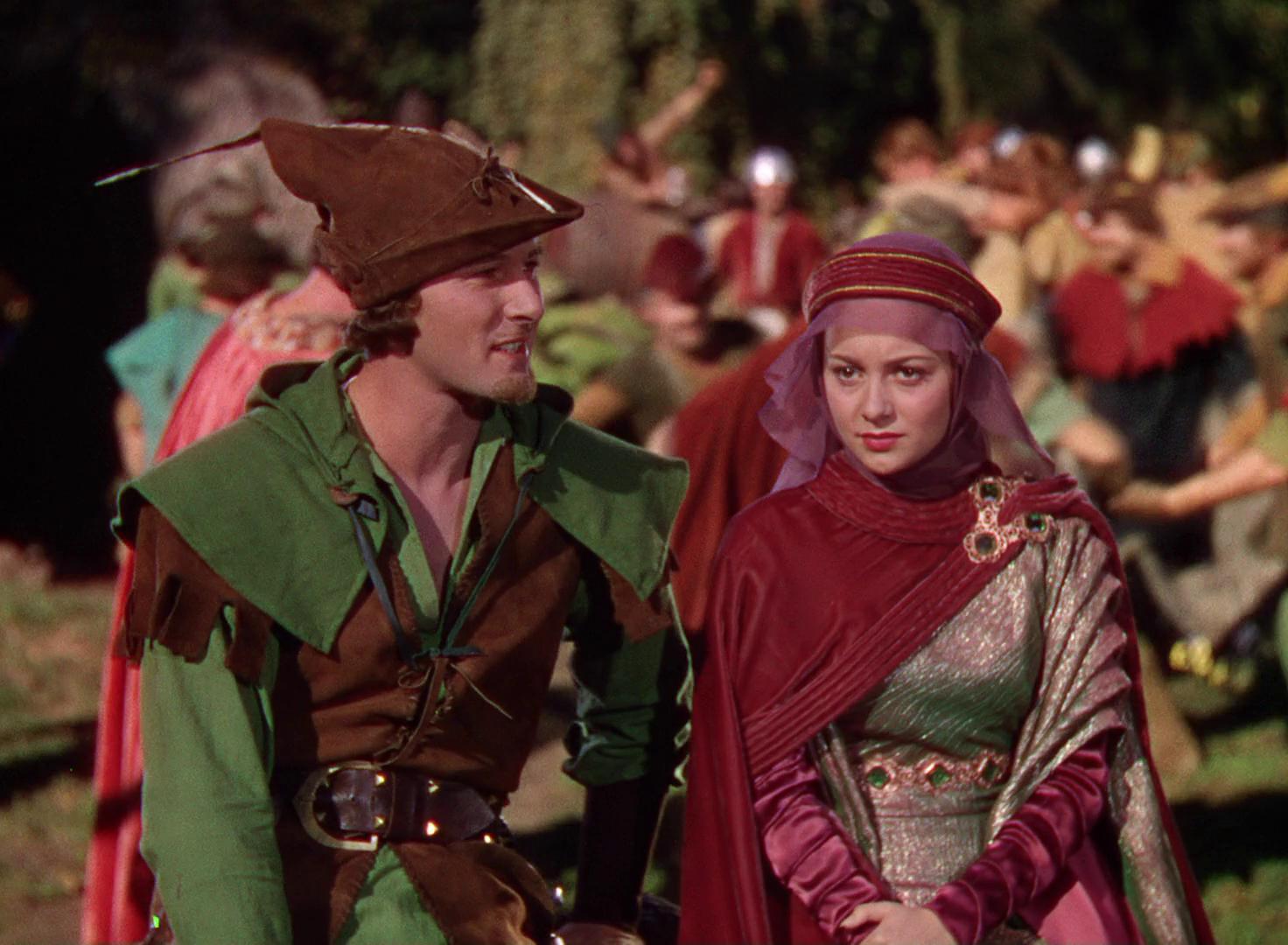 Errol Flynn and Olivia De Havilland had a magnetic chemistry and it’s never more evident than in “The Adventures of Robin Hood”. Their third of eight films together, it’s a lively and energetic adventure which still holds up over 80 years after its release.

The familiar story of Robin Hood who steals from the rich and gives to the poor has been immortalized by the visuals of this film. Famously shot in gorgeous Technicolor and featuring some thrilling set pieces, the movie is exciting in an unabashedly cheerful way. Helmed by Michael Curtiz, the film also features spirited performances by the likes of Basil Rathbone and Claud Rains.

Errol Flynn is a pitch perfect screen hero, handsome and charismatic. But he’s matched every step of the way by Olivia De Havilland as Marion. Her beauty and smile are almost hypnotic but it’s her charm and confidence which sell the role. And her skillful portrayal, along with Flynn’s, makes Robin’s and Marion’s conversion from adversaries to lovers surprisingly believable.

There’s thrilling swashbuckling and vibrant visuals. There’s high adventure and an exciting hero. But there’s also a sparkling Oliva De Havilland, reminding audiences that great actors are part of the magic of the movies.