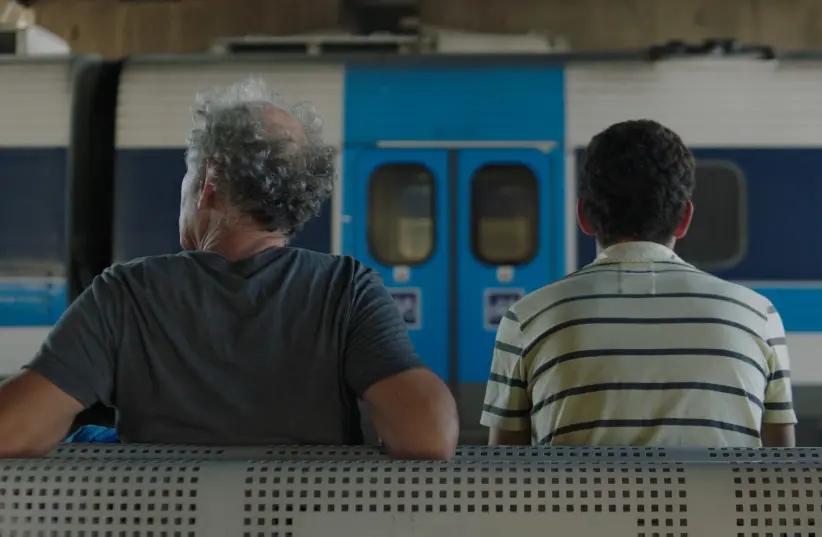 The latest Israeli drama from director Nir Bergman (Saving Neta) is a stirring and uplifting tale of fatherly love, and one that should not be missed. Starring Shai Avivi (One Week and a Day) as Aharon, a divorcee who has stopped working to devote himself to being the full time caregiver for his autistic son, Uri (Noam Imber).

No longer a child, Uri is entering adulthood, and his mother thinks that it’s time to consider whether Yuri would be better served living in an institution where he could receive guidance toward more independent living. Aharon doesn’t believe that anyone will understand his son and his needs like his father does and he wishes to continue as his full-time custodian. Facing mounting pressure from his ex-wife and a social worker, he very sadly and reluctantly agrees to deliver Uri to the place they have selected for him, to at least give it a tryout.

Uri is certainly not a little boy anymore, in fact he’s a beanpole at well over 6 feet tall. While changing trains with his dad, Uri decides that he wants to return home and it’s quite the scene when this towering young man throws a tantrum. Aharon more than has his hands full, but when he finally calms Uri down, he decides that maybe they should run away together. At this point the film becomes a road movie, filled with adventure, more than a little humor and not surprisingly, even more drama.

While there are more than a few other characters in the film, Here We Are is mainly a two-hander for much of its run time. The acting is excellent across the board, but especially the leads; Shai Avivi and Noam Imber as father and son. For the first minutes of the film I wondered if I was watching a documentary, so convincing was Noam’s portrayal of the autistic lad. He must have really done his research to deliver such a wonderful, sensitive and authentic performance.

Here We Are is a movie about parental love, about change, and separation; about letting go and moving on. This is a beautiful film that should be high on your list of “must see at VIFF 2020”. It’s not only great entertainment, and a very rewarding and fast moving 94 minutes, it will also touch and move you.