It is amazing that Al Pacino was finally able to work with Martin Scorsese, and their first collaboration easily ranks as the best performance Pacino has given in several decades. Jimmy Hoffa was a larger than life person, and Pacino brings his signature mannerisms to a character that lives life unapologetically. It is ultimately Hoffa’s conviction and inability to compromise that leads to his tragic downfall. While Pacino gives many over the top monologues, he also has many tender moments, including pivotal scenes with the daughters of Frank Sheeran (Robert De Niro). It’s great to see one of the greatest actors of all-time get such a comeback, and the only bad thing to be said about Pacino in The Irishman is that he is somewhat overshadowed by his co-stars Robert De Niro and Joe Pesci.

9. Tom Hanks, A Beautiful Day in the Neighborhood 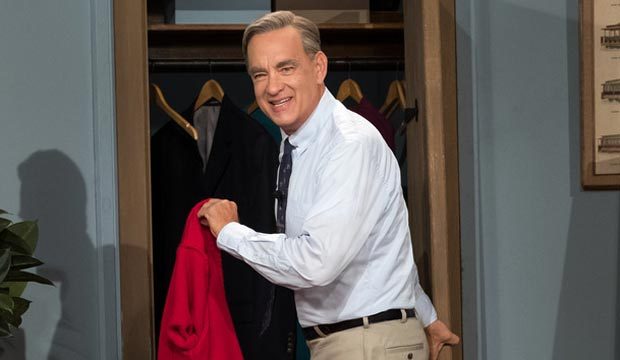 Who better to embody the spirit of love and compassion than Tom Hanks? One of the most perfect castings in recent memory, Hanks is just delightful as a man whose kindness continues to be inspiring to this day. It isn’t a one note performance either; Hanks shows the weight of expectations Rogers faces when living up to his adoring audience, and he often remarks that it isn’t that he doesn’t feel angry, but that he chooses to not take it out on others. While the majority of the film is about the personal crisis that journalist Lloyd Vogel (Matthew Rhys) faces, Rogers is instrumental in initiating his journey of reflection.

At 25, Saoirse Ronan has already established herself as one of the best actresses of her generation, and has already received four Academy Award nominations. In Little Women, Ronan is able to make the role of Jo March her own, and in particular she captures Jo’s desire to become a writer and define herself as an independent woman who breaks the barriers of society. Ronan really excels in showing how Jo wrestles with her own ambition; while she feels like standing alone is a necessity in order to achieve her goals, she also feels crushed by her loneliness, and grows to yearn for her sister Amy’s life.

While the film doesn’t skimp on any period details, Ronan is able to incorporate modern sensibilities into the classic dialogue, thus reinventing the story for a new audience. Even if her co-star Florence Pugh can sometimes outshine her, Ronan proves that she can be empathetic with any role she chooses, and it will be interesting to see how her cinematic partnership with Greta Gerwig grows in the future. 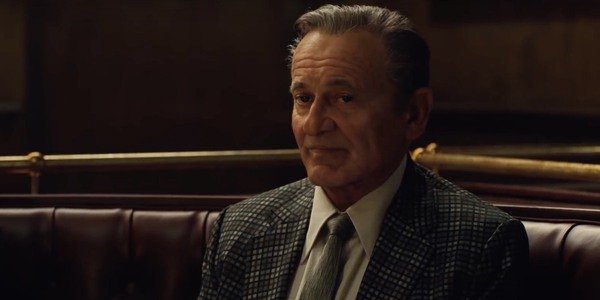 The casting of Joe Pesci as Russell Bufalino was downright genius on the part of Martin Scorsese; Pesci is best known for playing eccentric, larger than life characters, including his roles in Goodfellas, Raging Bull, and Casino. However, Bufalino couldn’t be a greater departure, as he is restrained and quiet, yet he is just as terrifying. Pesci carries himself with great authority, and seeing him shape the life of Frank Sheeran (Robert De Niro) after years working together becomes absolutely heartbreaking when the two grow to be old and forgotten.

The rivalry between Bufalino and Jimmy Hoffa is also essential to the dramatic power of the story, as even though Bufalino claims that he only cares about business, it becomes clear that the vendetta is personal. The climactic scene in which Bufalino orders Sheeran to kill Hoffa is one of the best of the year, and “it’s what it is” has suitably become an instantly iconic cinematic line. Pesci came out of retirement to give this performance, and it certainly ranks as one of the best of his career.

Antonio Banderas and director Pedro Almodovar have had a great cinematic partnership that has spanned many films, and Pain and Glory is in many ways the culmination of this legendary collaboration, as it is a somewhat autobiographical and reflective story from Almodovar. Banderas stars as Salvador Mallo, a legendary filmmaker who reflects upon his life as he works on a new creative project. It’s an extraordinarily emotional performance, as Mallo uses some of the key moments within his memory to draw inspiration from.

It’s also a very subtle performance, as Banderas doesn’t have to give over the top monologues or elaborate expressions to show that his character has matured. Banderas received his long overdue first Academy Award nomination for this film, and it is entirely deserving for what is without a doubt the best performance of his career.

The rare thing about Marriage Story is that it’s a divorce film that treats both characters as equals; while some may have expected Noah Baumbach to write a film that is more slanted towards a male perspective, Scarlett Johansson holds her own against Adam Driver and brings to life all the repressed emotions that her character Nicole feels as their marriage disintegrates. Johansson does a great job at making Nicole’s realization that she hasn’t had a fulfilling life impactful, and not sudden, and seeing her act in plays directed by her husband shows the extent to which their relationship is defined by their creative collaborations. The shifts between infectious joy and deep sadness are well handled, and Johansson brings a considerable amount of agency to the character.

The best decision Greta Gerwig made when reinventing Little Women was to tell the story in a nonlinear fashion, and there is no character better serviced by this decision than Amy March. The youngest of the four March siblings, Amy is initially quite obnoxious and combative, yet the flashes to the future show a mature young woman who makes her way within the upper class in Paris. It’s clear that there will be a great character arc for Amy, and Florence Pugh does a great job at showing how Amy becomes more self-aware and learns to take her life into her own hands.

Particularly, Amy’s relationship with Laurie (Timothee Chalamet) is quite potent, as both characters feel spurned by Jo, yet don’t want to be defined by their relationship with her. Pugh is able to provide a lot of great physical comedy with her performance as the younger Amy, a choice that becomes more powerful when contrasted against the older Amy who has seamlessly become part of the European nightlife.

3. Leonardo DiCaprio, Once Upon a Time in Hollywood 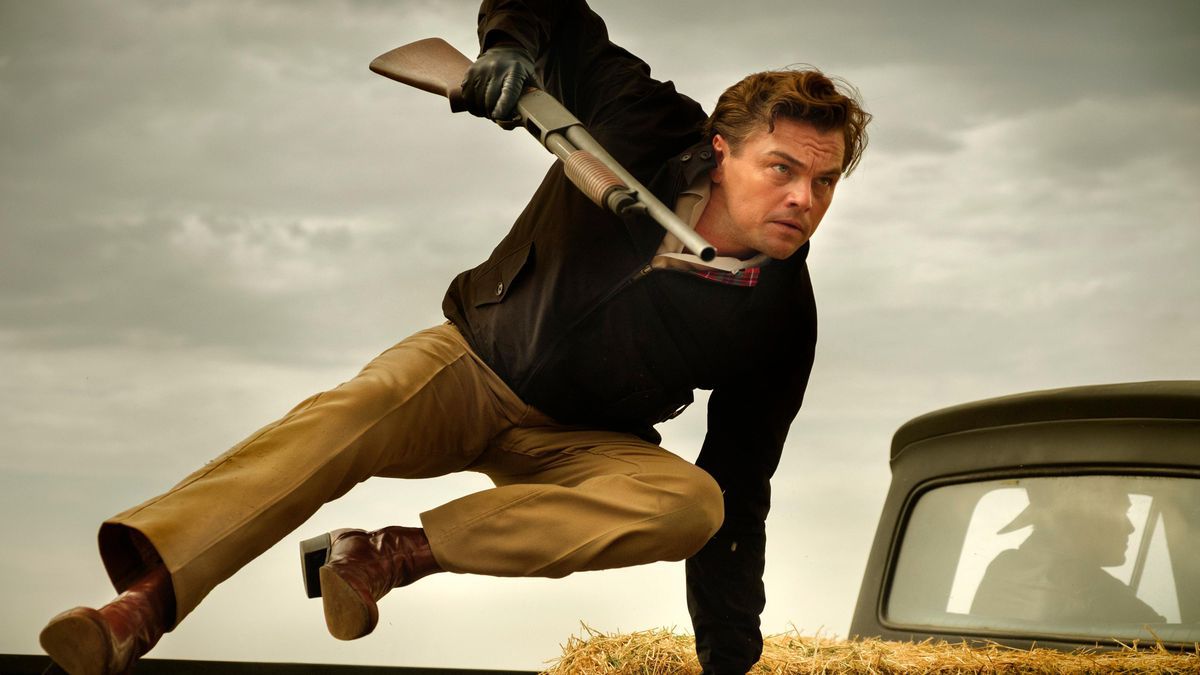 Once Upon a Time in Hollywood doesn’t just feature one of Leonardo DiCaprio’s best performances, but one of his most expressive and self-conscious. The character of Rick Dalton is an actor who feels like he’s past his prime, and although he’s unquestionably devoted to the pursuit of his craft, he feels unaccomplished and fears being forgotten. DiCaprio finds a lot of humor in contrasting Dalton’s erratic drunken behavior with his lavish lifestyle, and he fully commits to playing the various characters that Dalton portrays over the course of his career.

DiCaprio is not given enough credit for how funny he can be, and his breathless performance in the film’s crazy climax is perfect for the tone of the film; however, he is equally convincing in his more introspective moments, particularly when Dalton reflects upon the nature of acting to a young actress on the set of the western series Lancer. Rick Dalton and Cliff Booth have emerged as an instantly iconic screen duo, and while Brad Pitt has received slightly more acclaim overall, DiCaprio can’t be discounted.

2. Brad Pitt, Once Upon a Time in Hollywood

It’s almost impossible to determine who gives the stronger performance in Once Upon a Time in Hollywood between Leonardo DiCaprio and Brad Pitt; the two work so well together that pitting them against each other is challenging. However, Pitt does what is perhaps the best work of his career as Cliff Booth, a character who coasts on his pure swagger and gruffly suave screen presence.

It’s easy to say that Pitt is just “playing himself,” but the truth is that virtually no other actor could capture the same level of charisma that Pitt does onscreen. Booth doesn’t need any emotional breakdowns or long monologues to be a great character, as his consistently upbeat attitude in the face of being put down and ignored speaks to the spirit of the character.

Pitt does great physical comedy in such great scenes as the Spahn Ranch sequence, the fight with Bruce Lee, and the now iconic confrontation with the Manson Family, and he is always believable as a veteran stuntman who has years of experience. A film that celebrates the nature of the Golden Age of Hollywood requires a performance from someone who can be both a great character actor and a great movie star, and thankfully Pitt is both of those things. 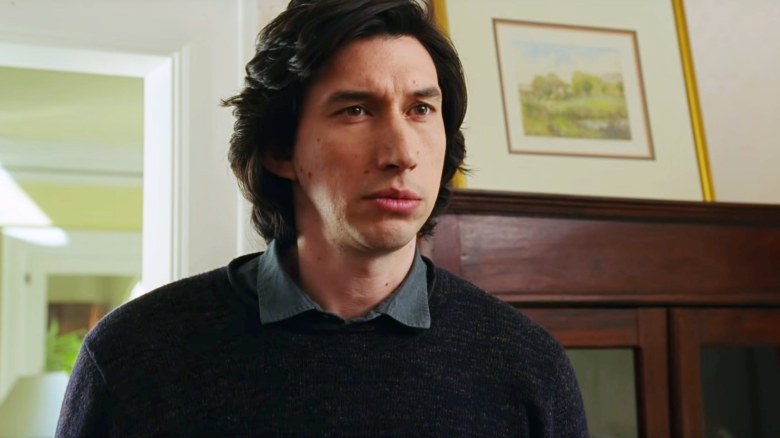 As good as Scarlett Johansson is, Adam Driver outshines her in what is the performance of the year. It is an extraordinarily vulnerable performance, as Driver must show all sides of a character who must face the unthinkable. The character Charlie had a seemingly perfect life, one that is sold through joyful flashbacks, but as the marriage disintegrates, Driver is forced to reflect upon what he’s actually achieved as he’s increasingly forced out of his comfort zone. The world of lawyers and Los Angeles is alien to Charlie, and seeing the power shift within the relationship gives Driver the chance to slowly deconstruct what Charlie actually desires.

It’s a gradual and nuanced deconstruction that slowly escalates as Charlie completely transforms his life in order to appease the divorce lawyers, and it culminates in the transfixing argument scene in which Charlie unloads all of his emotions upon Nicole. The brilliance of the scene is that many of the things Charlie says are obviously untrue, but he’s so beaten down at that point that he’s willing to say anything. The fact that Driver is able to go to those deeply emotional places in a film where he also sings Stephen Sondheim’s “Being Alive” speaks to the range he has.

Of all the nominated performances, Driver is the most deserving of a win, and as he continues to rise within the ranks of the best actors of his generation, his performance in Marriage Story will stand as the pinnacle of what he has achieved.