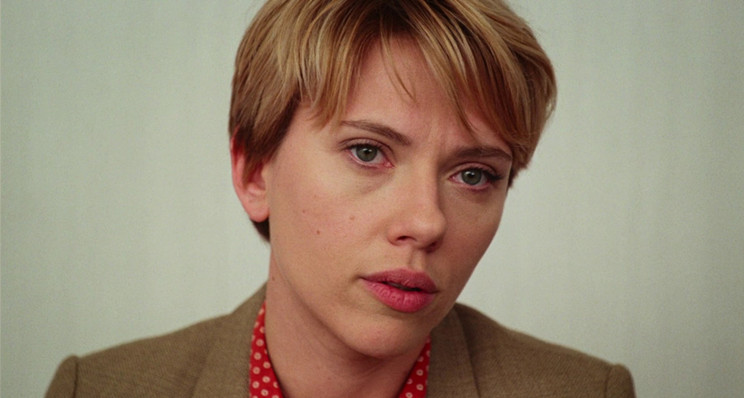 American filmmaker Noah Baumbach has been widely celebrated since his first film was released in the mid 1990’s. The majority of Baumbach’s films take place in or around New York City and the iconic settings are explored by the Brooklyn-born director in a terrific manner, almost harkening back to the iconic city’s rich filmic history. Baumbach’s sensibility possesses a deadpan humor that is unique to his style of filmmaking. Arguably Baumbach’s most distinguishing talent as a contemporary director comes through his storytelling, he is able to explore the universal questions of existence faced by all such as growing older and the maintenance of important relationships.

While it could be argued that the characters of Noah Baumbach’s films are too restricted to the upper-middle class and do little to represent society outside of creative spirits and well-off New Yorkers, the stories told in his films undeniably tap into experiences and crises that are faced by everyone in crossroads of their lives. This pragmatic sincerity is what makes the director stand out as one of the most relevant filmmakers of today’s world. Here is a list that considers ten of Baumbach’s films over the past twenty-five years, ranking from worst to best:

10. Margot at the Wedding 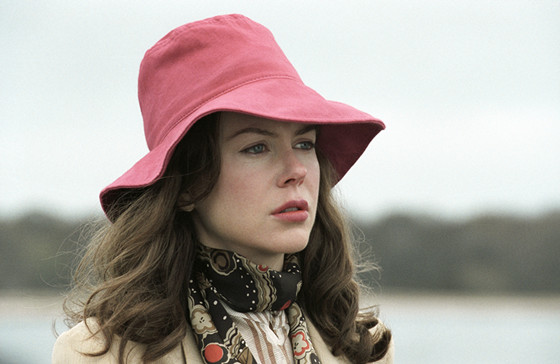 Arguably Baumbach’s most difficult and criticized film came in 2007 with Margot at the Wedding. As with many of Baumbach’s films, this one concerns itself with a dysfunctional family going through phases of change, specifically focused on a successful writer named Margot as she travels from Manhattan to Long Island to attend her sister’s wedding. While Margot at the Wedding possesses many solid elements of Baumbach’s filmmaking style, the story and characters ultimately ward off viewers from relating to the film’s overall direction.

The film’s eponymous character is well-acted by Nicole Kidman, but she experiences very little character development for the audience to connect to. Margot is selfish, critical and at times manic. While the audience does learn a bit about Margot’s difficult childhood and traumatic past, many of her self-centered actions seem still difficult to understand, especially when she is taking for granted the care and compassion she receives from her son and estranged husband.

As the film continues, Margot’s sister’s wedding grows closer and the relationships between family members begin to collapse in a frenzied fashion that would be interesting to watch, if only the film’s characters were more lovable or even more detestable. Overall, Margot at the Wedding is not a terrible film but it misses too many opportunities to resonate with viewers, making it a rather lifeless film to sit through in comparison to Baumbach’s other work.

Baumbach released his first feature film Kicking and Screaming in 1995. A story based on four young men left in an existential standstill after graduating from college, Kicking and Screaming shows Baumbach’s fascination with people in stages of life transition from the very beginning of his successful career.

The basis for Kicking and Screaming is quite simple – after graduating four friends refuse to leave behind their rambunctious college days and start their lives as autonomous adults. Young adults in crisis are a theme that Baumbach will come to deeply explore in his career, luckily so because this first film presents as an amusing but disjointed portrayal of youth in development. The ensemble cast of Kicking and Screaming is rendered in an uneven manner, focusing predominantly on certain characters and leaving others to be an afterthought. Superfluous storylines are present in the film that lack purpose, detracting from an otherwise charming and relatable plot.

Baumbach was just twenty-five when he released Kicking and Screaming. Although the film is weak in comparison to the director’s other work, it is still a decent film in the bigger picture that shows much of the Baumbach’s talent that will come to blossom. 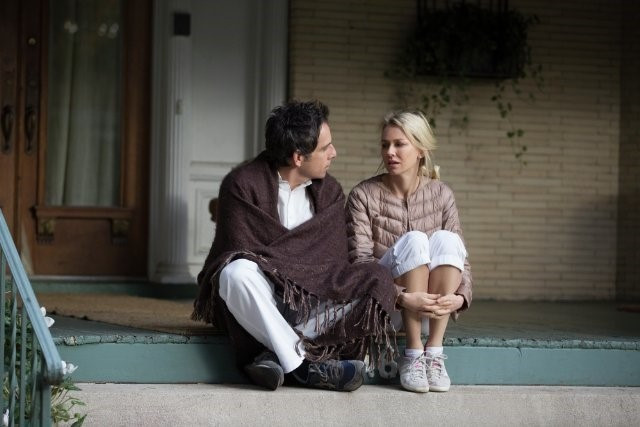 In 2014 Baumbach released While We’re Young, another star-studded film with a cast including Naomi Watts, Adam Driver, Ben Stiller, and Amanda Seyfried. The film largely concerns itself with the trials of growing older and finding success, in alignment with the director’s recurring existential themes. While the film is rich with humor and great performances as with Baumbach’s other work, in ways it falls into stereotypes and assumptions of youth that can feel outdated.

Josh and Cornelia (Stiller and Watts) are a middle-aged New York couple experiencing rough times in their relationship. Both working in different aspects of the film industry, Josh is still chasing success while Cornelia is more assured with her position. The couple’s lives are shaken up when they meet a young couple (Driver and Seyfried) who freshen up the older couple’s outlook. The film continues on and Josh and Cornelia soon learn the consequences of idolizing youth.

While We’re Young takes on conventional themes of a couple enduring a midlife crisis with Baumbach’s specific vision, but the director’s treatment of the young couple seems unlike him. The film’s youth are portrayed as the stereotypical Brooklyn-hipsters, which is a bit too shallow and conventional when considering the complexity of other Baumbach characters. While they need to be built up in a certain idealistic manner to serve the plot, the representation of New York youths seems out of tune with Baumbach’s usual precision.

There is no film directed by Noah Baumbach that should not be seen, but While We’re Young is definitely one that could be put on the back burner before viewing many of the director’s other films. 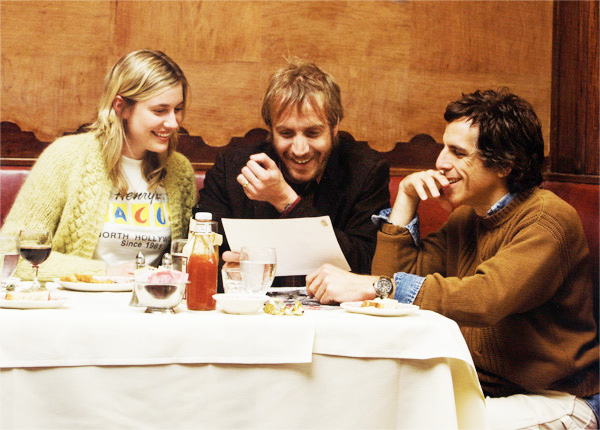 Baumbach swaps his typical New York setting for Los Angeles to create a more expansive and isolated film with Greenberg in 2010. Starring Ben Stiller and Greta Gerwig, Baumbach examines two people who strangely come together in the face of very different transitions in their respective lives.

Stiller’s character is Roger Greenberg, a middle-aged man who leaves New York City to stay with his wealthy brother in L.A after suffering from a nervous breakdown. Initially very dislikable, Roger is perceived to be aggressive and codependent in his social interactions.Soon Roger meets his brother’s assistant Florence, played by Gerwig, a twenty-something in the crossroads of adulthood who has recently suffered a breakup. The two begin an awkward, flaky romance and learn much about themselves from the experience.

In divergence from his expected performances, Stiller plays the lead in Greenberg with a special melancholy and detachment that thoroughly services the history of his character. Roger can be easy to hate because of his harsh words and actions, but his broken spirit makes it much easier to sympathize with his perspective. Los Angeles does much service to Roger’s isolation, a New Yorker in a city where a car is practically a necessity, he is constantly walking and asking for rides.

While Greenberg can be taken as one of Baumbach’s most melancholic films, it still finds strength through its interesting storytelling and strong performances. With the exception of being slightly lengthy in its runtime, it is a solid film made by Baumbach during the upswing of his career. 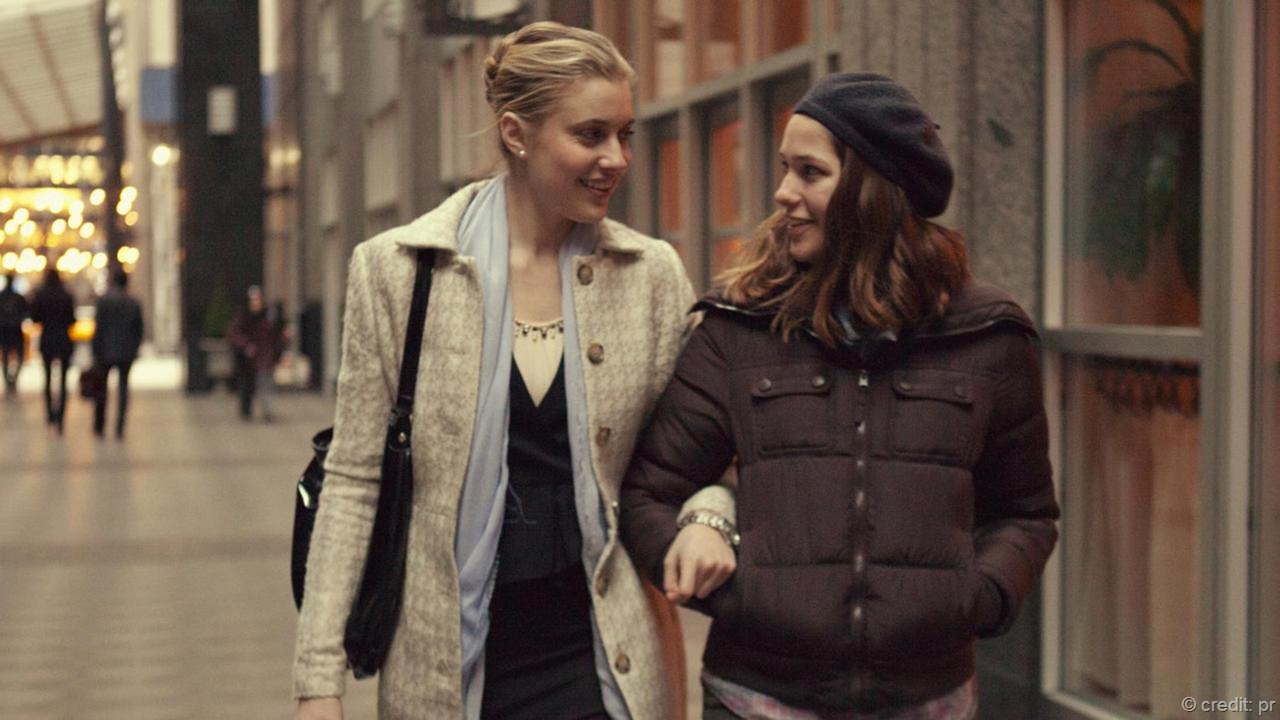 Another writing collaboration between Baumbach and Gerwig, Mistress America was released in 2015. A bit of a departure from Baumbach’s typical formula of families or couples, Mistress America centers its story around two young women. Arguably one of Baumbach’s funniest films, Mistress of America maintains a hilarious non-stop pacing that is a breath of fresh air from the director.

Barnard freshman Tracy is having difficulty adjusting to life in New York City, so she reaches out to her future step-sister Brooke. The women meet for an impromptu dinner and Tracy instantly falls in love with Brooke’s lifestyle. Brooke is a bit older – a self-proclaimed autocrat who lives in Time Square, knows everyone, and finds success wherever she seeks it. Tracy continues to trail Brooke’s life in a little-sister fashion, soon learning that Brooke does not have the hold on life that others may believe.

In typical Baumbach fashion, Mistress America contemplates existential worries of success, envy, and isolation in a nuanced manner that only the director is capable of doing. As the film progresses, the story becomes slightly ludicrous as Tracy and Brooke try to figure things out, but ludicrous in an entertaining way that aligns with the unpredictability of the characters. With an undeniably slap-stick climax, Mistress America is an awkwardly playful and funny film that should be seen by all Baumbach fans.