One of the biggest surprises of the year is how “Parasite” did this well with the major award bodies. Not only is it rare for a foreign film to get this much hype and love in an award season, but also, no other Korean film has ever gotten this many awards on the international level, or even managed to get in Best Foreign Language Film (now named International Film Award for some reason).

It’s great to know that many voters did actually care to watch a film with subtitles this time and brought a foreign film to the attention of wider audiences. This gave a hope that maybe Song Kang-Ho, a veteran Korean actor who’s very well known to cinephiles around the world for his performances in some of the best known Korean films, could score a nomination for himself. He earned many critics awards, including a win from LAFCA, and that SAG nomination and win for Best Ensemble was also encouraging.

In an interview, Song says he’s “always been drawn to characters with familiar faces — the kind of men who wrestle with life in a way that only seems ordinary from the outside.” He plays such a character here again, to the most perfect level possible, but despite a critical push and the hype around the film, we didn’t have a Marina de Tavira/Yalitza Aparicio kind of surprise this year and Song didn’t make into the final list.

Jordan Peele’s “Us,” a critically acclaimed and commercially successful follow-up to “Get Out,” didn’t maintain enough strong buzz to splash the awards season, and we know that Academy is not too kind to the horror genre; they just recently snubbed Toni Collette for “Hereditary” and Emily Blunt for “A Quiet Place.” Arguably both films had more popularity and discussion at nomination time than “Us,” but still, Lupita Nyong’o’s snub is kind of big because she actually did receive a SAG nomination, and she won most of the major critics awards this season.

Not to mention, she’s a previous winner for “12 Years a Slave,” and here she portrays two different, totally opposite kinds of characters; she uses a totally different kind of physical performance as well as voice for both characters, and the result is very impressive. It’s been long complained that AMPAS often ignores horror performances. In a perfect world, most of David Cronenberg’s leading men in the 1980s would be close to winning an Academy Award. What should be done to change it? Who knows, but Nyong’o’s snub once again remains that something has to be done about it. That said, Nyong’o proved here that she’s also a very capable and compelling leading actress and with or without an Oscar nom, and this must help her to score more of such great and complex leading roles.

Occasionally, Adam Sandler does act in dramas or comedies produced by companies other than his. He often receives acclaim for such roles, but especially in the last decade, his type of humour has received a lot of negative feedback, and his haters don’t even give him a chance in those films or claim he’s good because the roles are playing to his strengths as a comedic performer. It’s hard for them to claim the same thing for Sandler’s bravura turn in “Uncut Gems” as he never played a character this dark, full of greed, and unlike most of Sandler’s acclaimed turns, doesn’t show much of a vulnerable side.

Even though it was looking like the film was peaking at the right time and with Sandler winning the National Board of Review Award for Best Actor, “Uncut Gems,” just like another A24 feature on the list “The Farewell,” was totally snubbed in every category. Several industry people reacted to his snub, like Elijah Wood and Jennifer Aniston (in her SAG speech). There was also a sweet Twitter exchange between him and Kathy Bates that might be the best thing that came out of a snub.

Sandler still has a contract with Netflix and keeps doing lazy comedies for them, but with two Emmy nominations back-to-back for his comedy special and Saturday Night Live comeback, and goodwill from “The Meyerowitz Stories” and “Uncut Gems,” he is certainly getting a better image. If he keeps doing such high quality work, he may finally score a nom one day.

Willem Dafoe has been a consistently great performer for more than three decades, always staying relevant, and has never stopped being an interesting/surprising presence in movies. The thing with him is that he never phones it in and he never loses interest in his profession or cinema in general, which is why after all these years he still manages to surprise audiences. His range is just something else.

“The Lighthouse” gives him another chance to give an impressive (especially for his age) physical performance, transforming into a totally different character by using a different voice/accent and getting a lot of great moments. He’s both frightening and funny in that very long and very memorable monologue scene, which was shot in one take where he doesn’t blink. How many other actors can pull that off?

Sure, “The Lighthouse” is not necessarily an accessible film for AMPAS voters given its type and genre, and Dafoe needed a boost from the Globes to gain traction, but since he was on a roll recently with two back-to-back nominations for “The Florida Project” and “At Eternity’s Gate,” many predicted him as a potential surprise nominee for this film. It’s not like he was going to win for this (yet he’d be a worthy winner) but it’d help him to build his momentum for the time when he’ll finally win the eventual Oscar. It’s crazy that he’s never won. At least the movie got a Best Cinematography nom, which is well deserved. 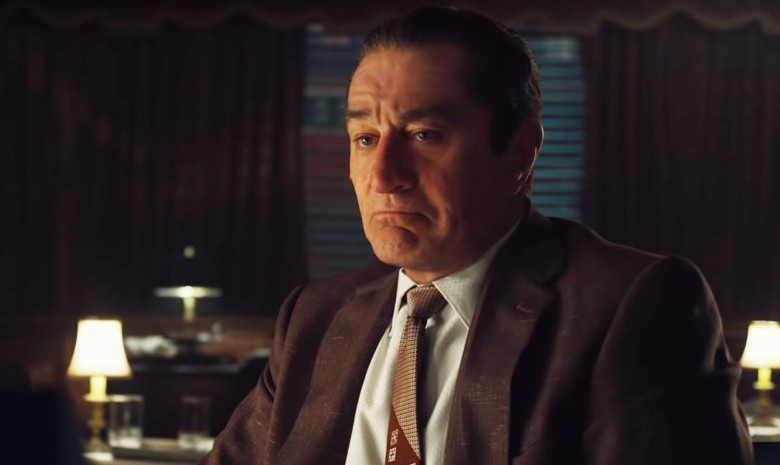 “The Irishman” deserved more nominations; it’s weird that it started to lose momentum considering what a great piece of art this movie is. Martin Scorsese is back with another masterpiece and brings back the old gang again, alongside some other icons he never worked before (I mean: Al Pacino!) – and it may go empty-handed. That’s just inexcusable. However, the most interesting thing is that Robert De Niro, despite being the heart and soul of the film and actually being THE Irishman, the title character of the movie, didn’t get a nomination from SAG, BAFTA, the Golden Globes, and in the end, the Oscars.

It’s hard to understand why; maybe the whole talk on film’s technology had been focused on his appearance, or the fact that he plays a stoic character for a large part of the movie, but it’s still a brilliant performance. That telephone scene or actually any moment from the last 30 minutes of the film should have been enough to get him in, but he surprisingly missed. It’s a character that is very complex, a hitman who has a lot of sensibility, regret and heartbreak. He makes Frank Sheeran a scary, intimidating presence, but it’s also a heartbreaking turn.

The more we get to see him, we see him reveal different sides of his character and it’s fascinating to watch. It’s not like the Academy doesn’t like him anymore; he managed to get a nom for “Silver Linings Playbook” even though he didn’t have a strong precursor run. He may not have gotten a nomination for his terrific acting, but since “The Irishman” is nominated for Best Picture, and De Niro is among the producers, he adds one more Oscar nomination to his general resume, which is cool.

Also, he just recently received a SAG award for Lifetime Achievement and another film he stars, “Joker” is the most Oscar-nominated film the year and it’s a film that pays a lot of homages to his iconic performances (“Taxi Driver,” “The King of Comedy” in particular). He was snubbed for a terrific late-career performance, but his legend and influence are still everywhere.