Speaking of “The Lighthouse,” we have to talk about Willem Dafoe. He never really stops having great years back to back. This year was not different. Not only are the roles insanely different, but the projects he chooses are way different from each other as well. He’s worked in blockbusters, foreign films, independent films, video games, animations, and he’s not interested in doing less.

In “The Lighthouse,” Dafoe is fascinating because for a man at his age, it’s amazing how he welcomes such physical scenes and goes to extreme places (he eats real dirt in the end!). And that famous monologue? Who can deliver it better? It’s hard to imagine anyone else taking this kind of role and delivering the frightening and comical aspects of his character such impressively. “The Lighthouse” is one of the best and most unique films of the year and Dafoe just nails his part.

That’s not all though, if you love old-school Disney dog movies, Dafoe had a charismatic lead role performance in “Togo,” a fascinating story about the 1925 serum run to Nome. The CGI is surprisingly well done and the movie is heartwarming as well. For a man who spent most of his career in supporting roles, “Togo” proves once again that he’s a great lead actor as well. As if those were not enough, Dafoe had a supporting turn in Edward Norton’s “Motherless Brooklyn” – a film that deserved better reception – which also happens to be a way different role than “The Lighthouse.”

His 2014 Abel Ferrara film “ Pasolini” also finally got a U.S. release in 2019, featuring yet another haunting performance. Another project with Ferrara, “Tommasso,” also premiered in Cannes to mostly positive reviews. At the age of 64, Dafoe has the energy and curiosity of a young talent, and he never stops surprising with his exciting projects and daring roles.

One of the biggest stars on the planet, Brad Pitt has had an excellent career full of surprising roles and great films. He often comes off as a character actor trapped in movie star’s body, but yet he’s impressively managed to take risky roles given his star status. This year he was the lead in James Gray’s “Ad Astra,” which opened to strong reviews at the Venice Film Festival and earned Pitt absolute raves. Gray fans particularly appreciated his filmmaking and the philosophy brought to the movie, but Pitt’s performance was one of the main reasons why the film worked, because it shows his movie star charisma and how well he fits into the world of auteur-driven cinema.

Though his awards recognition came with Tarantino’s absolutely excellent final feature “Once Upon a Time in Hollywood” where Pitt portrays Cliff Booth, a role that once again shows he’s a great movie star as well as a character actor. Pitt has the charisma of a star, an old star even though he plays a stuntman here, but he’s also a terrific supporting performer who shines as a character that seems to be cool but who makes you aware in more than one scene that he has a kind of menacing and dark side.

This likely makes the character even more complex than what’s in the script; Pitt expertly brings more layers to the character and his line deliveries are particularly great. No wonder he’s the Oscar frontrunner for the role, with two performances that are acclaimed in the same year in two very well received movies. It seems his time has come.

Al Pacino’s late career is fine, not bad; he still got some strong parts in Barry Levinson’s TV projects, but when it comes to bigger, theatrical releases he seemed to struggle to find the right role and  project that deserves his legendary presence and acting talent.

This year he’s in two of the best films of the year. His extended cameo in Tarantino’s “Once Upon a Time in Hollywood” may disappoint some fans in how an actor of his caliber didn’t get a strong enough role, but if you think about it, it’s great casting. Because he’s the one that gives DiCaprio’s character acting advice and as some kind of veteran, he gives an old man’s perspective on the movie industry. Who could be a better choice than Pacino? He’s a delight in this role and it’s great to see him in such a strong film in his late career.

But yes, it’s “The Irishman” that got yet another incredible performance from him. Fans have long awaited to see him collaborating with Scorsese. His collaborations with other great filmmakers of his era – Francis Ford Coppola, Sidney Lumet and Brian De Palma – have all brought legendary performances and here in “The Irishman,” an epic gangster masterpiece, he gives one of his best performances as Jimmy Hoffa. Nicholson’s performance in “Hoffa” was fine too, critics were a little harsh to it, but Pacino takes the role to an absolutely different level and brings his own great intensity to the part, an intensity that we’ve missed seeing on screens for years. Pacino is back and he’s still as legendary as ever. Hopefully he’ll have more great years.

Florence Pugh’s breakthrough in “Lady Macbeth” was one of the best performances of its year and was also one of the best films that deserved more recognition. While it was a bit disappointing that her follow-up works like “Outlaw King” didn’t turn out well, 2019 finally did her talent justice and gave her three great films to shine in. She was great earlier in “Fighting with My Family,” an entertaining but overlooked movie, but her later turns in “Midsommar” and “Little Women,” two of the best movies of the year, are what we need to talk about. She’s sensational in both films.

“Midsommar” is not “Hereditary” but still a strong, much-discussed feature and like “Hereditary,” it has a strong lead role that allows Pugh to shine; her role is a character that has a lot of vulnerable and broken sides but also has repressed anger in herself. Pugh delivers all of her big moments effectively and her last smile in the movie is one of the main reasons why this movie is so haunting.

As for “Little Women,” some were already thinking, “Do we need another Little Women adaptation?” before the film was even released. Apparently we do; Greta Gerwig loves the material so deeply and gives a fresh perspective to the story with a new structure that manages to impress those who’re already familiar with the story and unfamiliar alike. Pugh plays Amy, one of the least liked characters by the fans of the novel and previous film adaptations, but here, Gerwig adds more layers to her and she becomes more empathetic and more interesting. And apart from Gerwig’s writing and direction, it’s Pugh’s strong performance that touches our hearts. A well-deserved Oscar nomination for Best Supporting Actress. 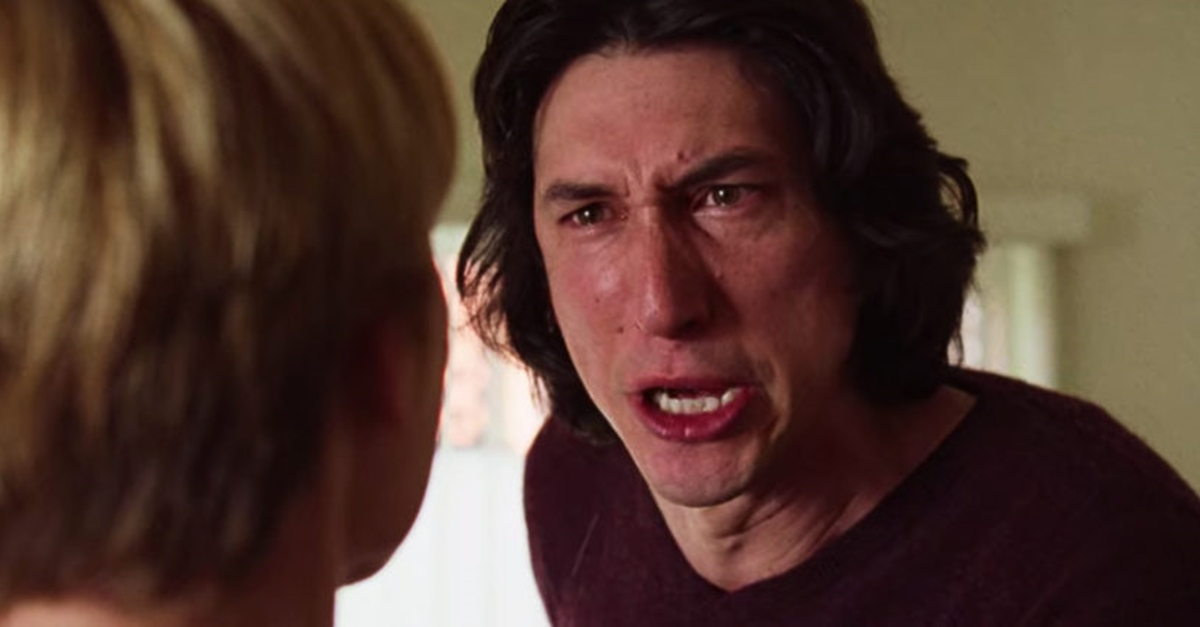 Unfortunately, “The Dead Don’t Die” is hardly one of Jarmusch’s best, and latest Star Wars film, despite being a box office success as expected, is not beloved by critics. But Adam Driver still had one hell of a great year with his phenomenal turns in “Marriage Story” and “The Report,” two of the best films of the year. If you watched “Spotlight,” there were times when Mark Ruffalo – who’s often a good actor – was slightly overacting in some scenes, but that’s where Driver’s strength comes from.

Regardless of whether things get tense in “The Report,” Driver is always convincing and his line deliveries are perfect as are his mannerisms and expressions. It’s not exactly a subtle performance, but he doesn’t feel the need to go over-the-top to try to impress Oscar voters. As for the film itself, it’s a strong, powerful work but given its nature, it’s understandable how it didn’t appeal to many moviegoers.

As for “Marriage Story,” it’s a great film, arguably one of the best of the year, and Driver, who previously collaborated with director Baumbach in three other (great) films, gets what we may call his best performance yet. It’s not just the argument scene, which everyone talks about, but that moment when he reads “I’ll always love him, if it doesn’t make sense anymore,” or his more humorous interactions with Alan Alda’s character, or hell, even the scene where he can’t open the jar.

Everything about the performance is so natural, so humane, so full of touching, sometimes sad, sometimes funny moments. With two excellent performances in two great movies, Driver remains as a talent to watch. He has worked with many auteurs recently and will probably continue to do so. These two films show that he has much more surprising and impressive performances in him. Already a two-time Oscar nominee, a Tony nominee, and three-time Emmy nominee, it’s certainly interesting to see where he’ll go from here.