It’s pretty straightforward. You need a script to make a film or a story that translate to the screen. And for some iconic directors, they would not be where they are today without some of their closest collaborators – the writer(s).

Sure, auteurs or the writer-director can state his or her vision straight from themselves, but it’s two different forms of the craft. Regardless, it all eventually starts with the story, the characters, the narrative, themes, dialogue, and all the components between the director and the screenwriter. 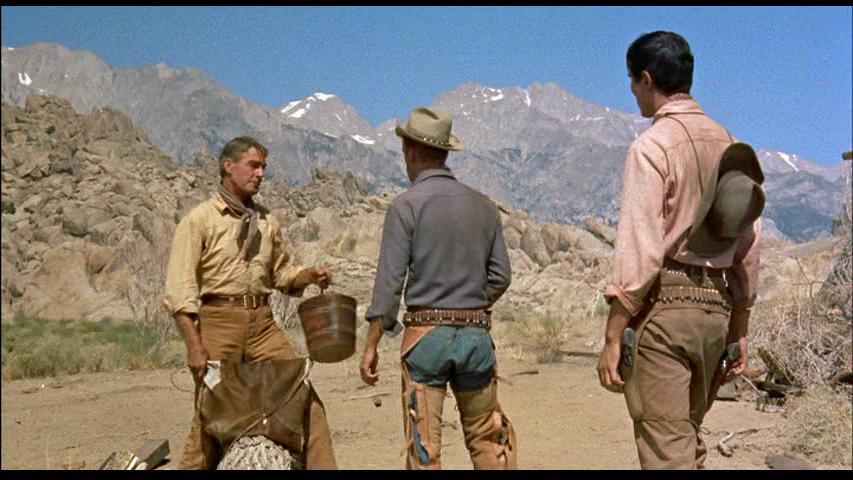 Kennedy would eventually direct himself, but started to collaborate with Boetticher in the mid-to-late 1950s, strictly on western films. Boetticher would later state his films with Kennedy were “not B movies but C movies,” meaning they were so small in budget in the Hollywood era that they could risk more, and they certainly did.

They worked on four westerns together, but explored adult themes of isolation, sexual innuendo, morality, and redemption. They were able to get away with certain acts of violence or slightly critiqued parallels to modern-day American society at the height of the Cold War because despite the fact people were watching, it wasn’t the studios but the audiences. Their films were tight and no-nonsense, just like the characters and usually under 80 minutes. They both had something to say and tell, and they did just that.

All of their films star Randolph Scott, which shows how two collaborators can write and direct one actor in different roles and use the actor’s persona and bravado to tell their story. Though the collaboration was brief, it’s a greatly underappreciated partnership that the western owes a few things to.

How does a script, written in an observant and objective fashion, translate to a highly subjective and personalized style and result in a masterpiece? We don’t know nor essentially care, but “Taxi Driver” changes a few things. Schrader, a masterful director himself, started out as writer in Hollywood while Scorsese was looking for material.

They shared a shorthand due to their love of cinema and understanding of the form and are still friends to this day. Schrader knows how to write a script; whether for himself or somebody else, he truly writes pages for the screen. And then Scorsese elevates them into a kinetic form of storytelling whether it’s about a boxer or Christ himself. Maybe it’s the contradiction of their two styles that make the writer – director duo work? In the end, it did.

Unfortunately, Schrader felt that their last collaboration, “Bringing Out the Dead,” would be their last, because he stated, “What was a writer and director in a room was now two directors in the room.” Well, at least they continue to praise one another, share a friendship, having left behind a couple of masterpieces in the process.

Yes, despite only one year and one film and one documentary, they were a stunning pair. Living in exile from his native Russia and making “Nostalghia” in Italy, Tarkovsky befriended the poet and writer Guerra where they created a film soaked in poetry and personal angst.

Guerra was no stranger to working with giant European directors such as Fellini, Antonioni, the Taviana Brothers, and Angelopoulos, but why has only one film with Tarkovsky become a groundbreaking event? Maybe it was the mix of Italian and Russian cultures? The meddling of two artist geniuses expressing the same point of view?

The themes of loneliness, lack of communication, separation, and the suffering of a Russian in Italy correspond directly from life to art. Or just take any scene where Guerra and Tarkovsky discuss cinema, art, life and death and everything in between in “Voyage in Time.” Maybe it’s because we see the actual collaboration of opposed to co-writing with the others.

Regardless of the minimal work output, their togetherness can last enough writer-and-director prowess for future duos to be inspired. 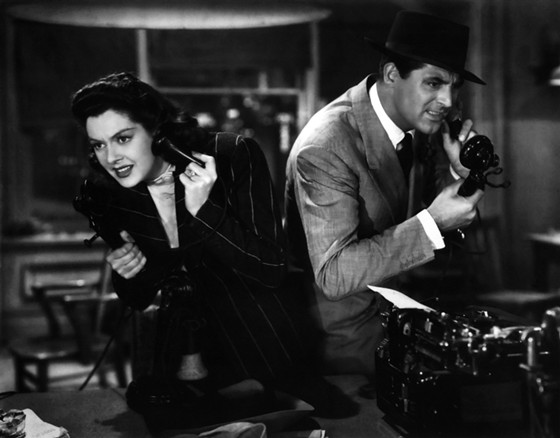 Howard Hawks was able to jump from action to thriller to western to screwball comedy like no one else. And how he made so many iconic comedies was because to his go-to writer Charles Lederer for those works.

Hawks was always on the move in the studio system so he needed great material, which Lederer provided. Their razor-sharp dialogue, witty characters, and scenes that people ooze over and can watch over and over again made them a staple. Despite their relationship being professional, unlike Lederer and Orson Welles and such, Lederer knew how Hawks worked so he didn’t try to do anything out of the ‘screwball’ arena for his director.

Despite only a few other writer-director combos in the Hollywood system, such as John Ford and Frank Nugent, where writers were hired to write and directors to direct, they never crossed boundaries as Lederer and Hawks were always onto the next project. Maybe if it were different times, they could have made more screwball zany comedies but for a little over a decade, they were just fine together.

Highlighted works: Pitfall, Woman in the Dunes, The Face of Another

Probably the most original duo on this list is Abe and Teshigahara, who created postmodernist works dealing with surrealism, absurdism, and a critique on Japanese society. Despite only four films together where Abe adapted from his own novels, they left behind a puzzle of creativity to never tire.

Each of their films deal with repetitive themes as mentioned above but always in a situation with a unique eerie mood and atmosphere. According to archival interviews, they worked very closely together, not necessarily in the writing but the discussion of themes and the feel of the film they wanted to create. Since Abe was bringing his own work to the screen, he was able to sit with it for years even before knowing Teshigahara.

How they were able to get so many outer-worldly yet completely internal ideas in each of their works is truly beyond most viewers, but again, maybe that’s just one of the points of their work together. It wouldn’t be surprising if Charlie Kaufman had this with Spike Jonze or Michel Gondry years after.