5. Welcome to the Punch 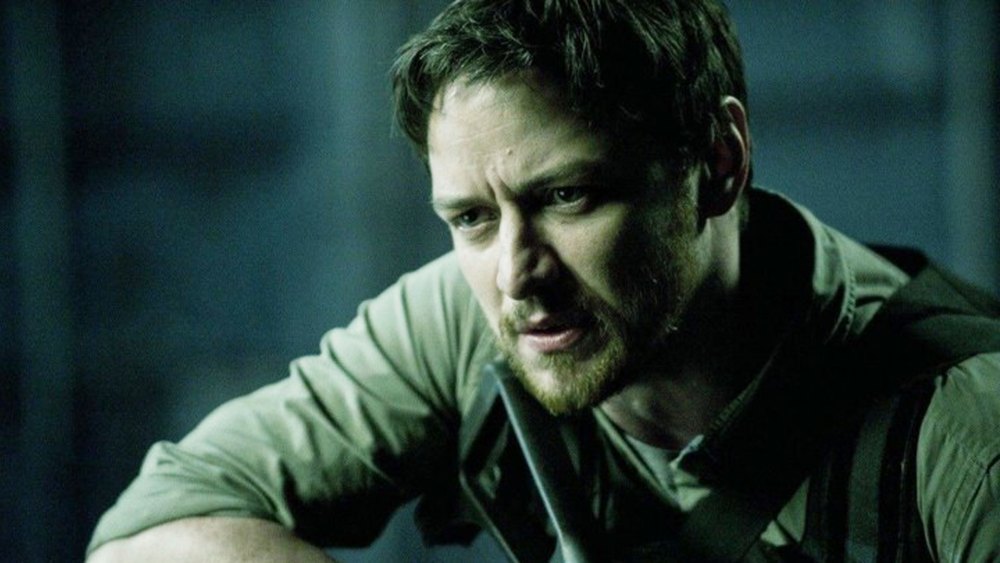 It’s easy to draw comparisons to Michael Mann, and while Creevy certainly seems inspired by the rich, sweeping world building of Heat or Miami Vice, he also adds a lot of his own stylistic interpretations, including an odd sense of poetic fulfillment that comes from the successful bank heists and motorcycle getaways seen on screen. It’s a great cat and mouse game, with James McAvoy as the troubled cop Max Lewisnsky and Mark Strong as the enigmatic criminal mastermind Jacob Sternwood.

A dynamic opening scene instantly conveys the relationship between the two; Sternwood embarasses Lewinsky with his successful bank robbery, but does not kill him, a move that inadvertently sends Lewinsky on a downward spiral of self-doubt and cynicism. The eventual chase that ensues becomes a more personal affair, as Lewinsky seeks both redemption for his failures and an answer to why his life was spared.

Both actors do amazing work; McAvoy has a great ability to channel desperation and rage into a performance, and Strong is always great at being the most clever, orchestrated figure in a room. Fans of Matthew Vaughn or Guy Ritchie might enjoy this similarly stylized Brit flick, which remains unfortunately underrated. 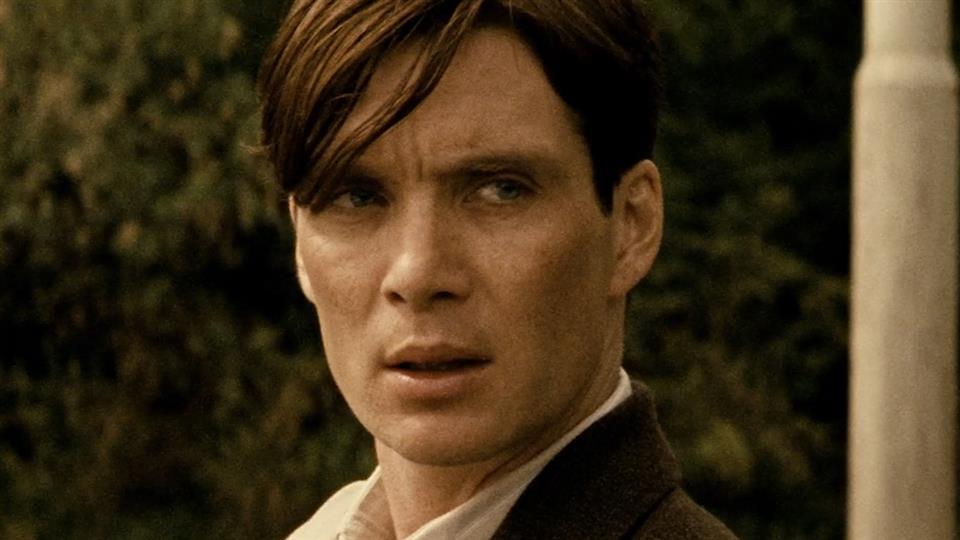 Anthropoid is a great mix of the war and espionage thriller subgenres, and depicts the real attempted assassination of one of Hitler’s top lieutenants by Czech government agents in 1942, with Jamie Dornan and Cillian Murphy as two of the top spies leading the operation.

There’s an immediate urgency to the importance of their mission, and both agents understand going in that the dangerous nature of their mission will most likely result in martyrdom. Both feel the weight of their responsibility to change the tide of the war, but things grow more difficult when Dornan’s character begins to develop romantic attachments to one of their co-conspirators and begins to lose himself in the figure he’s disguising himself as.

Anthropoid is absolutely unflinching when it comes to its violence and paranoia; the actual assassination, depsite being meticulously planned over months, ends up becoming a more frantic and uncoordinated affair when botched technology forces the assassins to improvise.

The film also does a good job at continuing its story dutifully to the end, as the eventual manhunt for the Czech agents is just as thrilling as the big action setpiece, and the brutality of the Nazi’s torture methods are uncomfortably realistic.

The final sequence, in which the Czechs are held up in a church as enemy forces surround them, is a crushing but also moving tribute to all those who were unafraid to confront evil. Although it’s not often ranked among the best World War II thrillers, Anthropoid is a terrific true story that is much more than a history lesson. 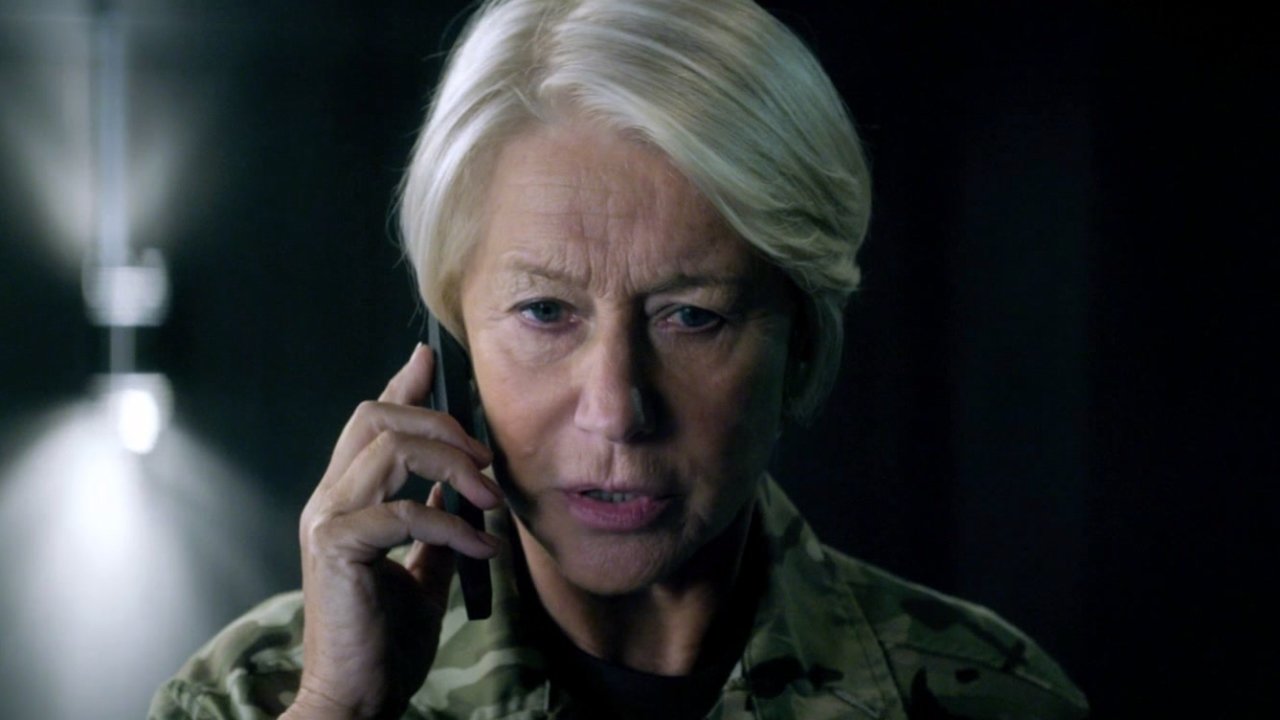 Rarely has the complexity of modern warfare been depicted in such detail, and Eye in the Sky is able to show how following the chain of command complicates the decision making process, particularly when it comes to challenging ethical decisions.

A coordinated mission between the United States, United Kingdom, and Kenyan intelligence agencies is derailed when a young civilian target becomes a potential casualty in a drone strike against a terrorist compound. As different avenues are explored and each government vies for control of the operation, the situation escalates and more lives are put in danger when it becomes clear that a suicide bombing will occur.

There’s a recurring theme that despite the nuanced procedures and laws in place, the situation remains chaotic with no easy answer to what constitutes justice. These hard decisions are brought to life through a terrific ensemble, with each character adding a valuable perspective to the crisis. Aaron Paul gives his best film performance as an American pilot who is overwhelmed by the conflicting orders that he’s given, and despite all those who seemingly have influence over the situation, he’s the only one who will end up pulling the trigger.

Still, it’s the late great Alan Rickman who steals the film in one of his final performance as British Lieutenant General Frank Benson. Rickman conveys a history of experience, and gives the film’s best line- “Never tell a soldier that he does not know the cost of war.” 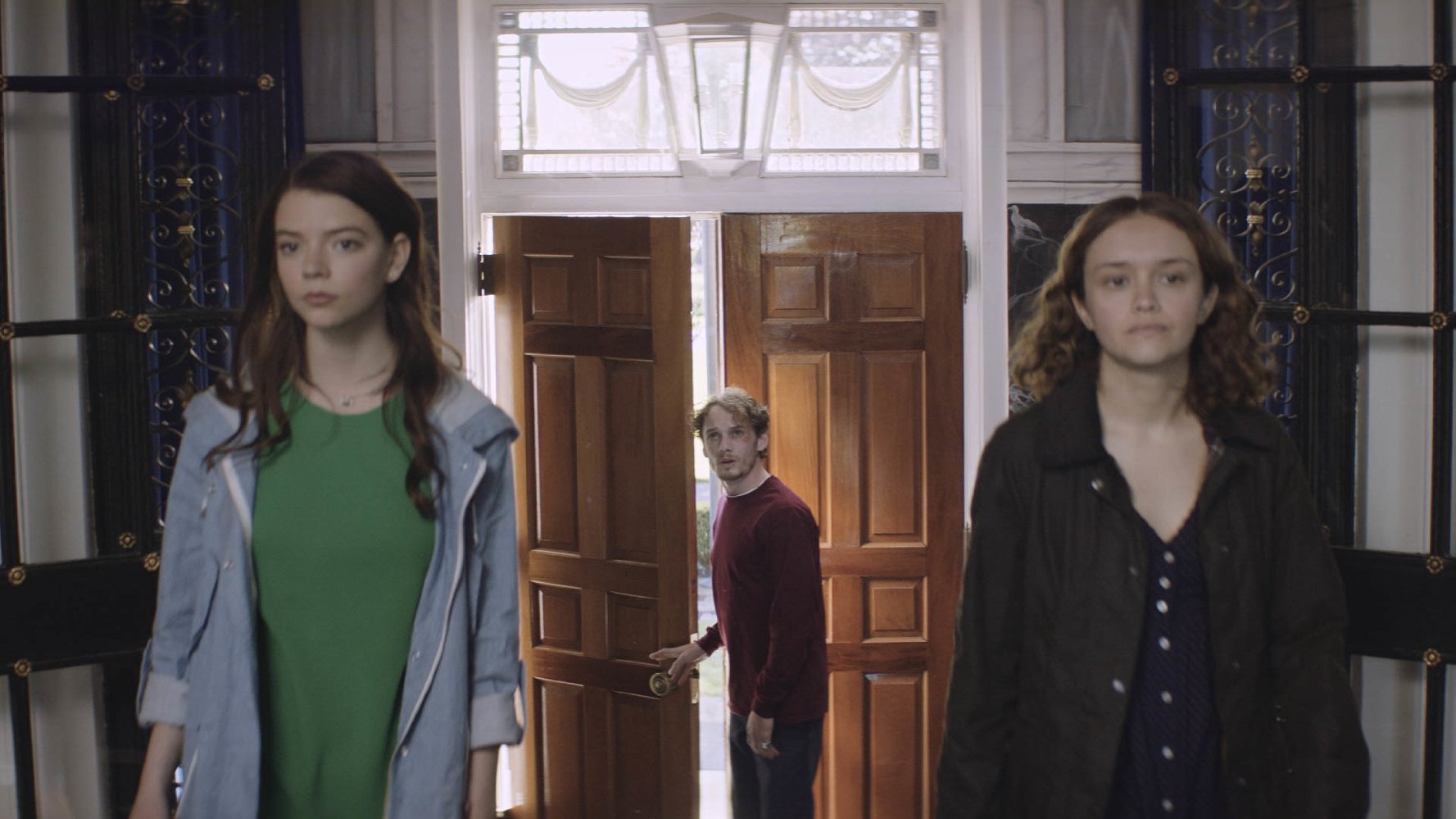 A devious dark comedy with two dynamic lead performances, Thoroughbreds is brilliantly self contained and feeds off of the characters’ sick energy and blunt admissions to find a unique approach to a botched murder scheme. Lily (Anya Taylor-Joy) is highly emotional and along with her stoic friend Amanda (Olivia Cooke), plots to murder her egocentric stepfather (Paul Sparks).

The justifications that these two have for their crime, which include boredom and annoyance, are highly comical, but once their ambitions begin to manifest into a real plan, the film balances its sick shocks with funny character quips. The insanity of the situation gets increased when they recruit Tim (Anton Yelcin), a small time drug dealer, to help them.

Taylor-Joy and Cooke have to play complete opposites when it comes to their vulnerability, and it’s traits that the two gain from each other that makes each of their character developments so interesting. As Lily begins to learn how to be deceptive she hides her emotions more, and over the course of their scheme Amanda’s past trauma becomes more transparent despite her best intentions.

The characters are both straightforward with each other, and the slow building of the plot allows both characters to play off of each other’s wild ideas. Sparks is also excellent as Lily’s stepfather, and while at first he doesn’t seem particularly malicious, it’s interesting to see how his mean-spirited nature affects both girls. Simple, slick, and judicious with it’s violence, Thoroughbreds is compulsively watchable. 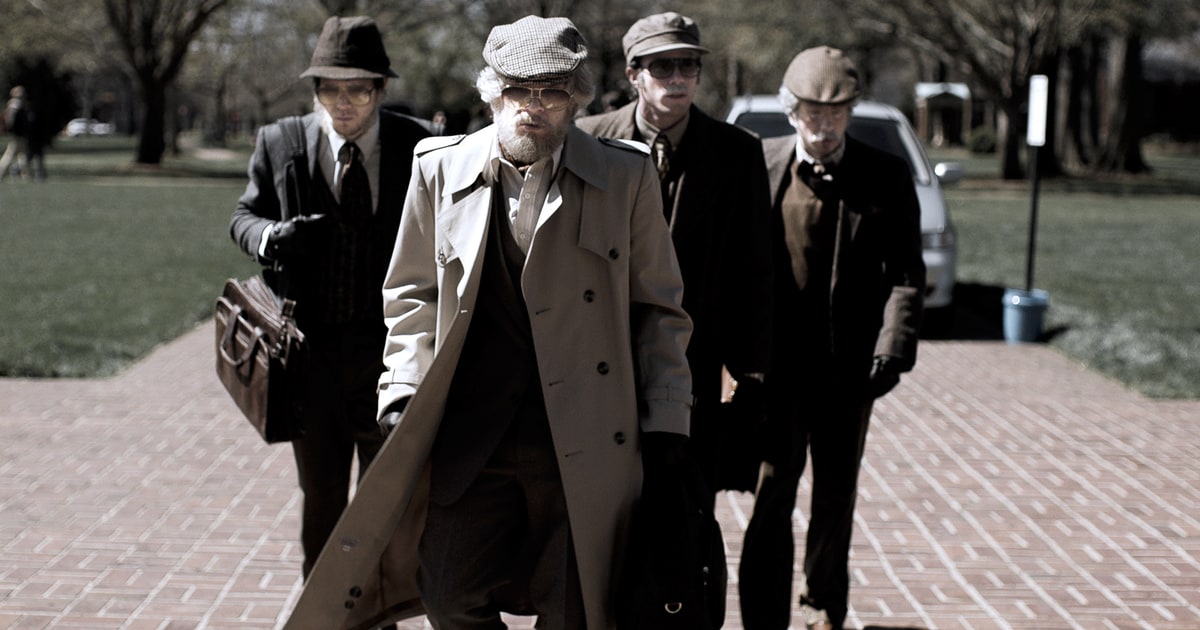 Redefining what was possible for a true crime film, American Animals combines real life documentary interviews with the film’s subjects alongside the narrative recreation, which stars Barry Keoghan, Evan Peters, Jared Abrahamson, and Blake Jenner as four young men who pulled off one of the most audacious art heists in history. The documentary elements are limited to the interviews alone, and are there to establish the motivations and emotions of the characters, which is coupled nicely with the recreations that depict the heist in a stylized, cinematic fashion.

As the real life interviewees contradict one another and the legitimacy of some scenes comes into question, the film becomes a meta commentary on how each character defines their own truth and subverts their own memory. What’s unique about these characters is that they aren’t motivated by greed or maliciousness, but out of unfounded desires and feelings of discontent within a so-called “normal” life.

Each character’s moral flexibility when it comes to pulling off this extraordinary task is different, with Evan Peters doing great work as the group’s more ambitious, eccentric member, and Barry Keoghan as the soft-hearted moral compass.

American Animals considers all parts of what a heist film could do; often the most exciting part of the heist is the planning and orchestrating, and seeing the team gather materials and draw up their plan plays out perfectly once their mission becomes derailed. Even more intense than the frantic heist itself is the anxiety that sets in after the heist, as the four guys are unsure of how to sell this artifact and how they’ll ever return to their normal lives when it’s all over. American Animals sets up fascinating themes about fulfillment and adolescent ignorance, but remains a fast-paced thriller that doesn’t sacrifice its own entertainment value.