It’s a sad truth that for many of the greatest directors to ever sit behind a camera, there is normally at least one poor film that they’ve made. For Martin Scorsese, it’s Boxcar Bertha, for Akira Kurosawa, it’s Sanshiro Sugata, for Alfred Hitchcock, it’s Mr and Mrs Smith and for Steven Spielberg, it’s… quite a few of his films, actually.

The point is, even the greatest directors can make poor films, however, for every great film there is also almost always one that just slides under the radar from the most recognisable directors. This list will be about ten films from popular/famous directors that happened to fall under the radar. 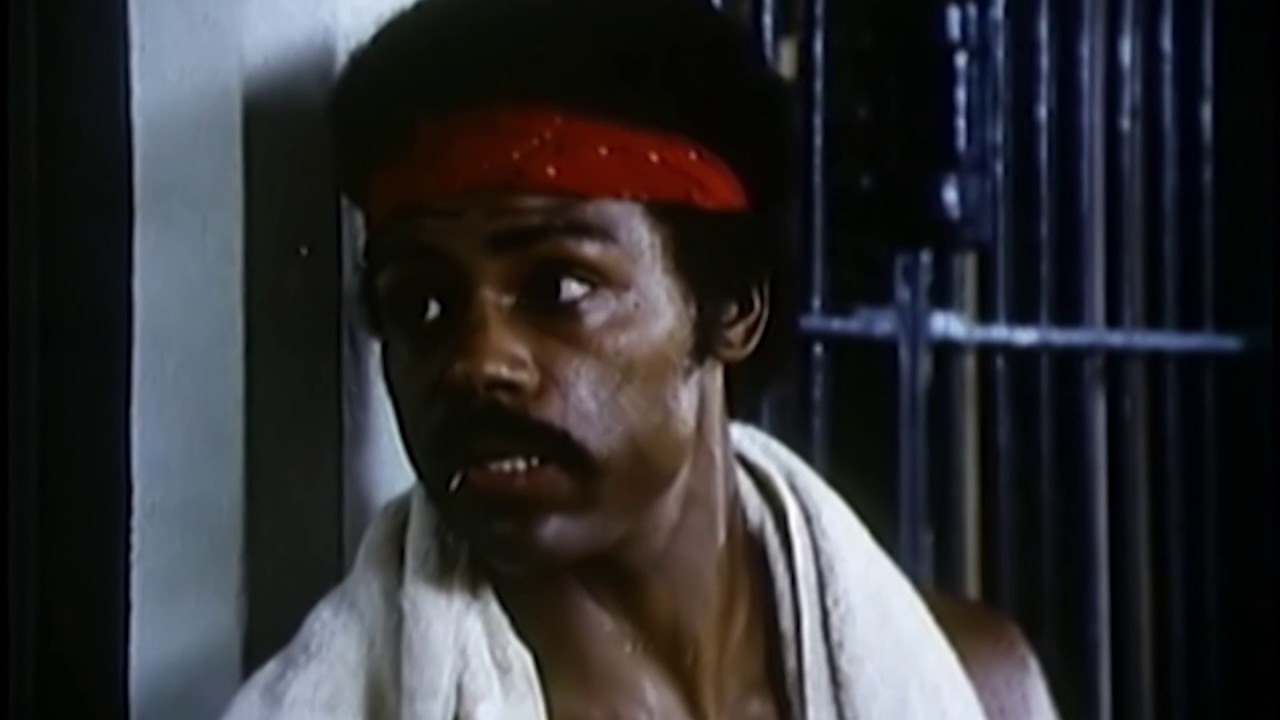 Starting with the most forgivable film to miss from this list, The Jericho Mile is a TV film directed by the excellent Michael Mann in 1979. It was his first film, which makes it obvious to see why this one ended up going largely unnoticed, and along with a TV release, this one was never really going to go all too far, however, that doesn’t mean that it isn’t a good film.

The film is about a man in prison who can run incredibly fast, and it touches on the irony of his running speed when his trapping surroundings come into play. Due to the running, the protagonist (played by Peter Strauss) is gradually given more trust and more freedom, and yet this just continues to build on the irony. Working as a clear indication of Mann’s ideological focuses coming to life, the film also has his frequently used look at criminals against police, with the trapped convict and his desperation to simply be free.

Considering just how popular Michael Mann would become, thanks to a string of incredible films from Thief all the way to the recently released Blackhat (we’ll just pretend that The Keep doesn’t exist…), it’s surprising that his earliest works have gone so overlooked, especially considering that they’re really quite charming on their own. They may not be as polished as Heat or The Insider, or as impactful as Miami Vice and Thief, but don’t let that put them down, they’re wonderful, small scale works. 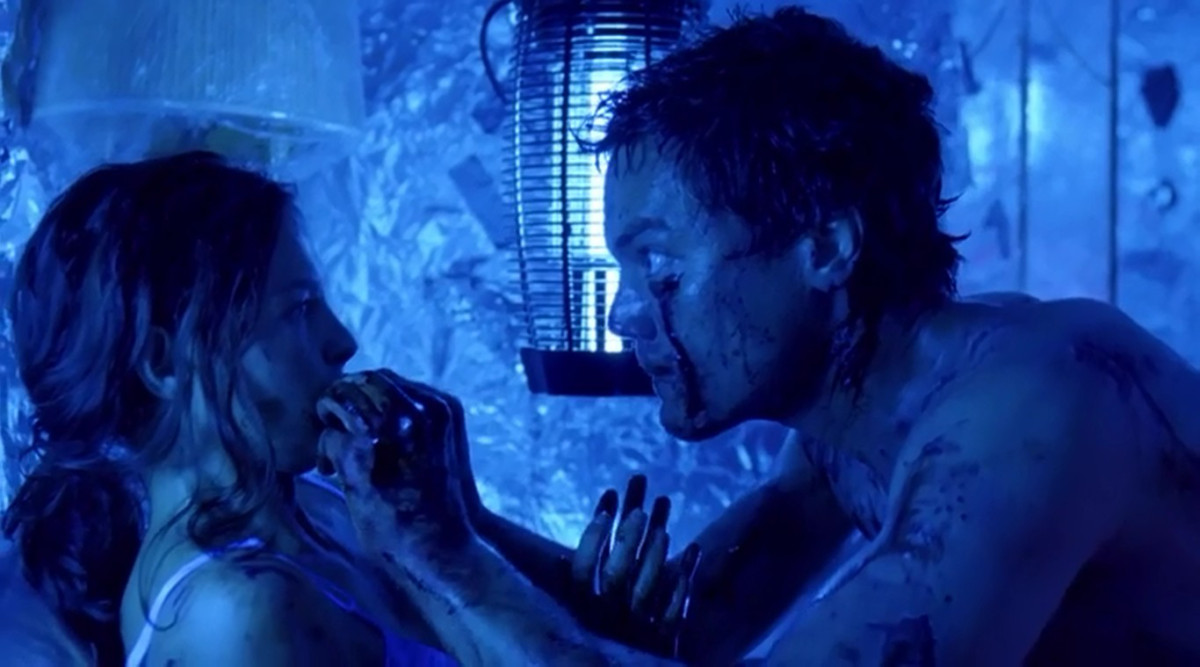 Now to get what is probably the most divisive film on the list, Bug. Directed by all-time great William Friedkin, Bug is one of the most bizarre movies to come out of the 21st century so far. The film is about a group of characters who become subject to a strange bug infestation, and it shows how each of the characters ready, growing incredibly paranoid and deranged over time.

The film is incredibly weird, eerie from the opening shot to the last, and also features Michael Shannon in one of his craziest performances to date. Yes, that includes his turn in Bad Boys II as a KKK member… really.

It’s astonishingly directed, and it feels completely detached from literally any other movie out there, despite the fact that the premise brings movies like John Carpenter’s The Thing to mind, just to mention one example. It is incredibly well handled, even if it is occasionally silly, the silliness only adds to the discomfort for the audience as the characters and their actions are so difficult to understand and process that it’s difficult to keep up.

It’s just so good to see Friedkin continue to make whatever he wants to, even if it is hard to believe that a film like Bug came from the same man who directed some of the most serious, moody films of the 1970’s. It’s easy to understand why a director who moves from style to style as fluently as Friedkin does can lose an audience somewhat, but it’s still a damn shame.

Now for the most famous film on this list. The reason for this one being so overlooked is probably as simple as the fact that, coming from David Lynch, this is such a restrained film, to the point that it is in fact a Disney production… that’s right, David Lynch has made a Disney movie!

Considering that Lynch is usually freaking people out with his almost unmatched consistent surrealism, which is in essentially every film he has made aside from The Straight Story (which only sees Lynch’s strange nature in a few short moments), it’s possibly even weirder to see him restrict himself and work with what is ultimately a very simplistic film, even if it is a frequently touching one.

The film is based on a true story of a man who drove across America on a lawnmower to see his sick brother, and maybe it is out of respect for the true story that Lynch decided to stick to reality for the film, but no matter what led him to produce the film in the way that he did, there’s no denying that it’s a beautiful film.

One so beautiful, in fact, that it makes one question what it would’ve looked like if Lynch made more films focused on realism, however, be careful what you wish for, you could end up with another Dune.

Anyone reading this list will be able to recognise Christopher Nolan by name, and a good amount of you will possibly recognise Following by title too, however, it remains one of Nolan’s finest films alongside Memento and Dunkirk.

It’s great to see Nolan forced to work with such a little budget, seeing as now we only see him working with some of the biggest budgets in film, and Nolan clearly works very well under pressure, as Following is a terrific, small scale thriller about a young man who follows people for writing material, eventually running into a thief.

It’s wonderfully twisted, much like a great film noir, and just seeing the way that Nolan works his way around the restrictions presented by a low budget is fascinating, for example, the use of a rubber hammer in one scene as opposed to a gun.

It’s hard to be certain just how much of the greatness contained in Following was intentional, and how much of it came from the necessities of a low budget, but either way, it’s a fascinating film, and one worth looking at for any aspiring filmmakers, even if it hasn’t been seen by many. 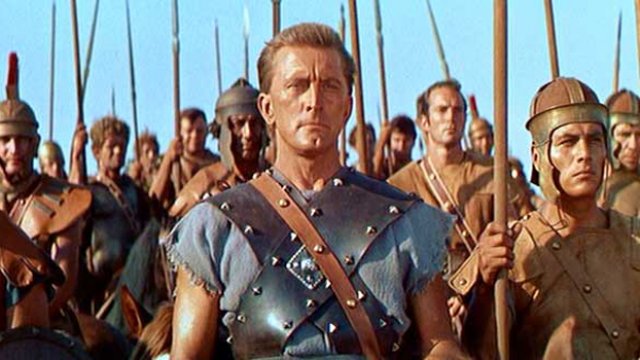 This is more than likely the film with the largest budget on this list, and maybe the most well known, however, that doesn’t mean that it isn’t well worth your time. The reasoning behind including this one is that so many seem to overlook it as a Kubrick film, largely because it does stick out of his filmography as a film that seems outside of his usual interests, however, Spartacus is a great film nonetheless. It’s a sprawling epic, and one that manages to make the 197 minute runtime feel like 90 minutes at most. It’s a stunning work, visually, shot in technicolour and also using some special effects to really enforce the epic scale of the film.

Though the second half does sag somewhat, both in pacing and general interest, the film is still ultimately one of the more interesting film epics, and it’s difficult to imagine the excitement that some moviegoers would have experienced when seeing it back in 1960.

It’s surprising that such an exciting film is so often forgotten by so many film fans, however maybe that just enforces the intense feelings that so many have for Kubrick and his films, to the degree that a film as good as Spartacus can become overlooked.

302
SHARES
FacebookTwitterSubscribe
Subscribe via Email or RSS Feed
Pages: 1 2
Comments (10)
Great Movies By Famous Directors You May Have Missed