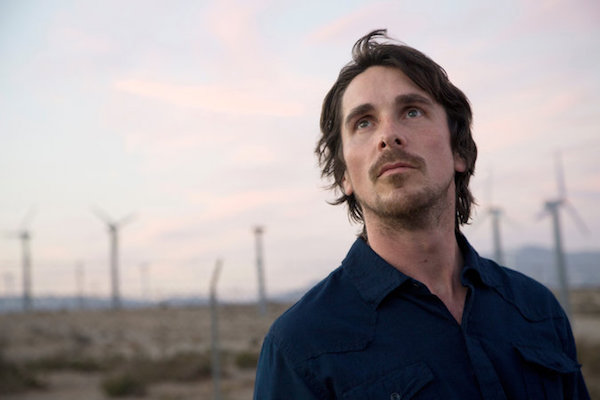 “I think a good film is one that has a lasting power, and you start to reconstruct it right after you leave the theater. There are a lot of films that seem to be boring, but they are decent films. On the other hand, there are films that nail you to your seat and overwhelm you to the point that you forget everything, but you feel cheated later. These are the films that take you hostage. I absolutely don’t like the films in which the filmmakers take their viewers hostage and provoke them.”

Undoubtedly that is a very sharp and controversial way to think about cinema. Even though there are plenty of flawless arthouse films that are a perfect match to this definition, sometimes these overly self-indulgent films can be tiring or might look pointless.

Even though sometimes these works lead us to very special feelings with their uncompromising structures, the personal, difficult-to-understand films with strange forms can be very compelling for the audience.

Inevitably, this way of filmmaking has lots of pros and cons. Keeping the balance between ambiguity, weirdness, calmness, thought-provoking dialogue, and all of the elements in an arthouse film, and wandering on that thin red line is very difficult.

Can these films, which are not scared to lose their control, challenge the audience and manage to do that? Be our guest!

Although these films are very hard to deal with, there is no doubt that they speak cinema’s own language. 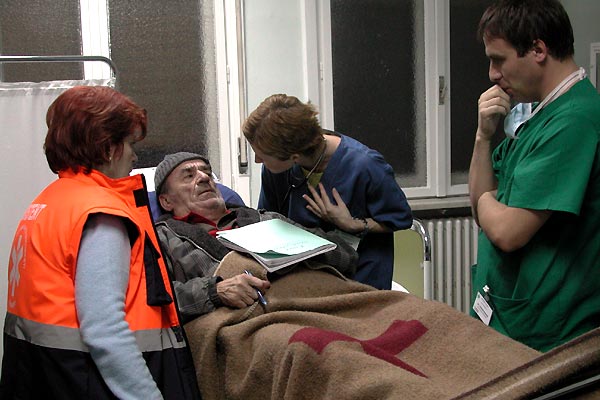 Cristi Puiu’s sincere film, which won the Un Certain Regard award at the Cannes Film Festival, is one of the greatest masterpieces of Romanian cinema.

It contains plenty of black humor, and stands out with its shocking realism and criticism of the health sector.

Mr. Lazarescu is a 60-year-old alcoholic who lives alone in an apartment in Bucharest with his three cats. One night when he wakes up with stomach cramps and nausea, he calls the emergency room and waits. When the ambulance finally arrives, Lazarescu’s dark journey into the medical world begins. Lazarescu is lugged from one hospital to another, is misdiagnosed, re-diagnosed, put on hold, and his condition worsens as the hours go by.

Of course, aside from all tragicomic elements in Lazarescu’s journey, it inevitably becomes annoying and tiring. Piui’s choices makes it nerve-wracking and real as daily life. It’s not a ride for everyone. Nevertheless, Bucharest can be any city in the world, and Mr. Lazarescu can be your neighbor… 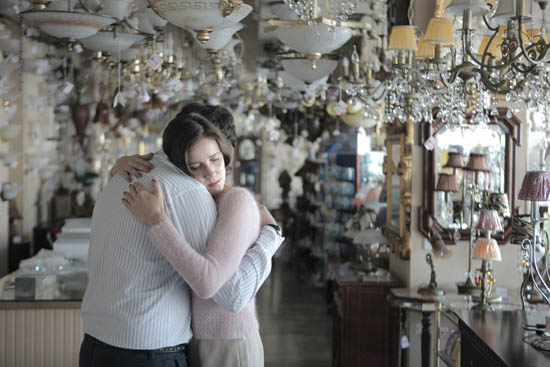 Yorgos Lanthimos has made many wonderful and compelling films such as “Dogtooth,” “The Lobster” and “The Killing of a Sacred Deer.” But the most difficult one to digest in his filmography is “Alps.”

We follow the story of four people working in different jobs forming a secret group called “Alps.” They provide special services to families who have recently lost their loved ones. This strange group offers, for a fee, to play the recently deceased during visits of their grieving relatives.

Cold acting, harsh scenes, and the oddness we are used to in Lanthimos’ movies combine to create a troublesome structure. And even for fans of the director, it’s far from watchable.

Nietzsche is undoubtedly one of the most important philosophers in history with his philosophical thoughts and personality. The film, based on the Turin Horse story of this famous thinker who re-founded nihilism, offers a very challenging journey.

What was the real reason for Nietzsche’s breakup and isolation from the world? What happened to that horse that affected Nietzsche so much, and what did it really mean to Nietzsche? “The Turin Horse,” which aims to make the audience think about these questions throughout the film, pumps a great sense of nothingness with the numerous repeated scenes.

It also tries to answer the three fundamental questions of philosophy with a materialistic approach in the language of cinema: who am I, where did I come from, and where do I go?

In this dark and desperate world of Hungarian master director Bela Tarr, it is a dream to seek pleasure or a relaxed journey.

The darkest reality the century has ever seen.

Gilderoy, an English sound technician, encounters many strange things on the set of “The Equestrian Vortex,” a “Suspiria”-like horror film from an Italian director. While the post-production of the film is never-ending, the women who are constantly screaming and the cynical producers at the studio become quite annoying.

In this dark and bizarre place, Gilderoy begins a struggle between truth and delusions. Strickland, who builds the story on sound rather than on the image, makes an important critique of cinema with his frequent mention of alienation while he salutes “giallo” films.

Gilderoy confronts his own demons to protect his mental health, but in this confrontation we are dragged into infinite darkness.

Throughout the film, Strickland doesn’t show any visuals about the sound-edited film, the only visuals we see are fruits and vegetables shattered in the foley stage of the film and Tony’s reactions. With this wise move, Strickland encourages us to create the film in our own minds.

On the one hand, it criticizes the industry in a harsh language, and on the other hand, it offers examples of the vast beauty of cinema.

Although such a subject seems distant to the audience who is not familiar with the technical part of the cinema, it turns into a remarkable experience with its nightmarish atmosphere.

“Inland Empire,” which is David Lynch’s last feature film, is one of his most underrated works.

Lynch, who breaks the emotional boundaries of his characters with the events he creates by making jumps in time, does not let the audience breathe easily for a moment by sprinkling his riddles in every second of the film.

“Inland Empire” follows the fragmented and nightmarish events surrounding a Hollywood actress (Laura Dern) who begins to take on the personality of a character she plays in a film.

Lynch increases the inconvenience with his camera angles and Dern’s splendid acting leads to create a frightening atmosphere.

He didn’t write any scripts before filming. “Inland Empire,” which wrote itself while the film was being shot, perfectly reflects this uncertainty and uncanny feeling.

Aside from all that, its three-hour running time helps a lot to make it quite challenging.