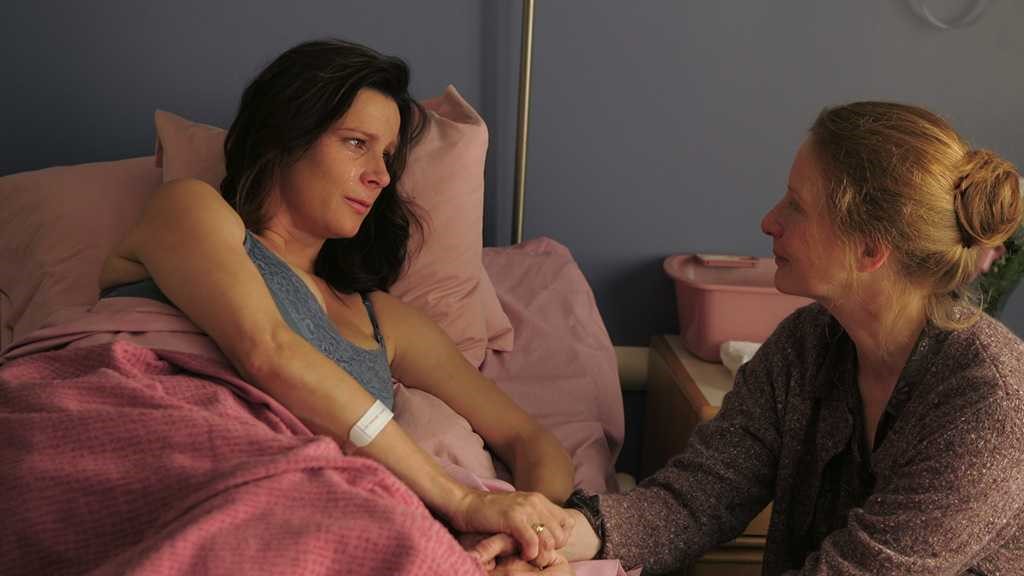 Finales are even harder to get right than pilots. While pilot may be the one that determines a show’s first impression, the finale is typically the ones that defines its legacy. HBO’s vastly human “Six Feet Under” is frequently cited as perhaps the only show to perfectly end its run.

However flawed it might have been during its five seasons of exploring the depths of death, family and love, the way it ended was evidence of its impeccable ability to craft realistic narratives and intersperse them with a tinge of unearthly beauty.

Light and darkness always played a great part in “Six Feet Under’s” quest for meaning and in its eclectic, balletic final hour, it uses them to such astonishing effect, it’s hard not to swept off your feet. It not only touches on something vital and authentic inside us, but in its delicately mounted flash-forwards and visual tapestry builds on its vast, accumulated wealth of wisdom and grit. Alan Ball closes the crowning achievement of his career with giving a happy ending to all his characters – a content death. 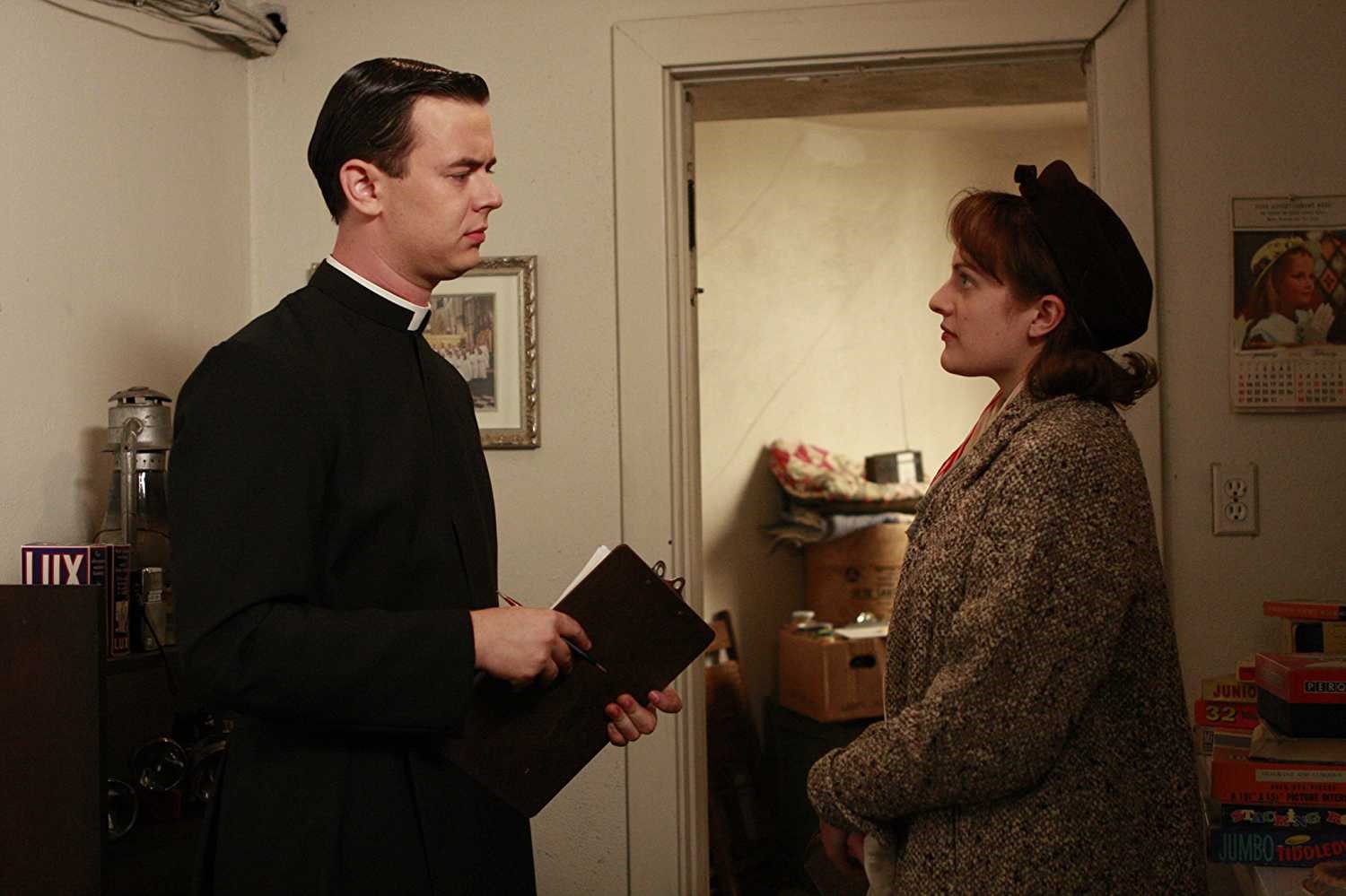 When Don sends Anna Draper Frank O’Hara’s masterpiece, it’s hardly gained enough significance to be the title of the show’s most clear-headed, miraculously poignant episode. It was customary of “Mad Men” to incorporate real-life events from the 1960s into its intricately woven narratives.

When time came for putting the Cuban Missile Crisis into the show, unsurprisingly, the show became a quitter examination of the fleeting nature of life and our many regrets over the despondency of losing it like sand running away from our hands.

“Meditations in an Emergency” is, in hindsight, about the two most important female characters of the show – Peggy and Betty, becoming in charge of their prerogative. Betty, discovering she is pregnant, engages in a brief sexual encounter with a stranger – an almost inevitable conclusion to the show’s deep dive into how Don’s infidelities have distorted his vision of a picture-perfect family. Peggy ends her contemplation about giving away her child with informing Pete of her decision when he professes his love for her.

“Mad Men” was frequently the show that traded cheap thrills for patient, drawn-out observations about its characters attempt to influence their situation. Don and Betty may never be happy, but their relationship is real, messy and even in its dishonesty has power and meaning and Betty’s encounter with that stranger is nothing but her exploring her individuality, something she seems to have lost sight of being married to Don.

And when Peggy tells Pete about their child, the show almost stops to let this complex, independent woman breathe in the oppressive world of the ‘60s and gives her the agency to voice her opinion without fear. Moss punctuates her beautiful monologue with pauses that create such awe and mystery, the show transcended its kitchen-sink drama narrative to become something quieter, something greater. 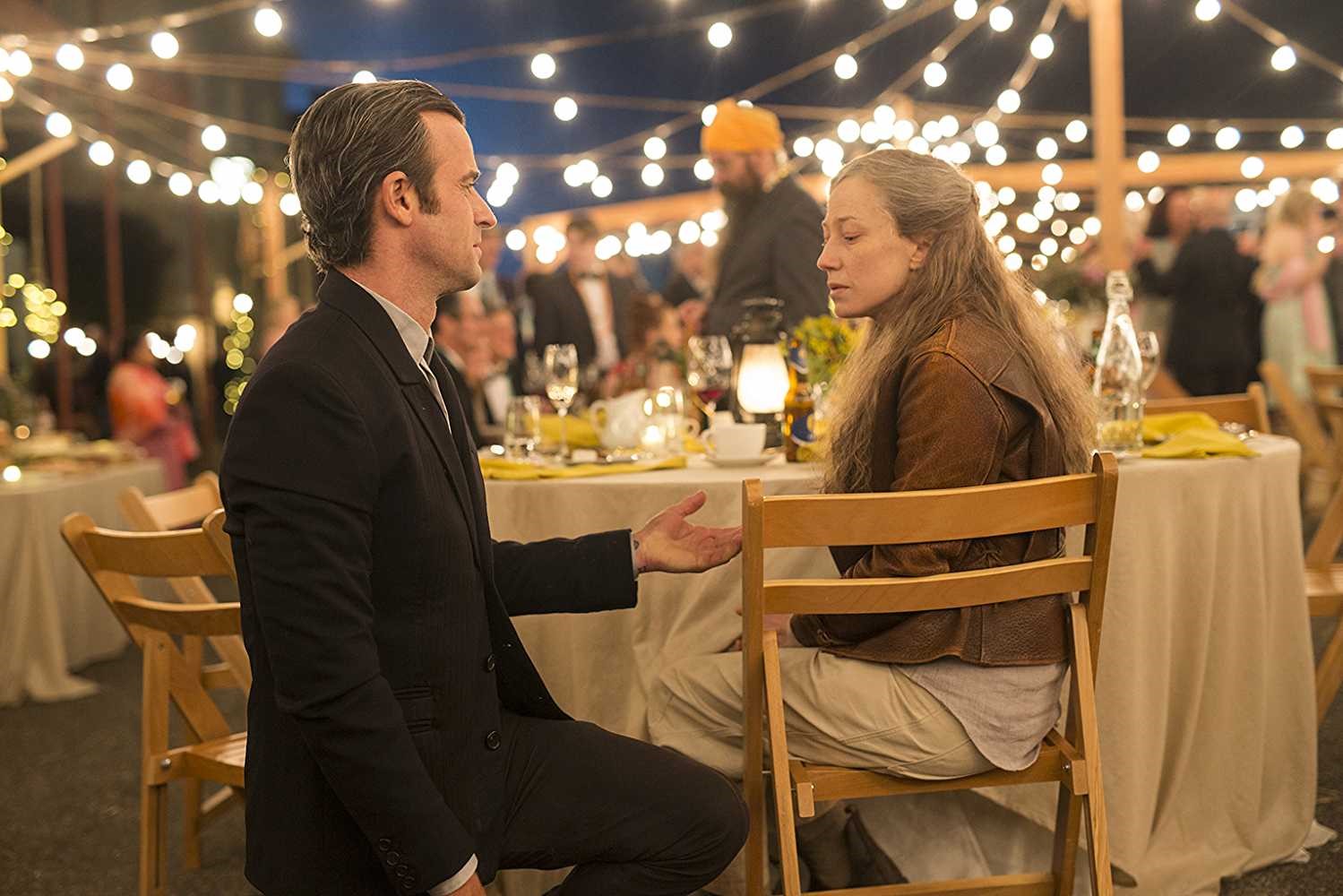 When you have a show as absurd and at times inaccessible as “The Leftovers”, it’s remarkable how far Damon Lindelof was able to take his creation within the course of three seasons. What began as a more philosophical and bolder riff on his “Lost” thematic landscape, swiftly became an abyss of reflections on grief, loss and forgiveness. It could walk towards the strangest of extremes of the human condition and its interaction with nature, and it frequently did, but it was never not engaging and challenging, in the best sense of those words.

When it came to ending this bizarre, epic show, Lindelof came back to the source of the most raw emotion in the show – Nora Durst. Nora lost all of her family – her husband and two children – in the departure and had always been a figure of almost unbearable pain and sorrow in the show. She grew to be more complex and the show delved deeper into her taking charge of her life.

But in the brilliant finale, the show extended a hand for compassion and found its depth in the love story it was destined to tell – that of Nora and Kevin. Wherever Nora might have gone and whatever their relationship might have suffered through because of their pain, she was there, then and it was all going to be alright. The show does the impossible task of amalgamating all its insights into survival, death, cruelty, joy, guilt, loneliness and puts into the feelings two people have for each other. 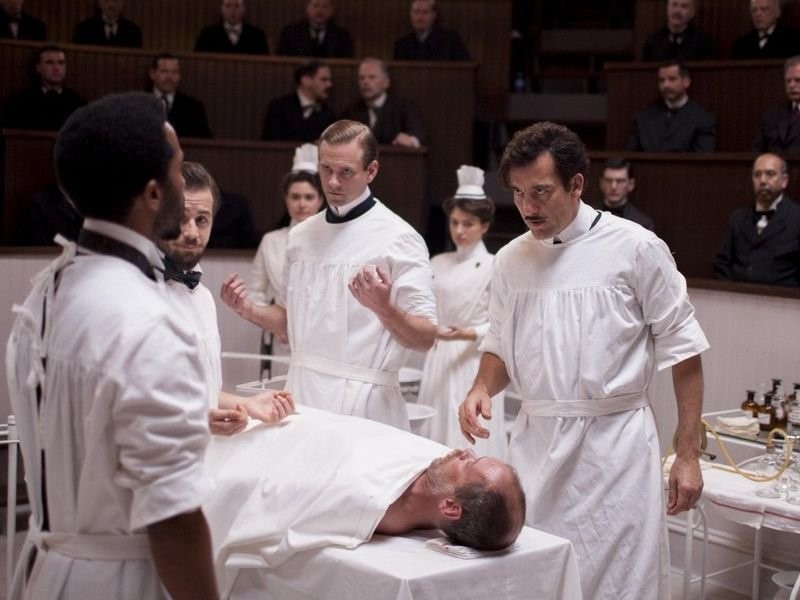 When Steven Soderbergh announced his (short-lived) retirement from feature films and turned to television, it was perhaps the most exciting news for the TV industry since the arrival of Twin Peaks. It felt like finally TV would be recognized for its immense, multi-faceted opportunities for storytelling. He has since gone back to making films, but not before leaving a measurable impact. HBO’s “Behind the Candelabra” had a troubled history behind its development, but is nonetheless one of the greatest TV movies of all time. But his true exploration TV wouldn’t start until “The Knick” began, and boy did he exploit that to the fullest.

“The Knick” is no way a perfect show. Besides the two lead characters, the people that populate its fictional universe are far from fascinating, let alone worth rooting for. But it is still such a riveting, almost post-modern discovery that only Soderbergh could’ve brought it to life.

For all its visual and acoustic brilliance, the show is really an exercise in feeling and a witness to a time where our prejudices took such absolute control over senses that it is hard not to find yourself drowning into its vivid, bloody vision without much hesitation.

The very episode injects this vision into our bloodstreams much like the Nurse Elkins does to Dr. Thackery. There’s tragedy – the suicide of his deputy, racism – Thackery’s disapproval of substituting his lost friend with an African-American doctor, even though he is said to be a genius and robust, hypnotic beauty – the visual and literary motifs of blood and life splattered all through the episode. Saying anything further about the potent symbols of its thematic intentions would spoiling it as an experience, so let’s just say that it is, in every way, simply masterful. 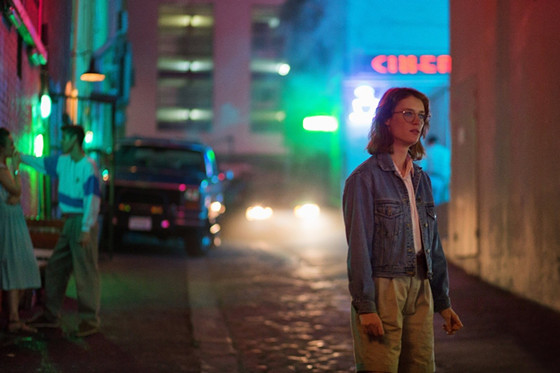 Crushing, swoon-worthy and so utterly joyous it wraps you in its giant embrace to never let go. Black Mirror’s first light-footed, but still never light-weight outing is perhaps the most enigmatic of its tapestry of complex sci-fi that usually borders on the bleak. In the mist and glitter of San Junipero, “Black Mirror”, like the two radically different by equally lonely protagonists, found love.

“San Junipero” balances both sides to a gift of immortality – alone, you are doomed, quite literally, forever, but with the right person, eternity is just another part of life, and just as inconsequential to your happiness. It toys with the concepts of alternate universes within our, but like us, is more content with just staying with these two people – their burgeoning romance mounted by the mystical, ethereal aura of this other-worldly city.

“Black Mirror” is always visually interesting, taking the challenge of its subject matter and infusing it with expert framing and lighting. But hardly has anything they have done looked this ravishing – bright lights contrasted with Yorkie’s subdued colors and Kelly’s equally bright ones, the fizzy mist of the sea providing backdrop to the lovers embracing in marriage. You just couldn’t look away. 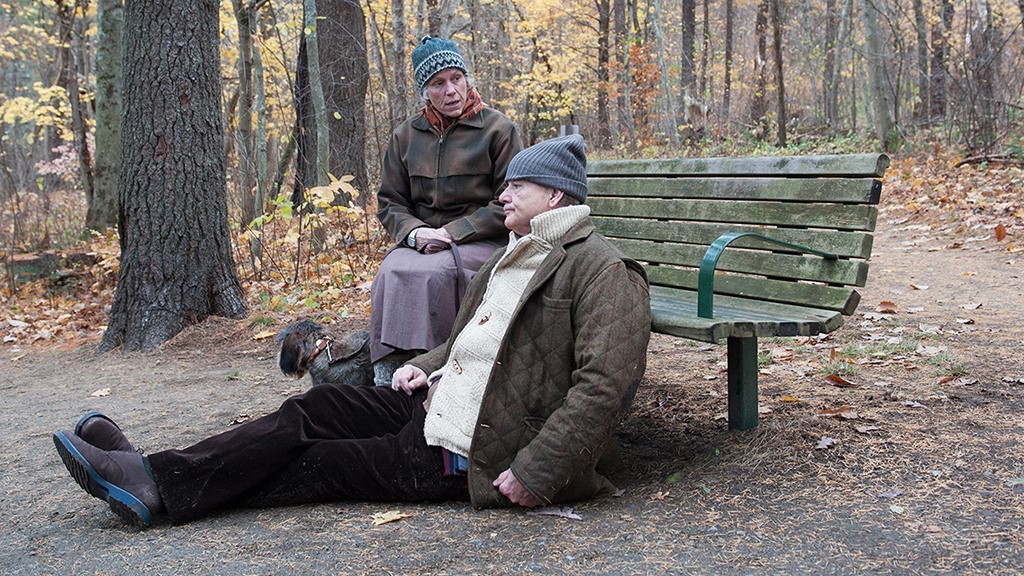 Elizabeth Strout’s impeccable telling of an unsentimental, proud, conflicted woman’s life is so inherently quotidian in its beauty, that to see it brought to life with such quiet depth was quite the experience. Jane Anderson wrote Strout’s characters with such genuine affection and understanding that it makes their pain, joy and search for shore innately relatable.

Much of the miniseries puts particular emphasis on how different Olive and Henry are, even though they have spent all of their lives together, in one house. They care about each other, their son, their work and not much else. They lead simple lives which are alternately made complex by new acquaintances and accidents, but they stay as decent and solid as ever. But actors Frances McDormand and Richard Jenkins never give them the opportunity to become cold. Unsentimental, yes, but never cold.

In the last episode, which is a meditation on the things we stay alive for as Olive contemplates death after Richard’s departure. She becomes fascinated with the idea of life and even relates an existential thought that is frankly surprising for her age towards the beautifully silent end of the episode: “It baffles me, this world,” as if another one would be simpler to grasp, but then quickly follows it with “I don’t want to leave it, yet.”, undercutting the existentialism and betraying her contentment with going along with whatever life has in store.

Jill Soloway’s remarkable dramedy that lost its steam in the last two seasons is still a marvel – a tale about a transgender 60-year old who comes out to his family at 60 – and an oddity in the television cannon. Perhaps the most important show to deal with LGBTQ+ issues of all time, it employed generosity and cruelty within one family to show forgiveness and discrimination in our society.

But in its second season, it grew to be much more than that – its pulsating heart expanded to make room for history and its intricately tied-in Jewish heritage became a stepping stone for Soloway to explore our incessant fascination with history and our futile attempts to pull out of it, especially when it is this steeped in pain and anguish.

It all comes to a head in the penultimate episode of the season where Maura and her daughters go to attend this feminist festival, where women from all backgrounds gather in a safe place, without men, to bathe in their independence and sexuality. But as it turns out, equality is not much of a concern there, as Maura is shunned as a “man”, and asked to leave.

As the episode escalates to its final crescendos and we enter a somewhat surreal time zone where images of the past, Maura’s history and his mother’s arrival in America, images we have seen all season, come in contact with the present, with Maura’s daughter and give way to lyrical, moving portrait of Maura’s rich legacy.