Out of the many films directed by New Yorker Woody Allen, “Zelig” is probably the most creative and enjoyable. Taking the form of a documentary on the life of a fictitious character named Zelig, played by Woody Allen himself, the film shows a man who imitates intellectually and physically whoever is close to him, getting fat or turning into a secular Jew just by proximity.

While the slapstick nature of the comedy is entertaining enough, and the situations in which Zelig finds himself most of the time due to his condition are good enough to justify the film just by themselves, it puts forward interesting questions on the nature of identity. How much of our identity do we owe to those around us? How do we change when we are in the company of other people? Is there an immutable part of our being that remains the same no matter what?

After directing “Eraserhead,” David Lynch had the chance to make a commercial production, “The Elephant Man.” While the environment of industrial cinema seemed to strangle him as a creator and he decided to not repeat the experience, he still managed to direct a valuable and entertaining film. Based on a real story, “The Elephant Man” tells the story of Joseph Merrick, a severely deformed man who worked as a circus freak in 19th century London.

As the film develops, the audience is witness to the unraveling of Joseph’s true nature, one that contradicts what his appearance might seem to indicate. A terribly deformed and ill man who physically is nothing but a parody of what a human is meant to look like proves to be a sensitive and compassionate character, capable of mercy and solidarity. This usual weirdness in Lynch’s films is absent from this one, and it’s more conventional than the rest of his filmography, but it is still worth watching thanks to its sturdy craftsmanship in direction and edition. 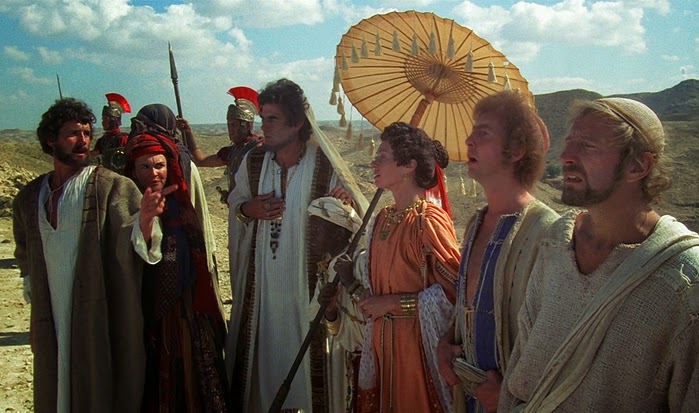 “Life of Brian” spawned in the end of the 70s thanks to Monty Python, the British collective that revolutionized comedy. Set in the times of the Roman Empire, it tells the story of Brian, who was born on the same day as Jesus Christ and is often confused for him for his entire life. This confusion starts really early in his life, and he is taken for the Messiah every time he makes a public appearance.

Very contemporary elements are added into the mix, such as the presence of separatist movements, to make a critique of our society, one that’s deeply influenced by Catholicism and so separate from Christ’s teachings. The absurdity of the humor that’s so common to Monty Python’s oeuvre, the intelligence of the dialogues, and the slapstick humor have turned this film into a classic comedy and an essential film.

Charlie Chaplin is known to be one of the greatest comedians in the history of cinema, with a form of physical humor that is really easy to understand and empathize with. Nevertheless, his films tend to tackle serious social events: in “Modern Times” he portrayed the anger of the factory worker against the machines that were taking their jobs, and with “The Kid” he talked about poverty and the children living in the streets of big cities.

“The Great Dictator” was made during World War II, and it portrays both a cartoon version of Hitler that wants to take over the world and a Jewish barber persecuted by Hitler’s regime, both played by Chaplin himself. The idea of the double here appears in a similar fashion to what we saw in “Mr. Klein,” presenting both the victim and the victimizer as two sides of the same coin, almost indistinguishable from each other.

Hiroshi Teshigahara jumped to fame with his film “The Woman in the Dunes,” which was then followed by “The Face of Another”; the former wasn’t so well received at that time, but is now considered a cult classic. Based in a novel by Japanese writer Kobo Abe, “The Face of Another” tells the story of a man so disfigured by a workplace accident that he needs wear a bandage that covers his entire face every time he is in public to avoid scaring people.

With this situation, the doctor of the man decides to try a new experimental method: the use of a mask. A state-of-the-art mask that would allow him to have any face he wanted. And thus a nightmarish journey begins; when the mask is completed, the man is tempted by the possibilities brought by being released from a fixed personality set by the image. “The Face of Another” is a nightmarish film that has a really interesting way of exploring themes such as identity, personality, and our relationship with those around us.

3. Investigation of a Citizen Above Suspicion (Elio Petri, 1970)

In the filmography of Italian director Elio Petri, one film stands out like a shining diamond: “Investigation of a Citizen above Suspicion.” In the film, a chief of detectives commits a murder, making sure to leave evidence that would undoubtedly lead to him, just to see how the rest of the police force would react. While the plot is enticing by itself, it serves a greater purpose by giving us a closer look into the workings of a police state in which repression and the iron-fisted decisions of those in power are imposed over the desires of the population.

While this film has certainly aged, it is still a very accurate portrait of the corruption and the poor demeanor and efficiency that can be found in any police agency around the world. Its plot, which can be defined as an “existentialist Hitchcockian thriller,” is exciting and fun, filled with suspense, and told in such a great way that the audience starts to root for the murderer in no time. 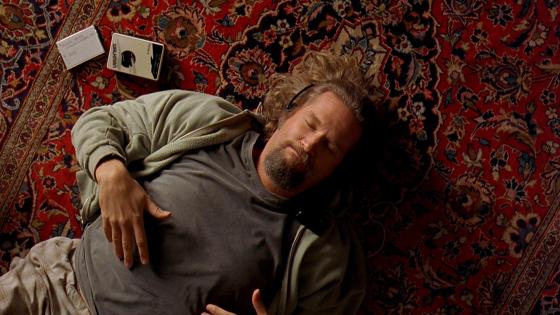 While “The Big Lebowski” is one of the Coen brothers’ most mainstream and easy to watch films, and in it we can still find great amounts of postmodern wit and dark humor. When “The Dude,” a careless L.A. slacker played by Jeff Bridges, is mistaken for a millionaire with the same name and in consequence has his rug pissed on by a goon, he starts a quest that will lead him on a strange path where he will have to deal with unreal situations and idiosyncratic characters.

As is commonly the case in the films by the Coen brothers, the cinematography of “The Big Lebowski” was directed by legendary photographer Roger Deakins, making this a great film to watch, if only for the visual aspect. While a comedy, “The Big Lebowski” has an impeccable sense of humor, tackling themes like nihilism, existentialism, feminism and art theory, without ever coming across as presumptuous or difficult to understand.

Alfred Hitchcock is regarded as the “master of suspense,” revered both by casual viewers and legendary filmmakers such as François Truffaut, intellectual father of the French nouvelle-vague. Films like “Psycho,” “Vertigo” and “Rear Window” already guarantee his name is in the pantheon of legendary directors. In his view of cinema, the actual story is a consequence instead of a ruling principle; he rather prioritizes events and actions that excite the audience.

“North by Northwest” is one of his most exciting films. It features Cary Grant – a usual actor in Hitchcock’s works – as a New York publicist who is mistaken by a powerful international corporation for a secret agent rumored to be spying on them. Since the very beginning, the film is already imbued with great energy, which it manages to convey to the spectator, who is never left to boredom in this fantastic tour-de-force.