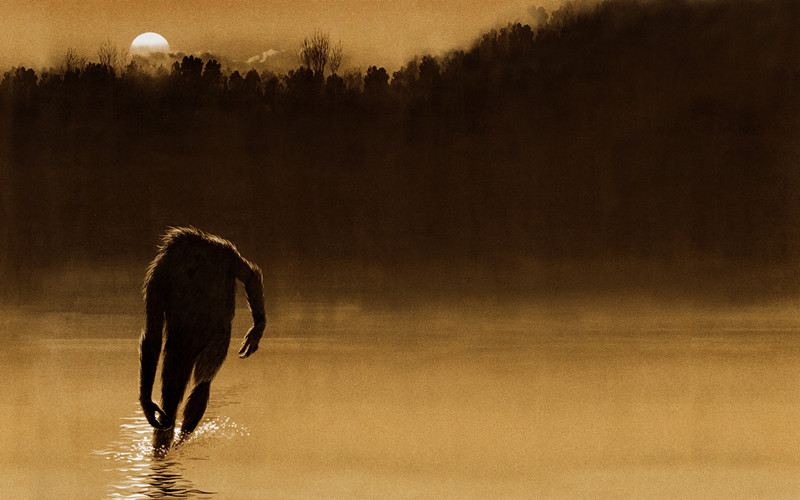 The first directorial effort from the director of 1976’s The Town that Dreaded Sundown is a film that would have terrified children upon its release in 1972, and no doubt would have had them laughing hysterically if they were to revisit it as teenagers.

Charles B. Pierce’s The Legend of Boggy Creek is a documentary-style drama film which blends interviews, voice-over narration and reconstructions of residents’ encounters with a big hairy creature known as the “Fouke Monster”.

It was certainly original on release, and even went on to inspire filmmakers such as Eduardo Sanchez and Daniel Myrick, the directors of The Blair Witch Project. It taught that filmmakers could take a fictional tale of horror and present it as something which may be fact, and exhibited techniques now commonplace in found-footage fare.

The opening shots of wildlife are well photographed and allow the film to quickly imitate a documentary style; this montage of images is then disrupted by an unknown noise, shattering the idyllic atmosphere, and perhaps belonging to the “legend” that the title portends to. Although the acting that immediately follows this effective exposition is very dated and ropy, we are treated to an effective moment of a boy running home, afraid of his surroundings, that suggests the film may actually harbour some effective scares, which isn’t the case.

It turns out that the acting exhibited in these early sequences is a more accurate indicator of the films quality, rather than the potential it communicated through credible and eerie cinematography. The narration, performances, and bizarre use of music often make this unintentionally hilarious viewing, which if you were to invite some friends over and have a few drinks, would be an enjoyable and lively experience. It is both a surprising and a shame that the film hasn’t cultivated a larger cult audience who watch this under ironic consumption.

To see a packed out cinema-screening of The Legend of Boggy Creek at midnight – intoxicated fans cheering and singing along to its ridiculous songs – would be a wonderful sight, and if its inclusion in this list moves this closer towards a reality, that would be wonderful. Pierce’s debut may just be the Reefer Madness of monster movies that unfortunately never found its cult home in the way it should have. 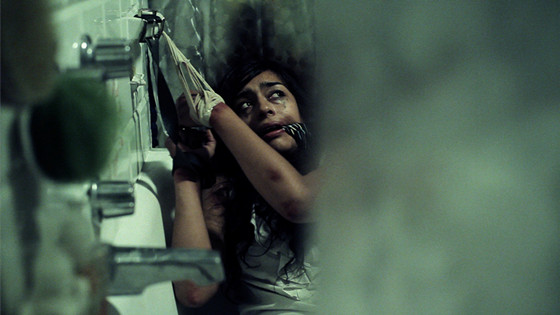 With talent like Ben Wheatley, Ti West, Nacho Vigalondo and Simon Rumley on board, The ABCs of Death was never going to be a total failure. For those of us who enjoy watching short films that aim to strike us quickly and effectively, it was definitely found to be a mixed-bag, with some of the entries feeling like misfires. Altogether, the film is a fun and enjoyable two hours which highlights numerous talented filmmakers.

This anthology project is comprised of twenty-six short films, in which directors are assigned a letter of the alphabet and asked to make a short piece that showcases a death related to the word they have chosen.

As there are so many filmmakers on board, it would be ridiculous to expect every offering to be of a superb quality, and there are some truly mind-boggling entries. Yet, the shorts are so abrupt that the pacing never allows the audience to slip into boredom; it simply transitions to the next film when the latter begins to feel tedious.

There are some interesting highlights here, with Andrew Traucki’s “G is for Gravity”, Yudai Yamaguchi’s “J is for Jidai-geki”, and Jake West’s vibrant “S is for Speed” offering memorable experiences.

Arguably, the majority of the featured films that make up The ABCs of Death are exciting and riveting in their own bizarre and creative ways, but audiences will be sure to find their favourites. Expectations must have been too high for this one, because it really is a gem that can be put on at anytime and enjoyed as a collage of crazy cinematic styles. 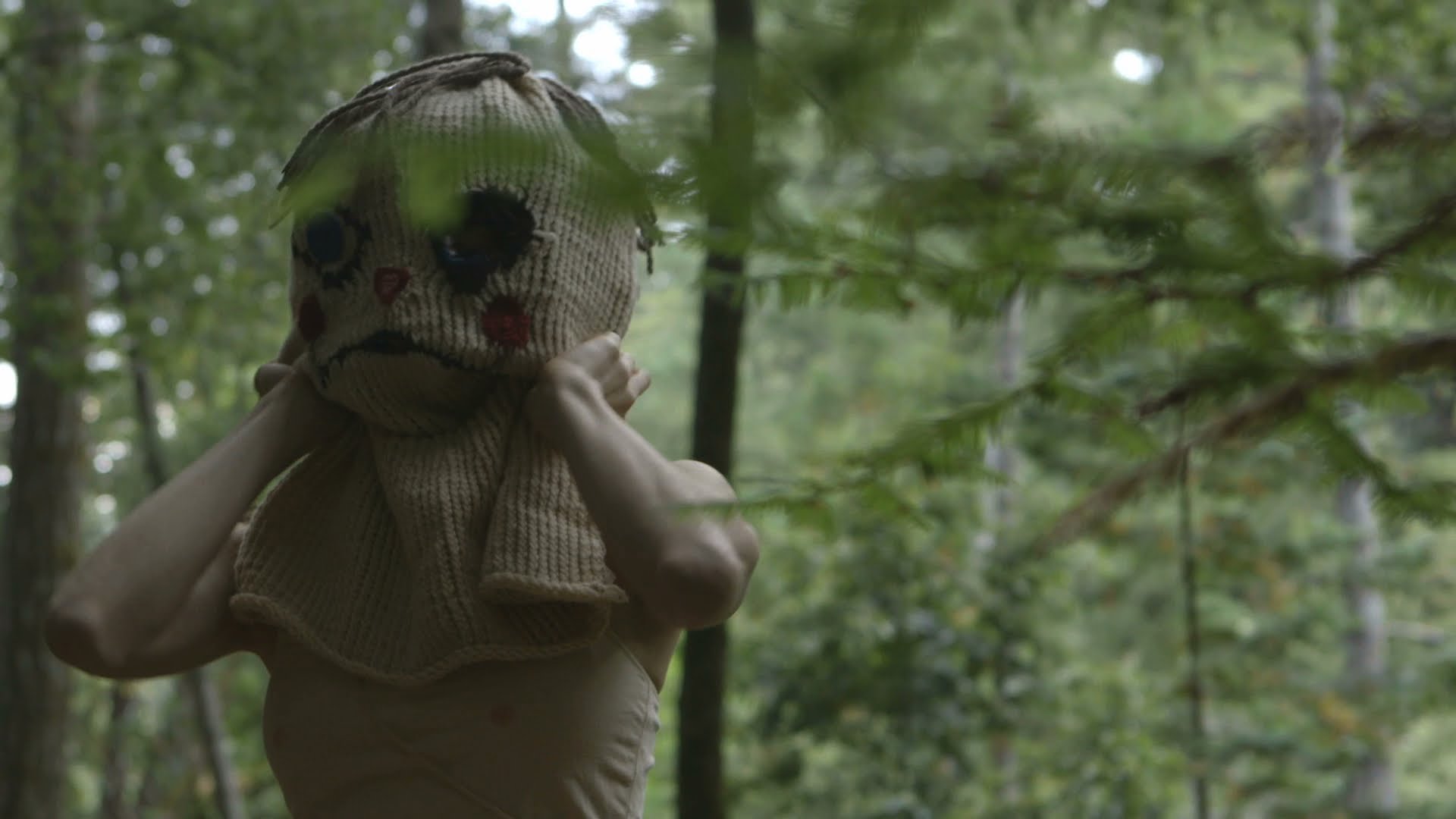 Jason Banker’s follow-up effort to Toad Road tells the story of a young woman who regularly strays deep into the forest and dresses up in strange and masculine costumes to help her deal with the past-trauma that men have inflicted upon her. Dealing with the casual abuse of men on a daily basis, the costumes become a metaphorical escape, giving her somewhat of a double-identity – timid, or tenacious.

The film is an interesting take on gender inequalities, and Amy Everson’s (Amy) vessel is a way in which audiences – regardless of their gender -can experience the embarrassment and antagonism that women suffer. From the start, Amy is obviously troubled and at the end of her tether, disappointed with her friends’ decisions to tolerate the toxic masculinity of potential suitors.

Stepping into the shoes of the every-day horrors that women can face is an important albeit unoriginal idea, though, it is Banker’s handling of the subject matter that feels refreshing and insightful, choosing to communicate alienation and a yearning for Amy to transform her skin through the use of well-conceptualised costume design and visual flair, with many of the masks and costumes created by Everson herself.

Robert Abele of the Los Angeles Times said of the film: “With so much conversation these days about the effects of rape culture, Felt, with its atmospheric DIY aesthetics, enters the discussion as a corrective chiller that can best be described as compassionately perverse about one type of pushback.” It also received other positive reviews from publications such as Salon, The A.V. Club, and Village Voice.

However, Felt was also criticised by some for making its ideas known hastily and overtly, and it seems that audiences agreed. There has been some viwers who feel Banker’s shocking conclusion disregards everything that came prior, although arguably, if analysed, the ending feels like a logical departure from a young woman who has finally reached breaking point. 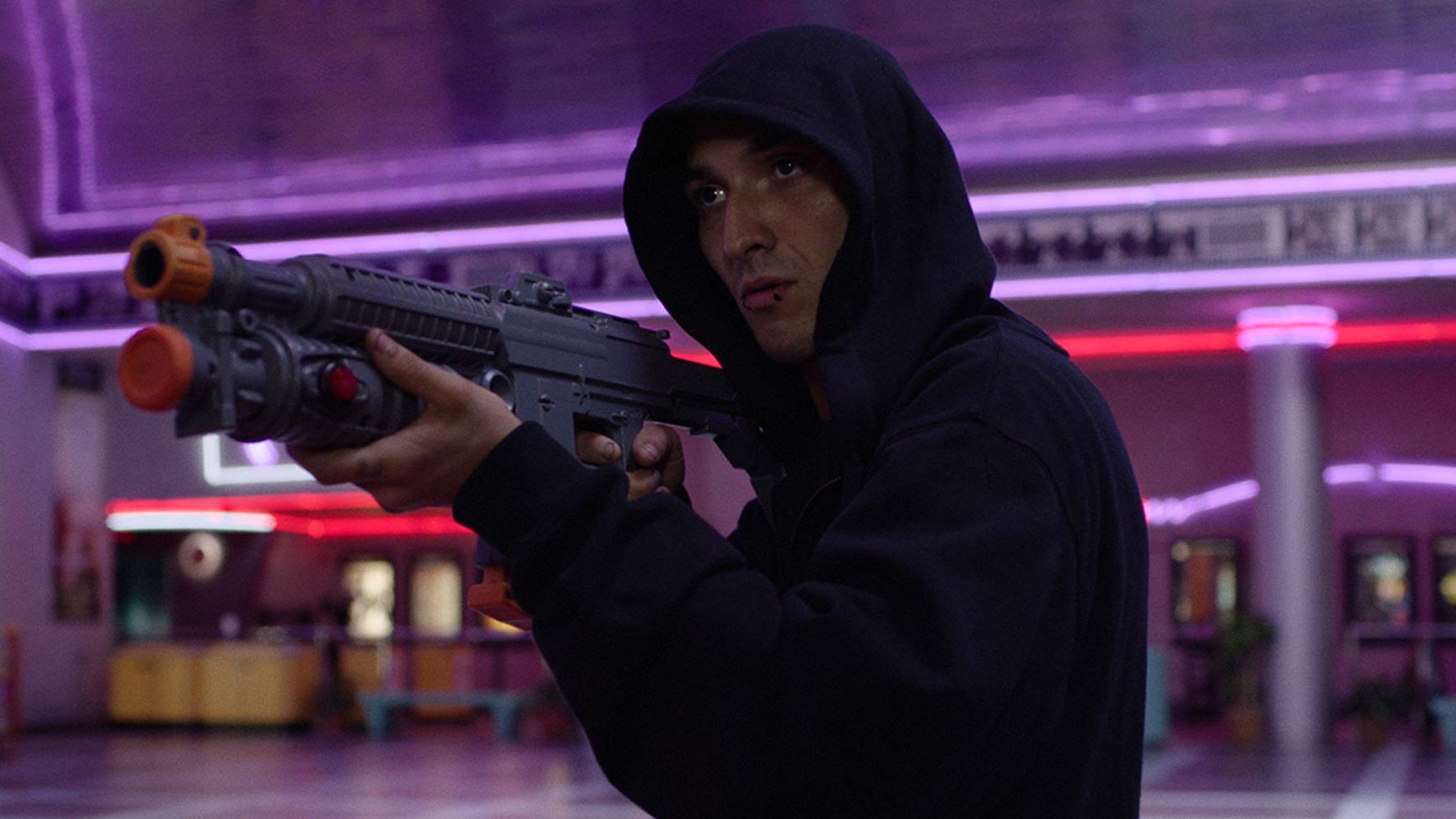 On July 20th 2012, James Eagan Holmes carried out a mass-shooting at a midnight cinema screening of Christopher Nolan’s The Dark Knight Rises; the tragedy has become known as the 2012 Aurora shooting, in which twelve people were killed and seventy others injured. This hideous incident is the loose basis for Tim Sutton’s third directorial-feature, Dark Night, which follows the lives of six teenagers over the course of day before they indirectly join at a suburban cinema.

Immediately notable is the extent to which Dark Night appears influenced by Gus Van Sant’s disturbing cinematic interpretation of the 1999 Columbine massacre, Elephant. The approach to storytelling is similar, choosing to present the audience with seemingly meaningless events and routines, and yet, a dark and brooding cloud hangs over both fractured narratives.

Sutton’s images all come together to create a visual mood and help to communicate a dreadful feeling that the audience is witnessing a calm before the storm – presented with a selection of beautiful and casual images, with the infrequent disruption of a shot which feels unsettlingly brief, manipulating the way we view shots that appear insignificant.

The film was praised by a number of critics, but labelled as tedious and depressing by others. In the wake of its conclusion, there is something so haunting about the collection of shots and sequences that Sutton has decided to assemble, of which are likely to linger on in the minds of those who recognise the films hesitance to make a simple, solid statement, choosing instead to tell an eerie tale of inevitable chaos in contemporary America.