2018 was a pretty strange year for movies. Like any year, though, there were good films and there were bad. But then, there were ones that split audiences… and those are the films that will be featured in this list. Films that have already managed to, or will achieve cult favourite status in the future.

Despite the fact that upon release, word of mouth managed to lift this Blumhouse production out of the depths of Forgotten cinema, it is still surprising that Blumhouse even produced this film. Sure, it fits in with their ways of making lower budget genre films, however, it sticks out as a film that feels like it belongs in the 1980’s. Not that there’s anything wrong with that, in fact, many enjoyed it, however the problem came when the script felt like something written in the 1980’s too, sadly falling into all of the cliches that plagued low budget scripts at the time.

Even if Upgrade was a surprise though, it was certainly a pleasant one for the majority of viewers, who called it a fun if cliched throwback action film. This seems like the kind of film that won’t look out of place in the collection of any action movie buff, and it’s a shame that many of them will most likely never stumble across this one. One can only hope.

Coming from acclaimed director Bart Layton, known for his fusion of drama and documentary in The Imposter (2012), American Animals had a lot to live up for expectants fans who were hoping for something as impressive, intriguing and well produced as Layton’s debut feature.

With high expectations comes a mix of impressed viewers and disappointed viewers, and it would appear that American Animals was hit quite hard by these disappointed viewers, with some claiming that the film was gimmicky and pointless. Those who enjoyed it though, have frequently titled it as one of the finest films released all year, being impressed by the slick editing, the stunning script and the terrific performances from all of the actors involved.

As far as many are concerned, Layton is two for two so far, and though he is still early in his filmmaking career, many are very excited to see what is coming next from the director, having released two terrific films in the last few years. Others, however, are now hesitant to be excited for his next film… a shame, really, seeing as they are such interesting films whether you like them or not.

Black Mirror can step to one side, as the films that it has potentially inspired are almost all far better than the show, and CAM is a terrific example of this. CAM was put onto Netflix, and was likely ignored by many because, despite an interesting premise, a Netflix original horror film about modern technology just doesn’t appeal to many, however, the film certainly deserves a chance, and those who have been giving it one have mostly been pleased.

Holding within it one of the most entertaining scripts of the year, and even one of the better performances of the year from lead actress Madeline Brewer, the film ratchets up tension in such a strong and arresting way that is so difficult to predict, and becomes almost Lynchian at times, but never ventured too far away from reality to be easily dismissed as pure fantasy.

Maybe it’s because great small scale horror films have been lacking for the past few years, but it seems that CAM is one of the few horror films that really deserved an audience, and sadly, it didn’t receive much of one. With time, though, it is expected that this film will build an audience and potentially even become one of 2018’s most recognisable genre films.

Thunder Road is possibly the most successful film here, with the vast majority of those who see it really enjoying it. However, that doesn’t mean that it won’t become a cult film. Sadly, despite the high amount of critical praise and a very good run at various festivals around the world, Thunder Road struggled to really find an audience, and because of this, it likely won’t receive the recognition that it deserves in awards season.

With most films, this wouldn’t matter much, however, Thunder Road genuinely holds in it one of the greatest performances of the entire year from star Jim Cummings, who also wrote and directed the film. Such a passion project, especially one as poignant and touching as Thunder Road is, deserved to be praised and recognised, however, sadly in the case of Thunder Road, this may not be the case. 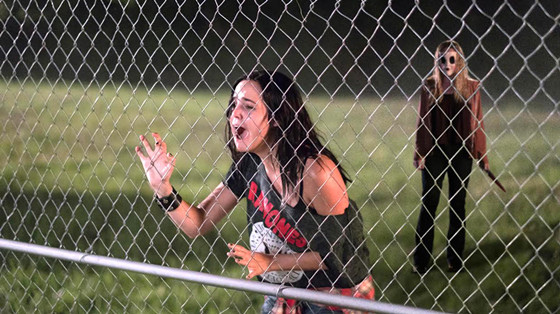 It may seem strange that studios waited over a decade to make and release this sequel to the very commercially successful film, The Strangers (2006), however, seeing as retro revival is a huge trend at the moment, and this film is drenched in all kinds of wonderful throwback moments, from the 1980’s pop songs that accompany the murder scenes, the neon lights that swallow up the rather mundane settings to the general retro feel that comes from a genuinely great slasher film, one can assume that studios finally saw a chance to capitalise on what they started twelve years before.

The film did make some money during its brief theatrical release, and it most likely did very well on physical sales due to Halloween, however many people (mainly those more interested in film) are still frequently avoiding horror films due to their bad reputation over the past few decades, as most people feel that the genre has been quite poor for many years at this point.

Others, though, feel that they are seeing the beginning of a new life for horror as a genre, with many great horror films that are pleasing both audiences and critics coming out over the last few years, and some terrific horror directors starting to appear.

It’s strange that this film has made a good amount of money and yet, is so little mentioned amongst film fans, but one thing remains certain, this is one of the better genre films of the year, and the majority of audiences found plenty to enjoy within it.