Perfection. How easy is it to write such a popular word that has been the cause of many heated discussions. When writing this list, three aspects were taken into account. First, bearing in mind that it would be a list of 10 films, is there would be a lot of perfect films that would be omitted, so the reader should understand that it was very hard to say no to “2001: A Space Odyssey” (1968) or “Casablanca” (1942).

Second, perfection is not the same for everyone, since every viewer has different standards in order to evaluate a film. However, several common aspects make people agree on qualifying a movie as perfect, and on the basis of some characteristics the selections have been made. Finally, awards and polls may not mean much to you, but it displays the importance and the high quality of the chosen works.

As far as perfection is concerned, some might believe a lot of things to be perfect, Pergolesi’s “Stabat Mater” or Diego Velázquez’s painting “Las Meninas,” while others might disagree, claiming perfection is unattainable as the canons have been always changing over the centuries.

However, this list contains 10 films whose great quality has been thought to be perfect not only by many critics, but also by a large number of viewers. The power of cinema, like music, makes people gather together to enjoy a piece of art, and as you’ll see, the following films kept their power to bring more and more viewers for years. What a treat! 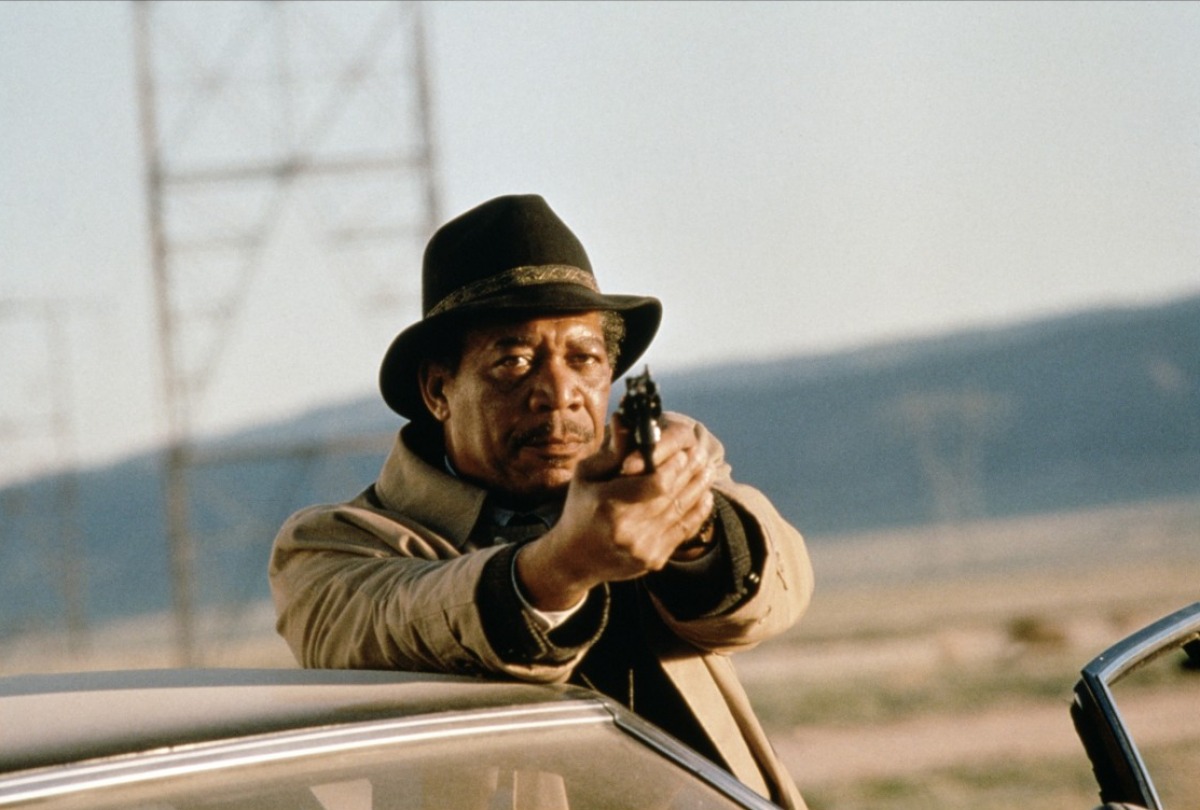 A detective about to retire, William Somerset is partnered with a young and ill-tempered David Mills. The two detectives investigate a set of murders motivated by the seven deadly sins.

As the story goes on, the murderer, John Doe, continues with his planned killings until one day, covered in the blood of a unidentified victim, he decides to turn himself in so as to take Somerset and Mills to the place where the last two victims are. The three of them arrive at the remote desert in which Doe confesses who the victims really are.

David Fincher’s “Seven” is one of the greatest neo-noir crime thrillers, whose brutality and dark atmosphere have been constantly praised by critics and audiences. We could name several nihilistic films such as “Fight Club” (1999), “Panic Room” (2002) or “Zodiac” (2007), but, none of them are as powerful as this one.

If you still have some doubts about “Seven” being included in the list, go ahead and check Woodson Hughes’s well-argued list called “7 Reasons Why ‘Se7en’ Is The Best Serial Killer Movie of All Time” on our website. One of the most popular and brutal films in the history of cinema could not be overlooked.

The film won three awards in 1996 MTV Movie Awards and two at the 22nd Saturn Awards. John Wrathall wrote, “’Seven’ has the scariest ending since George Sluizer’s original ‘The Vanishing’ … and stands as the most complex and disturbing entry in the serial killer genre since ‘Manhunter’,” and critic Roger Ebert claimed, “None of Fincher’s films is darker than this one.”

This is the longest film of the list, so make sure you have almost four hours to spare, and make sure you’re willing to immerse yourself in this enthralling story. The film begins giving the necessary historical context in order to make viewers understand the difficult times Chinese were undergoing during the end of the 1940s to the 1960s in Taiwan. Xiao Si’r’s family has fled after the defeat in the civil war by the Chinese communists

. In this time of uncertainty created by many parents, children become members of street gangs. Xiao, who used to be a model student, gets involved in a murder that would mark the course of the history of Taiwan.

From the very beginning, what the viewer finds is a symbol, a lightbulb that is switched on, which becomes a motif throughout the film. Curiously, two lightbulbs are smashed in the film. However, what is really meaningful is not the bulbs but light such as the one projected by a flashlight or candles.

The movie is full of motifs: the light bulb, the flashlight, Xiao’s mother’s watch, a samurai sword, a vagrant snapshot, rock-and-roll tunes, baseball bats. Each motif opens a new story, and each story creates an amazing plot that definitely needs four hours to be completely developed.

In terms of camera shots, differing from Chaplin’s idea of using long shots to show comedy and close ups to tragedy, Yang decided to use long shots so viewers can see how lonesome characters are when they’re suffering. Stop reading if you haven’t watched it. For example, the film doesn’t pay as much attention to Xiao’s mother as to him, but in the last scene, she’s on her back in a beautiful long shot, and we can somehow understand her suffering.

Set in the Heian period of feudal Japan, a governor is transferred to a far-off province without his wife and two children. When Tamaki, the mother, and Zushio and Anju, his son and daughter, are making the journey to the distant province, they’re tricked by an old woman.

The children end being slaves and their mother is sold into prostitution on an island. When the children grow up to young adults, Anju hears her mother calling for her and his brother, and this makes Anju urge his brother to escape from the manorial estate. Once both siblings are determined to escape, their freedom will have a very high price.

Kenji Mizoguchi’s film shows amazing long shots in which the key element are landscapes, considered by a Japanese critic as the real hero of the story. That is to say that nature determines what is going to happen. Be aware, spoilers are coming.

For instance, when Anju commits suicide, drowning herself in the still waters of a lake, she’s framed on the left side by bamboo leaves and dead shrubs on the right. She takes slow steps in accepting her destiny, and as she approaches the end of her life, we can listen to the sound of the waterfalls and her mother lamenting melody which, instead of being soothing, turns into an unsettling foreboding of the imminent doom.

Anthony Lane, a critic for The New York Times, admitted, “[I watched] ‘Sansho’ only once, a decade ago, emerging from the cinema a broken man but calm in my conviction that I had never seen anything better; I have not dared watch it again, reluctant to ruin the spell, but also because the human heart was not designed to weather such an ordeal.” No awards needed.

The story, which has a more in common with a philosophical fable than with a conventional narrative story, shows us the life of a baby who is delivered to a Buddhist monk living in a floating temple. As the years go by, the seasons mark every different stages in the movie; the little boy grows up and learns, and in every different season, an important lesson is given to not only to him but also to the viewers.

In Spring, the boy learns about life and death; in Summer, about lust, customs and religion traditions; in Autumn, the harder lesson, the consequences of a wrong action; and in Winter, when the children have grown up and he has no longer his master with him, is the most meditative of all the seasons in which there’s no dialogue, and in which we can watch one of the most known scenes of the film played by the director himself, the young monk climbing the mountain with a heavy stone tight to his hip and a Buddha in his hands.

We could spend several hours talking about this movie, but what may draw your attention is the capacity of communicating teachings with very little dialogue; the distinctive visual style which gives emphasizes light, color and mise-en-scène; the ingenious idea of the monk’s journey through seasonal metaphor; the beautiful long shots that show us the flourishing nature which embraces the temple; and the harmony all the aforementioned elements create along with the traditional song used near the end of the film. When watching this film, viewers should be alert to the symbols that greatly enrich the film, making us not only enjoy but also learn.

Regarding the movie’s reception, it has not only been praised by important film critics such as James Berardinelli and Peter Rainer, but it has also been included in Ebert’s The Great Movies list and voted in 2016 BBC poll as one of the greatest motion pictures since 2000.

The film presents Alexander finding solace in memories of his wife and regrets about the failures in their marriage, which are interrupted by a version of “Death in Venice.” He decides to save a little boy, who is a beacon of hope for him from living on the street or being sold to wealthy western Europeans. They travel together toward the Greek-Albanian border. The film is dominated by a visual and aural atmosphere that shows the story of memory for an old man.

This is Angelopoulos’ most famous film because it masterfully shows his poetic vision by filming the troubled mindscapes of nostalgia and the mind. The atmospheric quietude accompanied by the cold weather, the fog and the sea is a very common characteristic in many Angelopoulos’s films. On top of that, he uses a characterized style of editing in which long takes involving a carefully planned choreography predominate.

For instance, Angelopoulos’s “The Travelling Players” (1975) is a three-hour-and-50-minute film in which we can only find 80 shots and several beautiful long takes, making us feel completely trapped in what we’re watching. “Eternity and a Day” keeps motifs in order to give the film Angelopoulos’s a unique touch. It takes a genius to make a great and moving film out of few words like a poet and the stirring music of Eleni Karaindrou.

This film received several nominations in the Cannes Film Festival and the Greek State Film Awards of 1998, and it won all of them. This perfect movie will always last as long as we have eyes to watch it, and it’ll mean a victory over oblivion.

1575
SHARES
FacebookTwitterSubscribe
Subscribe via Email or RSS Feed
Pages: 1 2
Comments (28)
Movie Masterpieces That Are Perfect In Every Way