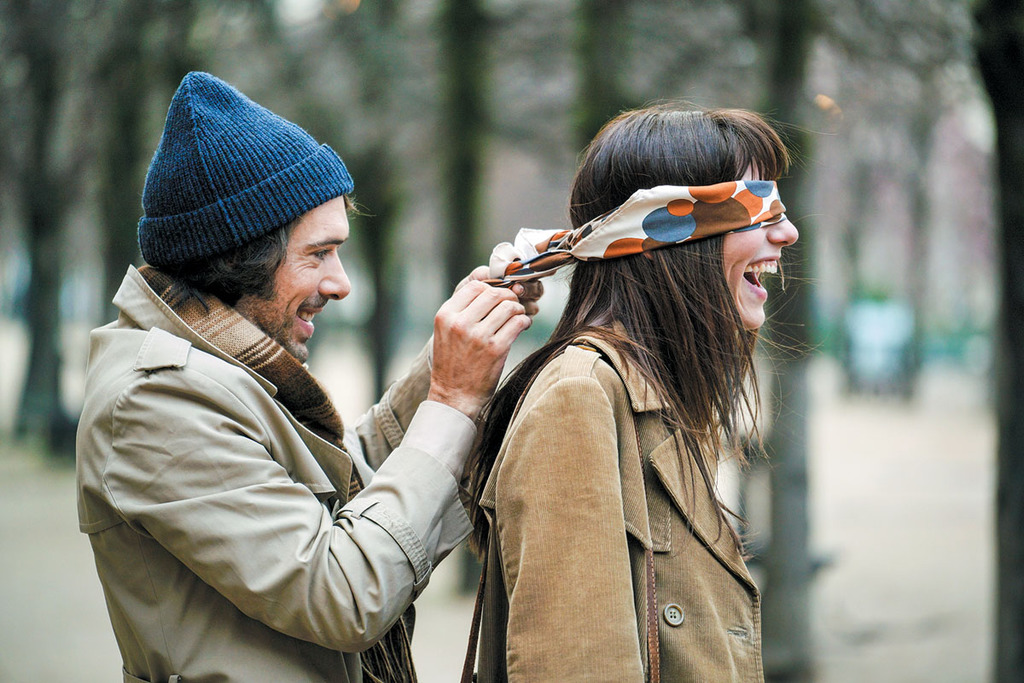 Time flies. For a movie buff, the hasty seconds of time count as cinematic experiences. But life is one and only, while cinema is formed by infinite pieces of colors, shadows, and thoughts. Would it ever be possible to watch all of the existing good films and the ones to come? Arguably, not.  Even if one dedicates a lifetime to the fathomless world of cinema, watching reality through a director’s countless filters, they’ll still miss a lot of good movies.

Dragged up from the drawers of obscurity, the 10 following films can provide valuable moments of introspective reflection, emotion, joy, and orientation. From a pure drama’s thick sentimentalism to a comedy’s emotional transparency, and from a film noir’s dark shades to a romance’s red light rays, this list attempts a searching navigation through the thin cinematic alleys of the globe.

After his trenchant criticism on a recent and idealistically effective past, as it was projected on the brief yet slow sentimental turmoil of “4 Months, 3 Weeks and 2 Days,” Cristian Mungiu’s intelligence returns almost 10 years later so as to steer the Romanian New Wave cinema to higher quality levels, thematically and technically speaking.

In his 2016 “Graduation,” the Romanian filmmaker redirects his attentive-to-detail eye into a modern social drama, involving moral and psychological parameters. Set in a European provincial city, the film’s ethical profile moves upon the thin surface of a suburban microcosm’s breakthrough. Delicately describing his realistic characters, Mungiu achieves to illuminate a grim actuality’s object from many different angles.

A caring father, who superficially enjoys the venerable reputation of a successful doctor, anticipates a respective course for his pampered daughter. Eliza satisfies the norms, gaining a scholarship to study in England. Unfortunately, she’s sexually assaulted and left in an unstable psychological situation right before her exams. Romeo can’t stand the idea of his daughter’s failure, which would be ensured by a conventional repressed life in provincial Romania. But his efforts to save Eliza from a corrupt system absorb him, revealing the rotten part of himself.

Exposing the contradiction, the hypocrisy, and the hidden bleakness of a typical societal complex, the film’s thematic accuracy and true-to-life character attains the highest triumph of honesty. Steering clear of infertile moralization, this story boldly posts painful questions that refer to most stages of life. In a trembling realism that reminds of Darren Aronofsky and in its equivocal directions that remind of Michael Haneke, “Graduation” is a brilliant, artistic piece of life. 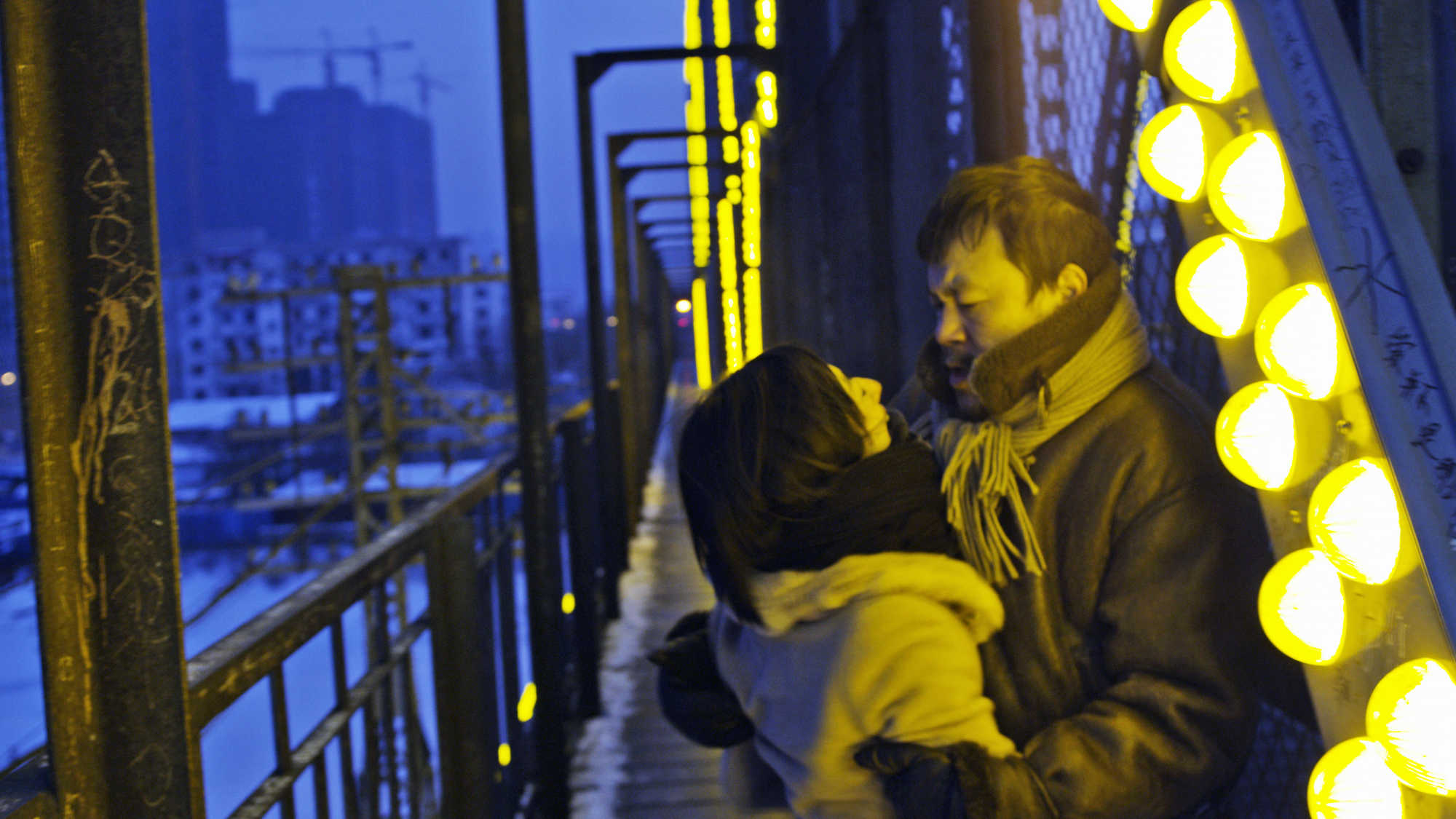 Inserting its murderous topical backdrop in a gritty and literary way that seems to heed the disturbing imagination of Edgar Allan Poe, the miserable and hopeless reality of the Chinese neo-noir film “Black Coal, Thin Ice” artfully balances between mystery and tragedy. Standing proudly on that self-made locus of craftsmanship and originality, Yinan Diao’s most recent cinematic endeavor creates an engaging sentimental experience that challenges one’s interpretational abilities.

The plot refers to an inscrutable crime that involves the occurrence of a partitioned body found in various coal carriers around the country. After several years, the crime comes back to the surface, sweeping and entangling the long-suffering hidden lives of the enmeshed characters. The story’s plot twists come to bring down premature inferences, aiming at the detailed portrait of a deformed industrial environment.

Synthesizing a notably complex structure of poignancy, emotional isolation, and surviving traumas, the pitch-black stage of “Black Coal, Thin Ice” reveals the concealed venality of its past and records the sustained misery of its present. On the neon lightning, modernized environments, and dispersed low-key photography, Diao projects the shadows of deeply composite yet clean heroes, instead of focusing on the mystery’s suspense and revelations. 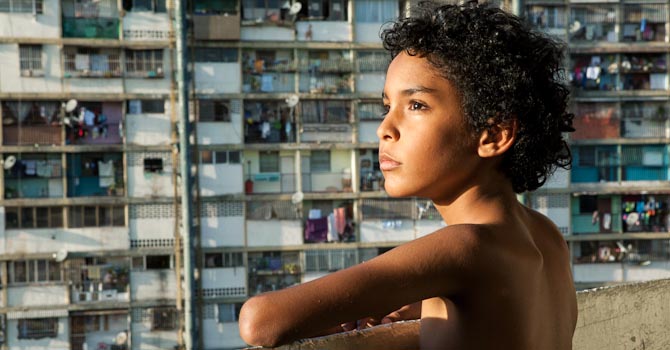 It hovers over a crowded, noisy, and strictly geometrical area, watching its countless people revolving and intersecting in numerous aimless roads and pathways. And then, it centers in on Junior, a 9-year-old boy who desires glossy straight hair in order to find a place within his both variegated and homogenous environment. The documentary-like dramatic film “Bad Hair” by Venezuelan filmmaker Mariana Rondón is at once about a surface and a grain of this world.

His mother is an uneducated breadwinner who struggles to survive and support her two children. Marta’s attention is concentrated on her baby daughter, whom she tenderly coddles as Junior watches silently. Despite her casual parental absence, Marta has noticed her son’s preoccupation with his appearance. Progressively, Junior’s quest for character and self-acceptance becomes her terror. However, as she strives for Junior’s uniformity in her society’s demanding stereotypes, Marta realizes that her child can’t be something else than himself.

A story about the ignored dissimilarities of a repressed identity, the parental misprision and the societal coercions, “Bad Hair” is a sensitive realistic depiction of a mother-son relationship. Samantha Castillo as Marta and young Samuel Lange Zambrano as Junior deliver a maelstrom of sentiments and unfulfilled needs. The thin thread that at once connects and separates them is charged by one thousand unarticulated words and wounded moments of clarity that reach the audience in a direct and pragmatic way. 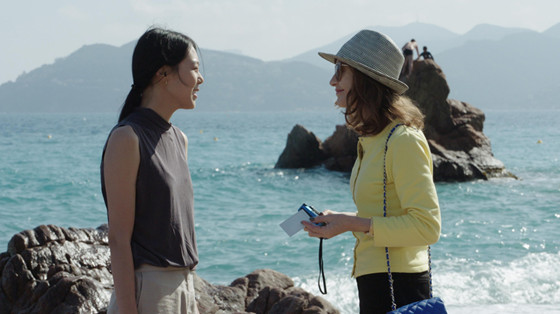 Crafted with oversimplified materials and located in its naturalistic silences, Sang-soo Hong’s “Claire’s Camera” articulates similar questions as in Krzysztof Kieslowski’s 1979 “Camera Buff.” The film stars Isabelle Huppert, in a role that stands across from the dramatic motif of her famous roles, but still oozing charm, immediacy, and substance.

The plot refers to the sudden unexplained dismissal of a beautiful young woman who works as a film sales assistant. Meeting Claire, a bizarre music teacher, Manhee tries to decode the unfortunate incident by backtracking to the content of the crucial discussion with her boss. Progressively, as the boss and her lover enter the picture, it’s revealed that Manhee was fired for personal reasons.

“Claire’s Camera” is a motion picture about the power of capturing the moment, recreating the truth that is deliberately hidden behind the words. Definitely, this postcard translated into filmic codes isn’t addressed to all audiences. Its simplistic dialogues and absolutely realistic times could alienate and tire. Yet, if you’re a fan of Éric Rohmer’s secretive intents that lie behind lengthy meaningful dialogues, this is a film for you.

Being both entertaining and disturbing, the German hipster film “A Coffee in Berlin” is a bold observation on a typical university student of our era. Niko has stopped attending classes for a very long time now, but he still accepts his father’s financial support. Of course, such behavior is completely unacceptable, considering the hard everyday battle of others. But you can’t dislike Niko. He has the silent allure of a young man who aimlessly roams the streets of Berlin.

This is just another day in his life. But that day would turn out to be quite different. Niko wakes up in the apartment of a young lover, and here begins a series of references to the French New Wave. That girl has short hair and full lips, and wears a striped top. Later we’ll learn that Niko has visited Paris with her. Not in the same way, but with a similar foggy undertone of concerns, the film’s main hero loses his right to be what he can, like Jean-Paul Belmondo in Jean-Luc Godard’s “Breathless.”

Life just occurs, and then we carry the loads that are placed on our shoulders. If our shoulders are free, then we keep going, thinking, and existing as we have learned to exist and be what we are. This is what Niko just means to do. But even if he needs to maintain a self that plainly seeks an everyday coffee in Berlin, the world around him changes and demands. That day, he couldn’t drink his regular coffee until the end of the day.