The name which once provoked smiles and laughter is now often met with unenthused groans and eye-rolls; of course, that name is none other than Kevin Smith, whose debut-feature was born of sacrifice and passion – all of it evident in his low-budget modern-comedy classic.

Clerks takes place over the course of a day at a local convenience store. Dante Hicks (Brian O’Halloran) is called into work on his day off alongside friend and fellow employee Randal Graves (Jeff Anderson), the pair then encounter a series of regular customers and irritating patrons.

The film is hilarious, and blends bizarre situations, observational humour and immature crudeness, culminating in an incisive and regularly cited benchmark in Generation X filmmaking. Characters that Smith would begin to return to are at their funniest here, including Jay and Silent Bob, who have become iconic screen personas of Jay Mewes and Smith himself.

The world of these characters is explored continuously within the director’s View Askewniverse, and while some of the films that followed Clerks were rather entertaining, none of them possessed the indie charm and charisma that was promised in his first effort.

His first project was something that Smith believed in very much, as he even sold the majority of his comic book collection to finance the film; for a comic fanboy such as him, this is no small sacrifice. However, it all proved to be worth it, commencing a career that – while many consider to have gradually dwindled – gave way to one of the funniest and regularly quoted comedies of the nineties. 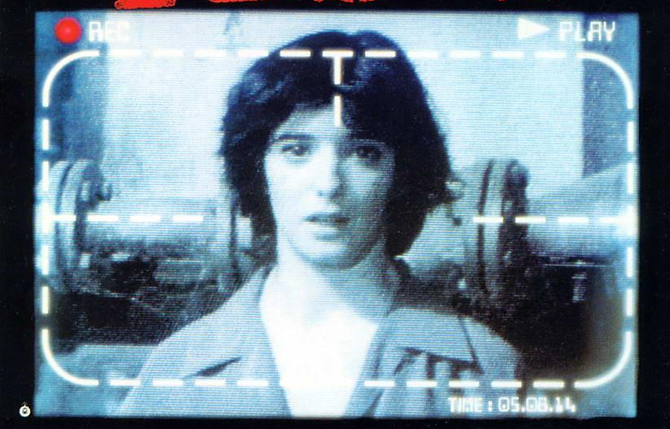 Many consider Spanish and Chilean director Alejandro Amenabar’s greatest achievement to be his 2001 ghost story, The Others, starring Nicole Kidman as a mother who becomes convinced that the home of her and her two children is haunted.

While there is no doubt that his handling of genre conventions and his respect towards supernatural storytelling made this an impressive effort, his first film explored something much more chilling, in a thriller that to this day, deserves much more attention.

When student Angela (Ana Torrent) begins researching her thesis on media violence, she stumbles across a snuff video which presents a girl being tortured to death. The footage is immediately disturbing, though under closer inspection, becomes even more frightening. Angela comes to the dreadful realisation that the girl in the video was a former student in her faculty, triggering a downward spiral into the seedy underbelly of the unlikeliest origin.

It’s interesting that Amenabar wrote most of the film while still studying at university, suggesting that the director already had an interesting way of crafting twisted versions of his surroundings, constructing a self-referential film about film students, made by a film student.

The narrative is engaging, taking the audience on many shocking twists and turns, and it seems that many believed in the film’s quality; Tesis won seven Goya Awards in 1996, including Best Film, Best Director, and Best Original Screenplay.

Refreshing is Amenabar’s bold declaration that no matter your beliefs, human beings can be drawn to death and darkness, and that fascination can escalate depending on how it is understood. Cinema has long explored violence, and this is a film that manages itself to be a violent film, whilst simultaneously commenting on and considering the appeal of such content. It is definitely a film worthy of discussion and praise, and it’s evocation of debates around ethical consumption are universal in their importance. 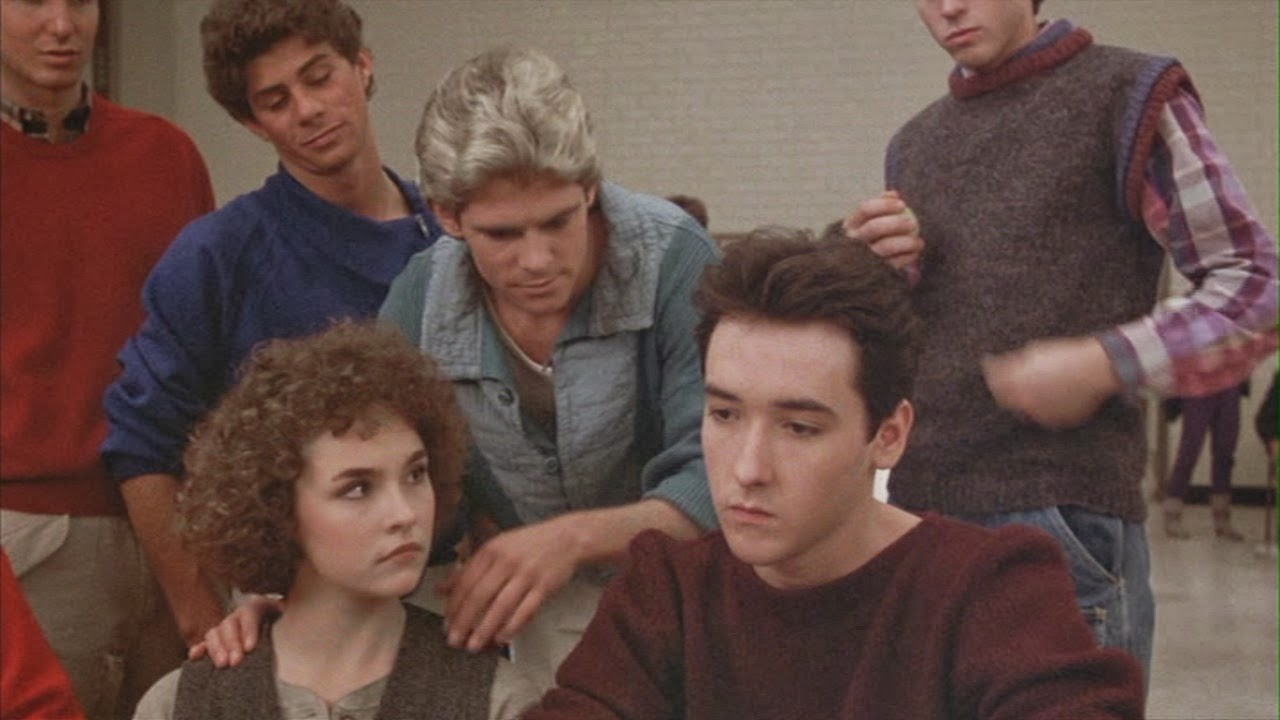 Better off Dead has become a beloved cult-comedy classic since its release in 1985, and there are many reasons for that. It offers an absurd alternative to the lauded films of John Hughes, it’s entirely ridiculous, it’s humour is dark, and most importantly, it managed to completely embarrass its lead actor, John Cusack.

Savage Steve Holland’s debut film is a series of gags, following the life of a teenager (Cusack) after he is dumped by his girlfriend. Admittedly, the suicide gags were nothing new, and had been done much better in previous comedies such as Hal Ashby’s superior Harold and Maude, and the style of teen-comedy it strives for is similar to a film made three years prior, which is of course, Amy Heckerling’s Fast Times at Ridgemont High – certainly sustainable of more laughs.

Yet, Better off Dead is admired by many for just how peculiar it feels, often bordering on anti-comedy. There are a host of memorable characters and dialogue, with many who see it remembering numerous lines that just aren’t funny when isolated, but when a part of something as messy and curious as this, rarely fail to raise a grin.

John Cusack said of the film: “Better off Dead… was the worst thing I have ever seen”, but for many of its audience, it has become a guilty pleasure, and a film that can be put on and enjoyed despite it’s rather morbid and personal content.

One cannot say of Savage Steve Holland that he has made a great film, but what can be said, is that he made Better off Dead, which it’s many fans would comically argue may actually be more of an achievement. “It’s an awesome spectacle”.

Many will disagree, but the extent to which Steven Soderbergh is hailed by film fans is baffling. Not that he hasn’t made some good films, however, he hasn’t really made anything that can be described as brilliant. Though, it is arguable that the closest he has been to making a great film was his very first effort, the important and Palme d’Or winning Sex, Lies and Videotape.

James Spader (in a role that won him the Best Actor prize at the Cannes Film Festival) stars as a man with an unusual habit. Meeting a woman whose husband is having an affair with her sister, Graham (Spader) begins videotaping her discussing her thoughts and detailing her sexuality. The film’s narrative allows for many conclusions to be drawn from marriage, infidelity, and sexual desire, all delivered in a cool and witty manner.

It is considered a monumental achievement in helping to sculpt an American independent film movement, and in 2006, Soderbergh’s debut was added to the United States Library of Congress’ National Film Registry, regarding it as “culturally, historically, or aesthetically significant”. Although it had been brewing for much longer, the film was written in only eight days, going on to achieve financial and critical success.

It is certainly the most intelligent and sophisticated film of Soderbergh’s long career, in regards to its exploration of human sexuality and response. He has since become well-known for rebooting the Ocean’s franchise in 2001, and although many considered that he had gone back to his roots more recently with the iPhone-shot Unsane, the film was nevertheless a ridiculous and humiliating effort.

When one glances over his body of work, it becomes glaring that over the course of almost three decades, the filmmaker has been unable to top something that took him just over a week to conceptualise. Sometimes, a great idea is enough.

Richard Kelly’s science-fiction masterpiece is the only logical choice to top this list. Many would argue for the above, or for Sam Mendes and American Beauty, Tony Kaye and American History X – however, there is simply no other example of a director failing to top their first feature, than that of the solitary success of Donnie Darko.

Kelly’s debut is nothing short of a cult phenomenon, and chronicles the experiences of Donald Darko, a troubled young man who is told by a man dressed as a menacing bunny-rabbit that the world is coming to an end in twenty-eight days, six hours, forty-two minutes, and twelve seconds.

Coming to terms with this, Donnie must grapple with what is going on and work out how to save the world. It is supportable that this film influenced modern science-fiction cinema, and if it didn’t, it certainly played a great role in its course. The legacy lives on today, and many praise the film’s subversive and complex narrative, visionary iconography, and a stunning early performance from one of Hollywood’s finest screen actors, Jake Gyllenhaal.

It is regularly included in many “Greatest Films…” lists, and many film fans cite it as their favourite film of all time. So, it seems all the more surprising that Richard Kelly failed to make anything that even came close to the success of his early work. After this, he only made two films: Southland Tales, and The Box, both of which are underwhelming and forgettable efforts from a director who may just have had one great idea.

The Director’s Cut of Donnie Darko is a simplified and less challenging version of the film, so this may be one of the rare instances of interference being a positive, because clearly the film Kelly truly wanted to make wasn’t as good, making it no surprise after all that his subsequent efforts failed to resonate with audiences.

The theatrical cut of this modern-classic will see the name Kelly frequently mentioned regardless, with most emerging director’s only being able to wish they had something as explosive and refreshing as Kelly’s debut.