Shot as a mockumentary, Big Man Japan tells the story of Masaru (Hitoshi Matsumoto, who also co-wrote and directed), a seemingly ordinary citizen who transforms into a giant whenever he zaps himself with electricity. You see, Masaru is the country’s sole protector against the monsters that keep attacking, but most people consider him an overweight buffoon who does more harm than good.

Despite keeping his country safe from such kaiju as The Strangling Monster (who can uproot buildings with the band it has instead of hands) and The Staring Monster (an eyeball on a long stalk), Masaru’s popularity plummets after he kills The Child Monster, an oversized baby he defeats by dropping it on its head. Now perceived as a child murderer, Masaru finds himself cold-shouldered by the people he once swore to protect.

A parody of Japanese superhero and giant monster movies, Big Man Japan is so deadpan that as the movie begins you could be forgiven for thinking you’re watching an actual documentary. Then Masaru transforms in order to fight such creatures as The Hopping Monster (a giant head on top of a single leg) and the insanity spirals from there. 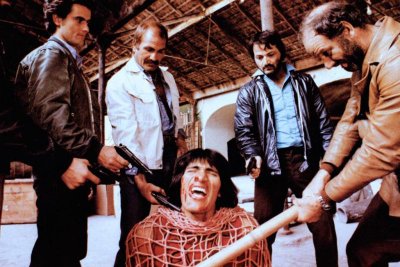 Black-garbed villain Kobras (Donald Pleasance) has acquired the Pumamask, which will allow him to take over the world (somehow), so it’s up to Aztec god Vadinho (Miguel Angel Fuentes) to find the latest incarnation of Pumaman, aka the Italian Superman.

This he does in the most disarming way possible – he throws people out of windows to see if they float. Thankfully, it’s not long before he meets Professor Tony Farms (Walter George Alton), who proves to be a dab hand at standing in front of rear-projected footage. He also gets the cheapest superhero costume ever: a red and black tunic, which means he has to provide his own trousers and shoes.

When Pumaman confronts his nemesis, however, he proves no match for Kobras’s mind-control techniques, so Vadinho takes him aside for further training, during which he dispenses such sound wisdom as, “Each man is a god, and each man is free.” Now given the strength to crush his enemies, Pumaman triumphs over evil and flies away with his girlfriend, who asks him, “Have you ever made love in the air?” 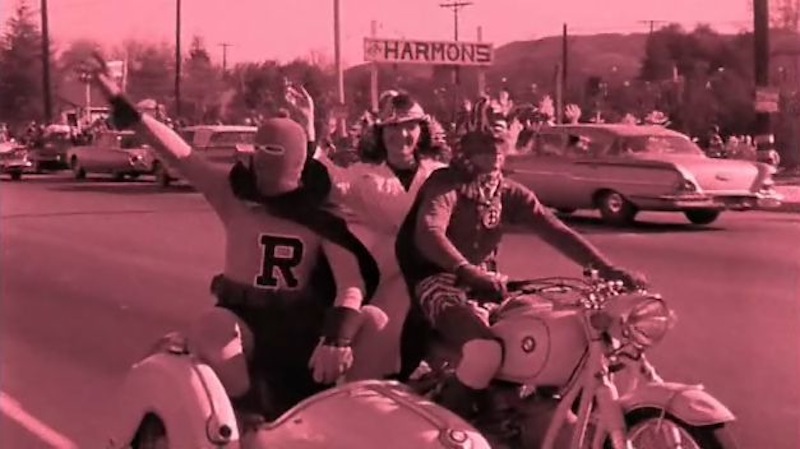 Lonnie Lord is a popular singer who carries a guitar with him at all times because “he never knows when he’ll be called upon to sing.” Together with his gardener, Titus Twinkly, he fights crime wearing shabby tights, a cape and a ski mask.

Yes, Ratpfink and Boo Boo look incredibly silly, but they’re well-intentioned. Describing themselves as “Friends of those who have no friends, enemies of those who make them an enemy, champions of women and children everywhere”, the dynamic duo (who are in no way a poor man’s Batman and Robin) drive to crime scenes in a motorcycle with a sidecar, pausing at every junction and always obeying the speed limit.

It’s this kind of dignity (together with Boo Boo’s hat with bells and flashing lights) that gives the duo the edge over most other superheroes. While Captain America and Iron Man gripe about the inordinate amount of collateral damage caused by their escapes, Ratpfink and Boo Boo have no such dilemma – most of their nemeses turn out to be bad actors in monkey costumes. 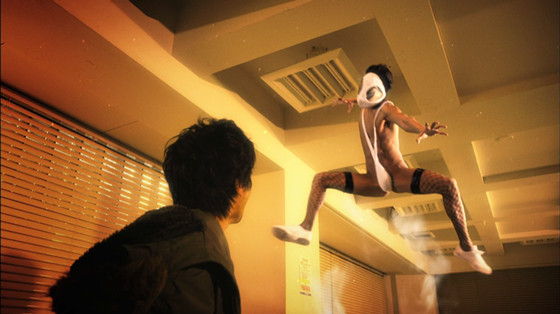 Move over Spider-Man and step aside Batman: there’s a new superhero in town and his name is….Masked Pervert?
The alter ego of high school student Kyosuke Shikijo (Ryohei Suzuki), who likes to wear female undergarments, Masked Pervert gets his powers not from the sun but from wearing a pair of panties across his face. Unfortunately for him, he realizes he can’t just walk into a lingerie store and buy a pair – they have to have been worn first.

This leads to a moment you’ll never see in the MCU, where the hero asks a stranger to remove her panties in public so he can transform and fight his nemeses. Wearing fishnet tights, tighty whiteys and what looks suspiciously like a Spidey mask beneath his panties, he bounces into action with a camp attitude that’ll appeal to anyone who loved Deadpool.

What are his powers, you ask? The nerdy student turns into a fighter whose killer move involves defeating his opponent by thrusting his “golden balls” in their faces (well, you did ask). 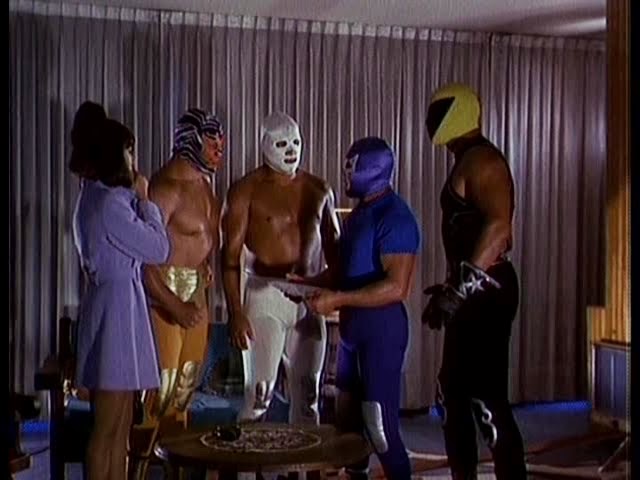 Their nemesis is a mad scientist who wants to destroy the group before they can foil another of his schemes, and this time the doc has hit upon the perfect plan. Recruiting an army of midgets, he uses a machine to turn them into super strong assassins and sends them after our heroes, leading to several bizarre sequences where little people are smacking the wrestlers around.

Unfortunately for the doc, the effects are only temporary and when the midgets’ powers wear off they turn out to be easily defeated (what’re the odds?). If you are offended by the prospect of little people being brutalized by luchadors then don’t worry – the low budget and lack of stunt doubles mean the midgets turn into stuffed dummies every time one of them flies into exploding lab equipment.

Throw in a subplot involving a Miss Mexico contest, add a mid-air fight between a wrestler and a midget, then sprinkle with 70s technology (love that portable that folds into a machine gun) and you have a movie that must be seen to be believed.