Probably the most prominent member of the Fifth Generation of filmmakers that also included Chen Kaige, Tian Zhuangzhuang and Zhang Junzhao, Zhang Yimou has been shooting films that combine artistry with deep sociopolitical meanings since the 80s.

His movies have netted awards from almost all the major international festivals, including Silver Lion and Golden Lion prizes at the Venice Film Festival, the Grand Jury Prize at the Cannes Film Festival, and the Golden Bear at the Berlin International Film Festival. Additionally, a large percent of the popularity Chinese cinema is enjoying now is due to his efforts.

Furthermore, through the years, he has showed a knack for diversity, directing wuxia, gangster, and even Hollywood blockbuster movies. Here are his 19 feature films, ranked from good to best.

(Zhang also worked as co-director in “Codename Cougar”, but I consider it mostly a Yang Fengliang film, despite the presence of Gong Li and Ge You, and so I did not include it.) 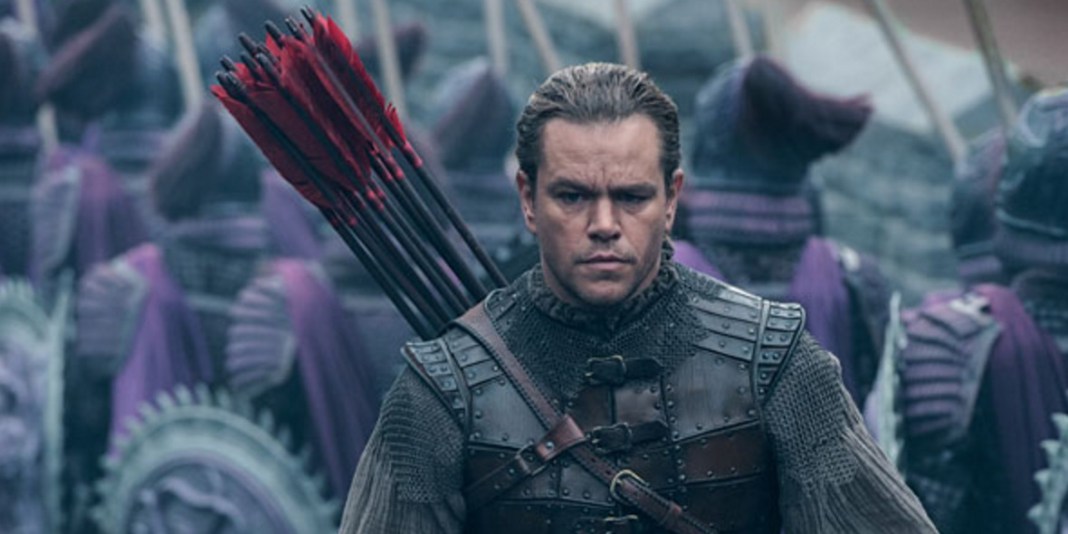 The first English-language film in Zhang’s career was also the one with the biggest budget, with $135 million at his disposal. However, the film ended up being a commercial failure.

The story takes place in the Song dynasty, during the reign of the Renzong Emperor. The two survivors of a smuggling group looking for gunpowder end up in imprisoned in the Great Wall, where they realize the true reason behind its construction. Eventually, and as a wave of monsters is about to attack China, the two smugglers join forces with the Chinese army in order to face this seemingly unstoppable force.

Zhang directs a film that cannot avoid the reefs of the Hollywood blockbuster, and in that fashion, aims to impress through special effects and nonstop action. In that aspect, it succeeds, to a point at least, but the film lacks any depth, as it focuses solely on impression, without having any substance. 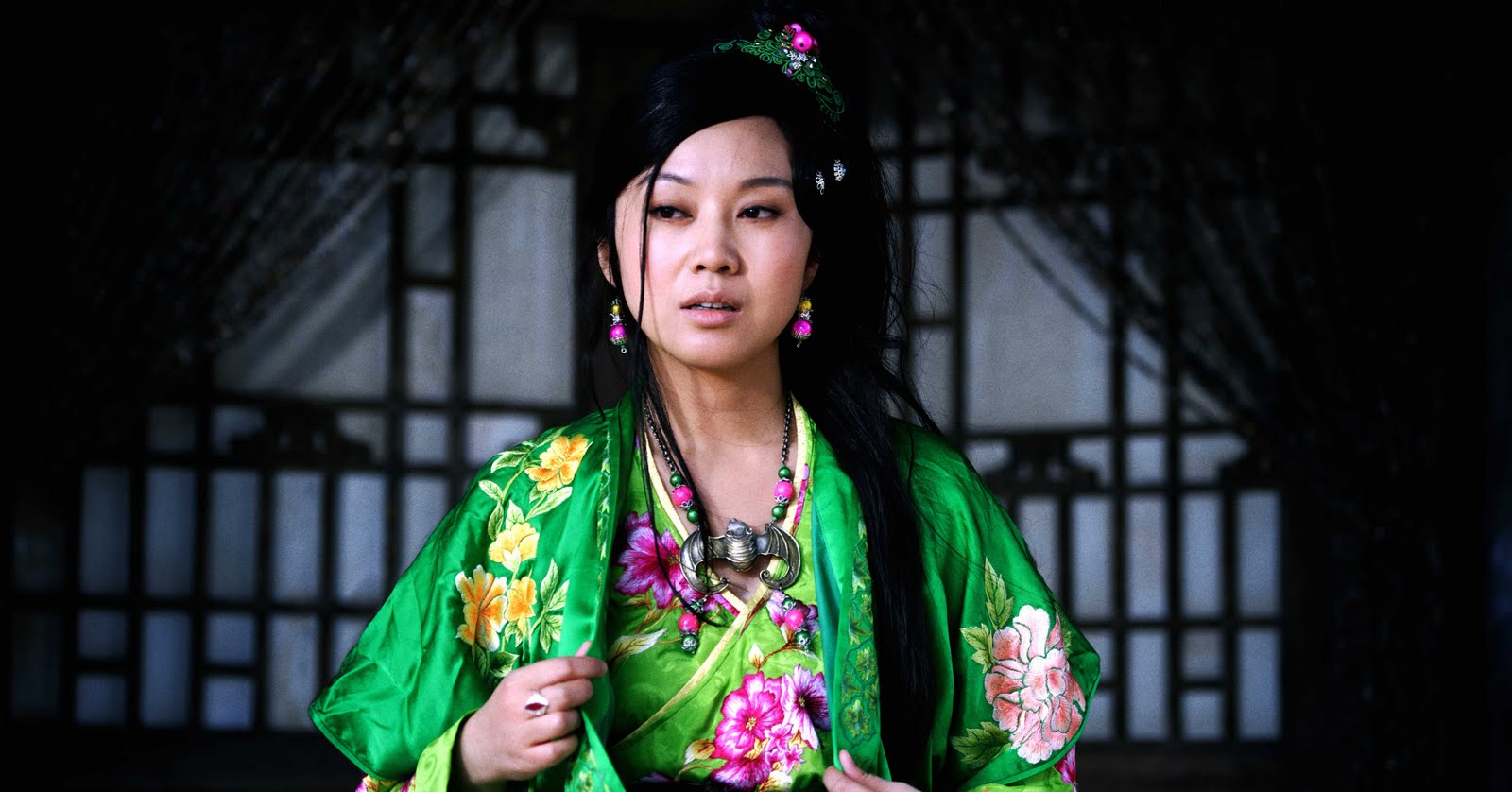 The film is inspired by “Blood Simple”, the 1984 debut of the Coen brothers, one of Zhang’s favorite films. The story revolves around Wang, a depressed but cunning noodle shop owner. His wife cheats on him with one of his employees, but Wang becomes aware of the fact and decides to hire a policeman named Zhang to kill them both. Zhang, however has an agenda of his own and the bodies begin piling up.

Zhang makes a smart adaptation, transferring the original’s setting to an earlier century in China, but retaining the slapstick combination of comedy and thriller. However, eventually he loses his sense of proportion and the film becomes somewhat tedious, eventually transforming into an uninteresting and occasionally confusing succession of black humor and violence. 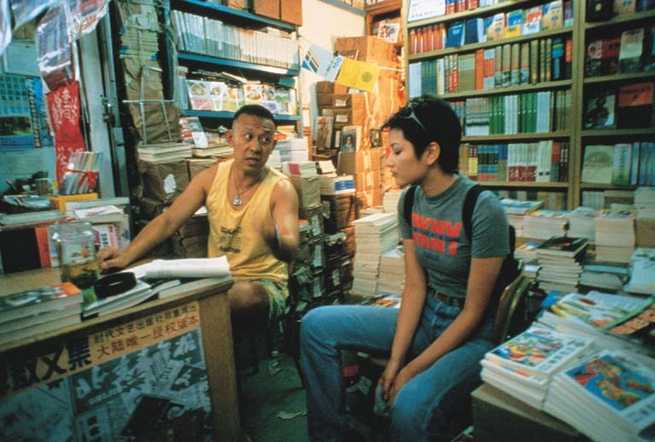 “Keep Cool” was a first for Zhang in many ways. Adapted from the novel “Evening Paper News” by Shu Ping, the film was his first contemporary urban movie, his first comedy and his first without Gong Li.

Bookseller Zhao is following his ex-lover, An Hong, not being able to accept that she has left him. His efforts are of epic proportions, and eventually he manages to impress her and earn an invitation to her apartment. However, their endeavor is interrupted in hilarious fashion. The story then shifts forward, and Zhao now tries to exact revenge from An’s new boyfriend, a nightclub owner who beat him in order to make him stop harassing his girlfriend.

Zhang used handheld cameras in the film, in a tactic that induced it with a much faster pace than his previous works. The movie features slang, many jokes, and a wonderful performance from Jiang Wen in the role of Zhao. However, the story is without debt, the artistry is scarce, and the meaningfulness non-existent in a movie that ends up being a little more than a flick. 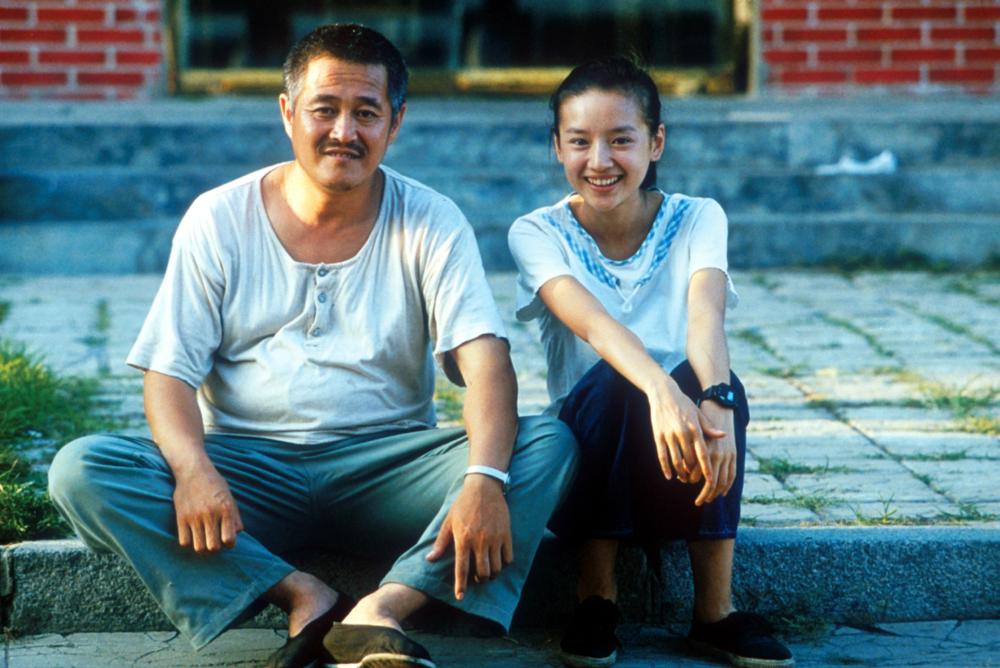 The film is loosely based on the short story, “Shifu: You’ll Do Anything for a Laugh” by Mo Yan and was co-produced by Terrence Malick.

An old and laid-off factory worker named Zhao is set on marrying an obese girl, and to accomplish that, he has to persuade her that he is financially stable. In order to do that, he comes up with a rather preposterous idea: to transform an abandoned bus into a hotel and present himself as the owner.

However, things become more complicated when his love interest asks him to hire her adopted daughter, who is blind. Furthermore, eventually the local government decides to pull the bus from the place it was stationed. Zhao, however, has grown fond of the girl, and is determined to fight the authorities.

Zhang directs a bittersweet story about the transformation of a naive, lying, and self-indulgent bachelor to a sensitive man who is willing to go to extremes to take care of the girl. His love also transforms the girl, who becomes more courageous and starts believing in herself through his love and care. On a second level, Zhang highlights the fact of how a single event can change people’s lives, and through this, he makes a comment about the political situation in the country.

However, the film becomes overly sentimental and melodramatic after a point, and this sense actually blankets most of the film’s traits.

The film is based on a novella by Geling Yan, “13 Flowers of Nanjing”, which was inspired by the diary of Minnie Vautrin.

The story takes place during the highly controversial incidents of the Nanjing Massacre. A group of Chinese people, including 13 prostitutes, some students and some soldiers, find shelter in a Catholic church, as they try to avoid the Japanese army. A foreign mortician, John, who is tasked with preparing the burial for the head priest, also arrives at the place. Being the only man there, he finds himself being the protector of all these women.

The film features impressive cinematography, with the cathedral and the surroundings presented in outstanding fashion, while Ni Ni as the leader of prostitutes gives a great performance that netted her the Best Newcomer Award at the Asian Film Awards.

Christian Bale, on the other hand, has an inelegant part as the drunken mortician who turns into a hero, and the film eventually ends up as an exercise on impression, but without any depth. At the same time, many accused the film of featuring anti-Japanese propaganda. 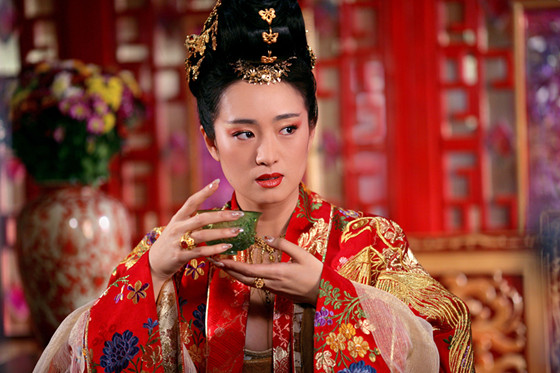 The film is based on Cao Yu’s 1934 play “Thunderstorm”, although Zhang transferred the story to the Imperial court in ancient China, when the original was set on the period before the Japanese invasion. With a budget of US$45 million, it was the most expensive Chinese film at the time, and Zhang implemented the majority of the budget on the impressive representation of the era, both in set design and costumes.

On the eve of the Double Ninth Festival, the emperor and his second son return from a military campaign to celebrate with their family. However, the relationship of the emperor with the empress is in very bad shape, since she has been having an affair with the first son and heir, who was born of the Emperor’s previous wife.

He, however, has a relationship with the daughter of the Imperial Doctor, and is willing to reject the throne and run away with her. At the same time, the second son worries for his mother’s deteriorating health, and the fact that she has become obsessed with golden flowers.

Zhang uses the emperor’s court one more time as a canvas, in order to present a visually stunning film, although this time the martial arts are toned down and have given their place to intrigues, treacheries, and family feuds. The impressive images are still here, particularly through the astonishing depiction of the riches of the Court, but this time, they are overshadowed by the hyperbolic drama.

A comment regarding the decay lurking underneath the luxury is rather evident, but Zhang drowns that in an overwhelmingly complex story that functions like a Shakespearean tragedy but eventually is found lacking in actual depth. Gong Li is rather good in the role of the Empress, but Chow Yun-fat seems completely out of place in the role of the emperor.