Since his directional debut in 1998, Christopher Nolan has steadily entered the lexicon as one of the greatest living directors of the 21st century. Alongside the likes of Steven Spielberg, Martin Scorsese, David Fincher and Quentin Tarantino, Nolan has been able mix commercial filmmaking with a keen aesthetic eye. His films are not only box office successes and critically acclaimed, they also fit in with his artistic vision, making him one of Hollywood’s few auteurs.

One can only look at Nolan’s earliest work to gain an insight into his directional style. Film noir sensibilities can be found in Following (1998), Memento (2000) and Insomnia (2002), with mentally ill protagonists trying to survive in a cruel world.

The young unemployed writer must deal with loneliness, Leonard with his anterograde amnesia and Will Dormer with his guilt and insomnia. This interest in mentally ill protagonists immersed in a dark world made him an ideal choice of writer and director when Warner Bros. Studios decides to resurrect the Batman series from purgatory following the disaster that was Batman and Robin.

Despite making the transition from independent/low budget filmmaking to a studio owned franchise tent pole, Nolan was able to maintain creative control over the film, making the series his own. In an era where studios, such as Disney and Marvel, maintain strict control over franchises, eager to make an assembly line of by-the-book sequels, Nolan was able to take one of the most recognisable franchises in history and define it through his own aesthetic.

And yet, despite his great success as a Hollywood filmmaker, despite having achieved universal critical acclaim, despite directing several box office hits (including two films grossing over $1 billion) and despite seven of his films appearing on IMDb’s top 250 list, Christopher Nolan has never won an Academy Award.

On top of that, he has never even been nominated for Best Director. While Nolan has received three Academy Award nominations throughout his career, including Best Adapted Screenplay for Memento and Best Original Screenplay and Best Picture for Inception, Oscar glory has eluded the great filmmaker.

Many believed that The Dark Knight (2008) would be Nolan’s first chance at Oscar glory, given its critical acclaim and significant box office return. However, the film was snubbed for Best Picture, Best Director and Best Adapted Screenplay.

Even Academy Awards host Hugh Jackman mocked the exclusion in his opening number, “How come comic books never get nominated? How can a billion dollars be unsophisticated?” While Inception gave Nolan his second and third nominations for writing and producing, the coveted Best Director nomination still remains illusive.

However, this may change in 2017 with the first trailer for his tenth film, Dunkirk. Could 2017 finally be the year that the Academy gives Christopher Nolan the love he deserves? These are 10 reasons why Dunkirk could be the film that nets Nolan his first Academy Award.

1. Based on a historical event

You want Oscar bait? Look through a history book. History has always been a source of strong film material, whether it is as far back as ancient Antiquity (Ben-Hur, Gladiator) or even recent history (The Hurt Locker, Spotlight). Regardless of the time period, the Academy has always had an affinity with biopics and historical dramas. Even this year, several Oscar favourites fall into this category including Hacksaw Ridge, Silence, Hidden Figures, Jackie and Loving.

So does Dunkirk fit into this category? Absolutely.

The Battle of Dunkirk was an event that occurred upon the French/Belgian border between May and June 1940. With the Nazis sweeping through France, the British were forced to evacuate over 400,000 soldiers across the English Channel. So you have a real life event that was not only tense and high stakes, but also one that directly impacted the outcome of the war. If the evacuation had been a disaster, the outcome of the war on the Western front could have been very different.

From the trailer, we are given a glimpse of various characters including soldiers, officers, pilots and even civilians that sailed across the channel in their own boats. However, it is unclear if some or even any of these characters are based on real individuals. Regardless, setting the film during a key period in World War II, an event that unites audiences from around the world in their own way, is a strong choice. 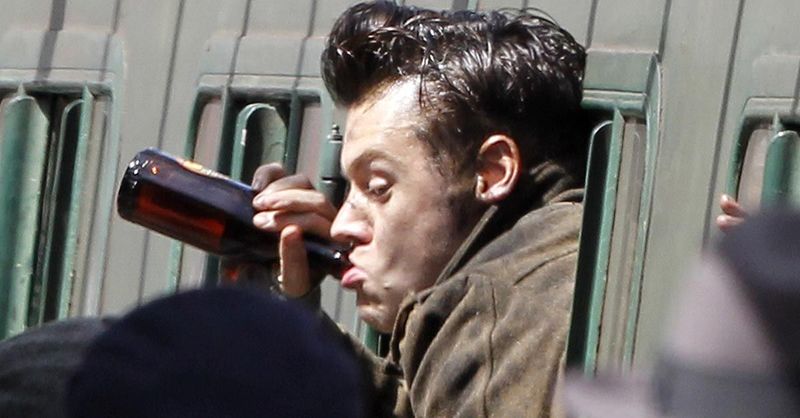 War films have been a consistent part of Hollywood since the end of World War II. Every year, at least one war flick is released depicting various wars and battles, going as far back as the Roman and Greek conquests to as recent as the War on Terror. Since Saving Private Ryan was released in 1998, war films have been defined by their extreme violence, symbolism and psychological impact.

Nolan, however, has a much more grand perspective in mind with Dunkirk, reminiscent of the classics that emerged throughout the 1960s and 1970s. This trend started with The Longest Day (1960), which depicted the D-Day landings from multiple perspectives, including various Allied officers and soldiers, civilians, resistances fighters and even the German defenders.

This trend continued through multiple films including Tora! Tora! Tora! Midway and A Bridge Too Far, before disappearing with many of the anti-war Post-Vietnam flicks that emerged in the 1970s and 1980s.

So why would the Academy care? Oscar voters have recently given their love to films that resurrect genres considered extinct. The Artist won 5 Academy awards, including Best Picture, in 2012 and La La Land is expected to follow suite. Dunkirk could follow down the same path. 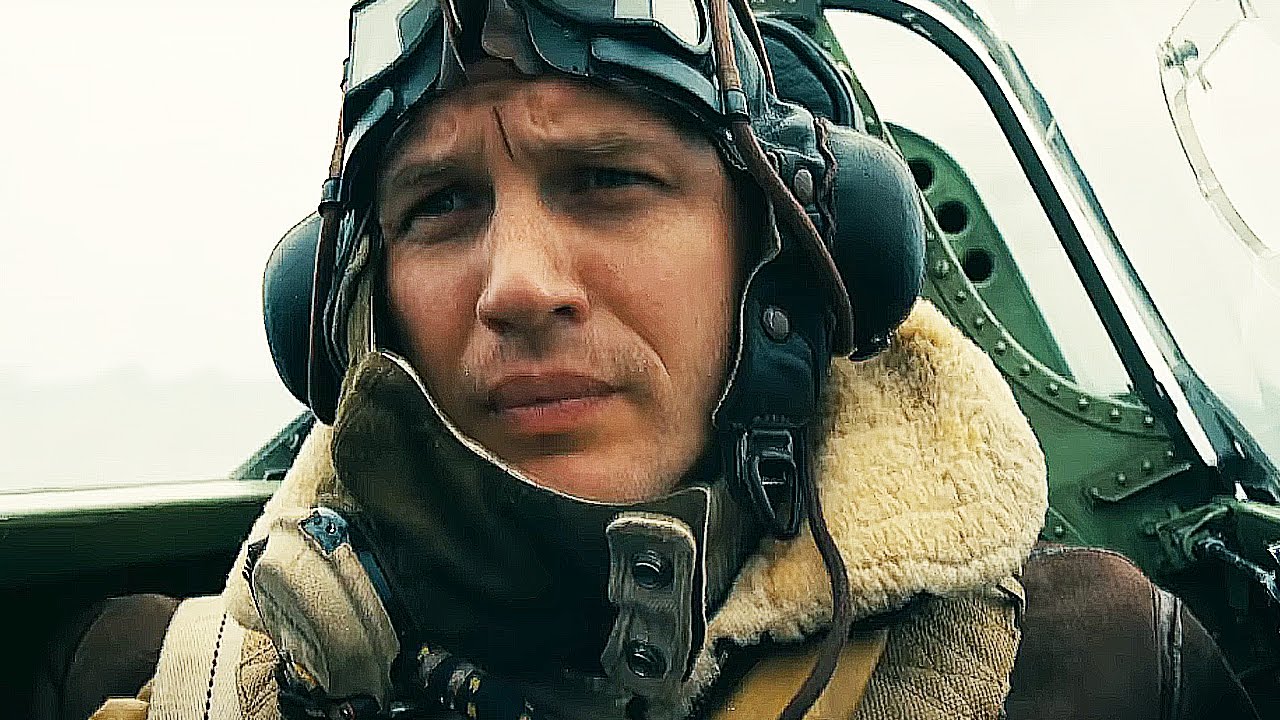 It is still unclear whether the film’s all-star cast will be playing real life individuals or fictionalised composites. Regardless, the Academy has been generous to films with all-star casts, especially those with an ensemble.

Films like Crash, Shakespeare in Love and Lord of the Rings were widely regarded for their scale, especially in terms of casting. Each film utilised a range of actors from the newest stars to highly respected thespians creating a wide range of performances.

As far back as Batman Begins, Christopher Nolan has been able to bring together a wide range of talent for each of his films. From highly acclaimed thespians (Michael Caine, Morgan Freeman, Gary Oldman), to established stars (Hugh Jackman, Leonardo DiCaprio, Matthew McConaughey) and even giving some future stars (Tom Hardy, Christian Bale) their breakout roles. Nothing changes for Dunkirk.

For established stars, Tom Hardy headlines the film as pilot Farrier. Not only is Hardy a regular in Nolan’s filmography (appearing in Inception and The Dark Knight Rises), he is currently an Academy darling, appearing in two Oscar favourites in 2015 including Mad Max: Fury Road and The Revenant (scoring an Oscar nomination for his work).

Frequent collaborator Michael Caine may not make an appearance, but respected thespians Kenneth Branagh and Mark Rylance make stern and quotable appearances in the trailer. As for the young soldiers on the beach, Nolan has avoided international stars and picked a handful of newcomers (including One Direction’s Harry Styles) ensuring that Nolan ticks all the boxes for an ensemble cast.

Anyone familiar with Nolan’s directional style knows that practical effects are a key part of his aesthetic. Unlike many of his contemporaries, including Michael Bay and Zack Snyder, Nolan tends to avoid CGI effects as much as possible. Of course, when you direct an epic Sci-Fi like Interstellar, computer graphics are essential (as much as we would love it, even Christopher Nolan could not get a budget to shoot in space).

However, this has not stopped Nolan from shooting some of the most awe-inspiring sequence in filmmaking history. Both the heart stopping truck flip in The Dark Knight and the spinning hallway fight scene in Inception look almost impossible to shoot practically yet Nolan, along with his crew, achieved filmmaking magic.

Nolan has no intention of breaking this tradition with publications already reporting that the studio is renting real ships, including Naval Frigates, for the film. Real vintage British and German aircraft from the era have also been rented for the film, including one which has been purchased for the purpose of having an IMAX camera strapped to it for a pivotal scene.

Sounds pretty risky? Well, Nolan has already destroyed two IMAX cameras, both in the Batman movies. So what is another camera, plus the $5 million vintage fighter plane it is attached to?

This dedication to old school, practical filmmaking will surely dazzle Oscar voters in a year’s time, guaranteeing it technical awards such as Cinematography, Editing, Sound and hopefully Directing.