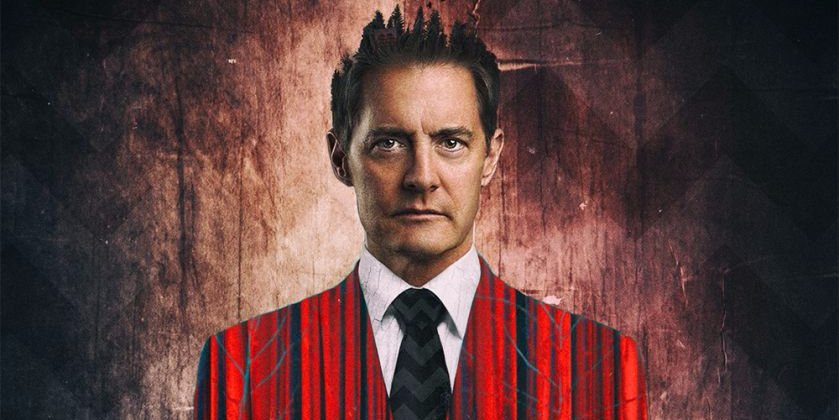 David Lynch’s Twin Peaks: The Return, a goliath eighteen-hour journey into the art of dreams, memory and time, is unquestionably the best film of the year. Once seen, The Return cannot be eradicated from memory, it leeches onto your mind with a vice like grip that cannot be loosened. Once the screen fades to black, the final credits roll and your jaw has been picked up off the floor, the urge to talk about what has just been witnessed is coupled with a desire to never want to talk about it again.

Twin Peaks: The Return journeys back to the small town in Washington state, to revisit and continue the story that was left with an enraging cliff-hanger in 1991. The following year, Twin Peaks: Fire Walk With Me was expected to tie up loose ends and to present closure but only succeeded in posing more questions, leaving a rather sour taste.

While the prequel film has been since re-evaluated, Twin Peaks: The Return is fresh in the mind, and refusing to go anywhere. One reason for this is that you may never see anything like this again; Lynch has thoroughly outdone himself and created the perfect culmination of his life’s work. 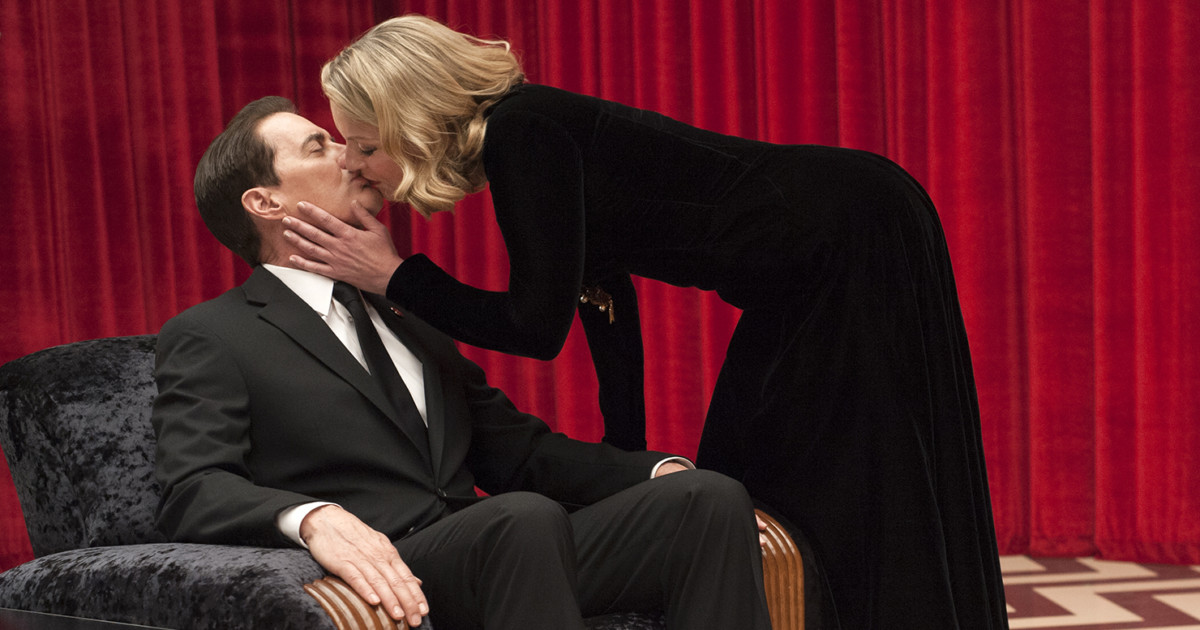 “Strange as it sounds, I think you’re a girl named Laura Palmer.”

Following the cryptic finale of the second series of Twin Peaks (Laura Palmer’s haunting “I’ll see you again in 25 years”), the desperation to understand and get resolutions lingered greatly, and once The Return was greenlit, a joyous reunion in the quirkiest of Twin Peaks way was highly anticipated by fans.

Such desires only offered creators David Lynch and Mark Frost more reasons to either hold back on, or complete refuse to acknowledge, the fates of beloved characters from a quarter of a decade previously. The gentle, well-mannered Dale Cooper, whose unrivalled good nature won over the hearts of characters and fans alike, was withheld by Lynch and replaced by Dougie Jones, a tulpa of Cooper, physically the same person. However, two and a half decades in the Red Room have frazzled Cooper, and Dougie stumbles around Vegas like a confused child.

Throughout the film, Dougie becomes slightly more receptive to buzz words that fans associate with Cooper, be they “coffee”, “cherry pie” or “case files”. Jones repeats these nouns with the overenthusiastic glee of a young child reacting to be allowed to do something exciting. Speculation grew as to what would be the trigger for Dale Cooper to return to the world of the living and reunite with the characters from his old life whom he had left behind.

Ultimately, fans should have seen this coming from Lynch and Frost; they had been handed twenty-five years of expectation and Twin Peaks: The Return finds a brutal joy in withholding dreams and desires. The film’s conclusion can be interpreted in several ways, and none of them offer peaceful resolutions as Dale Cooper becomes trapped in a hellish circle of continually trying and failing to save Laura Palmer, his determination to do what he believes is right clashes with Laura’s necessity to die, as ordained by the celestial Fireman.

Furthermore, the relationship between Cooper and Audrey Horne, one of the most tender arcs of the original series, was completely disbanded and left to disintegrate. Audrey’s fate was never confirmed, leaving her role in The Return utterly befuddling, or perhaps never even real. Never has Lynch tormented his fans so much in all his career, to leave so many plot threads unsolved and to finally say that ninety per-cent of the entire film might have been a dream anyway.

Even the title was more than a little misleading; while the majority of Twin Peaks was set in the town itself, The Return is more in keeping with Fire Walk With Me, introducing a wider berth of characters who are somehow connected to each other, all with their roles to play in massaging events towards a Twin Peaks based conclusion. The “return” of the title can be analysed in many different contexts (the return of the Twin Peaks universe, the return of Dale Cooper) yet it is the return to the town itself that takes the most time to play out; audience members almost urge the film to quicken pace so that Cooper can somehow get back to Twin Peaks.

2. Use of dreams and visions 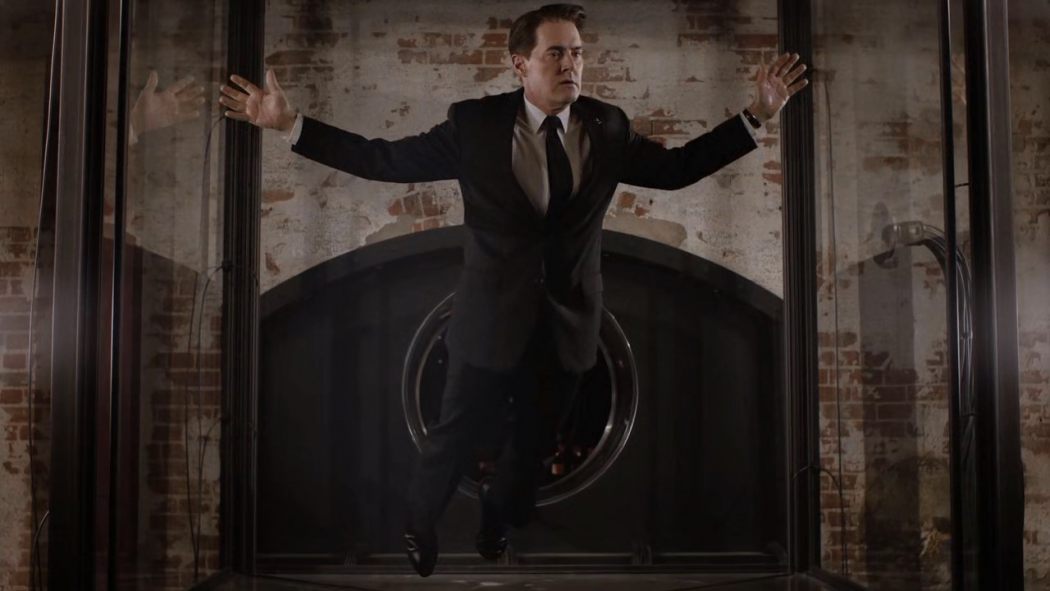 Monica Bellucci’s portentous warning to David Lynch’s Gordon Cole reached a level of metatextuality that felt like it was reaching out of the screen and throttling the audience. Dreams and visions have been a constant presence in Lynch works, and with Twin Peaks: The Return, the role of dreams is as subjective as it is meaningful.

Ultimately, every viewer could have their own theory as to how much of the film is set outside of reality- The Return refuses to offer a linear narrative, in fact it does its best to lay out a string of red herrings; characters whose arcs never seem to go anywhere- and even within the main story dreams play prominent roles at plot points throughout.

Lynch’s mesmeric use of the dream state is a powerful tool that allows the film to tell the story that it wants to in an altogether more experimental way. Lynch’s interest in meditation transcends more than just the dreams in Twin Peaks, it envelops the entire film.

The pacing is extraordinarily slow in places; one scene in part seven consists of a young man sweeping a floor in the Roadhouse for two and a half minutes, more than enough time for the audience to figure out the metaphor. Perhaps the plot- if that indeed is the correct word to use here- could be told in half the run time of The Return, yet that is not the primary thing to take away. Twin Peaks: The Return is not about understanding, but experiencing.

Dreams in Twin Peaks: The Return are as cryptically expository as they are visually dazzling; Dougie Jones’ life is spared in one instance because Bradley Michum (Jim Belushi) had a dream about a box with cherry pie inside, meaning that he and his brother could not kill Dougie.

The fact that this could happen shows that Twin Peaks fans are so understanding of Lynch’s methods and their complexities that a scene such as this would not be questioned contextually- not even the characters question the dreams that each other have, demonstrating that the power dreams possess are often stronger than the trust the people have with each other. 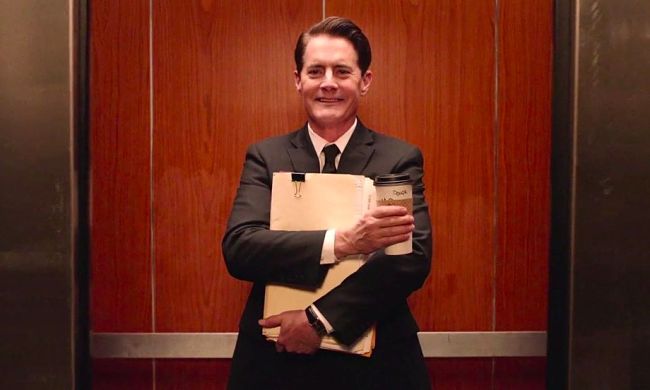 Casting an eye down the credit scroll of any of the “parts” of Twin Peaks: The Return and there is one eye-catching feature that stands out from the rest of the participants of the post-production process- David Lynch is solely credited for the sound design. This should not come as a surprise, as the distortions and confusion that comes with many of the scenes in The Return is amplified by the bizarre series of sounds that accompany the visuals.

Electricity plays a such a vital role in the film that it almost becomes an entity, as real and threatening as the human antagonists that are paraded throughout the piece. “It is in our house now”, warns the Fireman in the very opening scene of The Return, as if the sanctity of the Red Room had somehow been invaded by a much darker entity. The electricity manifests itself, almost as a guiding sound that appears in the lower reaches of the Great Northern hotel, in the cackling, crackled voice of the Evolution of the Arm.

Lynch has also reached deep into his list of musical contacts to create a glorious compilation of musical scenes that take place in the Roadhouse throughout The Return. Notably this sees a reunion of Lynch with Nine Inch Nails, whose founder Trent Reznor produced the soundtrack to Lost Highway.

Lynch’s son can also be seen playing among another act in the Roadhouse; these scenes often come at the end of “parts”, where familiar and unfamiliar characters alike hold cryptic conversations around bar tables before the bands put on a show. The fame that comes with some of these musicians is an unusual side-step for the town of Twin Peaks, the citizens of which are very proud of their quirkiness- Twin Peaks are so unusual that the familiarity of famous bands and groups is itself, suspicious.

The familiar tunes of composer Angelo Badalamenti are withheld for a great duration of the film; when we finally hear the theme tune outside of the credits, The Return is over fifteen hours in, as Dale Cooper’s return to presumed normality almost brings the welcoming music back with him out of slumber. Lynch is so acutely aware of the audience’s association with the score of Twin Peaks that he is, at first, reluctant to reuse it as the audience should somehow earn the right to hear it again after experiencing a certain portion of The Return.