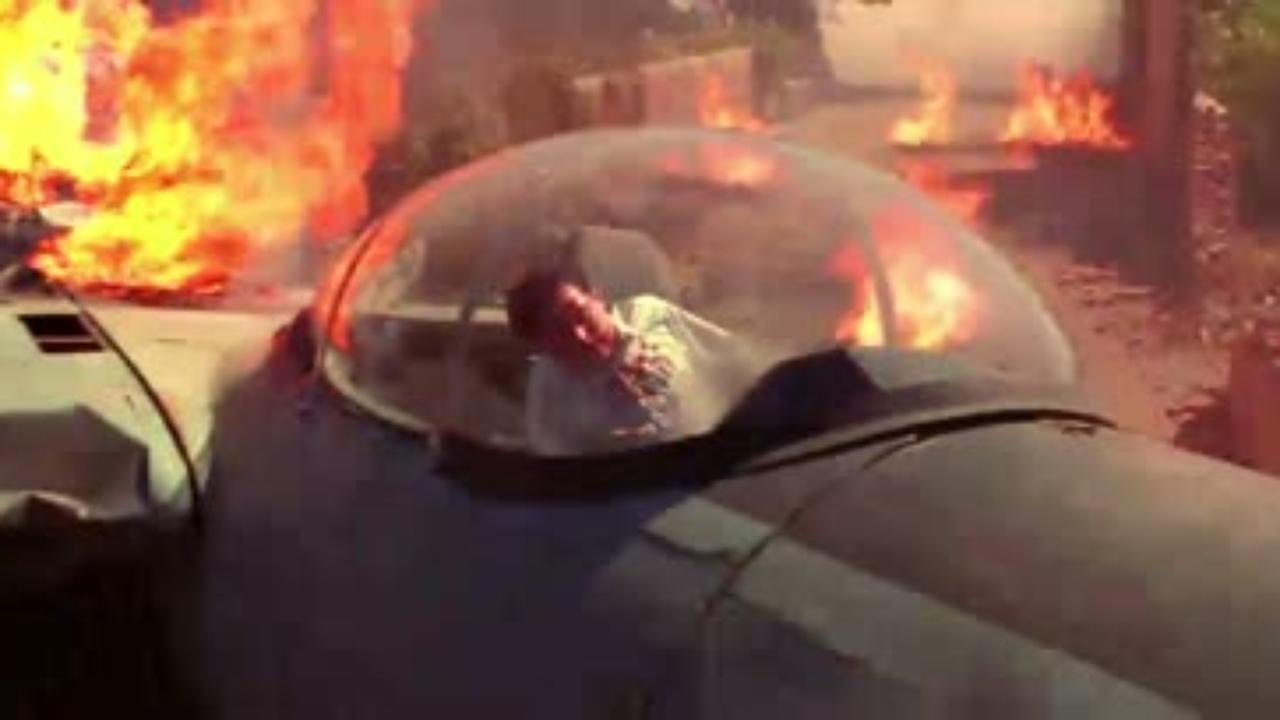 Scorsese is not a director that usually stages spectacle, but by no means does that mean he isn’t fantastic at it. As one of the twentieth centuries most icon and influential pioneers, Scorsese used this one scene to represent the pinnacle of one side of his life while displaying the beginning of another.

As Howard Hughes takes a prototype XF-11 airplane on a test flight, a malfunction causes the aircraft to crash horrifically within the suburbs of Beverly Hills.

The crash broke several major bones, left Hughes severely burned, collapsed one of his lungs and literally shifted his heart as well as a long term dependence on opiates and codeine as painkillers. It also initiated decades of psychological trauma and paranoia as Hughes descended into depression and recluse, eventually leading to a complete mental breakdown.

But for just this singular scene, Scorsese captured the visceral energy of the crash, the sheer terror of the event and the scale of the disaster. It was traumatic, destructive and reflected the way in which an amazing life was about to change forever.

Just when we think that we have worked out what is going on in a movie, when all of the arcs and stories are seemingly about to be resolved something like this moment comes out of nowhere and flips the whole picture upside down. This moment toys with our emotions and expectations so ruthlessly that it’s almost difficult to comprehend it upon a first viewing.

We have followed Leo DiCaprio’s Billy Costigan through thick and thin as he slowly edges his way closer to success and freedom, working to uncover the mole within the Boston police department and find the necessary evidence to convict Frank Costello. We supported Billy and hoped he would walk out alive and just as it seems like he has secured his victory he is quickly and ruthlessly executed.

The moment is handled so swiftly and unexpectedly, without any build up or suspense that it’s impossible not to be surprised by it. Even if you have seen Infernal Affairs of which The Departed is a remake of, the sudden death of such a major character is a rarity in Hollywood filmmaking, most directors would draw the moment out and ultimately break the tension they were trying to build. But by not giving the audience a second to think or guess what might happen next Scorsese made the final result all the more unexpected and emotionally impactful.

12. Battle of the Five Points (Gangs of New York)

Without question the biggest and grandest action scene Scorsese has ever staged, the scale and violence that permeates Gangs of New York not only provides a stunning spectacle from which to open the film but also establishes the central motif for which the next 160 minutes will be devoted to.

Before the battle, Scorsese does what any sensible director working with Daniel Day Lewis would do and let the Oscar winning actor chew the scenery to pieces with his eccentric and wild speech to initiate the battle. The scene creates a sense of visceral energy and sheer brutality that such a confrontation would evoke, but then proceeds to follow Bill Cuttings as he slices his way through the ranks, capturing his manic tactic but also his intent focus.

There are so many words that can be used to describe the battle. It’s chaotic and violent, sprawling and epic yet also oddly intimate as it captures the bloodshed in close detail, creating a personal view of the carnage and brutality of the events as they unfold.

From the methodical beat of the soundtrack, the varying camera heights and use of fast and slow motion Scorsese arouses an unparalleled sense of anarchy. Right down to the final thrust of the knife, this scene is just epic in every sense of the word.

11. A Normal Life (The Last Temptation of Christ) 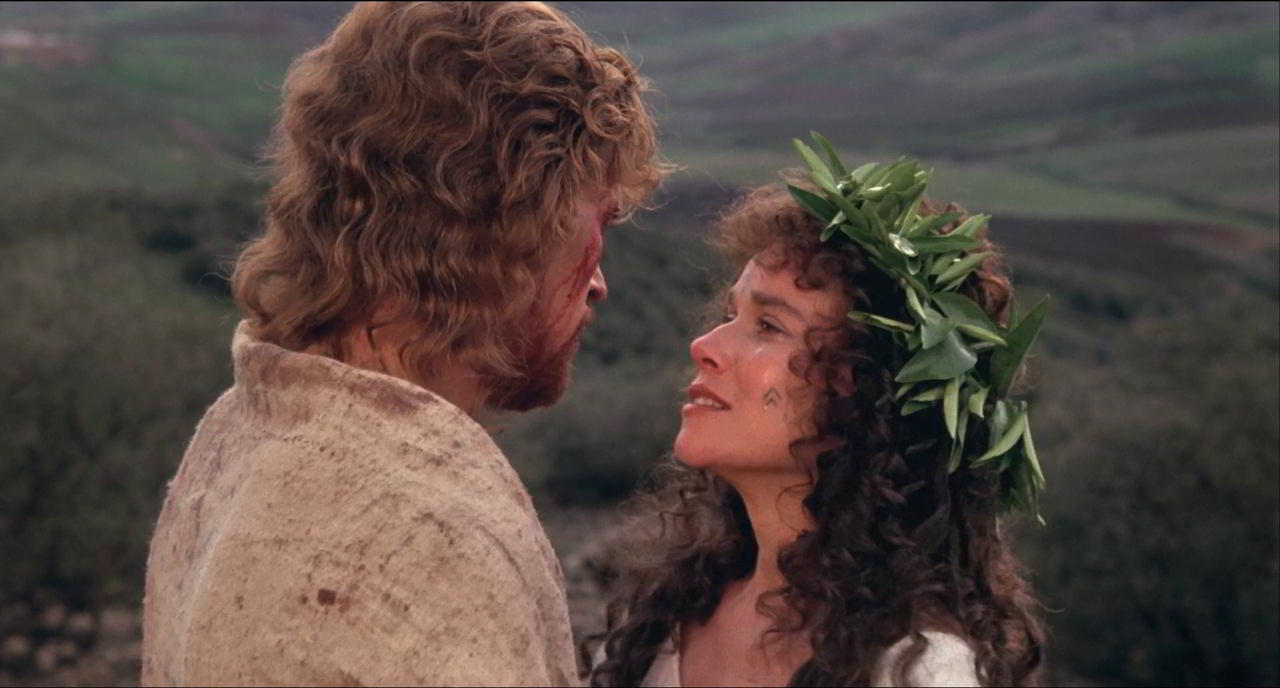 It is ironic that the most controversial movie of Scorsese’s career was not a gangland drama, vigilante thriller or violent sports biopic. It was this biblical epic that garnered mass protests, boycotts, bans from various countries, evangelists who tried to buy and burn every copy and others who attacked cinemas that showed the film with some being hit by Molotov cocktails. One man even drove a bus through a cinema that was showing it.

Wjat did the movie do that was so wrong? Firstly for some it took a few too many liberties with the story of Jesus but even more offensively tried to humanise Jesus, and this scene stands as the most prominent example of that. While on the cross Jesus imagines the life he could have, escaping from the cross to start a family and live a normal life.

10. After the Shootout (Taxi Driver) 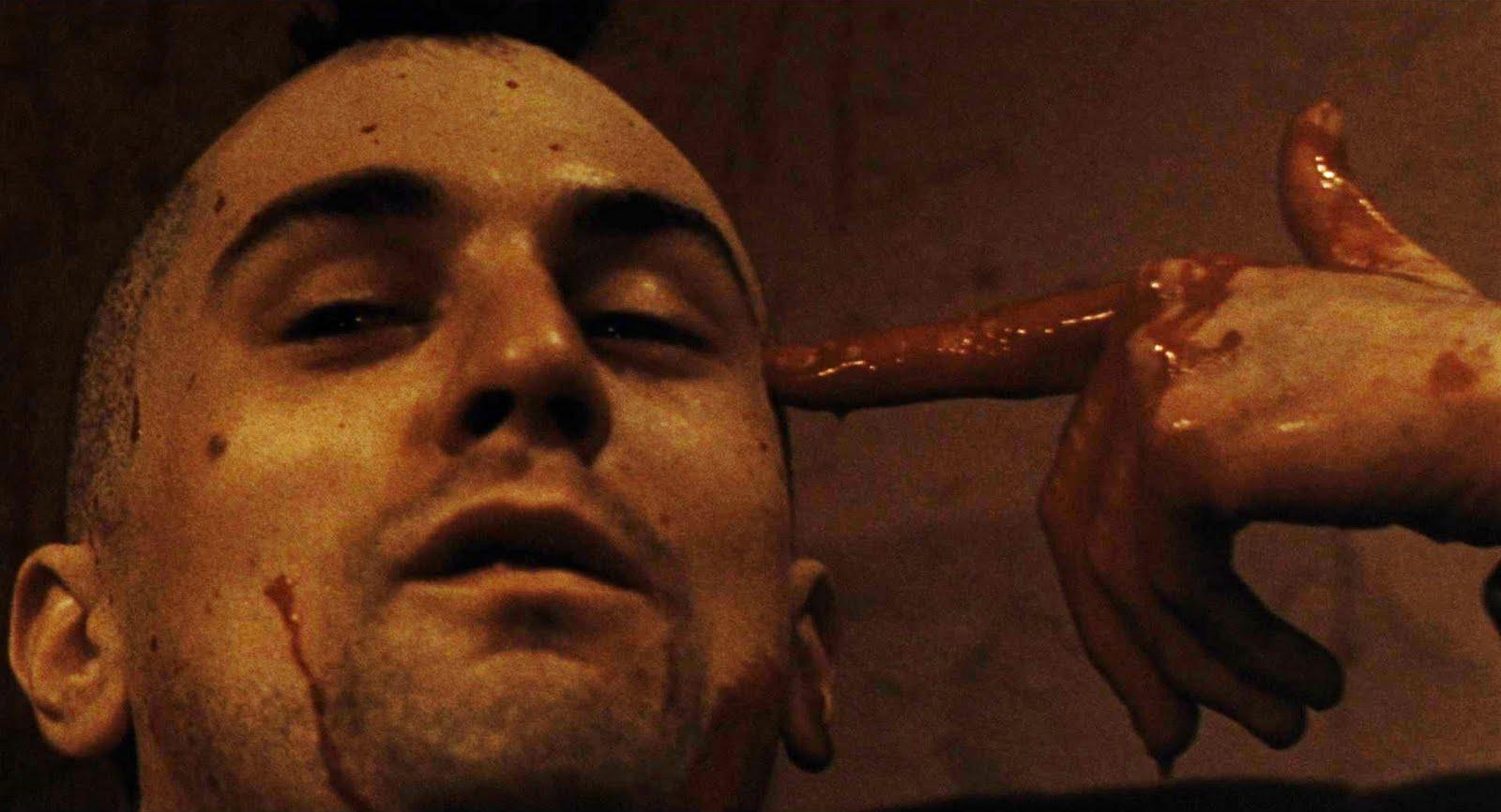 Following the climactic shootout of Taxi Driver in which Travis Bickle shoots his way through pimp Sport, played by Harvey Keitel, and his associates in order to rescue underage prostitute Iris, played by Jodie Foster we are left with a quiet and haunting moment of contemplation during which many things happen that ultimately make the whole tragic saga even more disturbing and harrowing than it already it.

The first of which is how Bickle attempts to put a bullet into his own skull, it reveals the whole horrible truth about Travis’ crusade. Rescuing Iris was ultimately just a lie that was used to justify his rampage, a reason for him to convince himself that he would die with some sort of purpose. By killing himself there he hoped to end his misery but he now finds himself out of bullets and with no other option but to sit and wait.

As the police slowly enter, Hermann’s score kicks up again, once more signalling the onset of dread and unknowable trauma as Travis pulls an imaginary gun up to his head and fires three times, one shot for each murder.

Is it a last ditch attempt to fulfil his wish, a symbol that he has brought all of this destruction upon himself or that the murders were just a way to express his own self-loathing as the shots were really directed towards himself? It’s open to interpretation, but it still stands as one of the most haunting images in cinema history. Then we get an overhead shot as Scorsese provides us with the first objective look at this insanity, the culmination of everything that has led to this moment. 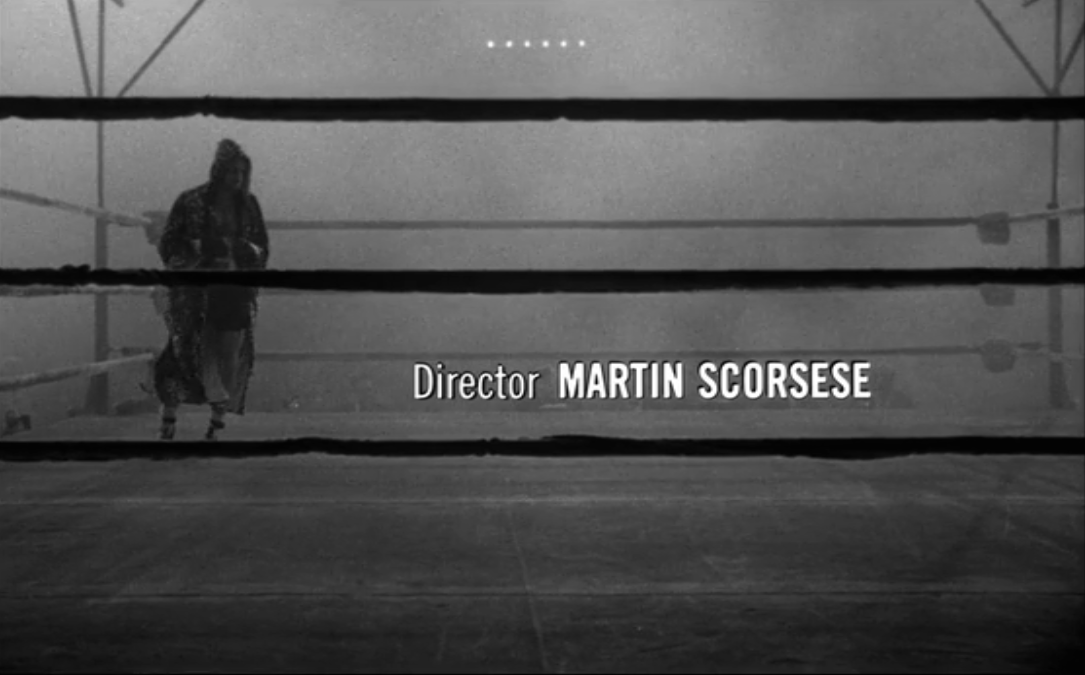 Perhaps the most aesthetically beautiful opening shot in the history of cinema. The operatic shadow boxing of Jake La Motta in slow motion, a faint mist hanging over the ring which he inhabits and all illuminated by the occasional flash of a camera bulb, it is simply stunning to behold. But beyond that is also establishes the character of La Motta perfectly. Here is a man who is only at home in the ring and his inability to separate his boxing persona with his life outside of the ring.

The scene may be simple but the combination of the gorgeous cinematography and beautifully stylised composition as well as the haunting choice of music ultimately make it transcendent and immensely evocative. 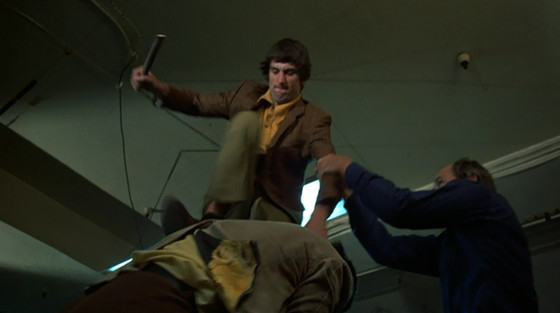 If there is one complaint to be found with this scene it’s that it never really answers the central question. Just what is a mook? But of course that’s all intentional as it represents to senseless nature of the violence that permeates the world Scorsese is presenting here. Two characters engage in a brutal and violent fight over what they assume is an insult but can’t tell for sure because they have no idea what it means.

This scene does everything a great piece of filmmaking should do. It’s engaging and interesting, reflects the themes and nature of the movie as a whole and establishes where the character stands within the situation and how they deal with it. With just this scene alone we understand the tight bond between each character and the nature of their alliance as well as their temperamental attitude.

Scorsese’s camera dances nimbly between the action, capturing the raw and visceral energy of the fight, emphasising its brutality. And it all unfolds with the Marvelettes in the background.