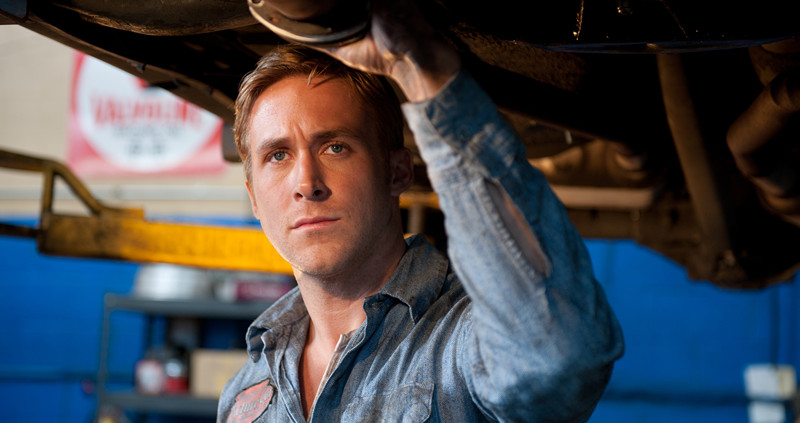 It is great when a film takes an unpredicted turn, or does something formally to provoke thought, or to shock. This is often the result of direction; it might be at a level of self-awareness not seen before, or a collage of different styles or genres. The narrative of a film may leave the audience in a compromised position, or so alien to the rest of the world of the film that we are left feeling uneasy or maybe reaffirmed as audience members.

The list is deliberately varied; cycling through alternative indie, cult American cinema, world cinema, the French New Wave, documentary, and animation. The clash of the familiar and the new is a constant battle throughout.

An onslaught of different styles and genres to get through, ‘Natural Born Killers’, written by Tarantino, tells us the tale of Mickey and Mallory who go on an explosive road trip. Featuring advertisements for Coca Cola, which were approved by the soft drinks empire before the film without any knowledge of its gruesome narrative. Needless to say they weren’t too pleased about it.

Early ’90’s anxiety about media control and consumerism here sets a precedent for another decade of cinema. Ahead of the curve some might say, before the ‘Fight Club’ and ‘American Beauty’ era.

The uses of montage and found footage are used to juxtaposed physical violence with ideology. The soundtrack is as vast as the formats and styles used, it features a Rage Against The Machine, Juliette Lewis, Dr Dre, and a Nine Inch Nails song written for the film.

“You know what they call a quarter pounder with cheese in Paris?”

The poster for this Tarantino film will have seen more student dorm room walls than you could ever comprehend. With references to all manner of other titles, ranging from westerns to martial arts films, classical Hollywood to French New Wave, ‘Pulp Fiction’ is inventive from its first frames to its end credits.

Not only that, it also inspired a whole lot more, and has become a cult hit in its own right. Together with other Tarantino films like ‘Jackie Brown’ and ‘Kill Bill’, it began a new wave of feminist film theory. It is heavily quotable, often referenced, and most notably has provided us with the gif of John Travolta turning and shrugging.

Charlie Kaufman may be familiar to you having just released his new adult animation ‘Anomalisa’, his earlier writing work is also well regarded (‘Being John Malkovich, and ‘Eternal Sunshine of the Spotless Mind’ for instance). ‘Synecdoche, New York’ was written, directed and produced by Kaufman and features the late, great Philip Seymour Hoffman as its lead. Caden (Hoffman) is a theatre director who sets about making a play in a warehouse.

On the edges of Manhattan, the interior of the warehouse is intended to represent the mundane city life outside. As tensions in both the play and the outside world get inflated to huge proportions, the narratives have to negotiate with each other.

The film is about artists attempting to reflect their own lives in their work, and their work reflecting their attempts. It is confused and confusing to the initial viewer, but nevertheless an original and unique motion picture.

Released a year earlier, but achingly similar to ‘Natural Born Killers’ is this – ‘True Romance’; another Tarantino screenplay about two lovers on an unusual roadtrip.

This time Patricia Arquette as Alabama, and Christian Slater as Clarence, meet by chance at a cinema. It isn’t long before the pair are embroiled in a revenge narrative, and a drug deal that leads them to Hollywood. Typical of Tarantino, all of the narrative elements are set up independently and play out in the final two thirds of the film.

The chilled soundtrack is played off with American dream ideology, against all of the brutal violence of the film. The involvement of the gangs and the police mean the odds are stacked against the couple. We get a great performance from Arquette whose character is dynamic and independent. 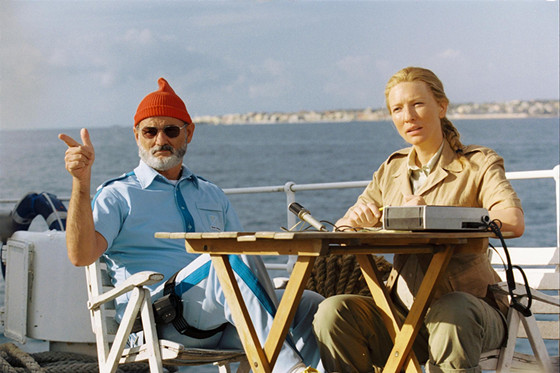 As is the concern with most of his films, Wes Anderson tackles themes of uncommunicative extended family relationships in this nautical story. Speaking of which, the narrative seems to spring out of nowhere – not dissimilar to the stolen money in ‘Psycho’, the search of the mysterious jaguar shark gives the characters agency. Bill Murray in the lead role as the Oceanographer directs the ship and we the audience follow.

One of the things which makes the film interesting is the inclusion of the “Unpaid Intern” characters. The film has this knowledge that it commands an ensemble cast, and the denominations of this are repeatedly highlighted to the audience.

The movie feels familiar and then unfamiliar in the same scene. For example; at several points the Seu Jorge covers of Bowie songs including Starman and Life on Mars are at first unrecognisable. This underpins all of the other quirks of the feature.

Set in claustrophobic Hong Kong, two romance narratives exist in the same spaces, one of them in the tone of film noir, the other centred on the American style take away restaurant. Consumer logos are in the back drop for characters that are, for one reason or another, anxious about their futures. This coupled with the continued reprise of ‘California Dreaming’ in the soundtrack sets up an often borrowed dreamy sense of hope for the characters and the setting of Hong Kong.

Reflected in film brilliantly, it is the mid-90’s and Britain is poised to hand over its colonial control of HK. The streets, in the film, are busy and action sequences are shot in a blurry slowed down handheld camera, chasing the characters who are centimetres away from bystanders. The overcrowding is in represented in the dialogue; “every day we brush past so many other people… people we may never meet, or people who may become close friends”.

Whilst the two narratives are similar in theme, they do not merge, they merely share the same spaces – the fast food establishment, the streets, the airport. This sets up a trend for many other multi-narrative films to follow.