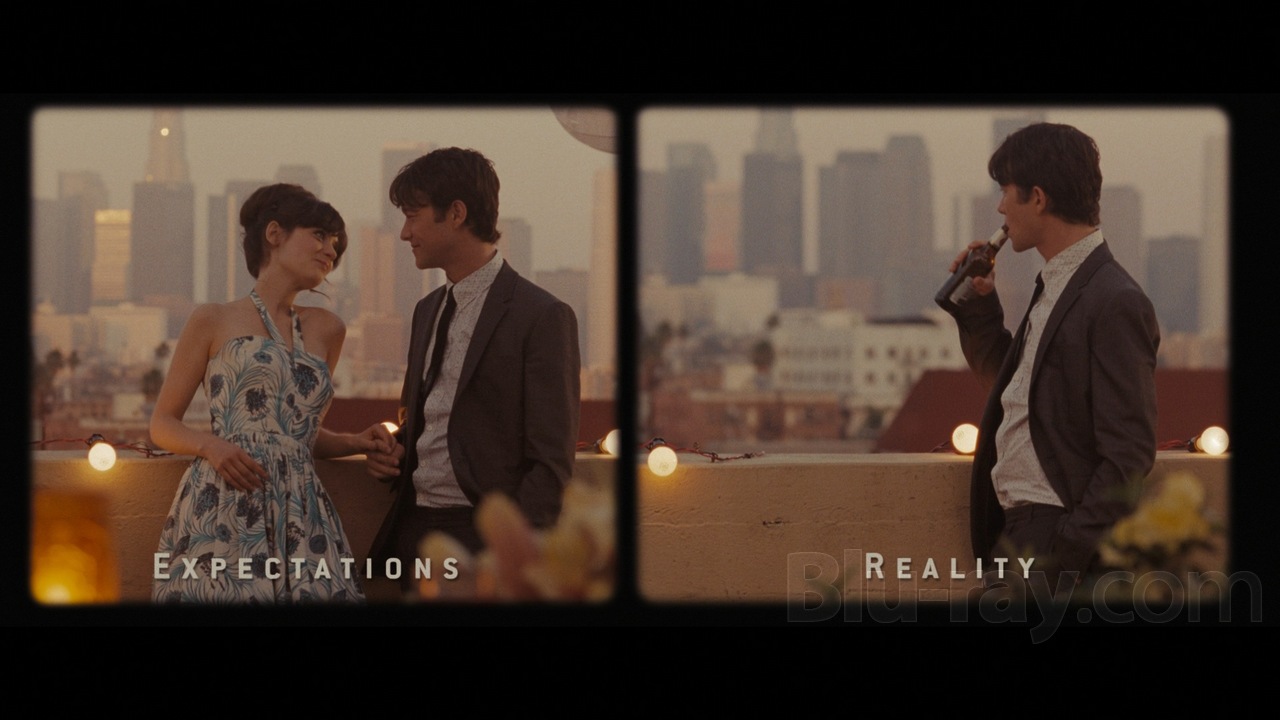 The split screen is an highly recognizable technique which divides the screen into two (or more) parts. This way, different camera point of views can be seen at the same time in the same screen.

The split screen perfectly epitomizes the gap between the analogue and the digital era of filmmaking. Traditionally, the split screen was made with the optical printer, which re-photographed different strips of film that could then be put together (the optical printer was also used for fade-ins, fade-outs, matte effects and others). With the digital age, the same trick can be easily achieved with a software, and this is the way it is generally done today.

The split screen has many uses: it can show the same moment from two angles, or more often two scenes happening in different places but simultaneously; the most classic example of this use is the “phone call” split screen, where you have each person on the phone on a a side of the screen.

For many years, the split screen was also the go-to technique for making the same actor appear twice in the same frame. The Parent Trap (1961) used this technique extensively, making the same young actress play twins. The split screen also makes frequent appearances in television series, as most of the cinematic techniques do; the most famous example is perhaps the series 24.

Here are the 15 best uses of split screen in cinema history.

Requiem for a Dream is Darren Aronofsky’s second film, the first one being the psychological drama Pi. The film has a very kinetic style, with fast editing of very short shots, as well as time-lapse photography. The reason for the film’s frenetic montages is the attempt to depict the characters’ descent into unrecoverable drug addiction.

Split screen is another of the techniques of the movie, and is extensively used, in particular for the drug sequences. A notable sequence that uses split screen for other purposes is the one where Harry (Jared Leto) and Marion (Jennifer Connelly) sit in bed together and gently touch each other.

Every half of the screen initially shows one of the two characters’ faces, then alternates and shows the close-up of a body part on a side, and a face on the other. The scene is extremely intimate without being graphic; it shows physical and emotional affection in a tender and realistic way, while at the same time the split screen suggests a certain distance between the characters.

Timecode, like Conversations with Women, is an early 2000s experimentation with the split screen technique; it divides the narration in four different parts of the screen.

The film is 97 minutes long, and shows simultaneously four different and one-take sequences that depict events which are happening at the same time.

The film is set in Los Angeles and intertwines various stories built around the production of a movie; the film was shot in real time. Director Mike Figgis made it possible for the viewer to decide on which scenes to focus his attention on, although sometimes audio mixing highlights one of the four screens where something more important is happening.

A difficult watch, and certainly more valuable as an experimentation than as a feature film, Timecode can be considered an important milestone in the transition from analogue to digital filmmaking.

13. Scott Pilgrim vs The World

In the last fifteen years, there has not been a popular filmmaker who has shown more visual creativity than Edgar Wright. Starting with his tv series Spaced, he revealed his inclination for playing with visual storytelling. He often displays a tasteful mastery in parodying established film genres and their cliches, as well in forging original sequences through a wide array of techniques.

His whip pans, cuts, zooms (to name a few) and also his use of foreshadowing, humor and parody are every critic and every movie fan’s joy (just look at all the articles and videos that dissect his style).

Split screen is among his tools, and this especially shows in Scott Pilgrim vs. the World. The extensive use of the split screen is justified by the film’s intent to summarize various forms of storytelling, namely video games, comic books, animation, as well as anime and manga. All of these arts usually have a division of the screen/page within their characteristics, and this consequently shows in the film.

Annie Hall revolutionized the way romantic stories are told, and actually the film was initially conceived by Woody Allen as a mixture of psychological drama, romantic film, fantasy and mystery, before he rewrote it and extensively edited it. Annie Hall adopts a non-linear narrative and fourth-wall breaking, as well as Allen’s signature humour combined with a mature reflection about relationships (the films he had made up to that point were straight-up comedies).

There are two scenes in which Woody Allen uses the split screen, along with many other narrative and visual tricks; the first one is in the scene of the meal with Annie’s relatives.

After Alvy Singer explains (looking at the camera) how his family is completely different and much less healthy than Annie’s, part of the screen is covered by a chaotic meal of his family, a perfect example of how his relatives are drastically different.

The dialogue from the two tables partly overlap to comical effect. The other example, maybe more famous, shows Alvy and Annie’s therapy sessions at the same time.

The scene was actually shot on a single set, divided by a thin black wall that gave the impression of shooting two separate rooms; this way the actors were actually close and could hear what the other one was saying.

This led to a better pacing of the scene, and increased the effectiveness of jokes like this: “SHRINK 1: How often do you sleep together? SHRINK 2: Do you have sex often? ALVY: Hardly never, three times a week. ANNIE: Constantly, three times a week”.

A scene in particular became one of the most iconic of the film, and it uses the split screen. Daryl Hannah (Elle Driver, or the California Mountain Snake) arrives at the hospital where the Bride has been brought in her comatose state; she dresses up as a nurse while Bernard Hermann’s theme from Twisted Nerve is played.

The screen is then split in two, one side showing the unconscious Bride and the other different close-ups of Elle Driver getting herself ready. The music gives great effect to the scene, which narratively is essentially useless but creates a great deal of tension, also in virtue of Sally Menke’s masterful cuts.

Brian De Palma’s attention for style and visual techniques have made him a much talked about director among film experts. His sequence shots alone could get film fans or critics to discuss quite a lot.

Split screens are another largely employed trick of his. An example is found in Dressed to Kill, his extremely Hitchcockian thriller that touches the theme of sexuality and psychological distress.

There is more than one example of this technique in the film, but one in particular shows De Palma’s tendency to experiment with his shots, almost in a playful way.

One half of the split screen follows Nancy Allen, and the other Michael Caine; the camera moves through the rooms they are in, giving the scene even more dynamism, and at a certain point the two characters sit in front of their tv, coincidentally watching the same program, of which various close ups are shown.

To make the scene even more visually complex,  De Palma shows the reflection of the characters on a mirror (or even more than one, in Nancy Allen’s case). It is a classic example of De Palma’s extreme virtuosity and one could easily imagine it used by both De Palma’s admirers and his detractors as a reason for their admiration or their unappreciation.

Down with Love does not do anything particularly innovative with its use of split screen, but rather epitomizes many different uses of the technique made in the past, and brings them up a notch. First of all, the split screen scene is a phone conversation scene (a classic of split screens).

It also shows a series of different actions that are done at the same time but in different places, and it connects two characters that are far away (two other typical uses of the technique), but most importantly it uses the scene for sexual innuendo: in this sense, one could see this scene as an evolution of the Indiscreet one.

In both cases the director shows what he cannot show too explicitly, and “gets away with it”. Of course, in Down with Love’s case (the film came out in 2003) the scene is more about playful innuendo than avoiding censorship.