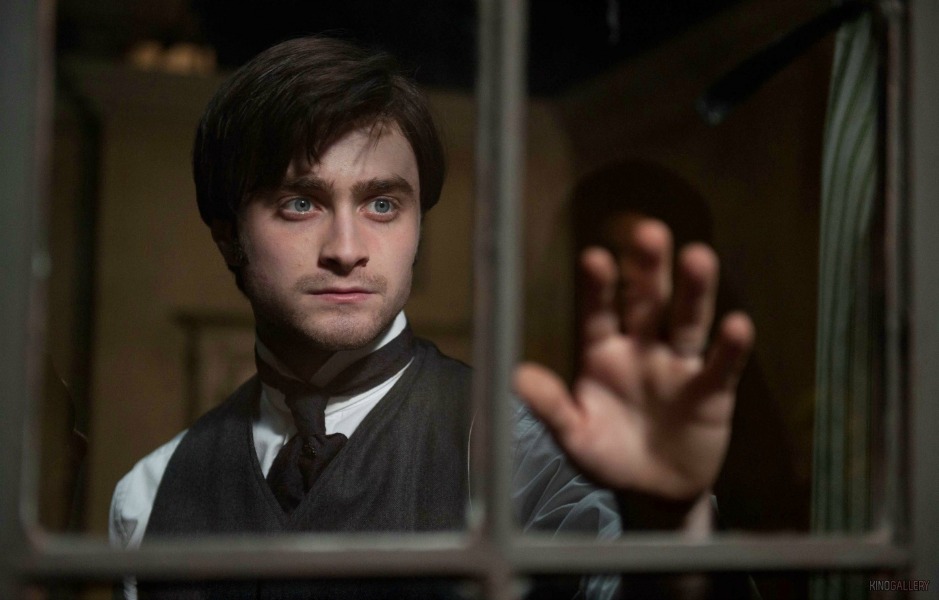 The Horror genre has always had a loving home in Great Britain, tracing back to the founding of production company Hammer Horror in 1934. In the early years, they based their work solely on original classic novels, such as Mary Shelley’s “Frankenstein” and Bram Stoker’s “Dracula,” and until the 1970s, they dedicated most of their time to producing sequels to and spin-offs from these well-known franchises.

While Hammer were finding success undertaking franchise work, some directors went to great lengths to separate their work from the Hammer productions, resulting in films such as Jack Clayton’s 1961 masterpiece “The Innocents” as well as the works of suspense mastermind Alfred Hitchcock, who singlehandedly inspired generations with his influential Horror films, such as “Psycho” and “The Birds,” well into the 1960s.

From the 1960’s and 70’s onwards, the Horror genre experienced fundamental changes in subject matter and style. While films produced in the United States tended to focus on demonic possession, zombies, and the beginning of the slasher film sub-genre, filmmakers in Great Britain created obscure films with unique subject matter; during this time, films like “The Wicker Man” were created.

Modern day British Horror films have changed since the Golden Age of Hammer Horror and the like; they now generally focus on more realistic topics: gritty murderers, stories of survival, and the everyday horrors faced in broken Britain, often working independently on modest budgets due to a lack of financial support offered to production companies in the genre.

One thing, however, has always been evident: The United Kingdom has unfailingly been one of the frontrunners of the Horror genre, historically producing consistently influential and ground-breaking subject matter. The foundations created by past geniuses and their masterpieces of cinema have led to an ever-growing, rich history within a genre that continues to deliver fresh and original concepts that will be considered seminal by the filmmakers of tomorrow.

Since 2000, the best of things Horror has been showcased by Film 4 at London’s FrightFest, a flagship for the genre, and each year, the festival celebrates both new and old Horror from around the globe. In celebration of the genre, here are 15 of the best British horror films of the past decade. 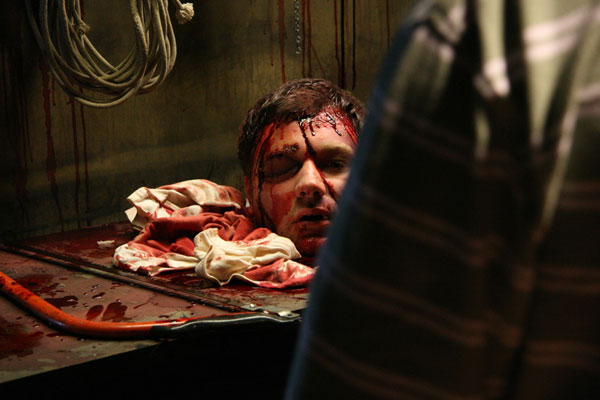 As close to a British “Texas Chainsaw Massacre” as there has ever been, “Mum & Dad” provides little hope or optimism during its running time, each minute of which is soaked in depravity and grotesque imagery. This horror film holds very little back and pushes the boundaries as far as it can, while still leaving room within its well-written script for incredibly dark humour that any Horror fan will lap up.

First appearing at the United Kingdom’s home of horror cinema, FrightFest, it centres on a Polish immigrant, Lena (played by Olga Fedori, relatively unknown outside of British drama television), who works at Heathrow Airport.

The story soon escalates when, after missing the last bus home, she accepts a lift from a work colleague, Birdie, resulting in her discovering the dark truth about her colleague and her entire family, which features a mum and dad who kidnap children and expose them to all manner of sordid acts and horrors. The parents, played excellently by Perry Benson and Dido Miles, are fully immersed in their roles, capturing the essence evil and madness brilliantly.

Expertly directed and managed on its modest shoe-string budget, first time director Steven Sheil fashions a unique atmosphere, clearly showing the audience his cinematic influences throughout, and giving us an enjoyably self-indulgent, dissolute tale that spirals further and further into unhinged lunacy up until its bloody conclusion.

“Attack the Block” was screenwriter Joe Cornish’s first feature-length film in the directing chair. Having previously worked on the screenplay for “The Adventures of Tintin: The Secret of the Unicorn” earlier that year, he was now being backed by producers including Tessa Ross and Edgar Wright, who have frequently had an eye for new talent, aiming to make something fresh and unique within British cinema.

Starring a pre-“Star Wars” John Boyega, in what would be one of the pivotal roles in terms of putting his name across to big production studios, he gives an exhilarating performance, showing his capabilities as a leading man from start to finish. Charismatically controlling the screen as well as Cornish’s smartly penned script, it is clear that he was set for big things.

“Attack the Block” is a mesmerising combination of teenage Adventure, Comedy, and Science Fiction-Horror. Using a frequently established setting of British cinema today, the urban tower blocks of London (which themselves can be a relatively horrifying place to grow up without the inclusion of man-eating aliens), the film cleverly provides some social commentary on issues surrounding the lack of help available to those who can’t escape a life in the high rise flats of council estates.

The film expertly brings together sufficient character-building and intense action sequences. Already a cult classic, this debut feature solidifies new and exciting director Joe Cornish as one to watch. 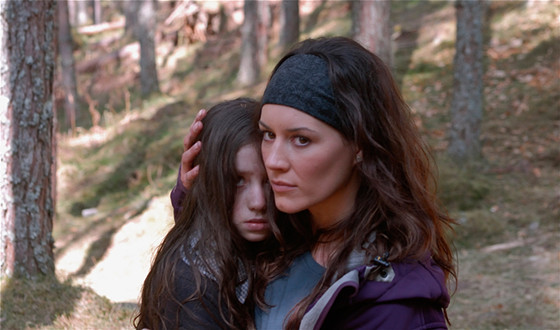 Located and filmed in the Scottish Highlands, “A Lonely Place To Die” is based around a group of rock climbers on a weekend away who find a Serbian girl who has escaped captivity and are then stalked by her abductors. Priding itself on its unpredictable narrative, unique setting, and dark Thriller aspects, this film is an unexpected surprise.

A film that is frequently over-looked due to its lack of involvement of well-known names, it is a hidden gem of British Horror cinema. Starring the profoundly underrated Douglas Russell as the main hunter and unsung Horror veteran Mellissa George amongst the climbers, what starts as a seemingly tranquil, slow-burning thriller fully hits its stride at the midway point, making way for shocking revelations and dismay.

Despite the film’s cat and mouse concept, it rarely relies on Horror clichés. Picking up several awards in both Action and Horror categories across the globe, screenwriting siblings Will and Julian Gibley have produced an exceptional film, and, with a simple premise, the filmmakers have dug deep into both character motivations and the film’s sense of place, making “A Lonely Place to Die” an experience like no other. 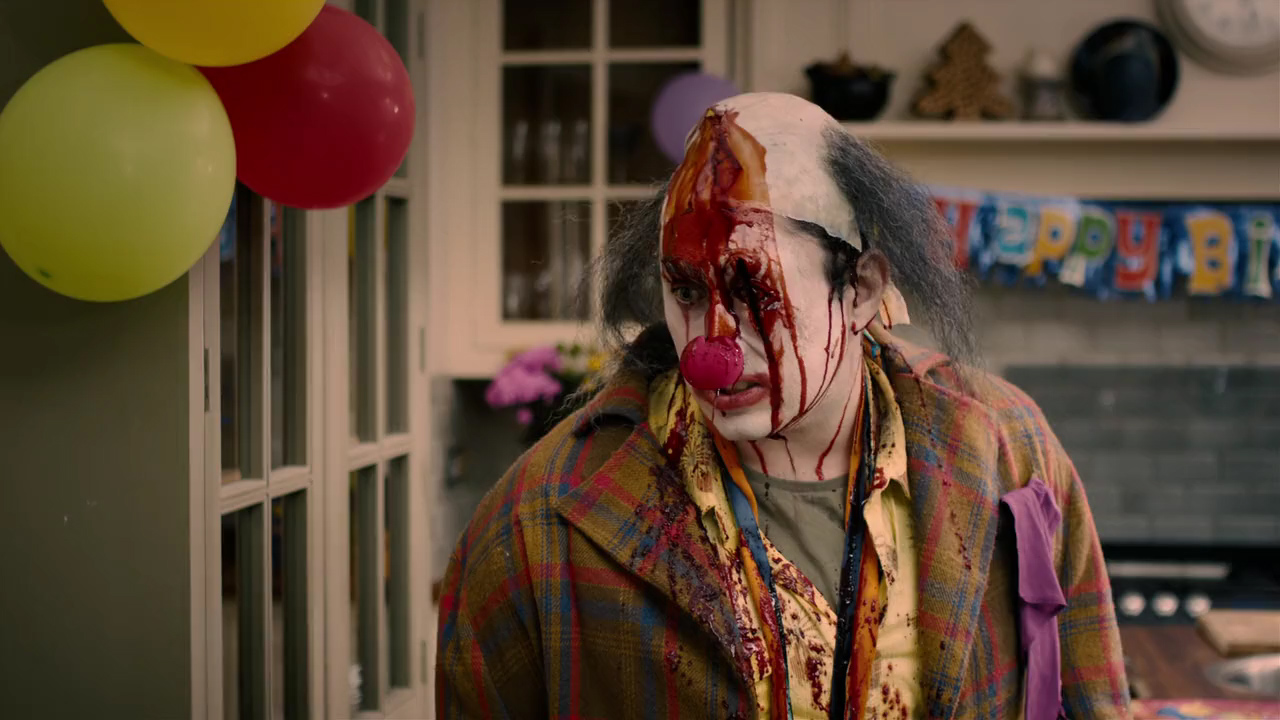 “Stitches” is the slapstick gore-fest that features Northern England comedian Ross Noble dressed as an undead clown who offs drunken teenagers at a party. As full of corpses as it is of grotesque humour, the film is very dark and doesn’t take itself seriously, employing several Horror clichés regarding revenge and the undead. It provides its own spin on the Slasher movie sub-genre, the results of which have equally split critics and fans.

Stand-up comedian Ross Noble does an excellent job at bringing the character of Stitches to life. He is fully immersed in the role of the slimy, foul-mouthed, undead clown, who only becomes more psychotic and deranged upon his return from the grave.

The cast clearly had a lot fun making the film, a brainless Horror jaunt that serves solely as an entertaining B-movie in the vein of the once glorified video nasties of the 1970’s and 80’s. It pokes fun at itself and all aspects of the genre, providing stereotypical adolescents who serve as fine cannon fodder of the piece, while enriching an already-hilarious history of clowns, giving them a solid back story as to why they can’t die. This is a truly nightmarish feature, particularly for any sufferer of coulrophobia. 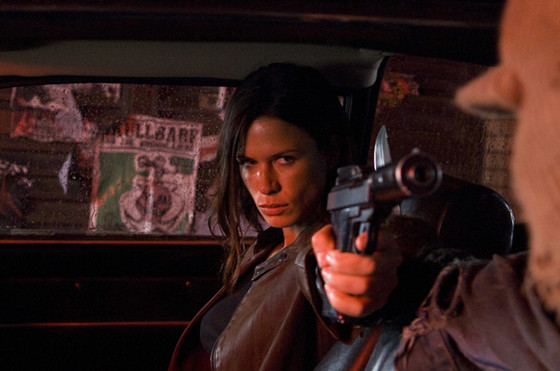 Director Neil Marshall is most often remembered for his recent successes on television, having frequently directed episodes of “Game of Thrones” and “Hannibal.”

However, he has been a decisive figure of modern day Horror in Britain with his films “Dog Soldiers,” “The Descent,” and, of course, “Doomsday.” By no stretch of the imagination is “Doomsday” a masterpiece of cinema: it puts forward the absurd concept of Scotland being shut off from the world when a Black Plague-like infection known as the Reaper Virus rampages through the country, resulting in the reconstruction of Hadrian’s Wall.

A specialist team are later sent in to inspect the aftermath of the virus and tasked with finding alleged survivors and to learn of their apparent immunity. What follows is a mash-up rollercoaster ride of madness and chaos that plays out like a Scottish “Mad Max” comic, showcasing Marshall’s influences from the apocalyptic movies and the “Fallout” computer game series, blending together various ostentatious characters and colourful gangs in the form cannibal punks and proto-knights.

Combining together a stellar cast that includes Bob Hoskins, Rhona Mitra, David O’Hara, Sean Pertwee, and Malcolm McDowell, “Doomsday” is like nothing witnessed before. The film merges several influences and styles and moulds them together to create a horrifying apocalyptic universe full of visceral action, unique entities, and unforgettable scenery, all held together with buckets of gore. 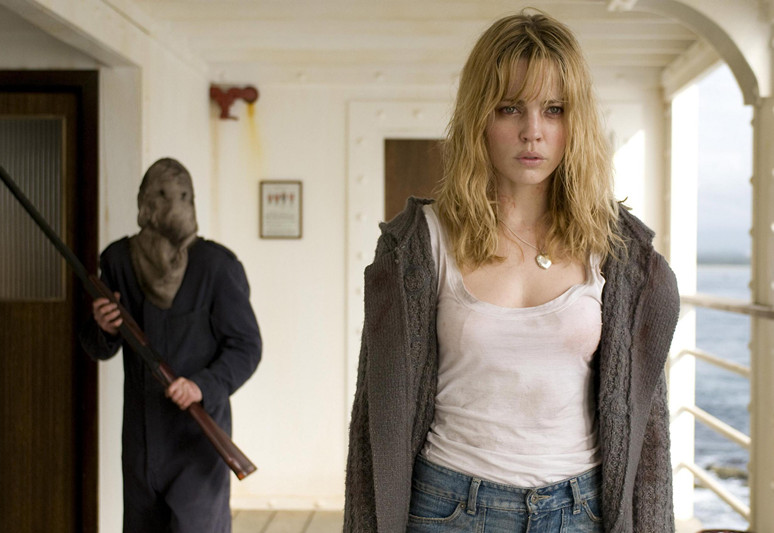 “Triangle” could quite easily be mistaken for a feature length episode of “The Twilight Zone.” Written and directed by British Horror alumni Christopher Smith, who was also responsible for directing and penning noteworthy features “Severance” and “Creep,” the film plays out as a nightmarish “Groundhog Day,” shrouded in mystery with aspects of a Slasher movie. Jess, played by Mellissa George, along with a group of other people, heads out on a yachting trip, and after being confronted by a freak storm, the group has to transfer to another boat. But once aboard, they find there is no sign of any passengers or crew.

A film best viewed without prior knowledge or preconceptions, Mellissa George excels in the lead, giving both complexity and emotional significance to her character while providing the required depth often missing from low-budget Horrors.

The film is a long way from a flawless piece of cinema, with a lack of depth from the supporting cast, which includes a young Liam Hemsworth. On occasion, the film can even get slightly muddled in its own story; however, Christopher Smith’s unconventional narrative and the consistently shifting plot makes “Triangle” an incredibly gripping film from start to finish.

A psychological Horror starring the diversely capable Toby Jones, “Berberian Sound Studio,” directed by Peter Strickland, is based on a short film he had previously created years earlier. The film centres on an Italian film studio in the 1970’s and employs the unique technique of showing all the mechanics and equipment used in filmmaking rather than keeping them hidden.

Serving as a love letter to the Horror films of 1970’s Italy, the film stands out due to these exceptional techniques. It fashions an eerie, twisted film that escalates intensity without showing typical Horror scenery, and it remains deeply unsettling throughout.

Heavily praised for his exceptional filmmaking, Peter Strickland engineers a motion picture like no other. The film went on to receive all the top prizes at the British Independent Film Awards in 2012, including Best Director and Best Actor, while also earning nods at several other award ceremonies.

Both mesmerising and peculiar, “Berberian Sound Studio” is a masterclass in suspense Thrillers, steering away from typical Horror traits and using pure, unsettling atmosphere and sound to create a disturbing film in the manner and tone of Alfred Hitchcock.