The Surrealist Movement was born in the 1920s with the aim to “resolve the previously contradictory conditions of dream and reality”. Eventually, it would seep into cinema as well, with Luis Buñuel acknowledged as the first filmmaker to embrace the cultural movement that was taking place. His collaboration with Salvador Dali in 1929, titled Un Chien Andalou, is regarded as the first surrealist film, although many classify The Seashell and the Clergyman – released one-year prior – as the progenitor.

However, over the years, ‘surreal’ has become an umbrella term commonly attributed to films that are bizarre, non-linear or unconventional. Prior to The Seashell and the Clergyman, films like The Cabinet of Dr. Caligari – released in 1920 and still widely regarded as a surreal masterwork by scholars – were paving the way for surreal films as we know them today.

Nowadays, it’s a tag applied to a wide array of films which defy the typical norm, and this list takes all different types into account. 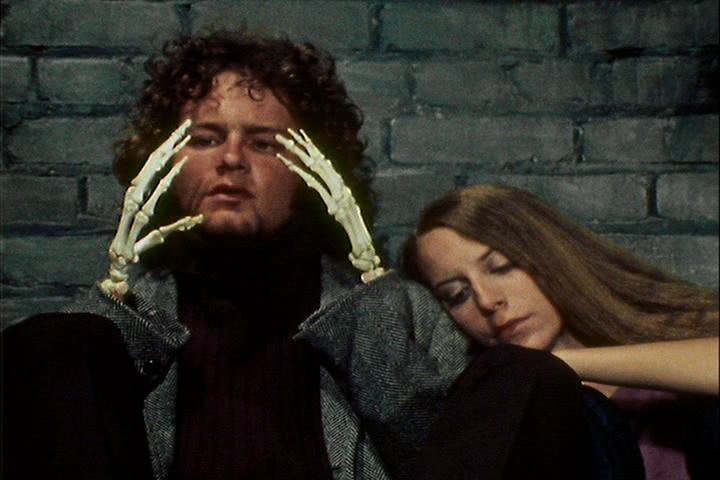 More people know Patton Oswalt’s joke about this movie more than the actual film itself, after the comedian said he wanted to make a similar film about a rapist stove. If he ever did go through with that, it’d be a good movie no doubt, although it would take a lot for it to live up to this forgotten oddity.

The story is about a demonically possessed bed that eats people, while a ghost stuck behind a painting narrates. It sounds ridiculous – and it is – but it’s not the kind of cheesy schlock you’d expect it to be either; instead it sits awkwardly in-between a state of existential folk tale and campy ridiculous fluff.

It has a strange, dreamlike atmosphere and surprisingly good effects for its micro budget. When the bed eats its victims, the residue left over is reminiscent of eggs crackling away in a frying pan. Death Bed: The Bed That Eats is weird for the sake of being weird, but it’s an entertaining cult gem, now enjoying life as a stage play having found a decent fan base throughout the years.

Luis Buñuel was the first surrealist filmmaker to be welcomed into the 1920s burgeoning Surrealist Movement by its leader, Andre Breton. He would even collaborate with renowned surrealist painter Salvador Dali. Though he tackled many genres, Buñuel retained a core fundamental style – that Ingmar Bergman would cite as being incomparable – during his lengthy career.

The Discreet Charm of the Bourgeoisie is one of the directors most accomplished works. A virtually plotless films, it encompasses a series of dreams centred around six middle-class people and their interrupted attempts to have a meal together.

The film itself is a metaphor for Buñuel’s opinion that the bourgeoisie were pointless, and it mocks social conventions in hilarious fashion through its dreamlike imagery and logic.

Begotten is one of the least enjoyable experiences one can force upon themselves. It’s an ugly, grainy film with no dialogue whatsoever, instead opting for an unsettling score to complement its vulgar imagery. However, as a visceral experience it is worthy of your time, even if it is challenging viewing.

Begotten retells the story of Genesis, after God kills himself with a razor, thus giving birth to Mother Earth. She then gives birth to the Son of Earth, who is then feasted on by ravenous, faceless cannibals.

Despite being a nauseating film you could argue outstays its welcome through an unnecessary running time, it still packs more of a punch than most films you’re ever likely to see. It’s sickening, unrelenting and disturbing: a great achievement considering that’s what it set out to do.

Alejandro Jodorowsky’s DNA flows through the lifeblood of avant-garde films. His influence on leftfield cinema is almost unparalleled, although his output has been sparse throughout his career, as funding for films like the ones he makes is hard to come by. The majority of the movies on this list are provocative, grotesque, and hallucinogenic – but Jodorowsky’s tend to be more so than the others.

The Holy Mountain follows a thief who looks like Christ, an alchemist and a host of other characters – each representing different planets – as they ascend a mountain in search of immortality. As they embark on their journey, they all partake in a series of transformation rituals and experiencing visions symbolic of their deepest fears.

The Holy Mountain is a confusing film, rooted in mysticism, astronomy and religion. There’s no shame in not having a clue about what’s going on, but that doesn’t necessarily mean you’ll enjoy it less should that be the case.

Japan’s big monster movies – also known as ‘kaiju’ films – are a prominent part of the country’s pop culture and a cornerstone of its cinematic history. Big Man Japan, however, is a fresh take on the typical monster battles, as it applies them to a mockumentary format. It’s a strange concoction that makes a rare brew, to say the least.

The story follows Masuru Daisato (Hitoshi Matsumoto) – an eccentric man living alone in a decrepit house in Tokyo periodically transforms into a 100-foot tall giant when the country gets attacked by similar sized monsters.

Such is the nature of a hero, the society that shuns him is the one he must protect from invaders. However, Big Man Japan does a great job of infusing the miserable mundane routine of lonely, everyday life with baffling – and often crude – absurdity. A film that’ll never be forgotten once seen; whether that’s a good thing depends on your sense of humor. 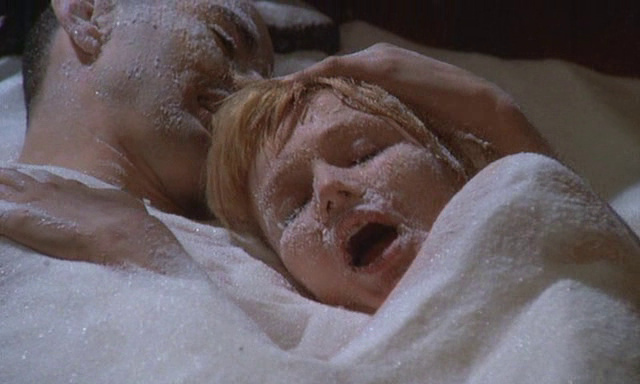 Sweet Movie tells the intertwining story of two women who don’t exactly adhere to societal norms. One is a mute beauty queen descending into insanity, and the other lures men onto her ship so she can engage in sexual debauchery and murder.

The film was banned in many countries after its release, causing a storm of controversy due to simulated and unsimulated scenes of emetophilia, coprophilia, sexual fondling – along with images of real death footage.

Absurdity and repulsion aside, Sweet Movie is a film that challenges ideologies and viewpoints about where society’s morals tend to lie. It’s a provocative piece of filmmaking that just so happens to be quite funny in places as well.

Having spent more than 20 years as a director of short films, Alice would mark Czech director Jan Švankmajer’s first foray into feature-length filmmaking. The director – disappointed by other adaptations of Lewis Carroll’s classic novel Alice’s Adventures In Wonderland – sought strip away the child-friendly sugar coating of other screen versions, and present it as a morally ambiguous tale.

The film would be met with much critical acclaim, even winning the Feature Film Award at the Annecy International Animated Film Festival in 1989. This is a dark, nightmarish and disturbing recount of the classic fairy tale, and by far the best.

Fantastic Planet is one of only three full feature length films directed by French animator René Laloux, having primarily focused on shorts throughout his career.

Set on a distant planet called Ygam, slaves known as Om are dominated by alien overlords known as Draags. It tells the story of Ter, a minute human shaped Om who escapes into the wilderness with a device that gives him the knowledge to start a revolt against the slave owners.

Fantastic Planet is a parable about seeking equality, envisioning a world where oppression can be overcome and a mankind can co-exist without prejudice and tyranny. It encourages people to seek as much knowledge as they can; to break free of intellectual imprisonment or else risk being ruled by despots. A truly brilliant film, with a timeless message.

Marcell Jankovics is an award-winning animator whose widespread claim to fame occurred at the 2008 Super Bowl, when his 1974 short film Sisyphus featured in one of the ads. However, his surreal fairy tale Fehérlófia is his landmark achievement.

Fehérlófia – translated to Son of the White Mare – is a Hungarian animated film which tells the story of a man – who is also the son of a horse – bestowed with superpowers, which he uses battle the formidable dragons that imprisoned his mother.

The film takes the viewer on an adventure through a brightly colored fantasy world chock full of symbolism, Hungarian folktales and psychedelic sensory overload. Unfortunately, it’s a film that’s hardly ever mentioned outside of its homeland and animation circles.

If there was a Mount Rushmore for surrealist filmmakers, the face of David Lynch and his almighty quiff would be carved into stone. Lynch’s influence on experimental cinema is so unprecedented that the term ‘Lynchian’ repeatedly crops up in film critique. Often applied in a somewhat lazy way, this blanket-term is used to cover a large chunk of avant-garde cinema.

Eraserhead is the progenitor of Lynch’s illustrious career, and arguably one of the strangest and most unsettling films in existence. There have been many interpretations of the film, the most prominent one being that it’s about the fear of fatherhood felt by Lynch himself at the time. Other theories have suggested that the film has a deeper, underlying sexual meaning, warning people of the dangers of unprotected sex.

Regardless of how one perceives Eraserhead, it’s a film that continues to challenge viewers on a visceral and intellectual level. It’s not the easiest experience to endure, but once it is one of the most captivating.