At least as popular as thrillers, South Korean romance films have also secured a large following, both within the country and internationally. Furthermore, in terms of quality, they have nothing to envy from their thriller counterparts.

Due to their commercial success, romance films are produced constantly in South Korea, with many of them actually following the same script and direction recipe. Here is a list with 20 of them that stand apart. 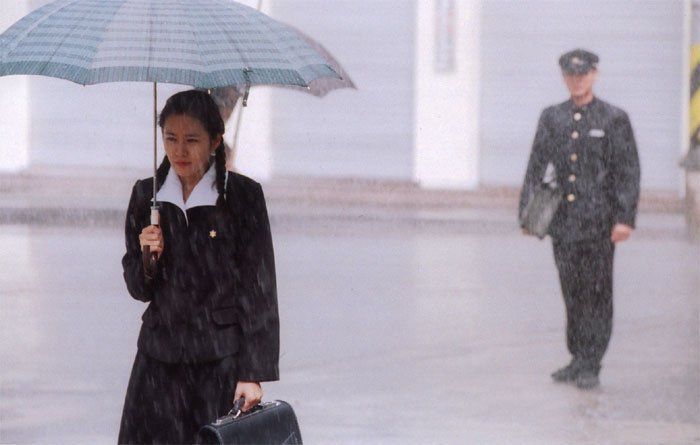 Student Ji-hye discovers an old diary and some old letters that belonged to her late mother. As she reads them, she discovers that not all of them were from her father, but also from another man who she has never heard of. Furthermore, she also has an unrequited love herself and as the film presents both the stories through flashbacks, she realizes the link she shares with her mother.

Kwak Jae-yong tells two parallel stories in a wonderful fashion, although the one occurring in the 1960s has more depth and somewhat overshadows the other one.

The film’s biggest asset is definitely Son Ye-jin, who plays both the mother and the daughter in a magnificent fashion, actually raising the level of every scene she appears in. 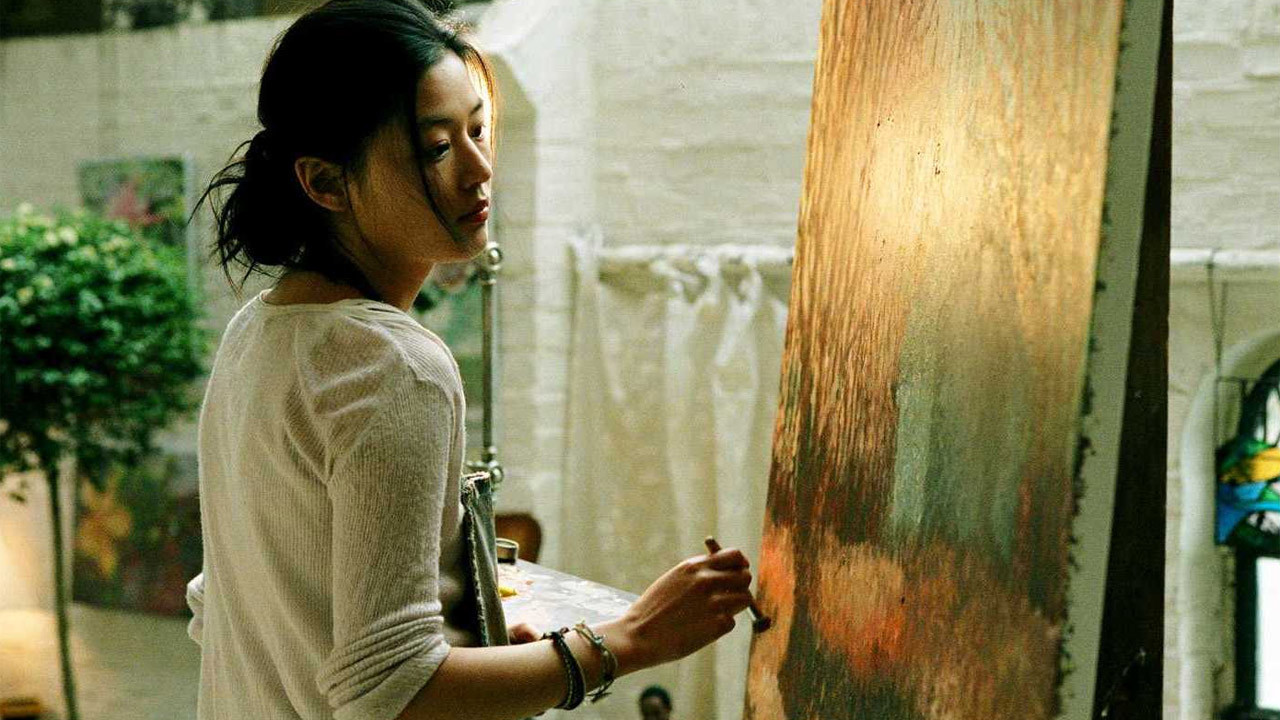 Hye-young is a Korean living in Amsterdam, who spends her day working in her grandfather’s antiquary and painting portraits for tourists. One day, she starts receiving flowers on a daily basis and she thinks that they come from a man of her past, who had once built her a small bridge to let her approach her house easier.

Eventually she meets Jeong-woo and assumes that he is the one sending the flowers, with the two of them becoming a couple after awhile. What she does not know, though, is that Jeong-woo is an Interpol agent, searching for Asian criminals in the Netherlands, and that the flowers are actually sent from Park Yi, an assassin for the Chinese triads.

However, “Daisy” is a very beautiful movie that draws strongly from Amsterdam, wonderfully portraying the antithesis between the grey and gothic beauty of the city with the blue skies and the blooming fields of the country. The same applies to the protagonists, with both Jun Ji-hyun as Hye-young and Jung Woo-sung as Park-yi looking gorgeous. 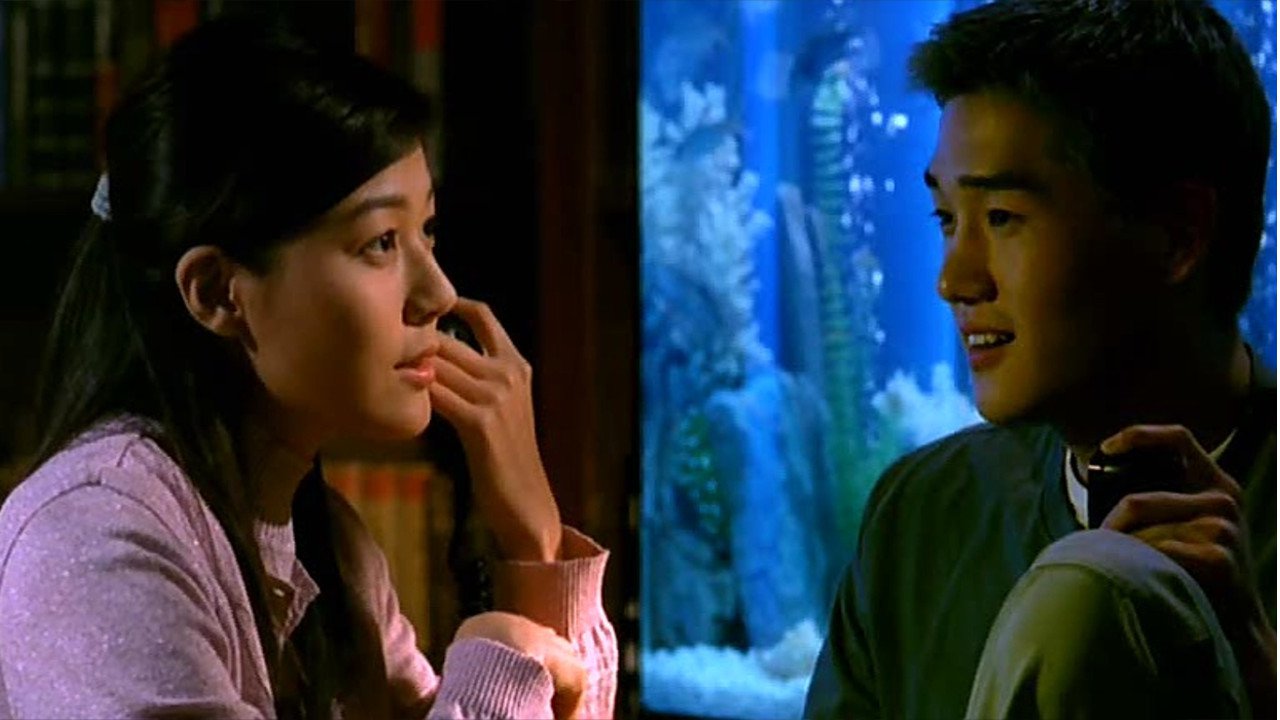 Yoon So-eun is a student at the University of Seoul and is in love with a classmate named Dong-hee. Her efforts to approach him end up with her pretending that she is interested in a class regarding wireless radio, and eventually ends up with an apparatus of her own. A few days later, she listens to someone trying to communicate through the device and decides to answer. On the other line is Ji-in, a student at the same university, with whom she eventually becomes friends.

However, they decide to meet, and after many fights and a great deal of skepticism, they realize that she is living in 1979 and he in 2000. While they try to understand how this happened, a shattering fact is disclosed.

In his directorial debut, Kim Jeong-kwon creates a film that focuses on the two protagonists, analyzing them thoroughly while showing the differences between the authoritarian regime of 1979 and the more democratic one of 2000, when technology has become a large part of everyday life.

However, what makes the film stand apart is the fact that the two protagonists are not exactly in a romantic relationship, but rather they help each with their romantic issues. 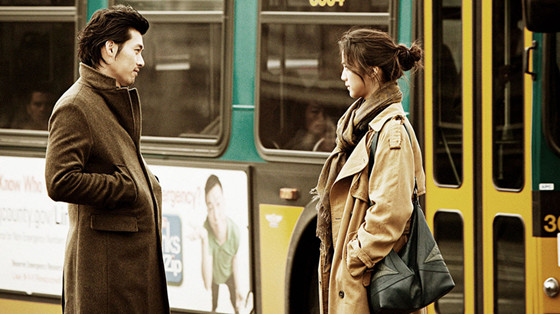 A co-production between South Korea, Hong Kong, China and the United States, “Late Autumn” is the fourth remake of the now-lost 1966 Lee Man-hee homonymous melodrama classic.

Anna Chen is imprisoned in Washington for manslaughter after killing her husband seven years ago. The actual story begins when she is informed of her mother’s death and is granted a three-day leave to attend the funeral in Seattle. On the bus to Seattle, she comes across a Korean immigrant named Hoon, who initially asks her for money to pay his fare. Eventually the two are acquainted, with Hoon revealing that he is a gigolo.

The two of them spent many of their days together, with him on the run from a client’s husband and her revealing facts about her situation in the grey and foggy surroundings of Seattle.

Kim Tae-young directs a film that, despite having a dramatic base, is actually a subtle romance. The story focuses chiefly on the character of Anna, who desperately tries to hide her situation from those close to her who aren’t informed, and particularly from Hoon. It is also quite fascinating watching her struggle against her needs and wishes as a woman, in order to act according to her circumstances.

The unrecognizable Tang Wei (“Lust, Caution”) is quite convincing in her role as Anna, as is Hyun Bin as Hoon, who plays a charming and overall attractive bon viveur, although in a less demanding role that draws heavily from his looks. However, the quality they present occurs mostly through their silences, when they communicate with pauses in speech and meaningful glances, rather than when they are actually speaking. 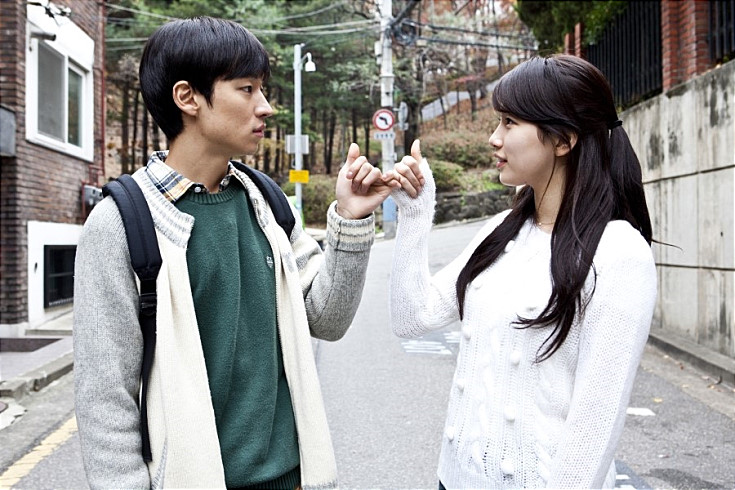 The 35-year-old architect Seung-min receives a woman in his office who he does not recognize at first, but eventually realizes that she is Seo-yeon, a college classmate and his first love. She wants him to reconstruct her house in Jeju and despite his initial reluctance, he is forced in the end by his boss to comply. As the reconstruction proceeds, the two protagonists get reacquainted with each other, while the film presents flashbacks of their relationship 15 years ago.

Lee Yong-joo, an architect himself, presents a romance through architecture that, apart from the actual building of a house, includes geographical and cultural factors that play an important role in his profession.

However, the film’s main focus is the bonding of people with particular places and other people, that, at times, reaches the borders of obsession. Furthermore, Yong-joo depicted the 90s in an impressively realistic way that extended to all aspects of everyday life, including fashion, music and even technology.

The film’s success was so enormous that it brought back in fashion from that particular decade, both in music and style. 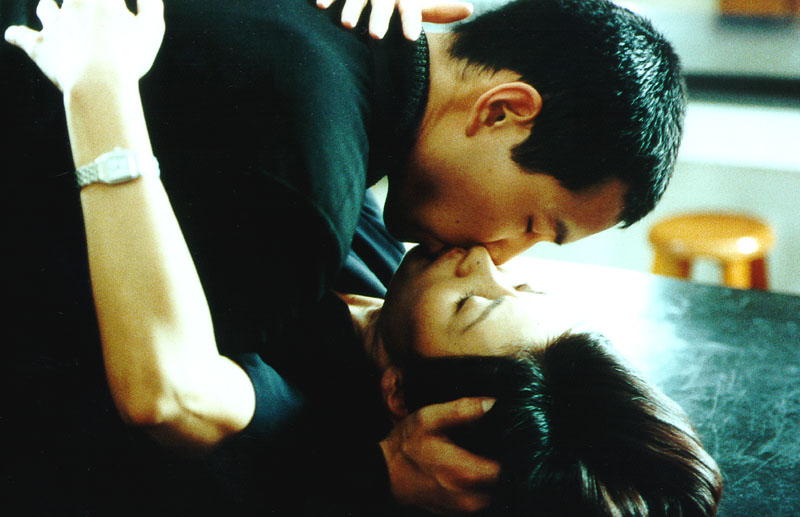 So-hun is a large-bourgeoisie housewife, married to a very successful architect and the mother of a 10-year-old boy. At one point, her younger sister asks her to help her fiancé, Woo-in, to find an apartment in the city, since she cannot leave Los Angeles. However, the more the two of them meet, the more So-hun realizes she has feelings for him. When it becomes obvious that he feels the same, they inevitably become lovers.

Lee Je-yong directs a very stylish film that benefits the most from its simplicity and the way the story unfolds, without exaggerations, but naturally and realistically.

The story revolves around the affair as much as around So-hun, who eventually realizes she’s been unsatisfied with her life for years, both as a wife and mother, and that she has never felt for her husband the way she now does for Woo-in. As their relationship becomes known with dramatic repercussions, she has to decide what she wants from her life. Lee Mi-suk wonderfully portrays all of the above, with minimalism and realism that permeates the whole film.