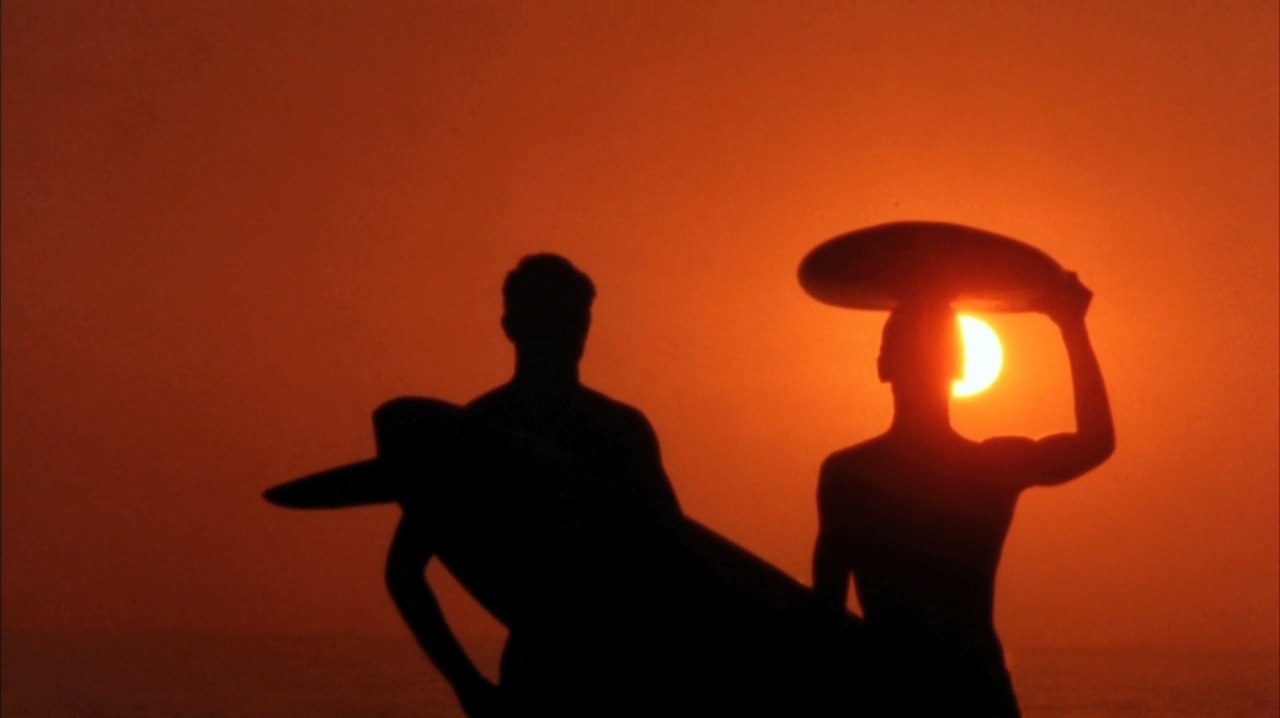 “The Endless Summer” documents the idea that if one had enough time and money it would become entirely possible to continuously follow the summer around the globe, in turn, making it endless.

This ideology was constructed by pioneering documenter Bruce Brown who was told by a travel agent during the production of one of his films that a direct flight from his native Los Angeles to Cape Town in South Africa would staggeringly cost $50 more than circumnavigating the world.

A concept was born that helped the seminal director create his magnum opus “The Endless Summer”. Following two surfers, Mike Hynson and Robert August who during the winter months of their California life have to evade the unwelcoming local beaches, successively sending the pair on a tour around the world, as they follow the glorious summer months and chase the elusive perfect wave.

This piece of factual cinema singlehandedly encouraged a number of surfers to travel to other destinations in search of favourable climates and impeccable tidal activity.

Director Brown, along with Hynson, August and two other avid California surfers Rodney Sumpter and Nat Young embark on the global quest, arriving at several exotic locations, meeting other era-defined famous surfers and teaching colourful locals the art of surfing along the way. Filmed in Australia, New Zealand, Hawaii, California, Tahiti, South Africa, Ghana, Nigeria and Senegal, “The Endless Summer” is nothing but scenes of paradise from the very beginning until the end credits roll.

If the devastating conclusion of this picture is overlooked, the mesmerising “Into the Wild”, flawlessly captures everything that is truly beautiful about adolescence, freewill, human connection, nature and adventure.

Based on a true story, at the core of this piece is university graduate Christopher McCandless, a successful student and athlete who decides to rebel against the norm, abandoning all of his material possessions and life savings prior to bravely yet naively hitchhiking to Alaska to live in the wilderness amongst the bears and trees.

Throughout his nomadic travels on the road across America he discovers a truth and purpose that he has spent his all too average life looking for, as he finds a fundamental satisfaction and pleasure which accompanies the act of wanderlust, as well as meeting other free spirits who refuse to be broken by a typically normal life that society expects you to adopt, characters that would ultimately influence and shape McCandless in later life, had it not been tragically cut short.

Adapted for the screen and directed by Sean Penn, it was filmed predominantly in the enthralling wilderness of Alaska, seamlessly capturing the exquisite snow-filled beauty and terrifying dangers of the inhabitable environment in seamless contrast.

One of the most serene and visually hypnotic locations in the world, “Into the Wild” relishes in its concept of aimless drifting, perfectly caught in its illustration of Alaska’s gorgeous landscapes, climate conditions, captivating wildlife and atmospheric wander, a truly breath-taking location. 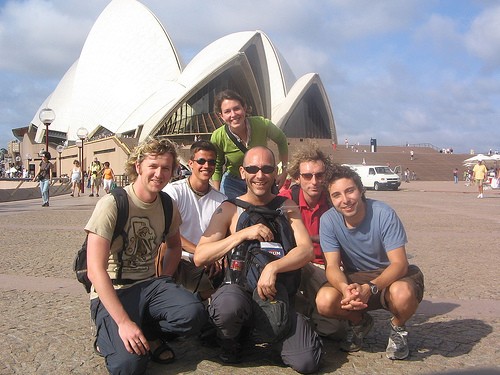 Brook Silva-Braga, an audacious ex-employee of American television giants HBO, decided in 2005 to quit his successful job as a producer and travel the world after being captivated by a network of backpackers whilst temporarily working in Asia. Armed with nothing more than a video camera in an attempt to not entirely throw away his career, Silva-Braga documented his time whilst country hopping.

Travelling can be one of the most rewarding forms of introspection, and after completing the film he identified that his entire outlook on life had changed, stating “Time and money are commodities with an inverse relationship; you need to spend one to have the other. Travelling cheap makes you realise that time is more valuable than money.”

This stirring and often emotional travelogue is considered by wanderers as their encouragement to carry on, perfectly summarising every aspect of travelling from the anxious departure, the ups and downs of movement and the relationships you build along the way. Interviewing fellow backpackers on the road and their reasoning behind long-term budget travelling,

“A Map for Saturday” is a moving summary to inspire anyone with an itch for unaccompanied rootless roving. Silva-Braga explores several stunning locations around planet Earth including Australia, India, Nepal, Thailand, Spain, England, Argentina and Brazil.

It’s attractive tagline and inspiration for the film’s intriguing title is a highly alluring ideology to go travelling, declaring that “On a trip around the world, every day feels like Saturday.” 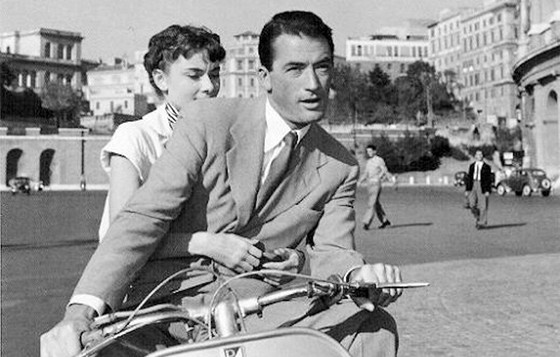 Influential director William Wyler’s light-hearted and shamelessly romantic “Roman Holiday” stars the captivating Audrey Hepburn as a sheltered princess turned escapee and the charismatic Gregory Peck as an American reporter stationed in Rome, as we see the pair inevitably fall for each other whilst wandering the spellbinding streets of the architecturally stunning city.

Earning the lead actress, as well as the writer, and designers a host of awards, including Oscars for their troubles, it is undeniably one of the finest romantic comedies of all time.

As we see the city through the eyes of the infatuated and attractive young couple roaming the streets on foot and occasionally riding Vespers, it uses many of Rome’s attractive locations, iconic landmarks and exceptional architectural design as unblemished backdrops to enrich the scenes of this adored love story, including the world famous Trevi fountain, the entrancing Pantheon and Colosseum, the Church of Santa Maria, the Tiber River as well as many elegant squares and streets including Piazza Navona and Piazza Venezia, “Roman Holiday” and its portrayal of the fascinating city is almost dreamlike. 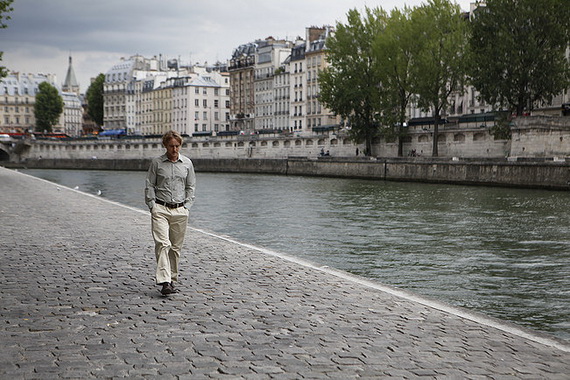 A nostalgic screenwriter struggling to write his first novel attends a tag-along holiday to Paris whilst accompanied by his fiancée Inez and her parents who are in France for on a business trip, quickly turns into a fantasy time -travelling experience, as each night Owen Wilson’s aspiring author Gil is transported back to the city during its romanticised 1920’s era.

However, his passion and new found love for the compelling city looks only to distance him from his future wife, played by Rachel McAdams, as she does not share the same level of absorbing desire to be in Paris.

A second entry for Woody Allen, here he captures the fairy-tale city of Paris, and most notably its stunning landmarks that scatter the magical location, including The Cathedral of Notre Dame, The Church of Saint-Etienne, the Louvre, the Opera House, Arc de Triomphe, the Eiffel Tower, whilst also filming parts of the film in Versailles and Seine-Saint-Denis.

Whilst many films over the years have displayed the elegant and enchanting scenery of Paris, “Midnight in Paris” unquestionably does it best, illustrating all aspects of the city by both day and night, including cobbled streets and outdoor cafe’s amongst its feel of nostalgia, bohemia, architecture and artistic nature which hasn’t changed since the 1920’s, whilst featuring some of the country’s most attractive and alluring film stars including, Lea Seydoux and Marion Cotillard.

Anyone with a thirst to explore France is best to start with “Midnight in Paris” for a visual representation of what its awe-inspiring capital is about.