Deadpool is one of the movies that never looked flat out terrible, but still had potential to fall flat on its face. It was kind of a coin toss. Considering the treatment of the character in X-Men Origins: Wolverine and the first-time director, there was definitely a reason to remain cautiously optimistic.

Not to mention, after an X-Men winning streak, some people were starting to believe it was about time there was a slip-up. The bad news is that there was a misstep in the X-Men series in 2016. The good news is that it was not Deadpool, but instead X-Men Apocalypse.

Deadpool was a movie made by Deadpool fans for Deadpool fans. Ryan Reynolds’ enthusiasm leading up the film’s release led to a lot of hype, and thankfully that hype was warranted. Deadpool was stylish, unique, and laugh-out-loud hilarious. Reynolds was born to play the role, and his knack for timing benefited the already gut-busting script. The quirky attitude of the character also helped the movie feel different from every other superhero movie that had come along.

The other reason Deadpool was such a success was because it stuck true to the original character. From the fourth-wall breaking to the over-the-top violence, this was the Deadpool fans have been waiting for. After completely ruining the character in X-Men Origins, Reynolds and company turned the ship around and delivered one of the most enjoyable blockbusters of the year. Generic plot aside, everything else about the movie was far from generic.

Deadpool feels like a victory for everyone involved. People told the cast and crew that it couldn’t be done, and they come along and create a movie that has gone on to be loved by millions. The ranking in the IMDB top 250 may be a bit of a stretch, but Deadpool is still the total package for fans of the character and even people not accustomed to this eccentric dude. 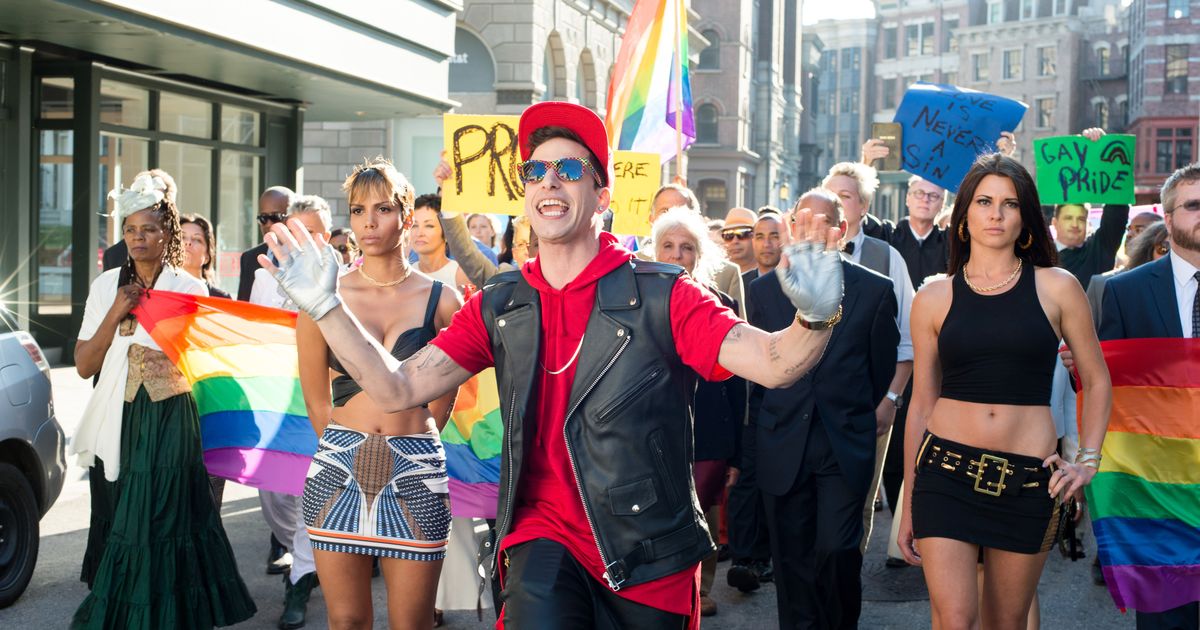 If Hot Rod proved anything, it’s that Andy Samberg’s sense of humor has a limited appeal. Despite earning a cult classic status recently, Hot Rod actually took a beating from critics when it initially released. The bizarre, absurdist humor rubbed many viewers the wrong way.

Almost a decade later, Samberg decided to take on a starring role in another Lonely Island production from director Akiva Schaffer. Trailers made it seem like another movie made specifically for Samberg fans with limited mass appeal. Luckily, Popstar was willing to make some compromises.

It’s still very much a Lonely Island movie, right down to the cast. Unlike Hot Rod, however, it manages to leave the truly absurd humor out. It’s the same kind of goofy Andy Samberg starring, but without things like a 45 second montage of two guys saying “cool beans” to one another. The result adds up to one of the funniest, if not the outright funniest, movies of the year.

Also helping make the movie so enjoyable is the hilarious soundtrack consisting of a number of original songs with titles like “Donkey Roll” and “Turn Up the Beef.” In other words, you get the perfect balance of Lonely Island-esque songs and standard gags. Unfortunately, like Hot Rod, Popstar: Never Stop Never Stopping was a box office disaster.

Luckily, this list isn’t about the most surprisingly successful movies, but about movies that are surprisingly well done. If all things go according to plan, Popstar could very well follow in Hot Rod’s path and become another cult classic.

8. Barbershop: The Next Cut 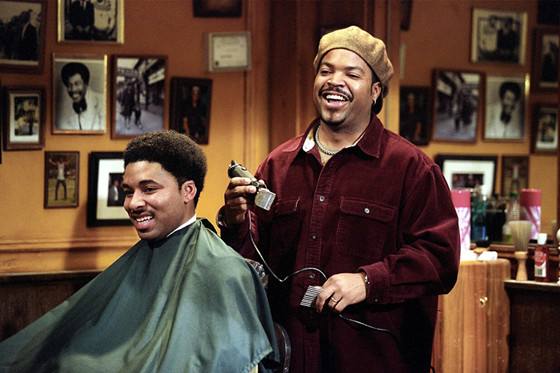 Belated sequels are worrisome as is, but belated sequels to comedies are especially risky. Considering the fact that these big gaps in release usually result in movies akin to Zoolander 2 and Son of the Mask, it’s no surprise that Barbershop: The Next Cut wasn’t making anybody’s “most anticipated” list. Also working against the film was the fact that its predecessor, Barbershop 2: Back in Business was a significant downgrade from the original surprise hit.

Those two issues were only the tip of the iceberg though. Firstly, trailers made the movie seem overly familiar and lacking in new ideas. Secondly, and most importantly, Barbershop: The Next Cut was coming to viewers courtesy of the director of Scary Movie 5 and Soul Men. Frankly, there was practically nothing that worked in this film’s favor prior to release.

Who could possibly believe that Barbershop: The Next Cut is the best film in the already underrated series of comedy-dramas. Not only is it filled to the brim with humor, but it’s also the most heartfelt and intelligent Barbershop movie to date. The movie tackles ideas that other similar movies don’t dare explore, and it does so in a way that’s frequently provocative

The Barbershop movies are a fairly niche series. The people that like the previous movies have probably already seen this newest entry. Nevertheless, for fans who haven’t seen The Next Cut, and for people who have skipped the series entirely, it’s highly recommended you at least give this one a look. It’ll leave you smiling from ear to ear. 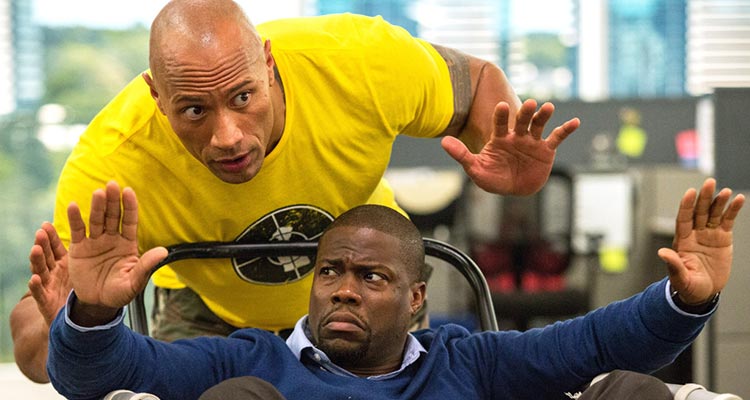 Kevin Hart may be one of the most famous comedians in the world right now, but his movie career isn’t exactly filled with slam dunks. They do well enough at the box office, but critics tend to tear them apart.

So when trailers started coming out for Central Intelligence, a buddy cop movie starring Hart and Dwayne Johnson, people weren’t holding their breath in anticipation for a great movie. Buddy cop movies are often derivative pieces of escapism as is, but with so many other aspects working against the movie, Central Intelligence was hard to root for.

Honestly, Central Intelligence isn’t a great movie, but it’s definitely a good one. The chemistry between Johnson and Hart is perhaps the film’s greatest asset. Johnson’s out-of-character performance is a great match for Kevin Hart, who plays things surprisingly straight. Strictly speaking, both actors are mostly out of their element and it works surprisingly well.

The script is smarter than expected, but at the end of the day Central Intelligence is still an escapist summer movie. It works a lot better as a comedy than it does an action movie due to the fact that the potboiler plot is inconsistent. 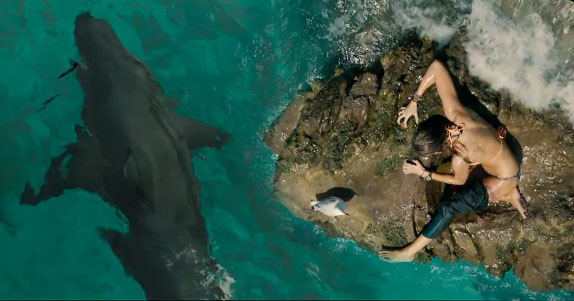 The Shallows is the best post-Jaws shark attack movie out there, period. It’s not like there was much competition. Aside from this movie, there are probably two above average shark movies to pick from: The Reef and, to a lesser extent, Open Water.

The rest are either Syfy originals are horrible executed b-movies that somehow managed to get a theatrical release (looking at you, Shark Night 3D). With the knowledge that shark attack movies are almost always duds, it’s no surprise to see The Shallows on particular list

The Shallows doesn’t reinvent the wheel, but it does have a couple important tricks up its sleeve. Most importantly, The Shallows is such an engrossing watch because it’s (mostly) a one-woman show. Lively apparently wanted to participate in the film because it reminded her of her husband’s role in Buried.

Though Buried is more unique in that Reynold is literally the only actor you ever see on screen, The Shallows still mostly follows that formula by making it a solo Blake Lively show for about three fourths of the runtime. As a result, The Shallows feels less like an empty headed shark movie and more like a traditional survival movie in the vein of All is Lost and 127 Hours.

If her performance wasn’t up to snuff, then the movie would basically be unwatchable because it’s so reliant on her acting. Luckily, she gives a bravura performance as the unfortunate victim of a shark attack. At only 29 years old, Blake Lively’s career is just getting started. The Shallows is her first movie that really shows that she’s an actress capable of taking on more challenging roles.

The movie also benefits from an undeniable sense of style. Stunning cinematography combines with showy editing to make a movie that’s thrilling to watch. When the action gets rolling, the production team makes sure that you’re not watching the same shark movie you’ve seen time and time again. If Lively’s performance wasn’t enough to build tension, the clever use of slow motion shots and scene transitions might do the trick.

Despite the positive comparisons to Jaws, don’t go in expecting something that represents the same kind of quality. However, do go in expecting a movie that’s far more engrossing than any of the similar movies that have come along this past decade. It’s not revolutionary, but it’s suspenseful and seriously entertaining!