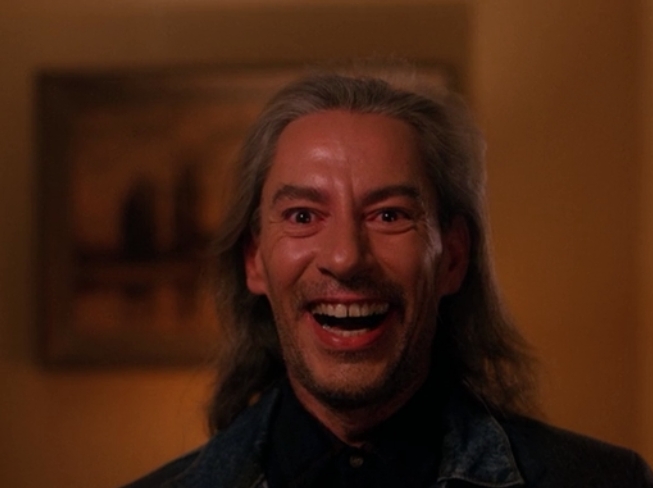 David Lynch is a strange filmmaker who makes strange movies with strange characters. Duh. There is little to say about this filmmaker and his work that hasn’t already been said, examined, or interpreted to death. He is Hollywood’s reigning master of blending genres, shifting emotional tones, and confusing the living hell out of everyone. Moving on.

David Lynch’s movies are experiences that are as fascinating as they are conflicted. They are as filled with innocence as they are with perversion and violence. While viewing Lynch’s films, you often get the feeling you’re viewing the world through the eyes of a very aware, confused, and quite heavily damaged child.

This (broken) childlike view is expressed most heavily in the portrayals of the villains that inhabit Lynch’s films. Extremes of dark and light are the loves of Lynch’s life and work. His most innocent characters, like Sandy in Blue Velvet or John Merrick in The Elephant Man, exhibit love, compassion, and unfettered idealism. The villains, on the other hand, are the complete opposite: terrifying, evil to the point of inhumanity, and existing solely to consume and corrupt the innocents of Lynch’s cinematic realities.

The David Lynch villains compiled on this list stand out because of their strangeness, their cruelty, their sexual deviancy, or their desire to consume (often in a variety of fashions) the filmmaker’s most precious and beautiful protagonists.

In Laura Palmer, Diane Selwyn, Henry Spencer, Jeffrey Beaumont, and even Lynch’s most loveable and seemingly incorruptible creation (along with Twin Peaks co-creator Mark Frost) Dale Cooper, we have time and time again seen the beautiful light of Lynch’s protagonists smothered by the darkness of his antagonists.

It’s not just what the villains do in Lynch’s work that make them so horrifying, it’s what they represent and how they contribute to the destruction and emotional decay of their protagonists (and if you want to get heavy, humanity in general).

Arguably Lynch’s worst and most impersonal movie, his version of Dune does boast a character that foreshadowed some of Lynch’s most depraved sickos to date. Kenneth McMillan’s portrayal of Baron Harkonnen is a gleefully demonic villain (like Killer Bob or Frank Booth) who gets really HAPPY when he’s sadistically snuffing out the lives of innocents (whether they’re Atreides royalty or lowly servants with easily-removable heart plugs, it doesn’t matter).

Lynch’s Baron is a severely acne-ridden, spice-addicted, and heavyset man-child who floats around laughing like Sam Kinison used to scream, killing time until his really fit younger brother (in the form of Sting at the peak of his eighties fame) gets out of the steam bath so they can stare at each other, bug-eyed, and think about all that evil they’re gonna do!

As cartoon-based and childish as it seems, Lynch’s interpretation of Baron Harkonnen is probably the most “Lynchian” thing about Dune (save for the repeated, gratuitous dream sequences and the vaginally-mouthed Space Guild Navigator in the film’s opening). It shows us how much fun Lynch has in reveling in the dark side of some of his characters (McMillan’s scenes are arguably the liveliest and most creative in the film), and also shows just how plain “bad” his worldview of evil is.

It’s not exactly subtle, but the black and white depiction of evil represented in Dune with Baron Harkonnen has remained steady and constant throughout Lynch’s career. Baron, like most other Lynch villains, almost feels like he belongs in a very warped children’s film… That is, if he just wasn’t so disgusting and endlessly creepy. 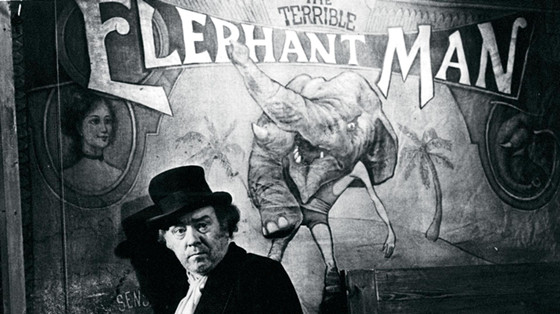 In some ways, this is one of the more uncharacteristic portrayals of evil ever displayed in a Lynch film. Freddie Jones’ brutally menacing performance as Bytes, while characteristically devoid of all goodness, represents something Lynch never fully explored in his work again: ignorance.

Bytes is a bully who, like all bullies, acts out of anger and fear. He doesn’t know he’s a bad man because he doesn’t understand that the object of his abuse (John Merrick, a sadly disfigured and gentle man who was housed in inhumane conditions for years as a travelling circus performer under Bytes’ control) is a thinking, feeling human being behind its monstrous appearance.

Bytes doesn’t necessarily derive pleasure from his abuse and mistreatment of Merrick. Perhaps even more disturbingly, he thinks he is providing his own sick brand of justice in dishing it out.

Bytes is as discomforting as he is infuriating in Lynch’s production of The Elephant man because he represents a very basic and common flaw found in humanity in general. His stupidity and prejudices feed themselves until he is empowered to act out the ultimate cruelties and excuse them as acts of self-righteousness.

Unlike the extreme acts of some of Lynch’s more perverse and violent villains, Bytes echoes an evil we commonly find in our everyday realities (though often in much less-obvious forms).

Okay, so this one is kind of a clever cheat. This is a David Lynch list, after all, and it’s only fair to have at least one of them on here. Time is certainly not a character in The Straight Story, but it is probably the central antagonist found at the heart of it’s protagonist’s story.

Alvin Straight (a career-best performance from the late, great Richard Farnsworth) is an elderly man who needs to get across the country to see his ailing brother (Lynch regular and the always engrossing Harry Dean Stanton). Too old and too poor to travel any other way, he goes for a cross country road trip on his tractor at all the speed he can muster (which isn’t very fast), and slowly muses about the life he’s lead along the way.

Time is both Alvin’s enemy and his friend as The Straight Story progresses. For all the obvious reasons, it is his enemy and the true villain of the piece: Alvin is ailing. He can barely stand upright, and his body is slowly but surely starting to shut down on him as a result of years of living. Time is in his way, it’s catching up to him, and it’s not, for the most part, on Alvin’s side.

Time does reveal itself to be Alvin’s friend, however, in the moments of reflection he takes to look back on his life. When he reminisces on his mistakes with new, objective eyes that only time can provide, we see the character come to a peace with himself and his surroundings that he wouldn’t have been able to obtain at any other point (or age) in his life.

It’s a moving film with a moving story and an ultimately moving take on a “villain” that makes it stand out from the bulk of Lynch’s other (and better known) works.

Robert Loggia’s portrayal of Mr. Eddy in Lost Highway is such an obvious addition to this list that it’s almost easy to forget it exists. It’s a pitch-perfect rendition of a Lynch heavy: scary, mean, loud, blunt, and kinda funny in the best/worst possible way.

Mr. Eddy is a true Lynch villain: he’s a violently obsessed sexual pervert who trades in underground pornography, steers wives away from their devoted husbands, and gets REALLY clever and worked up when someone starts to tailgate him while he’s driving. Robert Loggia’s ferocious intensity serves the character extremely well, as he is easily one of the most darkly entertaining villains to make this list. 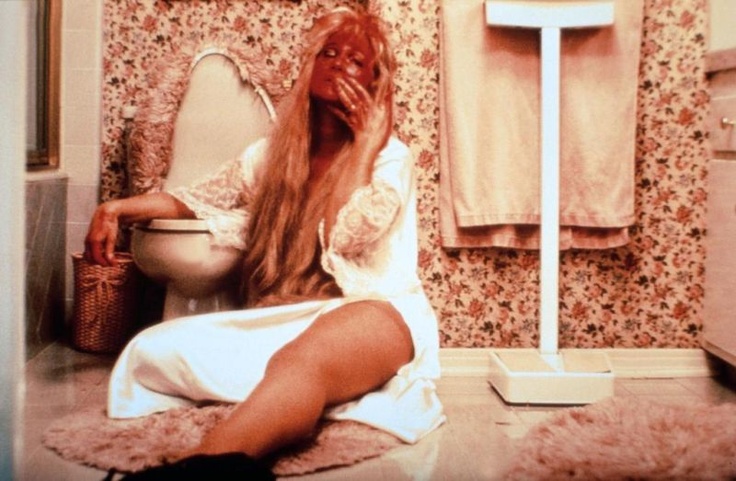 Diane Ladd’s portrayal of Marietta Fortune is another rarity on this list for the sole reason that it depicts a female villain(ess). In Lynch’s polarizing portrayals of good and evil, women are often put on pedestals and viewed as victims to the (usually hyper-masculine) forces of evil in their lives.

In the case of Ladd’s brilliant (and Oscar-nominated) portrayal of Marietta Fortune, however, we see a woman represent Lynch’s view of evil in the world, and the results are simply terrifying (though so fully bent that it often becomes uncomfortably and brilliantly funny, as well).

In all her vindictive, insane rage, she cackles with the same maniacal delight as the Baron Harkonnen while her husband burns to death in the next room, she watches with intense fury at the botched hit she put on Sailor Ripley’s (Nicolas Cage) life with an expression that is so over the top it’s comical, and she covers her entire body in red lipstick while crying hysterically and vomiting to punish herself when she’s been really, really, REALLY bad…

Marietta fortune is a great, furious, and evil mess of a character that is as hell bent on satisfying her own twisted needs as she is on destroying the needs and lives of others (just because, for reasons unexplained, she has to…). In Ladd’s portrayal, she’s as simultaneously terrifying as she is comical, and the results make for a memorable, if highly unsettling, villain to fit within Lynch’s canon of work.