The first horror film is said to have come out in the late 1890’s. Directed by Georges Méliès, it was titled Le Manoir du Diable and was only two minutes long. From there, a whole culture was born. The horror genre is so notable because of how much creativity and fun go into it. It usually deals with people’s nightmares and fear of the unknown. It can literally be composed of anything ranging from witches, ghosts, aliens, and serial killers.

Horror seemed to spawn and branch out during the different decades. The 30’s-40’s mainly had the beginning of monster films, while the 50’s-60’s dealt more with Gothic horror and the introduction of “slasher films.” These trends couldn’t have been realized without the drive of directors.

Their variety of styles brought unique and refreshing stories and adaptations no matter how low budget they were. While many directors failed at making a decent film, these are  the few that created a name for themselves, whether it was through the visuals or a serial killer.

Mainly known for his longing for a Living Dead Girl, Rob Zombie is starting to find a place in the horror genre. He got his start in the industry when he came up with his idea for House of 1000 Corpses while designing a horror maze for Universal Studios. Despite getting negative reactions most of the time, his films have gained cult status with its sadistic characters and dreary setting.

His first film, House of 1000 Corpses, introduced a family of serial killers and then had the viewers almost sympathize with them in the sequel, The Devil’s Rejects. Zombie has also proven that he can take on a franchise when he chose to remake Halloween. The film was a surprisingly good addition to the series and showed that he was competent to take on a bigger film.

Currently, he’s working on another original creation called 31—a film about surviving against killer clowns in a place called Murder World. It’s not exactly the most subtle, but it sounds like another potential murder classic. While Zombie may not make any classics or be on the same tier as Hitchcock or Raimi, his films are still unique and bring a strong sense of dread and discomfort.

Must Watch: House of 1000 Corpses, The Devil’s Rejects

Despite appearing as a puppet, Jigsaw quickly joined Jason and Freddie as one of the most popular serial killers. It’s also worth mentioning that Wan made the Jigsaw doll completely from scratch (how does he sleep at night?).

Even though he provides the jump scares, Wan focuses more on the plot than anything else. His other films, Insidious and The Conjuring, showcase his fantastic storytelling skills. He takes rather cliché and simple ghost stories and actually makes them scary with unique backstories and creatures. The Conjuring was bloodless and sexless, yet still managed to get an R rating; not many directors can cause that much terror.

Must Watch: Saw, Insidious, The Conjuring

Seeing as how his son is making his way through Hollywood, it’s safe to say that talent runs in this family. Though mainly known for the hysterical Animal House, John Landis isn’t a complete stranger to the supernatural, especially werewolves.

His big horror hit, An American Werewolf in London, was a big hit among the viewers and critics by mixing gore and comedy together. He then took his werewolf knowledge and used it to direct Michael Jackson’s famous video “Thriller” which was a surprise hit despite it being 13 minutes long.

Unfortunately, his directing took a tragic turn when three of his actors were killed when filming Twilight Zone: The Movie. Despite the horrible situation, Landis has continued directing films, albeit nowhere near as frequently.

Must Watch: An American Werewolf in London 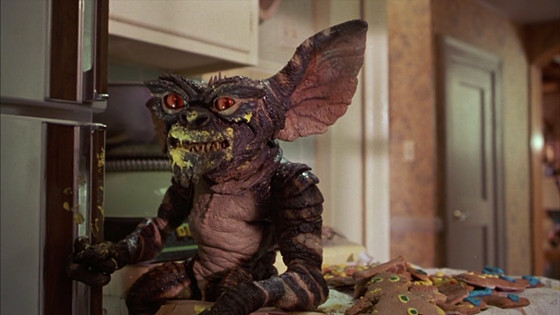 No one has reveled in making B-movies like Joe Dante. Usually directors make them to get their foot in the door, but Dante never stopped partaking in the fun. One of his first films, Piranha, used a humorous yet gory atmosphere to create a low budget spoof of Jaws, which was released a few years earlier.

Not many directors can make a parody of the Oscar winning film and have it be successful at the box office (Steven Spielberg even called it the best Jaws rip-off). And of course, Gremlins can’t be forgotten. Mixing horror and comedy,

Dante was able to make a Christmas movie that was better than Die Hard. Even in recent times, he has been able to keep the B-movie vibe alive and fun in his 2014 film, Burying the Ex. Because of where his films stand, he can probably be forgiven for directing Looney Tunes: Back in Action.

Takashi Miike is either loved or hated around the world; it depends on who you ask. This guy comes up in discussion many times about controversial films mainly because of the large amount of violence that is present in his movies. Miike largely has been a part of the V-cinema movement (direct to video production) and with that comes fewer restrictions to follow. Therefore, he was able to have as much violence and torture as he wanted without any studio execs breathing down his shoulder.

With 99 directorial credits under his belt, Miike shows no signs of stopping (he already has two films scheduled in the next two years). Even though he does more higher budget films now, he still manages to include that grittiness and extreme violence that he is famous for.

His most infamous film, Ichi the Killer, was so bloody that barf bags were handed out at film festivals. Luckily, those incidents surged great curiosity and has garnered fans from all over the world despite it being banned in three countries. Thankfully, he doesn’t seem to care about that.

Must Watch: Ichi the Killer, Audition

He may have directed two amazing Spiderman films (yes, I know I said two) but Sam Raimi is known for creating “the goriest franchise ever made.” Evil Dead was Raimi’s feature debut and also launched Bruce Campbell’s acting career. Its low budget style made this film an instant cult classic. But he doesn’t just focus on the gore aspect in his films. He creates characters with cartoonish personalities that are funnier than anything else.

No one remembers Ash as a serious gun slinging protagonist; we remember him as the man with the chainsaw and “Groovy” as his catchphrase. Raimi was able to mesh horror and comedy so naturally and still keep it interesting. His television adaptation, called Ash vs. Evil Dead, will be reviving the classic story with Bruce Campbell returning as himself. An episodic version of the classic film sounds even more fun and fitting so that they can possibly introduce more creatures to the universe.