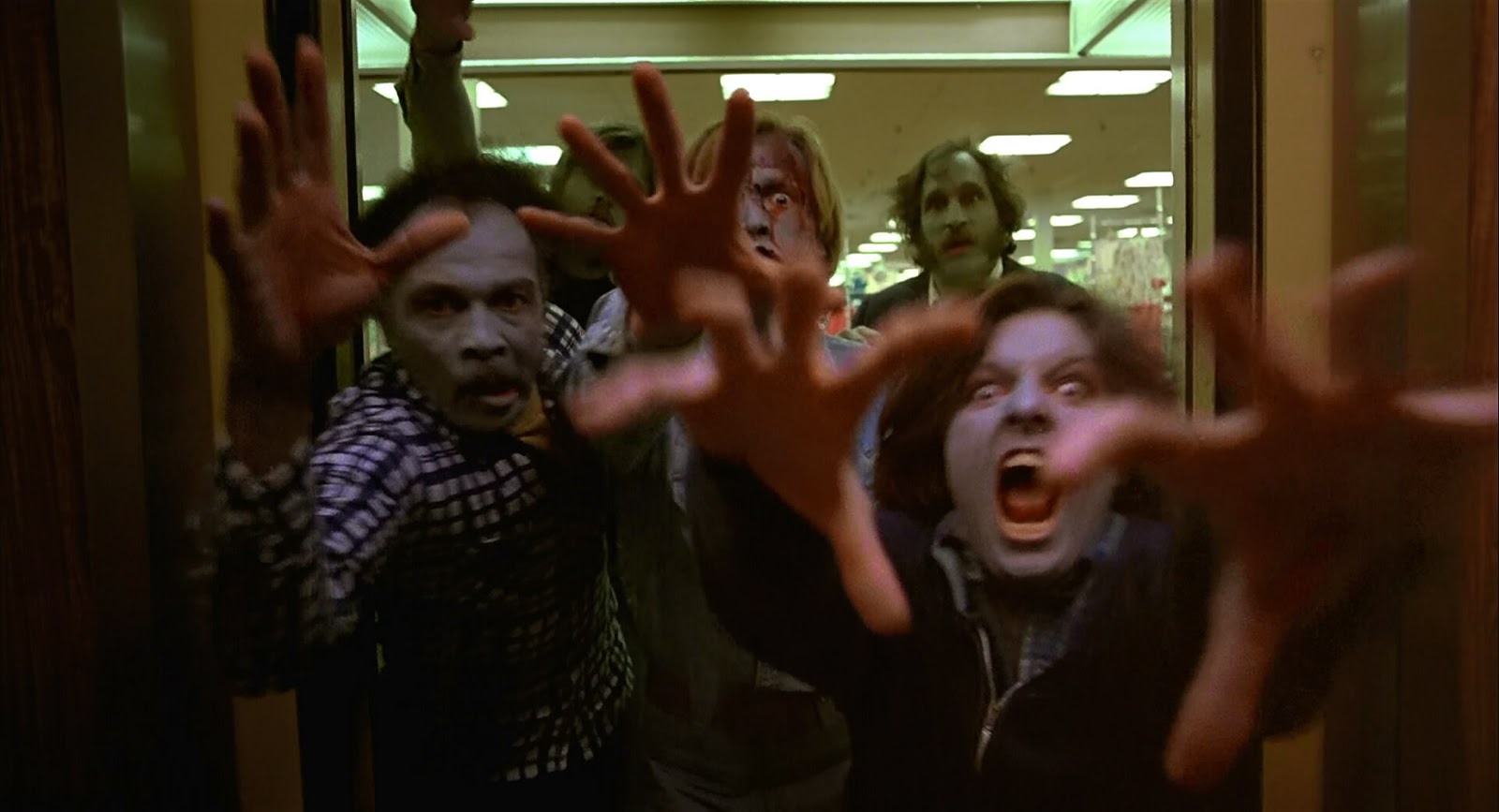 Certainly one of the most satisfying and exciting cinematic scenarios is the siege picture. Combining fast-paced action sequences and unforeseeable circumstances, the siege motif emerges in a number of different genre categories; action, comedy, drama, horror, science fiction, you name it.

As satiating as it is protracted and impassioned these films invariably target an individual or a small group barricaded or cornered – often in a single locale – with overwhelming obstacles they must overcome, safety often a star distance away.

The following list, while not exhaustive and far from complete, acts as a sort of compendium of what the siege picture can entail. From mumblegore mindfucks, populist comedies, award-winning crime capers, to indulgent arthouse favorites, siege films not only pin down protagonists, they also capture the imagination. Be careful out there, and source out your exits ahead of time, whenever possible. 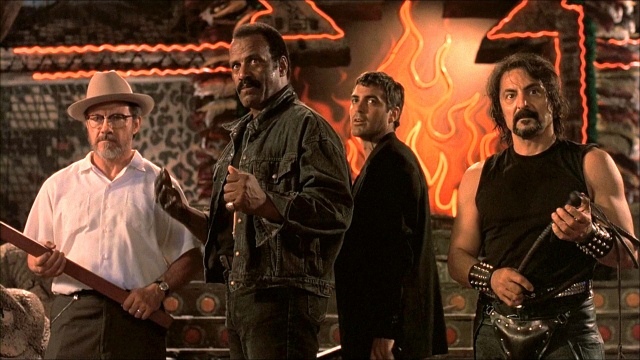 A curio piece in the inconsistent yet interesting career of director Robert Rodriguez (Desperado), here partnered with big shot BFF Quentin Tarantino (Pulp Fiction), who wrote, or rather overwrote, the screenplay for this genre jumping fright flick, From Dusk Till Dawn.

As this shaggy dog crime caper morphs into a besieged by vampires gorefest, it’s readily apparent that Rodriguez and Tarantino (who also co-stars) had a lot of fun making this film. The cast is pretty game too, drawn from the Tarantinoverse and Rodriguez roster which includes Salma Hayek, Harvey Keitel, Cheech Marin, and Juliette Lewis. But is it fun to watch? For some viewers, sure, for mainstream audiences though, it’s fair to assume this one is a bit of a vanity project.

Badass outlaw brothers Seth (George Clooney) and Richie (Tarantino) Gecko have just robbed a bank, with hostages in tow and the FBI riding their tail, they end up taking refuge at a sketchy truckstop/peeler bar dubbed The Titty Twister. It isn’t long before blood s and fangs are divulged as our anti-heroes and their hostages defend themselves against vampiric forces.

The best parts of From Dusk Till Dawn feast off QT’s signature style of humor and ultraviolence, and Rodriguez’s bombastic style suits the bloody spectacle rather well. Drive-in adherents, splatter fans, and horror hounds will love it, everyone else might wanna hit the exit early.

As far as self-reflexive genre exercises go, this frequently humorous mumblegore musing, a wrinkle on the home invasion motif from Adam Wingard (The Guest), is as well executed as the grisly fates that befall many of its characters.

With a smartly observed and cynically sneering script from Simon Barrett – whose other writing credits include What Fun We Were Having and The Guest – You’re Next fixes it’s decidedly droll gaze upon a dysfunctional Missouri family and heaps misery and gallows humor upon them with surety and clever contempt.

Aubrey and Paul Davison (Barbara Crampton and Rob Moran) have invited their adult children and their partners to their vacation home for dinner and dalliance, and hopefully to bury a few hatchets, too. It’s not long before a body count blows up as masked assailants, armed with crossbows and machetes, encircle the isolated home.

Wingard and Barrett wisely intersperse black humor and plot twists throughout this tense, quick-witted, and stylish entertainment. Moral ambiguity and sardonic comedy elevate this film beyond the typical slasher film, adding a chic and sharp edge often absent in this sort of film. Recommended.

While not at all measuring up to the successful Stephen King adaptations that director Frank Darabont has previously mounted—The Shawshank Redemption (1994) and The Green Mile (1999)—The Mist still manages to mount some qualifiable fright, paranoiac pleasures, and even a dash of political allegory.

Essentially a monster movie, The Mist also operates as an ensemble piece set in the sectarian small-town of Bridgton, Maine, a hamlet with it’s share of Bible-thumpers and decent folk. After a violent storm wipes out that town’s power a small assemblage of people – including Thomas Jane, Marcia Gay Harden, Laurie Holden, and Toby Jones – congregate, determined to ride out the foul weather, they find themselves at a grocery store.

Admittedly the supermarket seems a tactically arguable place to standoff against a deluge of giant, transdimensional creatures cloaked in the mysterious mist left in the wake of the storm.

Despite the strange premise, and buoyed by strong performances and inspired creature designs – comic book legend Bernie Wrightson, perhaps best known for his iconic interpretation of Swamp Thing, had a hand in the insectoid creature creation and design – The Mist operates beyond the guilty pleasure preamble one might expect in so weak a broth. It’s actually a hearty stew of skewered genre tropes with a finish that’s cynical, unapologetic, and absolutely shocking.

Joss Whedon fans screamed foul when his sci-fi TV space opera Firefly (2002) was cancelled after only a single season. Serenity was his way of continuing his story and offering some closure, reuniting the cast from his show, including Adam Baldwin, Chiwetel Ejiofor, Nathan Fillion, and Summer Glau in the 26th century setting fans got to know, wherein Earth, dangerously overpopulated, has begun colonizing other planets.

Captain Malcolm Reynolds (Fillion) and his Firefly-class space vessel and crew find themselves at the crux of a dangerous dilemma involving a powerful young psychic smuggler, River (Glau), the atypical Whedon female warrior-type. Admittedly, much of the pleasure of Serenity comes from watching River clean house and taking out Reavers – ferocious, terrifying, cannibalistic humanoids – with delectation and skill.

The final act of Serenity is an against-all-odds siege escapade where our heroes face impossible odds, resulting in a fist-pumping finis that will mostly satisfy fans of the series, but the uninitiated are bound to enjoy all the tapering satire, verbose wit, and charismatic characters. 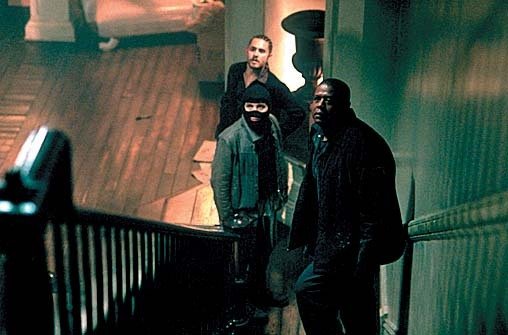 The two women have only just moved into their new home, formerly owned by an eccentric and reclusive Howard Hughes-type, who, amongst other quirks, installed the brownstone with a well-equipped panic room – a fortified space where one could hold out during a siege, home invasion, zombie apocalypse, or trick-or-treaters, presumably – and therein lays the polestar for the ensuing thriller.

An armed and organized group of thuggish baddies, including Jared Leto, Forest Whitaker, and Dwight Yoakam, have designs on the home and the beggar bonds stashed in the floorboards, worth a hefty $3 million. The house isn’t supposed to be occupied so soon, and soon Sarah and Meg find themselves parrying, thrusting, and hiding out against an onslaught of greedy transgressors.

Aided and abetted by David Koepp’s strong script, which offers a fair shake of surprises and spirals, Panic Room is a stripped-down, stylish, and stimulating cat-and-mouse squeaker. Visually arresting and spry, if you like hairbreadth escapes and tight squeezes, Panic Room comes fully favored. 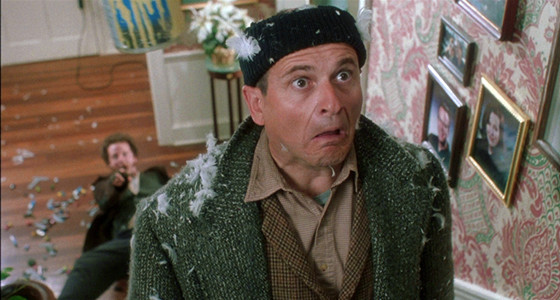 The film that, for a time, made Macaulay Culkin a household name, Chris Columbus’ family-friendly comedy about 8-year-old Kevin McCallister—forgotten at home over the holidays by his bustling family—wound up being the highest grossing film of 1990.

A fairly thin premise, Kevin, after clowning around on his own, mostly via montage, must defend himself against inept burglars, Harry and Marv (Joe Pesci and Daniel Stern), aka “The Wet Bandits”. The violence is cartoonish and cute, owing greatly to Culkin’s charismatic performance, and the slapstick exaggerated interplay amongst the criminals.

It’s difficult to really feel that Kevin is ever in any real danger, and there’s a mean-spiritedness to much of the adult’s behaviour in the film, which is odd for this kind of Christmas feel-goodery. But the nostalgia factor runs high in the John Hughes penned picture which works well as a wish-fulfillment child fantasy.