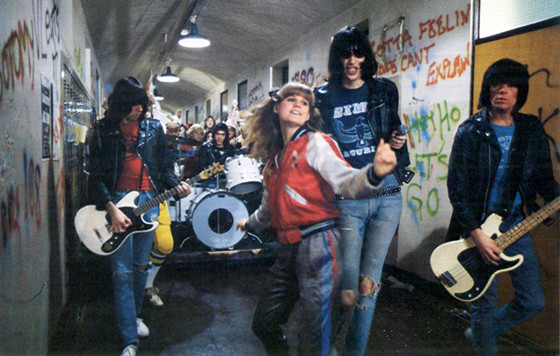 “Rock ‘n’ Roll High School” follows the exploits of a high school punk rocker named Riff Randell as she dreams of meeting the Ramones and going to their concert. Meanwhile, her fascist principal tries to assert herself her dominance over the student body and stop their insurgence of punk rock and ‘delinquent behavior’.

“Rock n Roll High School” might not be the most respectable punk film, but it does feature The Ramones at the peak of their popularity in 1979- as the band not only acts but they also performing some of their most popular songs, like Blitzkrieg Bop, Teenage Lobotomy, and the titular Rock n Roll High School. The rest of the soundtrack is pretty good as well, as it features new wave and punk bands like the MC5, Alice Cooper, Brian Eno, Devo and Nick Lowe.

However, the thing that does make this movie standout so much is the anti-establishment message that was prominently featured in punk rock during that time, and this message seem to stand out through the somewhat mindless entertainment.

All in all “Rock ‘n’ Roll High School” is a pretty silly but largely entertaining movie, which happens to features The Ramones, an extremely likeable PJ Soles, giant rock ‘n’ roll loving rats and Clint Howard- only this movie could have such a strange combination and make it work so well. 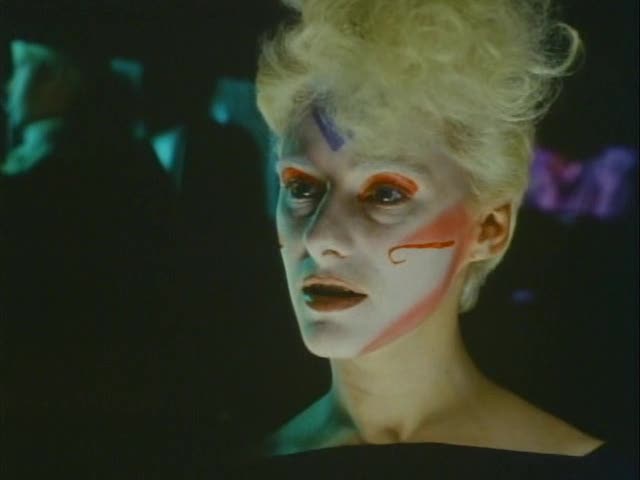 Easily one of the most seriously out movies, there is no clear cut way to describe the plot of “Liquid Sky” without ruining the entire movie- as it involves invisible aliens that feed off orgasms, androgynous models, and the lives of the inhabitants of a high rise apartment as these inhabitants indulge in drugs and sex.

This entire movie feels like a fever dream of astronomical proportions. While this movie might feel new wave due to the over the top colors and fashion choices. The overall lo-fi qualities, as well as the anti- mainstream structure, are definitely punk; and almost border on No-Wave type of cinema. The soundtrack in this movie features ultra low budget new wave and No Wave songs, and all of these songs feature a cheap drum machine and lo-fi synthesizer.

The main actress Anne Carlisle, who plays both the male character, Jimmy, and the female character Margaret, is fantastic; especially as her male counterpart Jimmy. The makeup and fashion choices that all of the characters wears are the most new wave part about this movie, as they seem to capture the early 80s, and almost seem ahead of their time.

This movie is definitely one of those movies that need to be experienced in order to truly understand how bizarre it is. Because, no amount of description can do this movie justice, it’s a total trip that’s completely worth it. 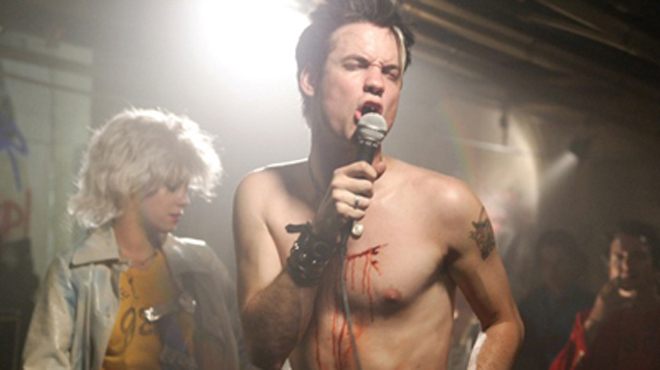 This docudrama follows the exploits of the legendary hardcore punk band The Germs, from when they first started to their untimely demise after the suicide of Darby Crash. While this movie sheds light on each member of the Germs this movie is mainly focused on band leader Darby Crash and his five year plan.

This film gives a pretty good insight into one of the most infamous hardcore bands to come out of L.A., The Germs. This movie serves as a proper portrayal of the band, as well as the mid 70s punk scene.

“What We Do is Secret” stars Shane West as Darby Crash, and while he is really good he seems a bit too clean to be playing Darby- although West’s singing is actually pretty spot on, so much so that he became the replacement singer for The Germs when they reunited. Rick Gonzalez and Bijou Phillips play Pat Smear and Lorna Doom, and they’re both pretty good.

The movie does a great job at showing some of the most pivotal parts of the Germs career, such as the recording of the GI album, the formation of the Darby Crash band and their most well known stage performances such as the Decline of the Western Civilization, and their final show. For fans of The Germs this movie will serve as a good portrayal of the short lived, but extremely pivotal, hardcore punk band. 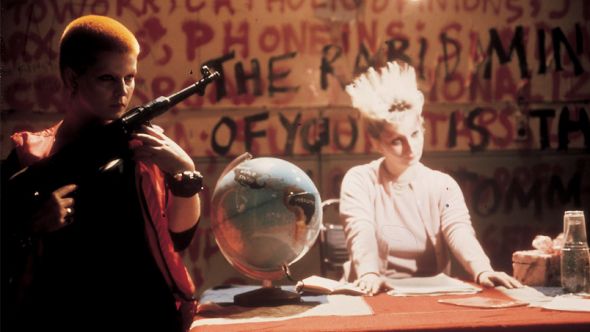 Queen Elizabeth travels to the late 70s to see what England will be like and is horrified to see that England has transformed into a dystopian fascist lead country full of aggressive punks.

Much like “Liquid Sky”, “Jubilee” is one of those movies completely goes against traditional filmmaking in order to make something completely its own. This movie is a completely surreal punk film that has a dingy and grungy looking England on display. The majority of the characters in Jubilee are punks but come off as pretty unlikeable, despite being portrayed by well known actors.

The main reason to watch this movie is because of the actors and actresses, and how they’re all played by people from the punk scene. This includes punk rock singers like Toyah Willcox, Jordan, Adam Ant, and Jayne County; while also featuring actors like Neil Campbell, Richard O’Brien, and Ian Charleson.

The punk rock actors, while they might be decent enough, are not that good of actors- and often times come off as extremely amateurish; even though the punk actors are pretty much the only reason to watch this movie- especially if you’re a fan of Adam Ant or Toyah Willcox.

This is definitely one of those movies where the principal cast and the general punk attitude are more important the actual plot, which is pretty unfocused. Honest, if it wasn’t for the cast then this movie would definitely not be as good as it is, especially because of the unlikeable characters. 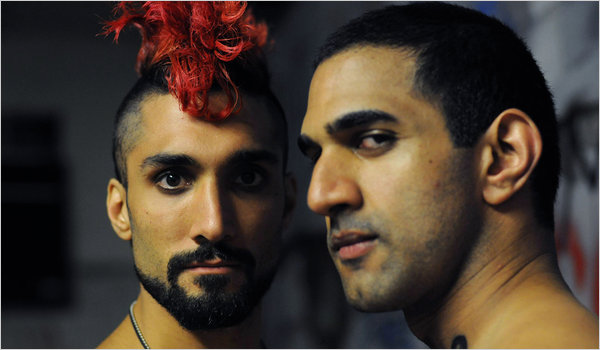 “The Taqwacores” follows Yusuf, a Muslim college student, who moves to an off campus house where his fellow Muslim house mates are a bit unconventional. While Yusuf might be a devout Muslim, his housemates are not- and are into the punk scene known as Taqwacore, which is basically Islamic punk.

One of the newest punk scenes on this list, Taqwacore is incredibly fascinating because it’s something you wouldn’t expect to develop. The Taqwacore scene developed out of a fiction book by Michael Muhammad Knight, called “The Taqwacores”, and developed because of Islamic followers who rejected the traditional Islamic views- which is why they gravitated towards punk, a culture that rejects traditional views.

The acting is pretty good, especially from actress Noureen DeWulf, who plays Rabeya, a woman who predominantly wears a burqa but seems to be the one that rejects the traditional views of Islam the most, and even decorates her burqa with punk patches. Other actors like Bobby Naderi and Dominic Rains also do a great job, as Naderi plays the outsider Yusuf trying to figure out what is Taqwacore, while Rains plays Jehangir, an extremely devoted Taqwacore member.

“The Taqwacore” is extremely fascinating and ultimately showcases the alienation of religion. 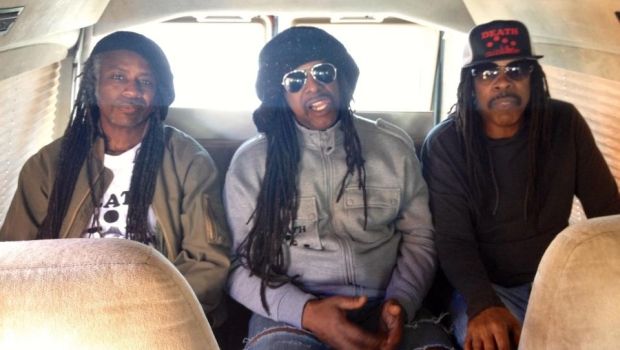 When thinking about proto-punk most people seem to think about garage bands from the late 1960s like Mc5 or The Stooges; or maybe bands from the mid 1970s like Patti Smith, The Ramones, and the New York Dolls. While these bands are often considered to be some of the earliest examples of punk, a band that often gets ignored is a little known band from Detroit called Death. The documentary “A Band Called Death” follows the band from ignored oddities to punk gods as they were rediscovered over the past decade.

The amount of hardships that accompanied this band from when they formed in 1971 to their breakup in 1976 is some of the worst imaginable- from being rejected by record labels, to changing their sound, to having their lead guitarist die from lung cancer. Yet Death are now finally being appreciated by the music scene and are able to make music again.

Much like the documentary “Searching For Sugar Man”, that also came out in 2012, this documentary will make you stand up and cheer for joy by the end. It’s a fantastic documentary that sheds light on a much deserved band. 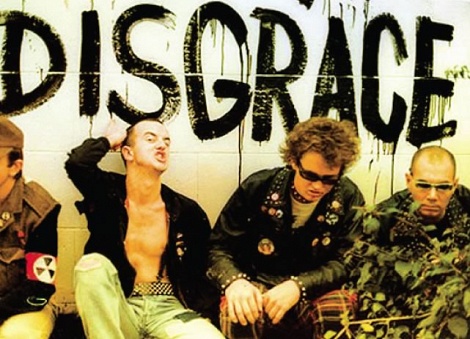 “Punk in Africa” is a documentary focusing on the punk scene that grew out of South Africa during the late 1970s and most of the 1980s, and shows the oppressive government that tried to suppress this movement. Some of the pre-Apartheid punk bands that were included are bands like Koos, National Wake, and Kalahari Surfers. The second half of this documentary focuses on the post-Apartheid punk scene of the mid 1990s and today with bands like Hog Hoggidy Hog, Fuzgish, Sibling Rivalry and Sticky Antlers.

For any music lover (regardless of whether or not you’re into punk) this is an amazingly insightful movie. The bands that were featured in this movie, whether from the 1970s or the current ones are extremely fun and energetic; while also having an African tinge to their music.

The punk that was being played in Africa originally developed to show the anger and frustration with issues like the National Army and especially Apartheid, and while Apartheid might be a thing of the past, other important issues still live on, with bands continuing to rally against these issues.

“Punk in Africa” is fantastic at capturing the African punk scene and makes for a joyous watch in order to discover something completely different, while ultimately manages to capture the sound and attitude of punk.