Horror is a category where Asian filmmakers have truly excelled over the years. Since 1998’s The Ring, a film that went on to become an international sensation, the road to internaational recognition of the genre was paved with a plethora of films attainng huge success in Asia and the rest of the world.

Consequently, Hollywood proceeded to produce remakes of the most distinguished ones and even invited some of the best Asian filmmakers to the US, in order to remake their films. Here is a list of the ten best.

This film is a reenteration of the already successful formula used in The Ring, with the director Hideo Nakata adapting another work by Koji Suzuki.

Yoshimi is a divorced mother who is seeking sole custody of her little daughter, Ikuko. While searching for an apartment, she chooses a run-down and cheap one. She enrolls Ikuko in a nearby kindergarten and she gets a job as a proofreader.

Eventually, she realizes that the flat hides way more than the moisture in the walls. The family who lived upstairs also had a small daughter who disappeared mysteriously a year earlier. The couple moved, but a little girl with long hair and a red bag seems to have lingered.

Hideo Nakata directs an atmospheric film, though the factor which separates it from The Ring is that technophobia is substituted with hydrophobia. As previously stated, he didn’t find a reason to alter an already succesful recipe, so Dark Water is very similar to The Ring, which is not a bad thing though.

Nakata, having directed both this one and The Ring, established himself as the most commercially successful filmmaker of J-Horror. Dark Water won awards in festivals all over the world, including the Jury’s Choice Award at the 2009 Puchon International Fantastic Film Festival. An American remake with the same name was released in 2005. The book and its manga adaptation were also published in English in the US.

According to myth, when someone dies while in a state of extreme anger, a curse is born, which revives the individuals involved as ghosts within the place where the incident occurred. In this particular film, a husband kills his spouse, and possibly his son after discovering that she had an affair with another man. When the Tokunaga family moves to the house where the murder happened, the curse manifests itself with terrifying results.

Takashi Shimizu, who was also the scriptwriter, puts the events in a non-chronological order, trying to combine the terror with some deeper thought. He manages to direct a truly horrifying movie, whose most distinguishing feature is that the most suspenseful and terrifying scenes occur in the light of the day.

Shimizu, who was also responsible for the previous installments, went on to direct the next one and the first two American remakes before giving over the third film to Brad Keene. The Japanese film received limited release in the US in 2004 and an.American reboot of the series was announced in 2014. A huge franchise, Ju On also spawned novels, comics and a video game. 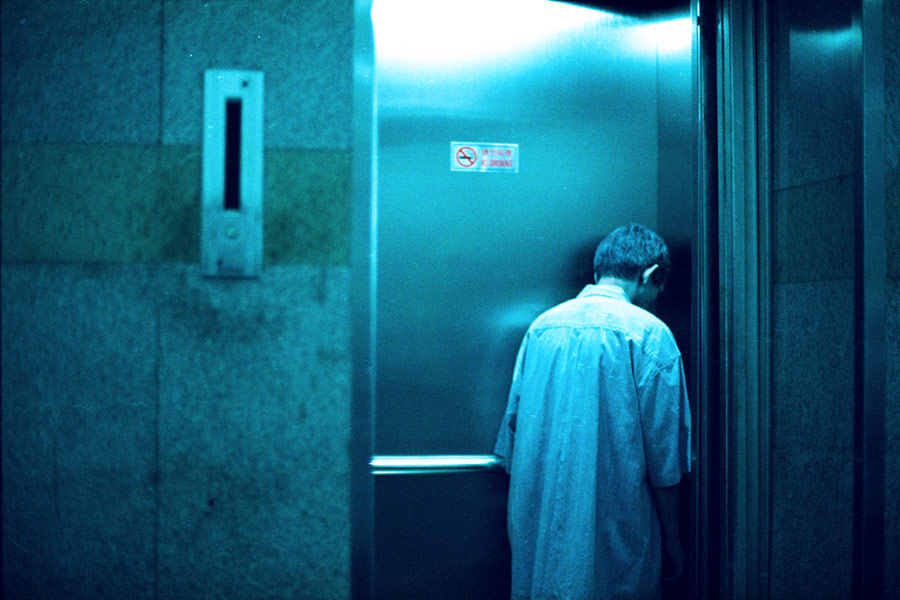 Twenty year old Mun, a violinist living in Hong Kong, has been blind since the age of two. After receiving an eye cornea transplant, she starts seeing some bizarre entities that seem to predict violent deaths.

After an incident, she reveals the fact of the visions to her doctor and he, not believing her, suggests a visit to his psychologist nephew, Dr Wah. In the beginning he is also skeptical, but after a while, he decides to escort her to Thailand, where Ling, the donor, used to live. There, they learn that the girl had psychic powers that allowed her to predict deaths.

The biggest asset of The Eye is its technical fluidity. It has masterful direction by the Pang Brothers, good acting, impressive cinematography and editing, an excellent score, and horrifying special effects. This is one truly scary film.

The brothers went on to direct two sequels, while two remakes, one Indian in 2005 and one American in 2008 were also produced. The Eye is a co-production of companies in Singapore and Hong Kong and includes actors from Malay, China, Singapore and Thailand. The lead, Malaysian Angelica Lee, won three different Asian awards for Best Actress and went on marrying one of the directors, Oxide Pang Chun. The film was released in the US and Canada in 2003. 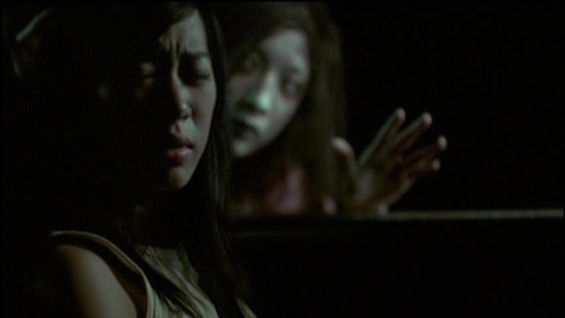 A couple named Tun and Jane accidentally hit a woman on the road when driving home after a party. Amidst their panic, they decide to leave her there. After the incident, Tun, who works as a photographer, begins to discover some strange shadows in his pictures, whereas Jane believes that they are haunted by the ghost of the woman.

When they return to where the accident took place, they discover that they had actually hit a column and there has been no report of a female victim. Meanwhile, a tale from Tun’s past re-surfaces.

The directors create a movie where, humorously, everybody appears to take the existence of ghosts for granted. The element which causes Shutter to differ from the general plethora of horror films is the character of Tun. He is the hero of the movie. He is also the one who persuads his girlfriend to leave the victim and pretends nothing happened. It’s one of the few films where the victim seems to deserve what’s happening to him. .

Shutter excels in the use of sound, one of the most important elements of a horror movie. It was the debut of both filmmakers and was released all over the world. It won some awards in smaller festivals and spawned three remakes, two Indian and one American.

In one of the most notorious scenes in cinematic history, 54 female students jump over the rails of a train station in front of the incoming vehicle and bathesthe terrified onlookers in blood and body parts. This is the first in a series of group suicides taking place all over Japan, which three detectives are attempting to investigate.

Sion Sono creates a harsh critique of contemporary Japanese society. He posits that technological advances and the influence of the media has depleted Japan of social values and standards in favor of the cruel commercialization. The outcome is utterly pessimistic and disturbing. At the same time, through the depiction of violence involving the suicides, he successfully combines crime and horror genres without having to resort to the supernatural.

Suicide Club introduced Sono to the world film scene, establishing him as one of its most promising filmmakers. It was screened in festivals all over the world, gaining status for the aforementioned scene and the controversial main theme. The film spawned a sequel, a novel and a manga.