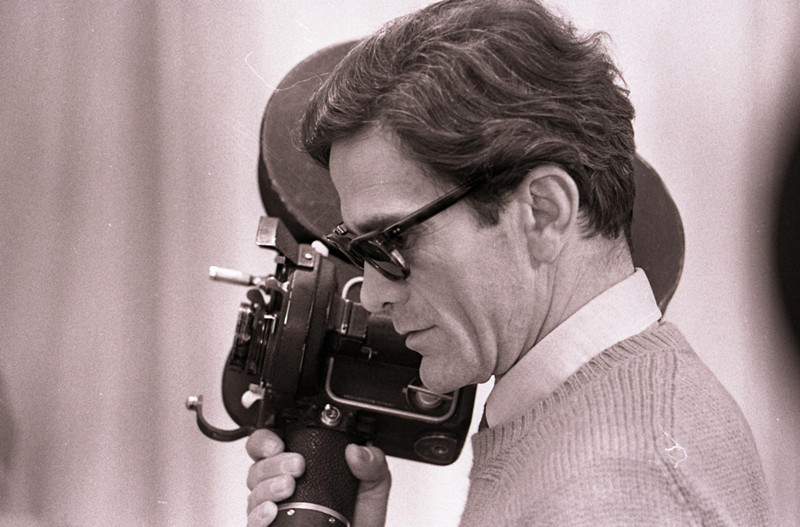 Artists come and go, but when one dies early in his career the questions are inevitable. Questions like, did he reach his potential? What other stuff he would’ve done? Was he destined for success or was he doomed to failure?

Fortunately for fans of cinema, most of the greatest film directors ever have lived for a long time and we have seen their careers flourished through the years. Here is a list of 10 film directors whose untimely and sometimes tragic deaths left us wanting more, a lot more. 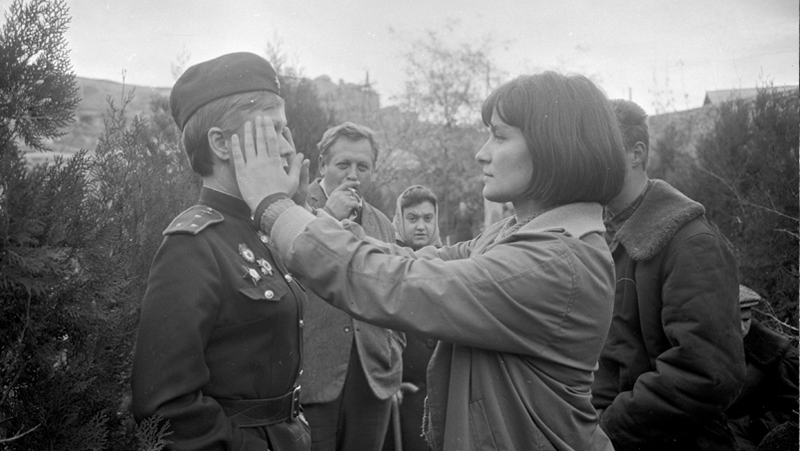 Born in Ukraine, the very talented Larisa Sheptiko is one of the most forgotten directors of all time. Her movies were rarely seen outside of Russia, let alone internationally. In the 50’s, Sheptiko studied film in Moscow and later she studied filmmaking in the State Institute of Cinematography (also known as VGIK). She was part of the Russian “new wave” along with husband Elem Kilmov and acclaimed Russian director Andrei Tarkovsky.

After co-directing her first feature film in school with Kilmov she went on to direct what was called her “first real feature”, a World War II film called “Wings” which gave her much attention in the Russian film industry. Sheptiko then released two more films, “You and I” and the award winning “The Ascent”, which won her the prestigious Golden Bear award at the Berlin International Film Festival of 1977 and garnered her international acclaim.

Tragically, Sheptiko’s career was cut short in 1979 when she died in a car crash while scouting locations for her next project, an unfinished film based on the book Farewell to Matyora, which was finished by Elem Kilmov under the name “Farewell”. 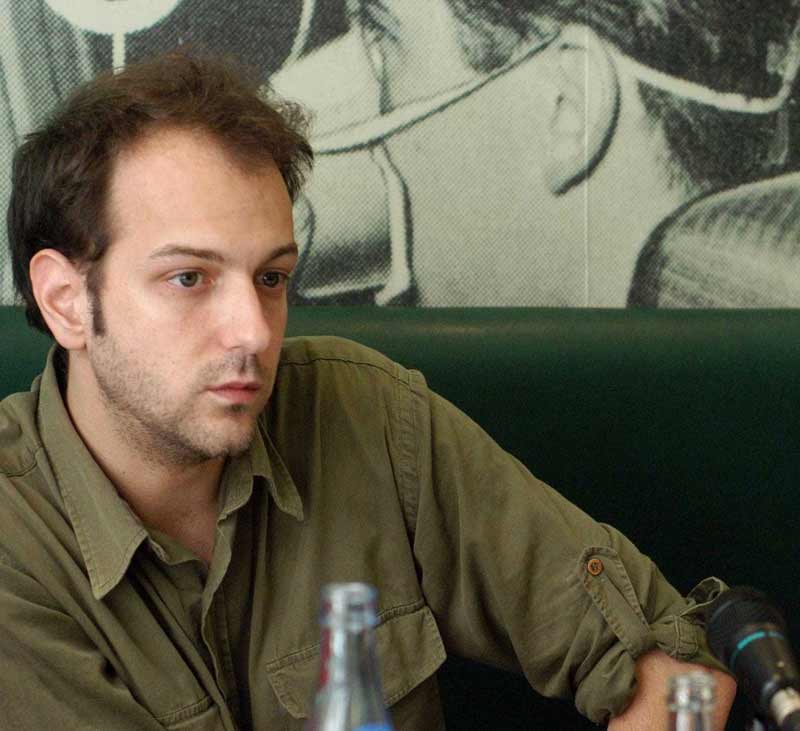 Film director Juan Pablo Rebella was born in Uruguay in 1974; it was there where he studied social communication that he met his film collaborator Pablo Stoll. After working together on short films, in 1999, Rebella and Stoll started working on what was to become their first feature film called “25 Watts”, a black and white film about a group of three youngsters trying to survive in the streets of Montevideo, Uruguay until the next day. After “25 Watts”, came Rebella and Stoll’s second and final collaboration, the acclaimed “Whiskey” which was screened at the 2004 Cannes film festival and won them several awards and recognitions from various international film festivals.

Pablo Stoll and Rebella’s girlfriend at the time found his body in the early morning hours on July 5th, 2006. It was reported that he was in his apartment sitting in a chair, in front of him were three glasses, an empty bottle of whiskey, and a .32 caliber gun was found on the floor. The police report claimed it was death by suicide. 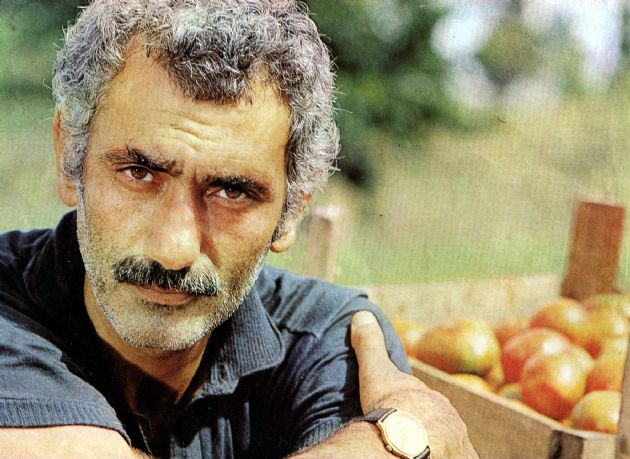 Virtually unknown in the West, Yilmaz Guney is Turkey’s best-known and most controversial figure in its entire cinema. Guney’s films often dealt with the politics and lives of the working class in Turkey, which he was a product of. “The Ugly King” as some called him, Guney gain extreme popularity first as an actor in the 50’s playing rugged and outlaw characters, often drawing inspiration from big time Hollywood actors like James Cagney and Humphrey Bogart.

Guney spend most of his adult life in and out of prison, the majority of the time being incarcerated for political reasons. After being released from prison in 1974 as part of a general amnesty, Guney went on to produce two more films before being convicted and sentenced to 19 years for the killing of a local right-wing judge (Details of the case are still unclear). While serving time, Guney, started writing what was to become one his best works as a screenwriter, “Yol”, about the aftermath of the 1980 Turkish “coup d’état”. The film won the “Palme d’Or” in the Cannes film festival in ’82 and several more international accolades.

Yilmaz Guney died of gastric cancer in France, in 1984. 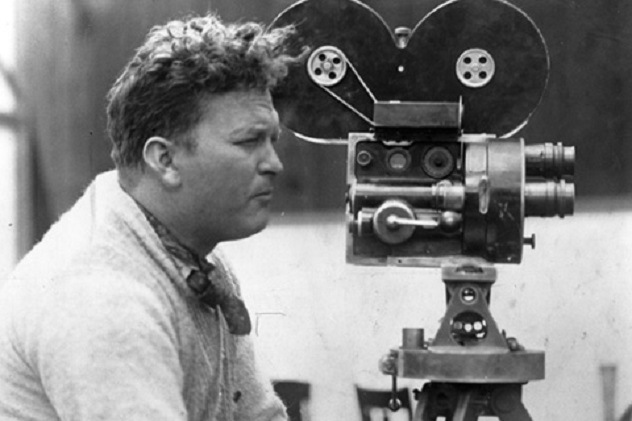 Thomas H. Ince was a giant in the early years of Hollywood. Born in a showbiz family, Ince started doing theater at the tender age of 6, and by his teens he was on his way to Broadway. Starting from the bottom, Ince went from actor, to screenwriter, to directing, producing and even becoming a studio mogul. With more than a hundred directing credits to his name (He also produced more than two hundred shorts and films), Thomas H. Ince’s death and the story behind it always seems to overshadow his prolific career.

It is said that publishing tycoon William Randolph Hearst planned a party for Ince’s 42nd birthday on board Mr. Hearst’s yatch “The Oneida”. The party’s guest list consisted of a plethora of people from the likes of Charlie Chaplin to Louella Parsons, author Elinor Glyn and Hearst famous mistress Marion Davies. What happened next is still a mystery, apparently after the party; Thomas H. Ince had developed digestive problems and got off the boat at the recommendation of Dr. Daniel Carson Goodman who was also a guest at the party. Later dying at his home.

Another theory is that William Randolph Hearst suspected that Marion Davies and Charlie Chaplin were having an affair. According to an eye witness at the party; Hearst found Davies and Chaplin in a compromising situation on the deck below, which resulted in Mr. Hearst pulling a gun out to shoot Chaplin and in the midst of all the chaos ended up shooting Ince instead. 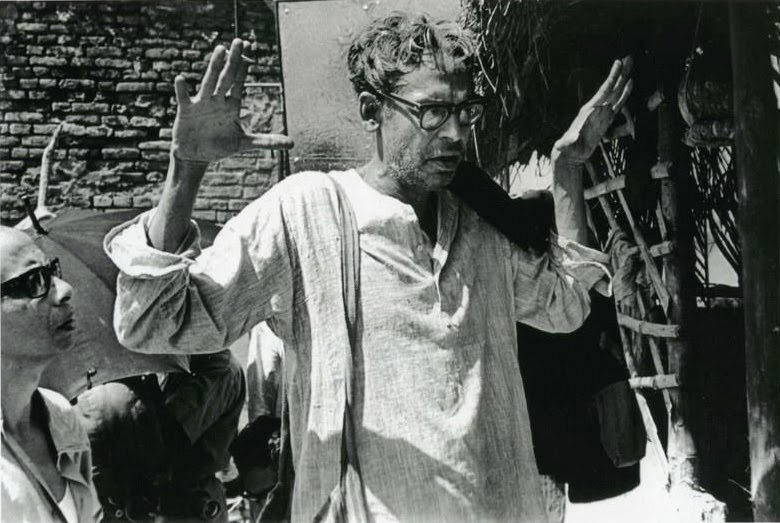 A contemporary of Satyajit Ray and Mrinal Sen, Ritwik Ghatak became an important figure in Bengali cinema in the early 50’s and into the 60’s. After spending his early years in Bangladesh (where Ghatak was born), in 1943 he and his family fled the country due to the infamous famine that occurred during the same year, which is said to have killed over 3 million people.

Ghatak started his career in theater, during that time he acted, wrote and directed several plays before turning his sights into films. In 1950 he worked as an actor and assistant director for Nemai Ghosh’s film Chinnamul (which was the first film which dealt with the partition of India). Several years later he directed his first feature film “Nagarik” (The film wasn’t released until 30 years later). In 1958, Ghatak got his biggest taste of success when he wrote the script for the film “Madhumati”, which got him a nomination for the Filmfare Best Story Award.

Becoming a sort of cult hero, Ritwik Ghatak completed only eight feature films in his short career, all of which dealt with harsh realities in which the people of India and himself were living at the time.

During filming of his last two films, Ghatak’s health was deteriorating really fast, even vomiting on set. He died of tuberculosis complications in February of ’76.