When it comes to the films of David Cronenberg, average movie-goers and critics alike either love him or hate him. There are tons of critics and censors out there that have dismissed Cronenberg’s films as “gross-out” cinema, purely created for shock value. Film critic, Roger Ebert, once referred to one of Cronenberg’s films as “reprehensible trash.” Sure, if one looks at his films on the surface, most can be repulsive, and some just downright disturbing. They are most certainly not suitable for everybody’s palette.

Cronenberg has crafted a vast assortment of films over the past three decades or so. His film catalog spans across most genres; horror, science fiction, drama, even some comedy. Some, if not most of his films are not even classifiable. Here are 10 films crafted by David Cronenberg that every celluloid enthusiast should view at least once in their lifetime. 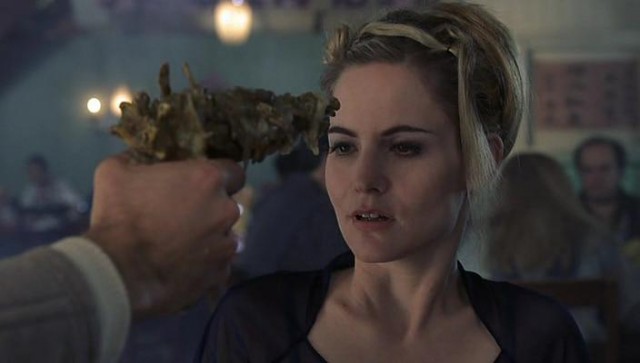 eXistenZ takes gaming to an entirely innovative, virtually grotesque level. This film begs to ask the questions of, “What exactly is our reality?” Personal, spinal “bio-ports” are used for gaming instead of gaming consoles. Lines are blurred between organic and mechanical material. Virtual reality blends seamlessly with the real world. Free will becomes a disorienting illusion. The line between human beings and the technology that they create becomes distorted.

David Cronenberg wrote an extremely clever script for this film. Another perfectly complimentary score by Howard Shore gives the film a haunting yet surreal feel to the film’s structure. The special effects and props created for this film visually give an organic, “fleshy” feel to the cold technology of video gaming.

Video game “pods” resemble exterior organs of the human body. They pulse. They wiggle. They even squeal. Also, Jennifer Jason Leigh is striking in the film as game designer Allegra Geller. She exudes a certain intelligent presence that is perfect for a Cronenberg heroine. 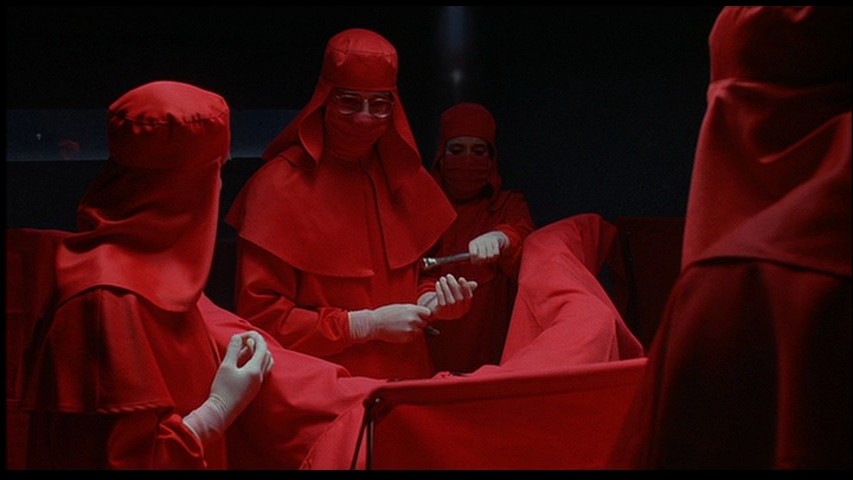 David Cronenberg and gynecology are two things that frighteningly go together all too well. The plot is based around Jeremy Irons two main characters, which he expertly plays. They are identical twin gynecologists, Beverly and Elliot Mantle. Elliot is a womanizer and fraternizes with the brothers’ gynecological clientel, giving Beverly is scraps, so to speak. That is, until Beverly falls in love with one of Elliot’s former conquests.

The usual gore associated with David Cronenberg becomes somewhat yielding in this film. It really didn’t warrant the massive amounts of blood and guts found in most other Cronenberg films. Of course, there are pieces of grotesque found throughout the film. For instance, Beverly has hallucinations of “altered” female reproductive organs after becoming addicted to drugs. 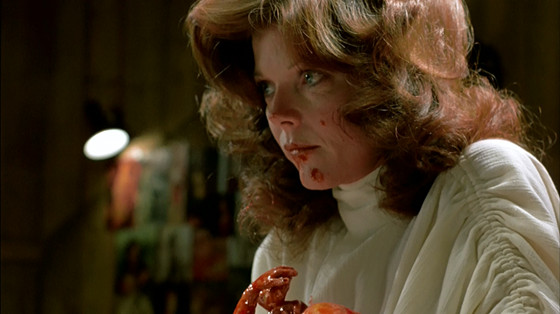 The Brood is hard to explain. It’s almost like David Cronenberg was creating a fictional, parallel world to visually display a metaphor for the misfortune parents experience when they come to the realization that their bad habits and negative qualities are passed down to their children.

Cronenberg takes an issue as finite and harsh as that of a troubled marriage and broken family and creates a film that is upside down and is as disgusting as it is surreal, but to a point. Cronenberg himself was experiencing the demise of his own marriage and a harsh custody battle while he was writing the script for The Brood.

Maybe it was his way of publically debating the effects of psychotherapy, which was popular at the time? Maybe it was made for pure exploitation purposes, which would explain the far-out and extremely grotesque ending? The reasons behind David Cronenberg creating this film have pretty much been unnamed, although he has stated once that he wished for this film to be the “realistic Kramer vs. Kramer.” 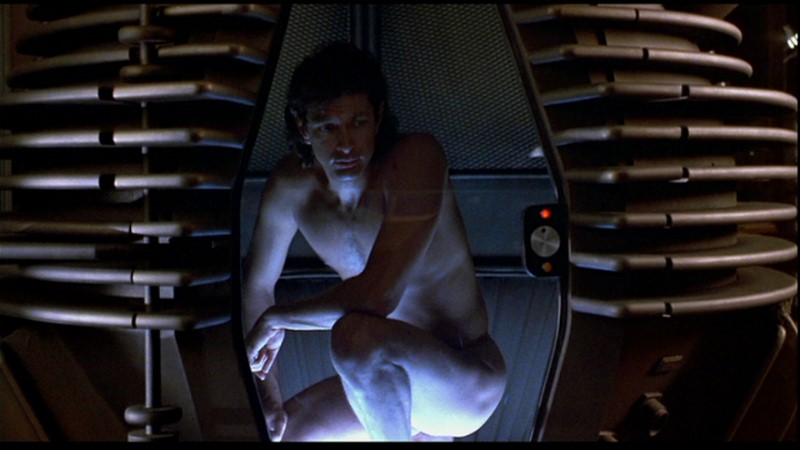 Sometimes, a remake is a good thing. Sometimes, filmmakers can take the premise of a classic film and spin it to where it becomes their own masterful creation. David Cronenberg did just that and more with The Fly. He created such a primal, almost gut-wrenching at times, atmosphere to this film that it evidently bypasses the camp of the original film and cut straight for visceral emotion involved in personal tragedy.

The casting of Jeff Goldblum as scientist Seth Brundle and Geena Davis as reporter Vernoica Quaife was truly ideal for this film as their on-screen chemistry and stellar performances made the film’s tragedy that much more genuine. The raw emotion between the two central characters during the visual undoing and ultimate demise of Seth Brundle is absolutely mesmerizing. It successfully captures the emotional parallels the witnessing of a loved one ailing of a fatal disease.

Ex-porn star Marilyn Chambers stars in this grotesque science fiction/horror film, executively produced by none other than Ivan Reitman. After surgery following a motorcycle accident, she develops a hole underneath her arm which sprouts a stinger that she uses to feed off of other people’s blood. In turn, she infects those people with same rabid bloodlust. It’s like 70s exploitive sex film meets disease meets blood-crazed, sexually-transmitted zombies, STZs, if you will. What’s NOT to love?

While Rabid is not too far from being almost exactly like David Cronenberg’s Shivers, or They Came From Within, it brought to the screen an x-factor. The film’s style, its cool, Canadian charm, and the marginal but effective star power that Marilyn Chambers brought to the screen created a crafted, easy flowing fictional setting. This was missing from Cronenberg’s first attempt at a film of this nature with Shivers. There are also a few good scares to be found.