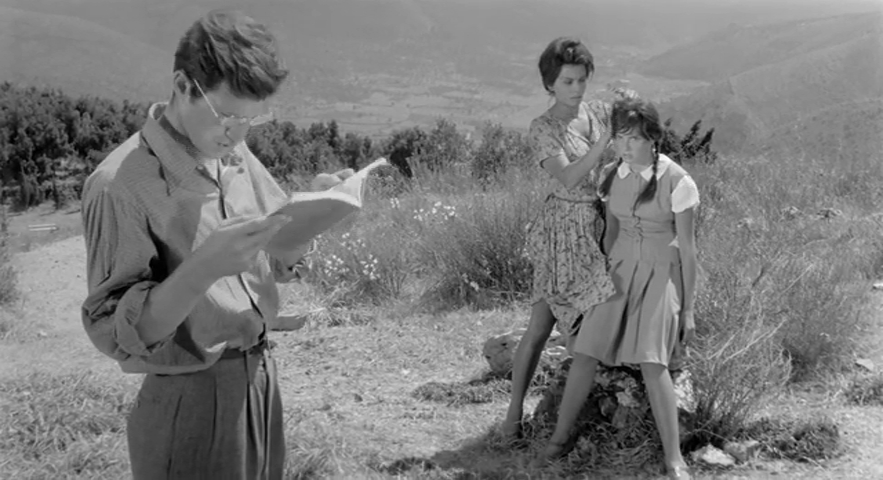 Another movie that brought Belmondo to the international scene is Two Women, directed by the legendary Vittorio De Sica. This Italian Neorealist-esque movie tells the story of, you guessed it, two women. While the performances of these women overshadow Belmonodo’s presence he is still a likeable personality in the movie and plays the intellectually tortured love interest of Cesira (Sophia Loren). This time instead of playing a classy gangster, he is a glasses-wearing communism-loving, intellectual young man that is hungry for affection.

While Belmondo is not given the spotlight in comparison to the two women, he still steals the show. Maybe “Two Women” should’ve been called “One Man.” That one man being Jean-Paul Belmondo. 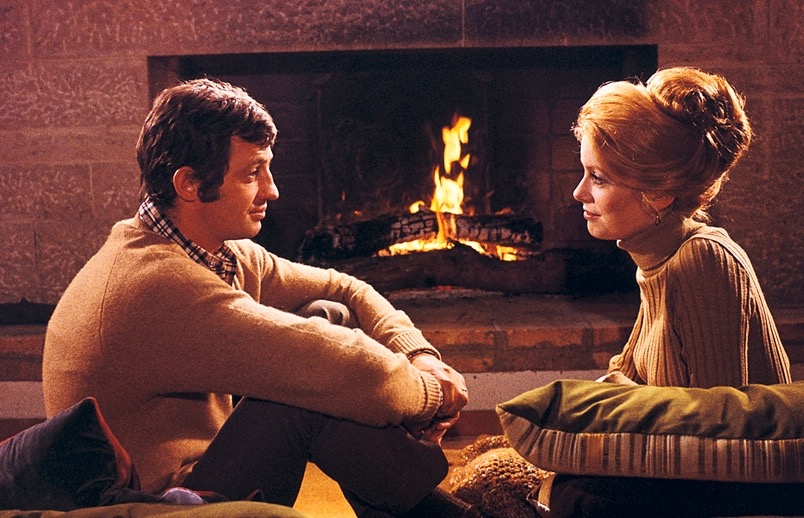 François Truffaut does what he knows best: romance! Catherine Deneuve and Jean-Paul Belmondo star in the ultimate collaboration between European cinema legends that is “MISSISSIPPI MERMAID.” Louis Mahe (Jean-Paul Belmondo), a lovelorn tobacco farmer, orders a mail in bride, Julie Roussel (Catherine Deneuve.) Together they make love and magic on Mahe’s lonely tobacco island. But Roussel turns out to be a gold digger and empties all of Mahe’s big, gold filled pockets. Although his money was taken and his pride insulted, Mahe can not help but to obsess over her.

An electrifying portrait of obsession and greed, “Mississippi Mermaid” is an underrated gem by French master director Francois Truffaut. The highlight and main attraction of the film are most definitely the chemistry between Deneuve and Belmondo; beauty and beast. 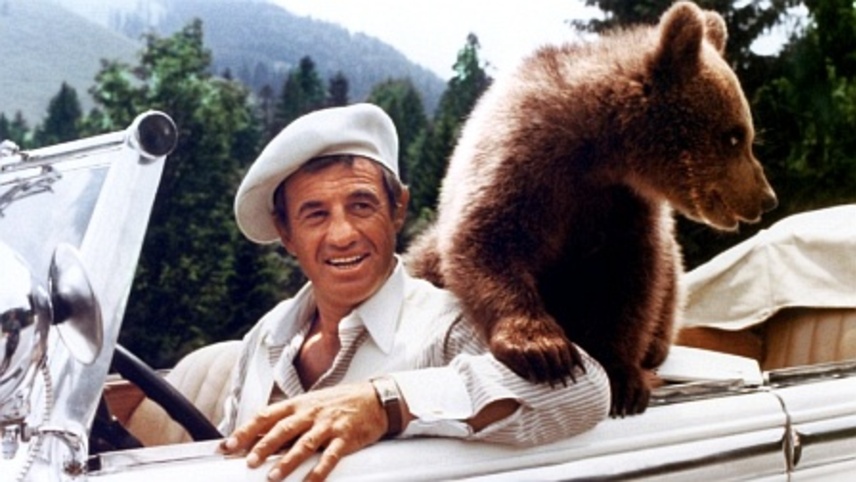 Jean-Paul Belmondo plays a lucky WWI hotshot pilot who leads a boxing team to the Berlin Olympic games. He makes friends with a fan of his, a cute Jewish boy, and decides to rescue him from the Nazis. What results from this is a funny, hilarious, suspenseful movie that must have inspired the likes of “Jojo Rabbit” and “Inglorious Basterds.” Jean-Paul Belmondo’s charisma in this is astounding. 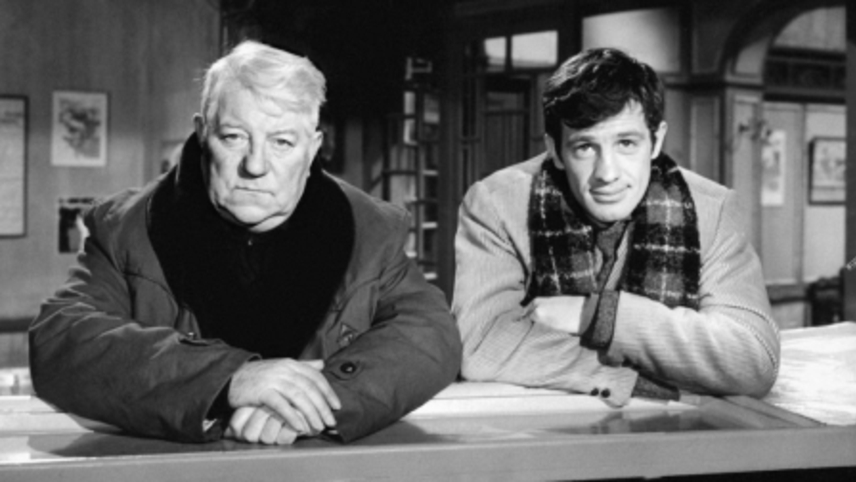 The best movie on alcohol since “The Shining,” “A Monkey in the Winter” tracks a French hotel owner Albert Quentin (Jean Gabin) as he goes sober after his family survives WWII. When he and his family begin to prosper in the cozy town of Normandy, Albert keeps his straight edge life sacred. But his loyalties and temptations are tested when the alcohol loving, devilishly handsome, advertising pro Gabriel Fouquet (Jean-Paul Belmondo) strides into town. Half hangout movies, half addiction public service announcement, “A Monkey in the Winter” is the perfect flick to turn on when you’re craving some liquor in the winter. 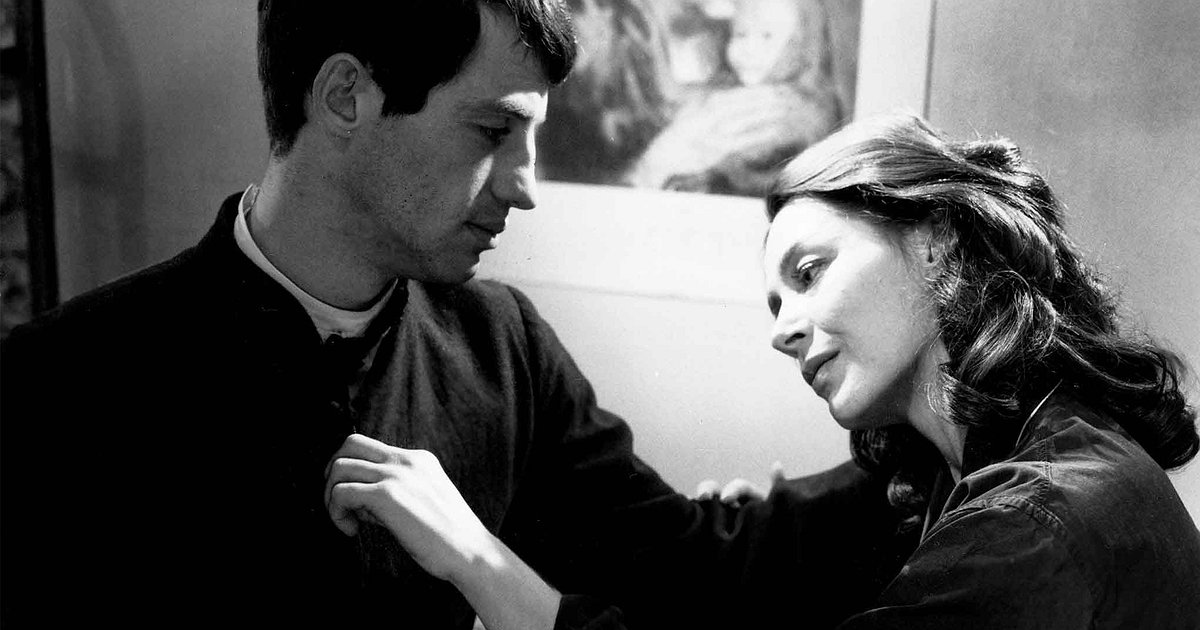 Looky here, a HOT priest who is actually an ugly guy. Jean-Paul Belmondo takes on the role of a celibate priest named Leon Morin in this early Jean Pierre Melville drama. He specializes in the counseling of young women close to his age, and encouraging their conversion to catholicism. We see his conversion ‘techniques’ through the eyes and lust of the protagonist of this film, Barny. Barny is a single mother and longs for the touch of a man… she longs for the bel of mondo. The bel of mondo being Jean-Paul Belmondo’s Big Belmondo.