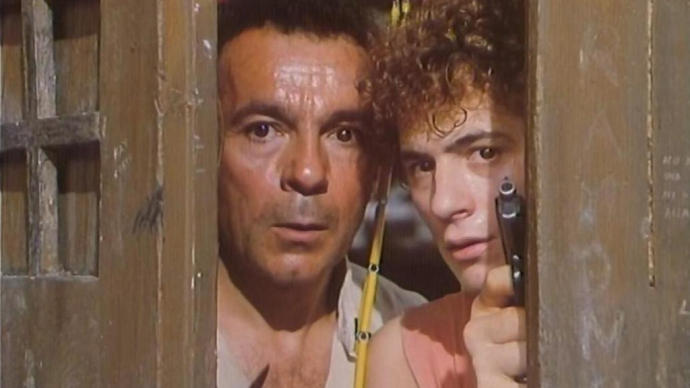 An adaptation of Jose Luis Alonso de Santos’s eponymous play, The Tobacconist in Vallecas (La Estanquera de Vallecas) evokes a theatrical tone with its slapstick comedy, long shots, and framing. Certainly a light film in comparison to the rest on this list, director Eloy de la Iglesia reflects on Spain’s future in a cynical yet warm and hopeful way.

The film is set in Vallecas, a working class neighborhood on the outskirts of Madrid, where two men attempt to rob the well-known tobacconist, Senora Justa. When things don’t go to plan, as the two are not skilled criminals, but in dire enough straits to resort to stealing, the neighborhood revolts against them, militant to protect the tobacconist and her niece. Suddenly a hostage situation, the four are trapped in the tobacco shop, while outside, the neighborhood runs wild with politicians, cops, and the community.

A master of diegesis, De la Iglesia demonstrates the absurdity of the spectacle produced by the awkward police who claim to be controlling the situation, the protagonists who act proud when filmed by news teams but cower at the threat of arrest, and politicians who claim to change the crime in the neighborhood, but contribute to the very crime that poisons it.

As chaotic and backwards as it all may seem, De la Iglesia leaves audiences with a hopeful message in his final Quinqui film, finding the answer not in the promises of politicians or police, but in working class neighborhood communities.

An interesting mixture of narrative and documentary as Juan José Moreno Cuenca, also known as El Vaquilla (The Heifer in english) recounts his life of crime. Still in jail when it was filmed, the then twenty three year old Cuenca narrates his childhood, when he began a career of robbing houses at the tender age of nine years old and upgrading to stealing cars and petty theft before even turning thirteen, almost always escaping the police.

Told in a series of flashbacks, De la Loma and his son, Jose Antonio de la Loma Jr. convey the absurdity of a hypervigilant, racist police, who treat children like hard criminals, often referring to them as animals, hitting them, starving them, and documenting them diligently despite their being minors.

Similar to the characters in Street Fighters, the Heifer dedicates himself to freedom, living the life he wants and getting it, even if that means escaping prison, as he had multiple times. Me, The Heifer (Yo, El Vaquilla in Spanish), however, pulls back a bit more than Street Fighters to reveal white Spaniards in the narrative, and the same desire for freedom but the hesitation to take it the way the Romani did, and even the resentment of the Romani for espousing that freedom. 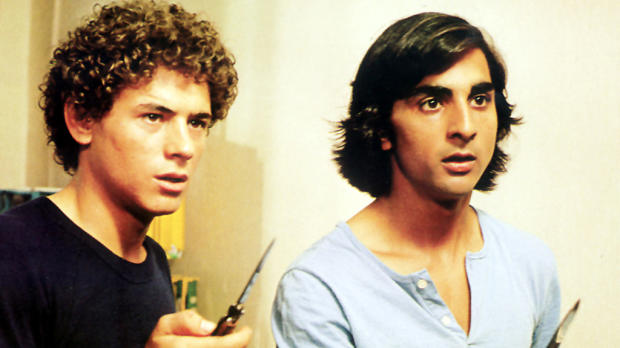 Pals (Colegas in Spanish) focuses on two best friends, Jose and Antonio, whose desperation for money in a time of economic crisis magnifies when Jose gets Antonio’s sister, Rosario, pregnant. With no skills or specializations, the boys attempt to do sex work, sell drugs, and commit robberies. Just as the actors themselves are inexperienced and it shows, the characters themselves struggle to be criminals. Awkward and painfully innocent, De la Iglesia captures the turning point in many people’s lives during Spain’s economic crisis; people who did not want to be criminals, but were offered no other choice to make ends meet.

Similar to De la Iglesia’s later work, like The Tobacconist in Vallecas, Pals explores communal and familial dynamics, demonstrating the intimacies of siblings and friendships in their spaces. While some examples are more disgusting than others, like Jose’s brothers masturbating in their respective sides of the same bunk bed and sharing the same rag to clean up, other scenes like Rosario and Antonio laying in bed and talking about the uncertain future suggests the same comraderie shared among the youth during the Transition. De la Iglesia also makes interesting juxtapositions with the same architecture that prohibits connection, namely in one scene where the couple look at each other from opposite windows of the same building, close enough to talk, but staring in silence.

Pals also features Antonio Flores and Rosario Flores, famous siblings for their musical careers in Flamenco, including Antonio’s songs throughout the film. 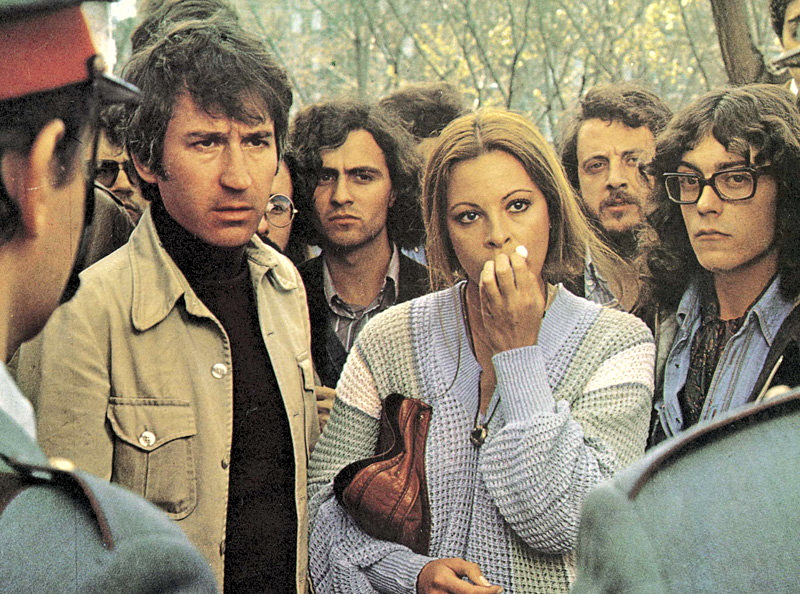 Eloy de la Iglesia, boldly out of the closet during a dangerous time to do so, reveals the tragic, tangled life of a closeted left-wing politician, Roberto Obrea, in his film Confessions of a Congresman (El Diputado in Spanish). Obrea, due to his very public position, is forced to keep his sexuality a secret so he doesn’t risk the fate of the entire party, bringing him to a catch-22 that he is less than enthusiastic to solve. However, when he meets Juanito, the embodiment of classical beauty from his blonde hair to his full lips, accompanied by light harp music wherever he goes, Orbea begins to question the meaning of his life if it’s not lived freely.

Like Overdose, De la Iglesia uses the motif of water, but in a much more subtle way. For example, in the scene where Orbrea and Juanito express their love for the other, they face a window, the rain reflecting on their faces, but not getting them wet. The water, symbolic of queerness, inspiration, and freedom, never touches Orbrea directly until the very end of the film, when a single tear rolls down his face as he sits behind the communist flags, singing chants at a rally, alone.

Coupled with Hidden Pleasures, a film he co-wrote and directed two years earlier, De la Iglesia looks at the Transition through a queer lens, comparing the predicament of being trapped in the closet to the shared oppression under the Francoist regime. 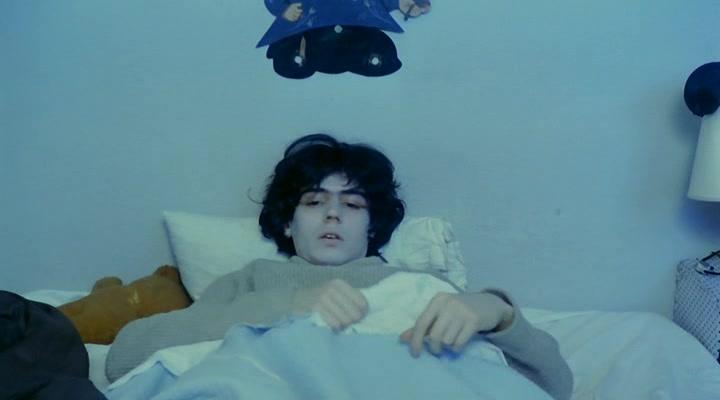 Like Almodovar, Ivan Zulueta is more involved with the Movida Madrileña genre than Cine Quinqui, but his masterpiece, Rapture (Arrebato in Spanish), exudes the Quinqui lifestyle with its graphic heroin use and politics of freedom. The film follows Jose, a film editor who’s not satisfied with his work, considering it dull and forced. Watching the same clip of a vampire rise from a coffin, he scoffs at how safe, even censored it is.

When he meets Pedro, his ex-girlfriend’s cousin, who makes incredibly bizarre, experimental films in comparison, Jose becomes enthralled by him and his eye for beauty, different from what he’s seen in the past. In a wonderfully reflexive, pro-filmic homage to cinema, specifically to the art of film editing, Zulueta suggests the practice of experimental filmmaking is a form of escape itself, similar to heroin’s release.

As the film goes on, Jose becomes less interested in structure and tradition, which Zulueta conveys with Jose’s disinterest in sex with women. Finally exhibiting withdrawal symptoms, donning dark sunglasses indoors, Jose rejects the real world to integrate himself into the pro-filmic.