We again go to a film from one of the three Sergios, this time the brilliant Sergio Corbucci. Corbucci is probably best known for his film Django, but besides this he made the arguably better film The Great Silence starring Klaus Kinski, and of course plenty more amazing westerns including The Mercenary and Compañeros. Navajo Joe is somewhat of a lesser known of his westerns, but it has no right to be left behind.

With a great antagonist role for the legend Aldo Sambrell, a score from the one and only Ennio Morricone, and a killer theme song that will guaranteed be stuck in your head for days, Navajo Joe is as good as any of Corbucci’s westerns. The one thing that’s questionable is the starring role for Burt Reynolds as a native American Navajo tribe (Reynolds has heritage in the native American Cherokee tribe himself). Reynolds got onto the project through a misunderstanding, so he wasn’t keen on playing the part and with it came that he didn’t get along with Corbucci, so it doesn’t make for the best on-screen chemistry, although it’s nothing too bad.

Reynolds plays the titular character of Navajo Joe, whose tribe has been massacred and scalped by the gang of Vee Duncan (Aldo Sambrell), who sells the scalps for a dollar each. As the sole survivor, Joe is of course out for revenge so he’ll do anything to track down Duncan and his gang to get it. While Duncan and his gang are long onto their next scheme for money, already forgotten about the tribe, Joe slowly closes in on them, thirsty for blood. 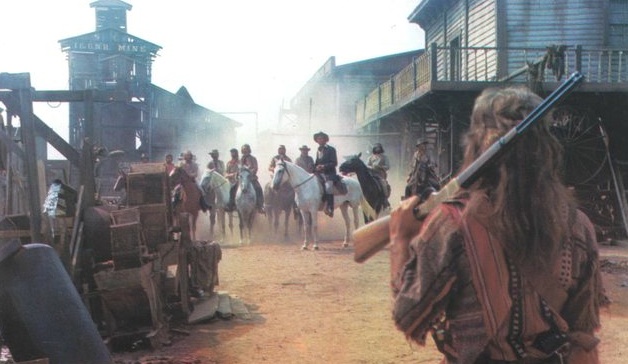 Yet another story centering a native-American, this time around starring the great Franco Nero as half-breed Keoma. After serving in the Civil War, Keome returns to his hometown only to find out it’s now under the control of a gang led by a vicious man named Caldwell. Meeting his father and his friend George (Woody Strode), he learns of the horrors Caldwell’s gang puts the town folk through and worst of all, he learns his three half-brothers have joined the gang and they aren’t keen on Keoma’s return.

Keoma is a clear example of the new wave of Spaghetti Westerns, most notably through its theme including the fight against racism. Keoma’s best friend George, played by the amazing Woody Strode, is an ex-slave now a free man and the common enemy is the gang of racist confederates. Director Enzo G. Castellari seems to make this a theme in his films, if you consider his most popular work is the original ‘The Inglorious Bastards.’ Another tell of it being part of the new wave is the cinematic techniques Castellari incorporated in the film, most notably the slow-motion shots, which make for some great action sequences.

With already a lot to love thanks to this new take on Spaghetti Westerns, it’s a treat that with it we get Franco Nero in the mix in one of his best roles to date. To top it off, we don’t have a Morricone soundtrack, but a unique and most welcome vocal soundtrack, that also adds to the, for its time, modern approach that the film takes. 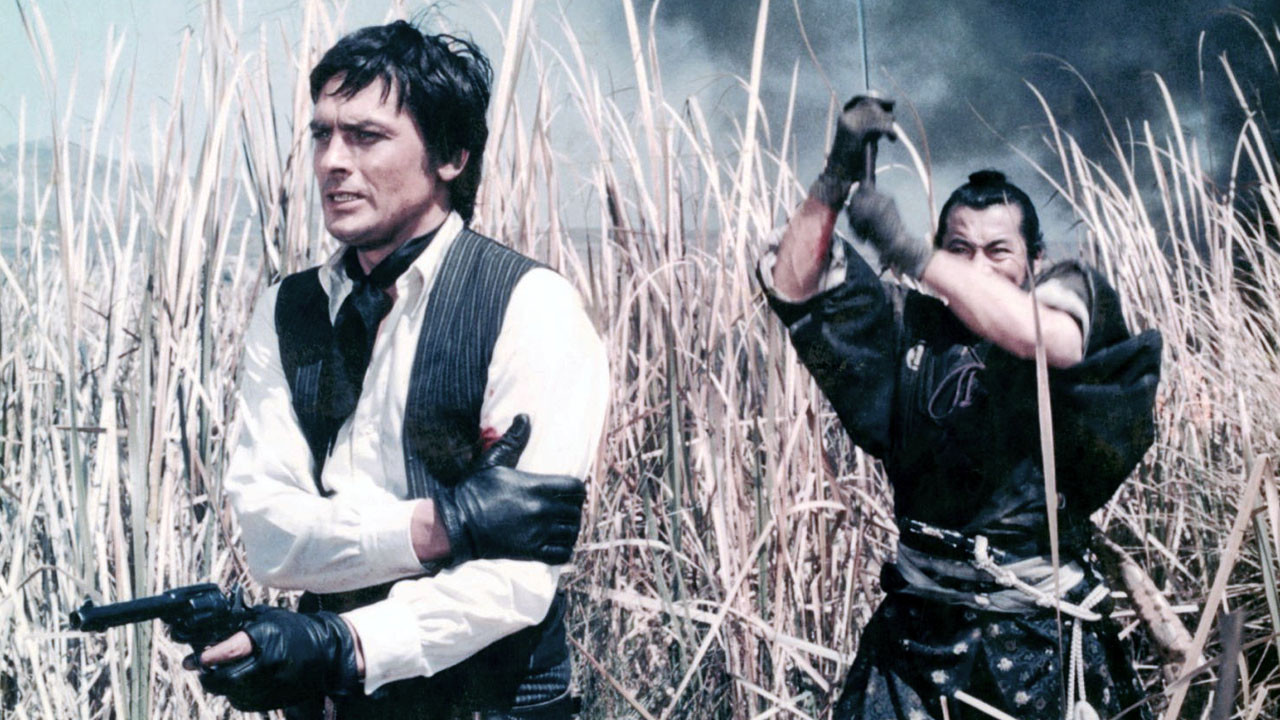 It’s baffling that a film like Red Sun had to end up on this list, since it has all the ingredient to make a classic. Maybe it was a little too ahead of its time when it decided to blend some of cinema’s biggest stars around the world. Terence Young gets together his James Bond collaborator Ursula Andress, American Spaghetti Western star Charles Bronson, and French powerhouse Alain Delon. But if that wouldn’t be enough, he also gets a hold of two Japanese stars in Hiroshi Tanaka and probably most notably Toshiro Mifune.

All these stars come together in the midst of a train robbery. The Japanese ambassador travels through the wild west by train, carrying a Japanese sword as a present for the US president. When the train gets hold up by a gang of outlaws that want to rob the train’s gold shipment, the sword gets stolen as well. The bodyguard of the ambassador will now have to retrieve the stolen sword. He doesn’t do this alone, as he gets unwanted help from one of the gang’s leaders who was betrayed and left behind by his friends.

Jackie Chan is supposedly a fan of Red Sun, since he copied much of the film in Shanghai Noon, so if you’re curious to see the original source material, do give Red Sun a watch. And talking about Jackie Chan, we can’t help but give a shout out to Sammo Hung’s western Millionaires’ Express.

Another Zapata western that would be a sin to exclude. During the Mexican revolution, bandit El Chucho is gathering, or stealing, arms and ammunition from all the places his gang passes. This in support of the revolutionary leader Elías, who is growing an army to overthrow the government. When Chucho attacks a government supply train, he gets the unexpected help from American gringo Bill Tate. Tate decides to ride with the gang and soon becomes friends with Chuco. Over time Tate proves himself to be an indispensable asset to the gang, but little do they know he has a double agenda.

We’ve already seen that Italian Westerns attract more than just Italian stars and A Bullet for the General proves this again as German legend Klaus Kinski makes an appearance. Kinski together with Lou Castel and established western stars Gian Maria Volontè and Aldo Sambrell who we both discussed already, makes this for another film packed with acting talent. We’ve also got some more writing talent, which seems a recurring theme in these westerns as well, with Franco Solinas (The Battle of Algiers, State of Siege) being a co-writer. This might even be the best written film on this list, so it’s due for some more recognition.

What better way to end this list than including another Lee van Cleef flick? This time not as the hero, but as the mentor for the younger gunslinger Scott (Giuliano Gemma). In the town of Clifton, a young outcast and orphan, Scott, does all the dirty work. From cleaning the saloon to sweeping the streets. When one day Frank Talby (van Cleef) rides into town and by chance gets to show off his skills as a gunslinger, Scott is eager to become his student. Little by little Scott comes to learn more about the art of gunfighting and maybe he even raises above the skills of his master. During his time with Talby, Scott not only learns to handle a gun, but slowly he comes to learn more about his own past.

With again a screenplay co-written by Ernest Gastaldi, Day of Anger is assured to be another plot-driven western. It’s a film that relies on character-building more than on the shooting action that you would expect from a film about a gunslinger, but the character-driven plot is what makes this one special. Van Cleef and Gemma play off each other perfectly and throughout the plot you come to love them both. To top it all off, Day of Anger has the lovely music of another master composer in Riz Ortolani, so surely there’s a lot to love here.