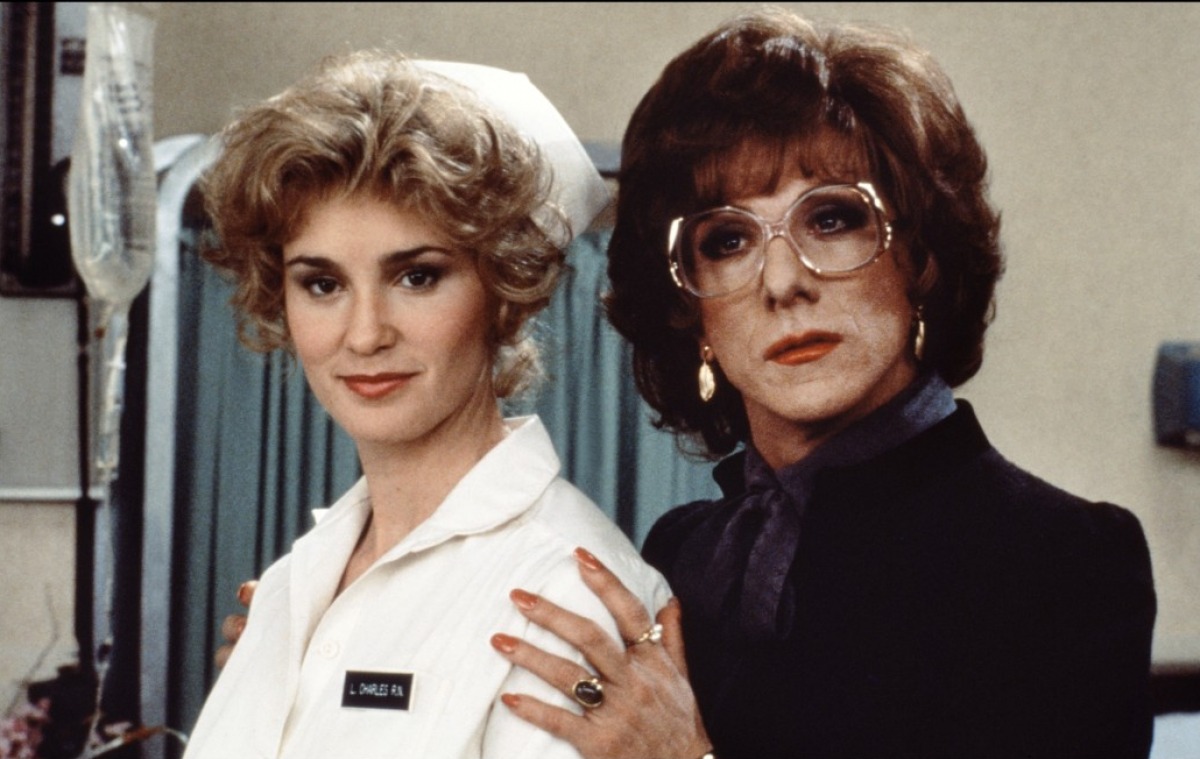 Dustin Hoffman had an incredible run of success all throughout the 1970s. Carving out meaty roles in pivotal films such as Lenny, All the President’s Men, Marathon Man and Kramer vs Kramer. So it is all the more surprising that he took on the role of struggling actor Michael Dorsey who resorts to inventing a female alter ego to land a successful role on television.

Hoffman plays dual roles, both with supreme earnestness and conviction, while cleverly walking the line between endearing and obnoxious. The jokes and gags the film uses are soft, subtle jabs at Hollywood and sexism and the film wisely never really tries to become any kind of biting satire. It instead is perfectly happy to exist as a clever and sweetly intended mixture of farce and social commentary, with Hoffman reacting to everything with a straight face and generously allowing the rest of the cast to heighten everything around him with sparkling, witty dialogue. It’s a clever performance in a high concept idea that could have easily been a disaster in the wrong actor’s hands. Instead, it’s a comedy classic. 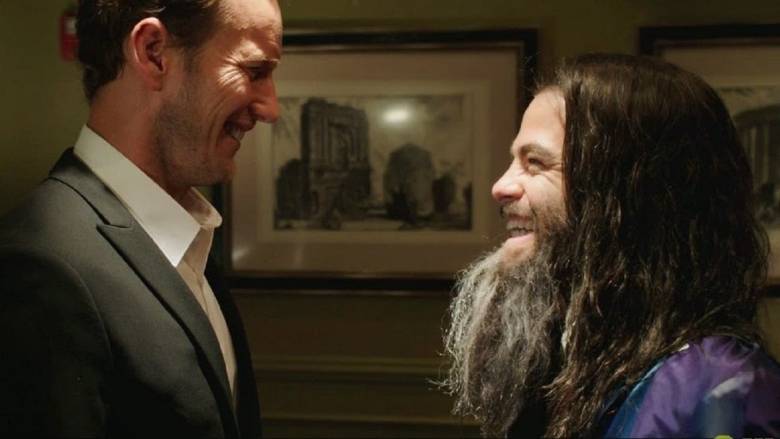 The twenty tens were extremely kind to Chris Pine on the acting front, seeing him achieve critical acclaim and box office success for his roles in the modern Star Trek films, Unstoppable with Denzel Washington, and as Steve Trevor in 2017’s Wonder Woman, cementing his status as a Hollywood leading man. But nestled in amongst his starring turns is a completely out of character role as eccentric millionaire madman Roger Karos in the 2014 action/comedy Stretch.

Uncredited and nearly unrecognizable as a drugged out of his mind, sociopathic billionaire, Pine plays his part like a truly evil masochist. Happy to coax his limo driver into absurd and dangerous situations just for the thrill of it and salivating as he is able to keep him under his thumb for the right price. Pine’s character is intentionally scuzzy, gross and unlikeable in every conceivable way. But his devil’s advocate antagonist character really is what makes Patrick Wilson’s Stretch seem so likeable in comparison. Definitely darkly themed and not for everybody, Stretch nonetheless shows off just how funny Pine can be any time he wants to be.

Ralph Fiennes is an actor’s actor. A highly respected, true professional known for heart-wrenching dramatic turns in Schindler’s List and the English Patient early in his career, and later as evil incarnate Lord Voldemort from the Harry Potter franchise. So consider his light-hearted turn as Gustave H, the famed concierge of a prestigious mountainside resort in Wes Anderson’s The Grand Budapest Hotel as a wonderful unexpected treat. Because of his malleable wit and his copious amount of talent, Fiennes turned in a warm and layered performance that carried the entire film.

Mixing an amazing blend of an egotistical loudmouth and a coward who rises to the challenge when needed, it was a wonderful turn by Fiennes, even if it was a little strange for us to see him getting to crack a smile for a change. 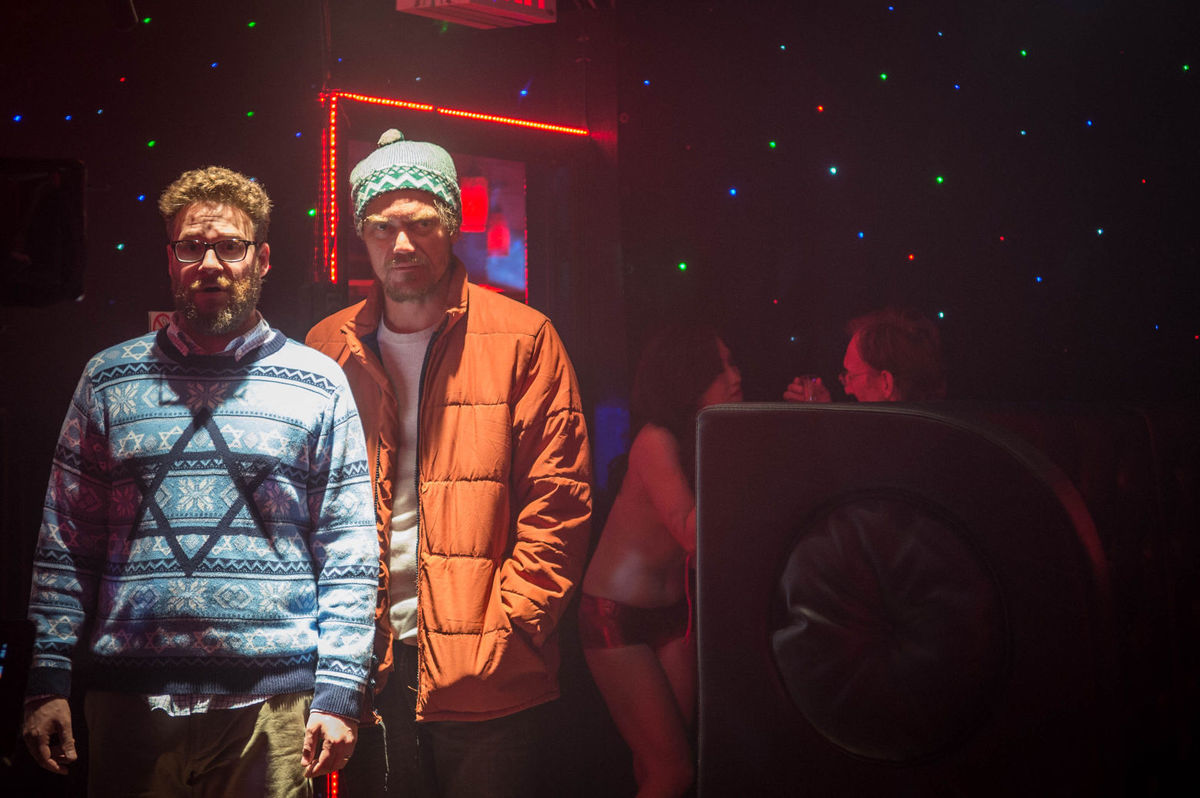 Michael Shannon is as intense as they come. Wheather he is playing a cold-blooded gangster, a ruthless killer, a demented sociopath or a hard-nosed detective, he always brings a feeling of legitimacy to any character he inhabits. Here in The Night Before, Shannon gets to play around with his persona a bit. Showing an extremely dry wit with a playful twist on his stern image as pot dealer Mr. Green.

Shannon plays the role as a mixture between soothsayer and hallucination, riffing on his usual fervor with deadpan comedy as co-leads Seth Rogen, Joseph Gordon-Levitt and Anthony Mackie emphasize his subtleties with their own bug-eyed confusion to basically everything he says. It’s always fun to see someone so serious give a tongue in cheek performance, and Shannon is excellent at it here. 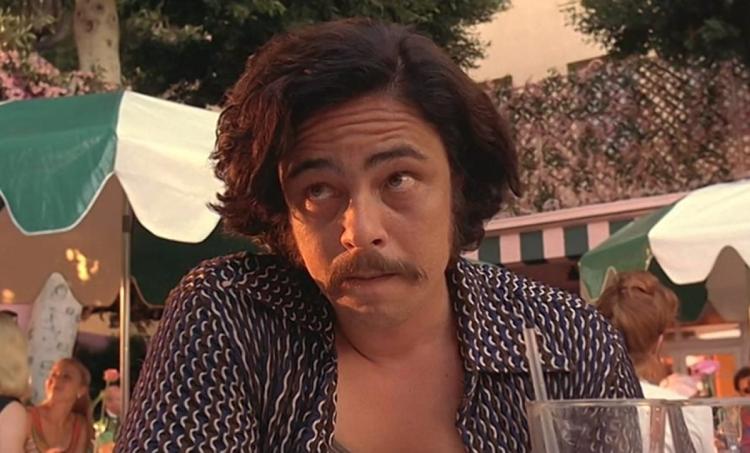 A few years after his breakout role in the crime thriller The Usual Suspects and a few years before he’d achieve critical acclaim for his role in Steven Soderbergh’s Traffic, Benicio Del Toro took on the unenviable task of portraying Dr. Gonzo in the drug and alcohol fueled cult classic Fear and Loathing in Las Vegas alongside Johnny Depp as famed author Hunter S. Thompson. The film attempted to translate Thompson’s hallucinogenic novel of the same name as faithfully as possible, resulting in scenes that range from disgusting to nonsensical to hysterical.

Del Toro leaned heavily into the role, purposely gaining 45 pounds and inadvertently convincing several higher-ups in Hollywood that he was genuinely struggling with a drug and alcohol problem. Which the actor later said he considered a compliment on his performance. Del Toro’s willingness to commit so fully to the outlandish and cartoonish role is what has helped cement Fear and Loathing as one of the more memorable cult classics of our time.