5. Portrait of a Lady on Fire

In “Portrait of a Lady on Fire,” which won the Queer Palm and Best Screenplay at Cannes, Celine Sciamma creates a gorgeous world where it’s hard to believe its perfection.

“Portrait of a Lady on Fire” follows a passionate love affair between a painter and her model in the 18th century. The painter Marianne is commissioned to paint a portrait of the young Héloïse, who has just left the convent and is about to get married. But Marianne must draw this portrait unaware of Héloïse. To avoid this restriction, Marianne first observes the reluctant bride-to-be Héloïse, then gets close to her.

Its cinematic power is at the top of the last decade. Fire is an important character that increases the intensity in each scene. It also masterfully uses the elements of time and places. The meanings a cliff symbolize the waves, and the eternity of painting serves to reflect the inner world of characters. The pleasure of looking and the simple nuances, which seem insignificant, strengthen the story perfectly.

Sciamma creates very sensual, intimate, and passionate scenes through completely avoiding unnecessary dialogue and without the need to commodify the female body. Combining the power of her characters with the unique atmosphere that can only be revealed through elements of cinema, she creates a modern masterpiece.

“Us” has a fairly layered structure. Jordan Peele, who won great acclaim with “Get Out,” manages to create a unique atmosphere, although the film has difficulties in carrying its references and its message density from time to time.

The Wilson family takes a vacation to Santa Cruz, California, with a plan to spend time with their friends and escape their busy lives. After moving home from the beach, they see a family in the garden of the house. Once they realize that this family looks just like them, a life-and-death race begins.

Bringing criticism to the repressed dark side of the American people through concepts such as class conflict and self-problems, “Us” manages to maintain the tension and curiosity by slowly explaining the small surprises.

Thanks to its splendid finale, the flawless performance from Lupita Nyong’o, its uncanny aura and political depth, “Us” deserves to be rewatched. 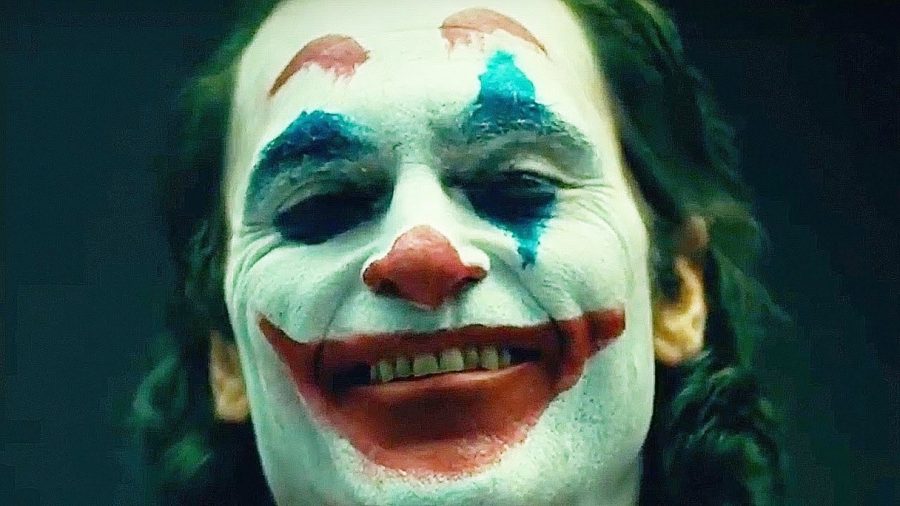 “Joker” has been one of the most talked about films of the year since it was shown at the Venice Film Festival and won the Golden Lion. Todd Phillips, known for his “Hangover” trilogy, makes an unexpectedly dark, visually imposing film with art design that is nearly flawless.

Arthur Fleck, a failed comedian in Gotham City, is a grown-up clown without a father. Arthur, who has always been ostracized and bullied, inevitably begins to become his alter ego – the Joker, who is a frustrated killer.

“Joker” makes important references both in the visual world and in its narrative to films such as “Taxi Driver,” “The King of Comedy,” “Dog Day Afternoon” and “Network,” which are the building blocks of the American cinema of the 1970s.

Describing a dark Gotham atmosphere in which the public’s hope and trust to the system, justice, and the rich people are completely lost, “Joker” caused many debates with its structure and screenplay. And it will probably be a pioneering film to tell more brave and distinctive stories and change the superhero genre.

“Joker” is one of the best films of the year with its provocative aura, the impeccable performance from Joaquin Phoenix, and its visual codes that skillfully support the narrative.

In “Uncut Gems,” the Safdie brothers force the audience into a breathtaking and unstable bustle where the tension constantly escalates.

We follow New York’s charismatic jeweler Howard Ratner (Adam Sandler), who is incessantly pursuing earnings. With a series of high-stakes bets that will bring him great money, Howard manages both his business, his family, and all of his rivals to secure the biggest win of his life.

The Safdie brothers create a quite uncanny atmosphere as they did in their previous films “Heaven Knows What” and “Good Time.” It leaves no choice to the audience but to watch this stunning roller-coaster in Howard’s deranged mood.

While the Safdie brothers draw a dark and brutal portrait of New York, they also follow their character who constantly struggles with addiction, anxiety, obsession, and ambition without judgment. And this cleverly serves the story to maintain its frankness.

South Korean filmmaker Bong Joon-Ho, who stands out with his original films that surpass the patterns of genre cinema such as “Memories of Murder” and “The Host,” tells a highly layered and incredibly enjoyable story through the class conflict that he always deals with.

The unemployed but resourceful members of the Kim family infiltrate into the wealthy Park family’s house, one by one, as an English teacher, painting teacher, and maid. But no matter how skillful they are in forgery, there is something they cannot hide.

“Parasite,” inspired by a rich house where Bong worked as a tutor to earn money in his youth, gathers people in two extreme social classes into a modern house and feeds on the tension of this gap.

Returning from Cannes with the Palme d’Or, “Parasite” offers a critical and original look at the relationship between South Korea and Western culture, while avoiding being didactic and turning into a fabulous drama without a “bad guy.”

It surprises the audience by removing the mainstream code cliches. It does not lose its rhythm for a moment thanks to its subtle editing. In the natural flow of its genius narrative, without the need for forced scenes, it becomes the most joyful ride of 2019.