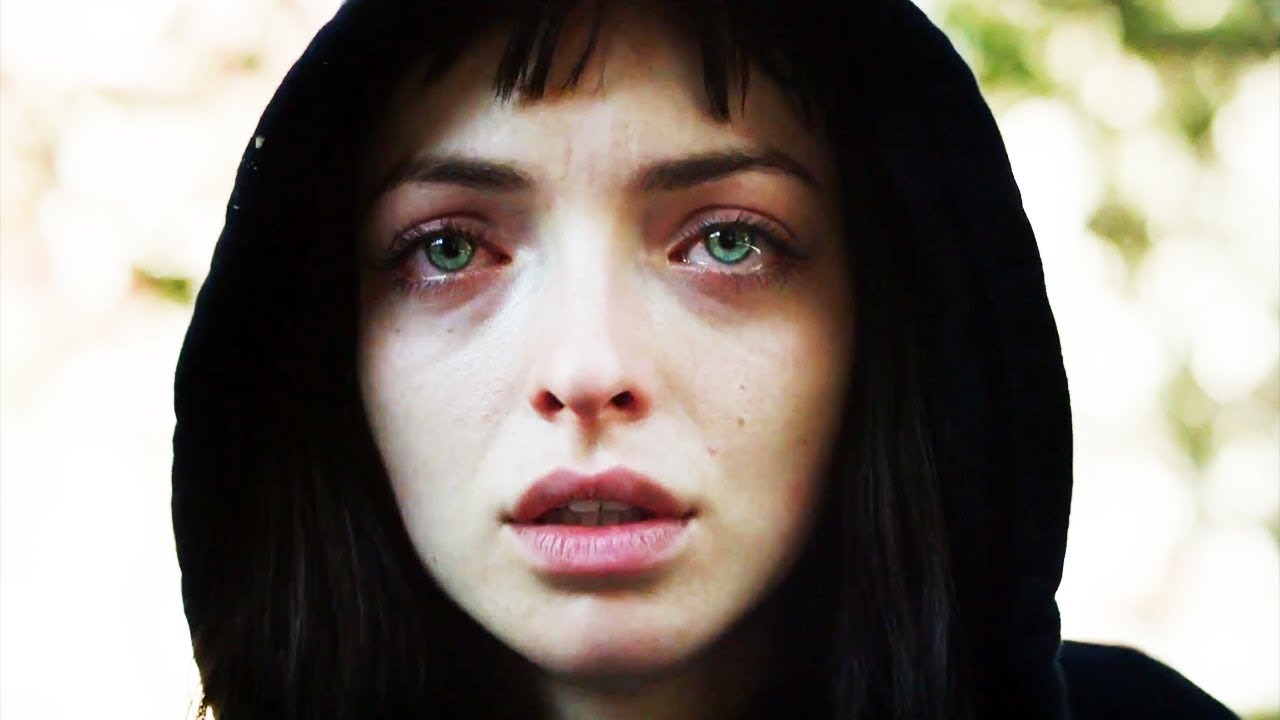 Noelle, played by Francesca Eastwood, is a fine arts student, struggling to find inspiration. One night during a party she gets raped by a classmate. The following day she tries to seek help and consults with other women, but to her surprise it feels like the horrible crime is a common one that can’t be stopped from happening. When she confronts her rapist, she accidently ends up killing him. It inspires not only her artistic expression, but also her revenge spree that comes next.

With M.F.A. director Natalia Leite succeeds in conveying an important message. By recreating famous rape cases that actually happened, the film brings attention back to the real world and criticizes the way these situations are handled. The film does a great job in talking about what’s regarded as an uncomfortable subject. Besides the important message it succeeds in being a thrilling story that keeps holding your attention. 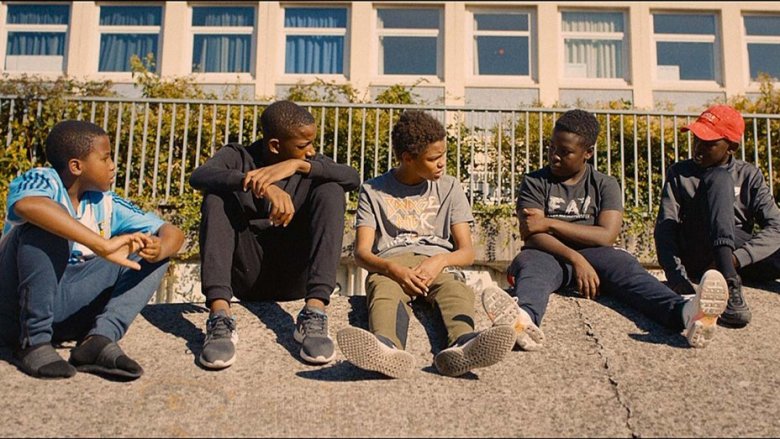 Les Misérables is the feature length debut of director Ladj Ly, based on his short of the same name. The title is a reference to the French novel of Victor Hugo. The movie gained positive critical response and even got nominated for the Best International Feature Oscar, though it got overshadowed by the Korean competition.

The story follows a cop on his first day in the anti-crime squad of Montfermeil, Paris. He and two colleges drive around the neighborhood, revealing a violent world filled with poverty and clashing of different groups of people. When the arrest of a kid turns violent, the cops must deal with the aftermath while trying to contain the last bit of peace in the neighborhood.

The movie is a gripping portrayal of injustice and a society on the brink of collapsing, reminding of La Haine. It deals with relevant themes and succeeds to depict these themes in the movie well enough to make your blood boil.

The story follows a young woman played by Claire Foy, which tries to seek help for her traumas caused by her experiences with a stalker. While seeking help she involuntarily ends up in a mental institution, which is out for scamming her insurance company. In the mental institution her sanity is put to the test and she comes to wonder if she really might be crazy.

Director Steven Soderbergh is one of the most unique voices working in Hollywood. Recently his movie Contagion came to attention due to well-known events. Contagion is a unique watching experience and that’s not rare for Soderbergh, since he is always looking to innovate with his movies. He keeps trying out new experimental filming methods, which always make for something special.

With Unsane he again dives into an unconventional way of filmmaking by filming the entire movie on iPhones. This decision could have been a wrong choice for any other story, but in Unsane it works perfectly. The style of filming is really claustrophobic and stress-inducing, putting the viewer in the shoes of Sawyer. It’s genius how the film-making technique adds to the thrilling aspect of the movie. 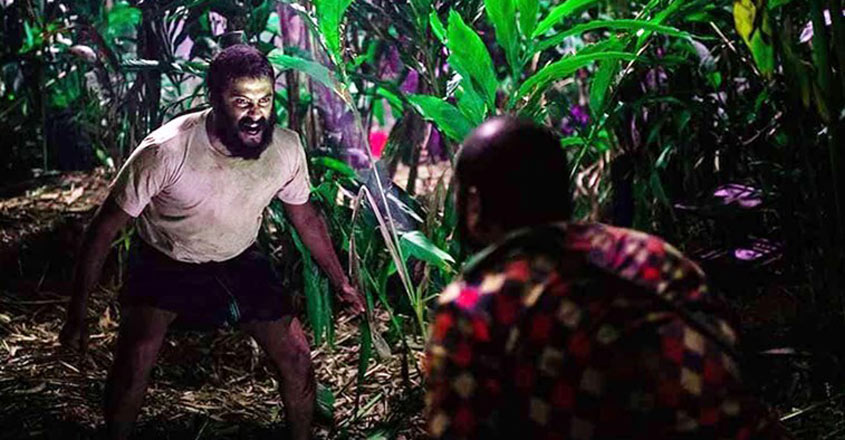 Malayalam cinema, or Mollywood is India’s fourth biggest film industry. India is most known for its Bollywood cinema, but this is just one of the many different industries that are all segmented by language and place. Where Bollywood is located in Mumbai, Mollywood finds its origin in Kerala. Amazon Prime has a great amount of Indian films in its library, just waiting to be discovered by a broader audience.

Jallikattu is a technically impressive movie about a buffalo gone loose. The butcher of a remote village seems like the center of the village since everyone relies on him for their meat. After one of his buffalos escapes and creates panic and destruction, all villagers start working together to catch the animal. As time progresses, more people are gathered to help and the longer it takes the more chaotic it becomes.

At moments it can be hard to follow, since so much is going on, but you can’t help but be impressed by the scale of the operation. On top of that, the buffalo looks surprisingly real and ferocious, making the sense of chaos feel very grounded. Jallikattu is both an interesting look into another culture and a thrilling ride comparable to a monster movie. 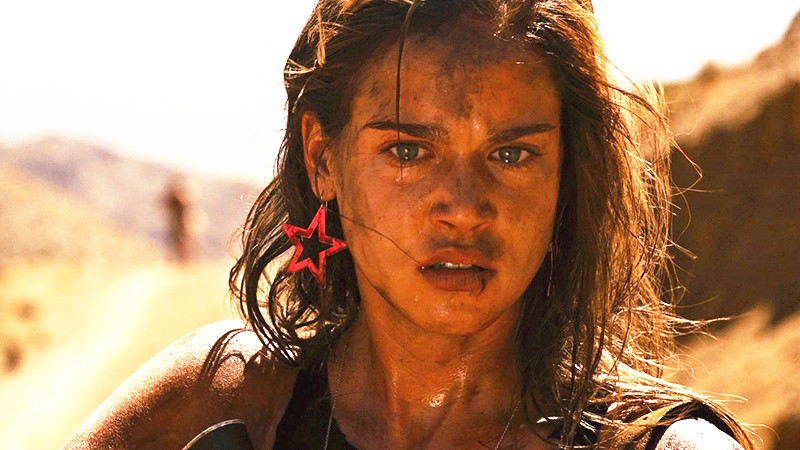 The second rape-revenge movie on this list really takes it up a notch. Jen, played by the incredible Matilda Lutz, is in a secret relationship with Richard; her rich, married neighbor. They fly out to spend a weekend at a secluded home in the dessert and there they meet two of Richard’s hunting friends. After an awful turn of events involving the rape of Jen, the three men leave her for dead, but like a phoenix Jen rises and embarks on a violent journey of revenge.

With her feature length debut, Coralie Fargeat manages to create a unique modern exploitation movie. On one hand Revenge has terrific visuals and uses typical genre tropes to evoke a feeling of ecstasy when Jen’s reign comes down on these men, but on the other hand, Fargeat manages to make it about much more than just the epic revenge journey.

With a feminist message, critiquing earlier movies of the genre, and with fantasy-like symbolism like the earlier mentioned phoenix and even Hindu gods, Revenge becomes much more than just another revenge thriller. It’s an experience that’s best suited for the big screen, but Amazon Prime is the second-best option to admire this gem.