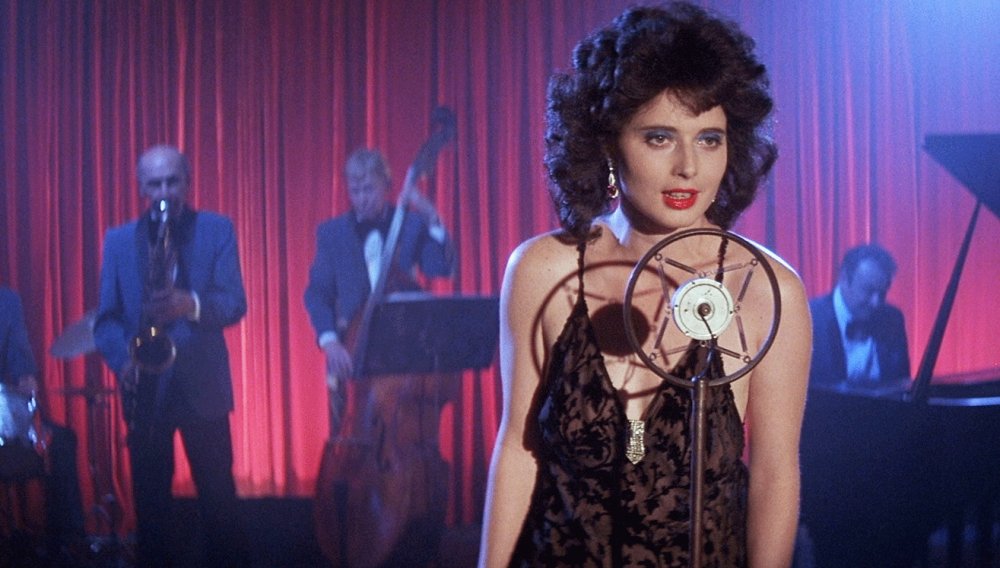 A perfect suburban morning. Bobby Vinton’s Blue Velvet music shines in every perfect shot: some red donkeys near a white fence, a fireman that friendly waves his hand, a group of scholars that cross the road under the watch of a lady… Almost in slow motion, these series of initial images are so undeniably ideal, flawless and appropriate that end up being suspicious. And the second part of the sequence goes in this exact direction: a man is working on his garden to fix a sprinkler when he falls injured while a woman is watching a crime TV show inside the house.

The certainty that composed the first shots now has turned into unsureness. Who are these people? Why are they presented this way? Slowly, the music turns into a dark melody while the camera sinks below the grass of the garden, finding a group of slimy insects that make terrible noises. This prelude, this noticeable opening sequence already walks between the duality of the appearance of a perfect life (middle-class neighborhood) and the strangeness of some unknown secrets behind it, a topic that will be approached from many of Lynch’s filmmaking.

This Billy Wilder classic feature is unique in the history of cinema due to almost uncountable reasons (it has been read as a nostalgic homage to the silent days of cinema, as the star of the movie is no other than Gloria Swanson herself, a real-life old star that lost her fame after the arrival of sound to movies), and one of them is, undoubtedly, its opening sequence. Through a man’s voice-over that calmly describes the first black and white shots, the spectator discovers a dead man’s body floating in a luxurious pool inside one of the great Sunset Boulevard’s mansions.

Apparently, an old Hollywood star is involved in the criminal issue which will appear in the covers of newspapers and TV news later in the evening. The creative uniqueness of this first scene relies on the narrator’s tragic irony, as seconds later, it is discovered that he is, in fact, the dead body floating in the pool.

Furthermore, the script smartly anticipates the end of the movie to the audience to grow its interest in solving this mystery, the original roots of this murder as after this opening sequence, the film will explain the story of the B movies scriptwriter, whose body floats dead in the pool. All in all, this opening sequence and the entire film are indispensable watches for cinema lovers. What do we find most close, most delicate and clever than movies self-referencing their history, production process and stars?

Suzy’s journey displayed in Suspiria’s opening sequence could be considered one of the hardest airplane arrivals seen in movies. After leaving the airport on a crazily rainy night, she hurries to grab a taxi that takes her to her final destination in Berlin: the prestigious Ballet Academy of Berlin. What could be a simple and necessary introductory part in the plot of a movie becomes a tough, exhausting and unpredictable journey due to the weirdness that portrays Berlin and the metaphorical storm displaying so.

Through an unrealistically colorful panoramic screen, Argento masterfully paints using light. The poor Suzy is constantly bombed with red and green light splashes coming from nowhere. This introduction tells the audience little about the coming plot, but much of what the movie will expand and grow on later on is already suggested: Suzy will be forced to face an interminable nightmare of bizarre witchcraft under severe pressure inside the Academy. Obviously, Suzy’s descend to hell is symbolically present on Suspiria’s opening sequence; a foreign American girl arrives in a new place that seems to be surrounded by an aura of fantasy and esoterism that will be displayed as the plot moves forward.

In this list, there are some movies chosen because of its visual artistry, others due to their importance regarding the film’s script and different ones picked because of their historical symbolism. Persona does not fit inside any of these categorizations, because its own internal structure and filmmaking ambitions move much beyond that. Its visual experimentation through the human body and the nature of filmmaking (including the projected faces or the sound of the projector itself) perform as an independent artwork.

This theoretical explanation is rooted in the initial sequence of the movie. Mostly through white backgrounds, the spectator is abruptly shown unjustified images of different parts of the human body as well as parts of animal corpses, a clip from an animation and short fragments of what appears to be a silent movie. The montage cuts from one short sequence to the next one as if the audience was in a live projection, inside a movie theatre.

Any reasonable explanation trying to justify this initial montage will fail to properly explain, as these images are edited to evoke different human emotions and multiple interpretations that can be hardly resumed, sometimes contradictory to each other. Short after, constant drops of water fall somewhere in the frame while parts of dead human corpses appear on the screen, while a young boy is suddenly wakened by a noisy telephone until he finds to be inside a film exhibit himself, as he tries to humanly touch the ethereal face that appears in front of him. Undoubtedly, this empirical exploration inside human sensitiveness and through the elements of film is one of the great cold opens in the history of cinema. 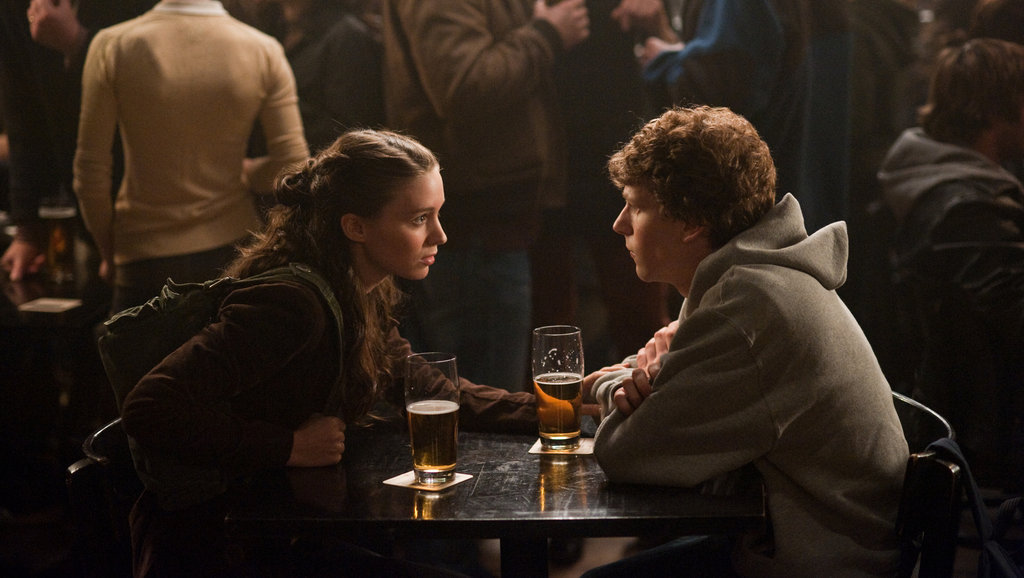 In order to close this list properly, a complete modern-day film such as The Social Network was needed. The nine pages of continuous dialogue start in media res, forcing the audience to quickly follow what the two characters are talking about. The two of them, are sitting in a noisy bar; one is the fictional version of Mark Zuckerberg along with her temporary girlfriend. This face-paced sequence set in an obscure environment continuously switches between a shot and its reverse shot while the spectators catch up with the political implications of their discourse.

This scene is not especially remarkable because of its visual mastery or theoretical implications, it is important because of its rhythm. This apparently introductory scene already forces the public to be listening to every word the characters are throwing to each other; it is a kind of necessary training for the extremely rapid and almost unrealistic pace that these characters live normally. This scene from a contemporary film is an example of new methods of starting a movie by introducing multiple aspects at the same time: the characters and their relationship, their location, and most importantly, the meaning of their dialogue.