The deceptively simple story of Slow West, the debut feature of John Maclean, concerns a young Scottish man (Kodi Smit-McPhee) traveling the American West for his long-lost love accompanied by a retired bounty hunter (Michael Fassbender). The pair encounter danger at every corner, from thieves to natives to other bounty hunters, in this measured, thoughtful, and unexpectedly funny examination of life on the west.

Running at a scant 84 minutes and filmed mainly in New Zealand, Slow West bucks the traditions of the genre while still delivering a thoroughly engrossing western. Maclean brings a refreshingly offbeat approach to the production, imbuing the story with subversive twists and moments of deadpan humor, punctuated by bursts of explosive violence. Michael Fassbender and Ben Mendelsohn stand out amongst the cast in career-best performances. Released quietly to VOD back in 2015, this inventive western is certainly not to be missed. 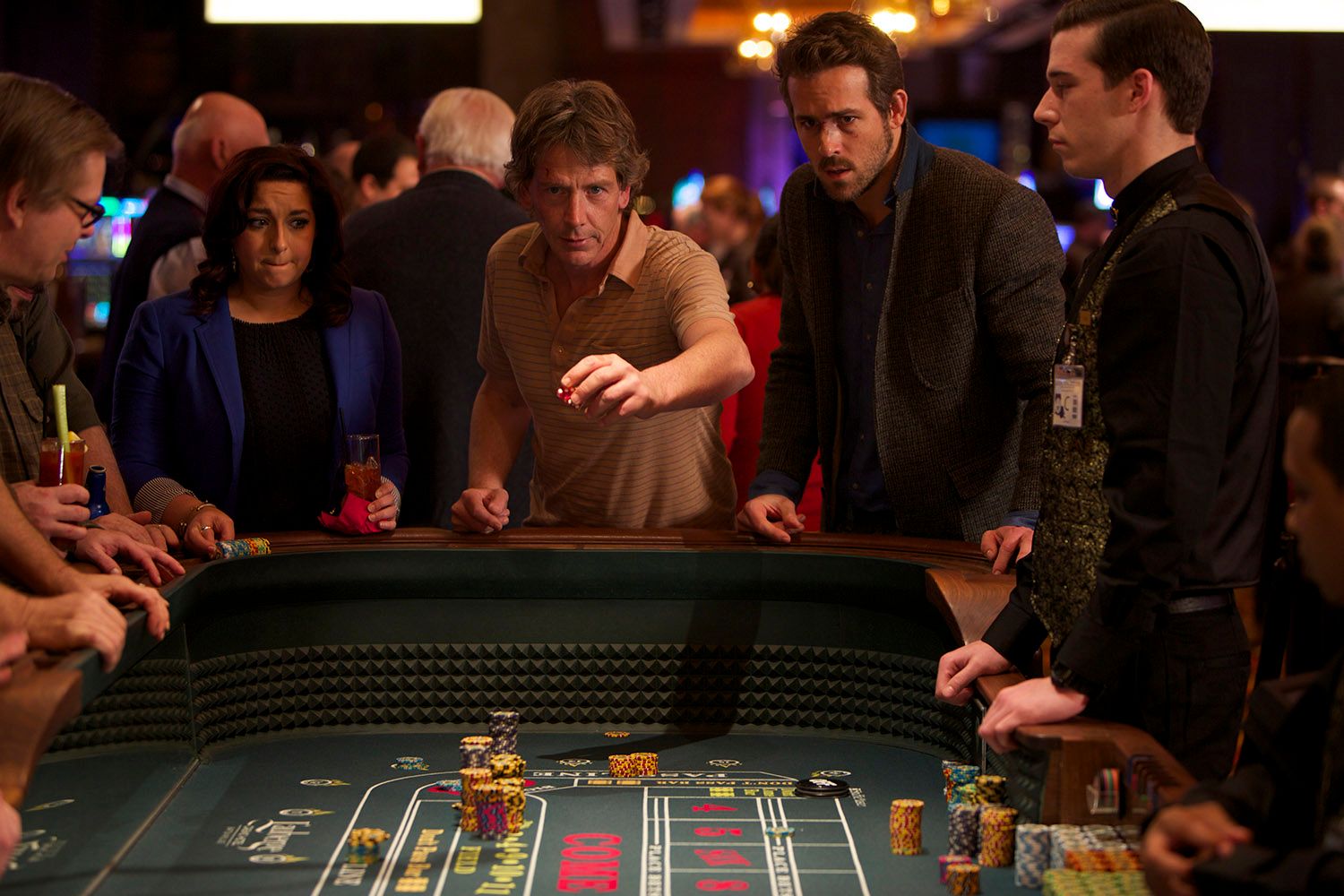 The loose plot of Mississippi Grind is intentional, giving it the freedom to instead focus on our two characters and the nature of their shared addiction. The pacing is intentionally subdued, but Reynolds and Mendelsohn embody their characters so well and the chemistry between the two keeps the film engaging throughout. It also features some dazzling cinematography from Andrij Parekh. While their work on Mississippi Grind did not get the mainstream recognition it deserved, it certainly got the attention of the right people – Fleck and Boden’s next feature was 2019’s Captain Marvel. 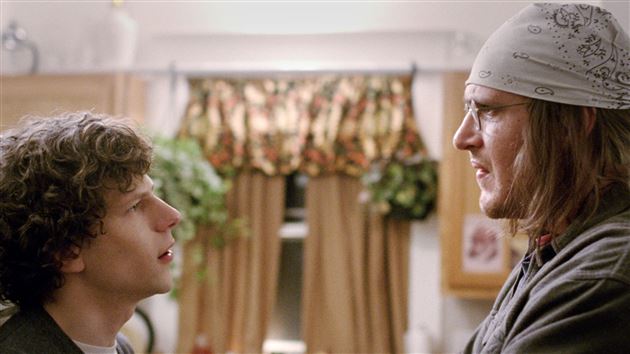 Based on a real-life multiday road trip/interview between journalist David Lipsky (Jesse Eisenberg) and the late great novelist David Foster Wallace (Jason Segel), The End of the Tour is one of the best – and most overlooked – films of 2015. The film follows our two main characters as they travel about middle America, musing about life and various aspects of the human condition over a steady diet of fast food and Pop-Tarts.

An initially boring sounding premise ends up being anything but thanks to the strength of the writing (based on the transcripts of the real interviews between the two men) and career-best work from Eisenberg and Segel. Jason Segel is particularly revelatory as Wallace, capturing both the thinly veiled anxiety and subdued thoughtfulness of a brilliant mind lost far too soon. He finds the perfect foil in Eisenberg’s David Lipsky, who embodies his character with the actor’s trademark twitchy self-consciousness. The two men do little more than drive and talk and eat, yet the result is a warm and thoroughly engaging buddy road trip that leaves viewers feeling exactly how Wallace wanted his audience to feel: A little bit less alone. 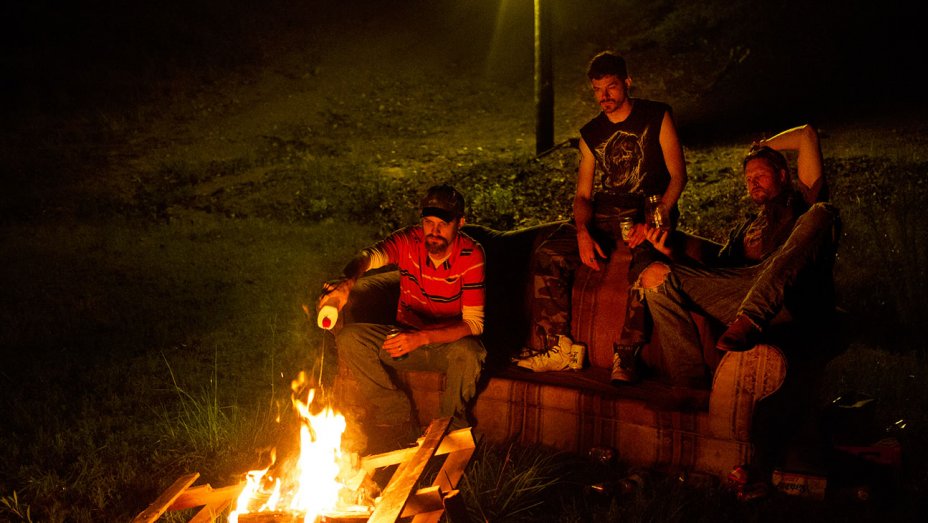 Anybody who intends to see The Death of Dick Long should do as little research as possible before watching it. The spoiler-free summary is as follows: Three friends go out for a night of drunken backwoods debauchery. A few hours later, two of the friends drop off the third, Dick Long, at the hospital, dying and covered in blood. It is unclear what has happened to him, and the two survivors do NOT want to talk about it. Unfortunately, word travels fast in their small Alabama town, and it’s only a matter of time before the truth comes out and everybody’s lives change forever.

As suggested by the title, The Death of Dick Long is a deliciously dark, and often grotesque, comedy. For as bleak as the proceedings of the film get, it never loses its screwball charm, and Swiss Army Man co-director Daniel Scheinert utilizes his eccentric style to great effect in a movie that operates on the fringes of good taste. The cast seems game as well and commits fully to a bonkers premise that demands it be seen to be believed. If the above is not enough of a selling point, it must be pointed out that Nickelback’s “How You Remind Me” is an integral part of this film, and viewers will not be able to listen to it in the same way ever again.

Peter Strickland’s 2019 feature In Fabric weaves the bloody tale of an English department store during the bustle of the holiday season, and the red dress that it just cannot seem to get rid of for long. See, the dress seems to be haunted, and leaves behind it a trail of misery as it is passed from person to person. The result is a pitch-black horror-comedy which begs viewers to consider what stains or traumas still haunt the clothing at the local second-hand shop.

A film about a dress ought to be fashionable, and In Fabric certainly lavishes in its set and costume design. There is a nearly tactile feel to the different textures on screen, and this works in tandem with an atmospheric synth-influenced score from Cavern of Anti-Matter to create a luscious sensory experience from the first frame. Greatly influenced by the Italian giallo horror movement of the 1970’s, the silly premise is played deliciously straight, helping both the horror and the comedy to land with a satisfying jolt. In Fabric may not be as well recognized as some of A24’s other horror films, but it is certainly cut from the same cloth.