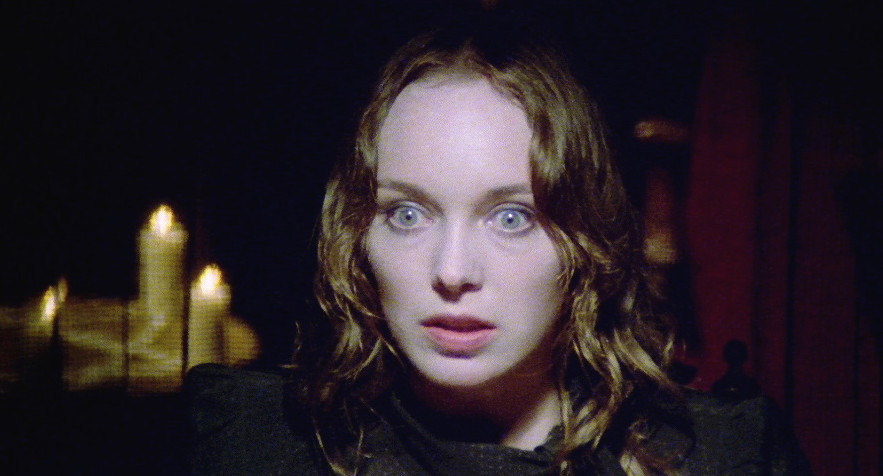 An Italian horror grounded in New York, the color, camera zooms, creepy atmosphere, and bleeding faces from Lucio Fulci make this exactly the kind of cross-continental in-style film you think you didn’t need. Sure, it pulls gimmicks just to get to the killer scenes, literally sometimes in coffins, but it’s too good to resist.

Fulci certainly rakes up the death tolls, but in unique ways, and he is a director creating a world that his characters pass through, sometimes literally. The story revolves around a psychic and reporter trying to close the gates of hell before all the undead are fully awake. Yup, that’s the premise we take a deep dive into and it surely doesn’t disappoint.

It’s a film that purely breeds horror genre in every capacity without ignoring any technical or productive detail. In the end, it’s a horror film through and through – oh, and those close-ups will haunt you for days. 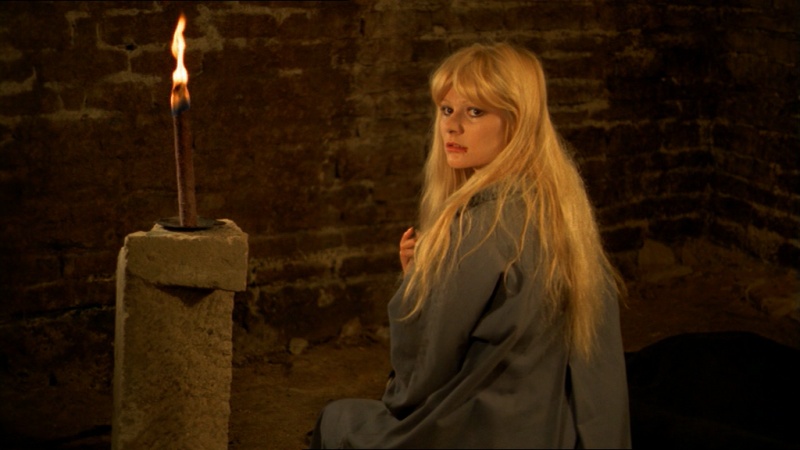 What begins as a horror film that bounces around between realistic scenes that can diminish the audiences’ horror response, but only to be shocked by gruesome murders, is what is basically accomplished here. We follow Francoise Blanchard as Catherine, a woman awoken from the dead who needs blood to survive, but her love for Helene clouds her judgment. Throughout the film, we see the struggle for love, blood, and all in between. 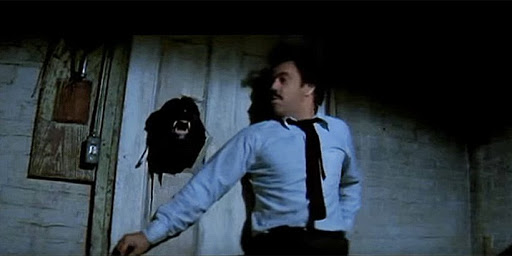 From the opening of a blackened room with two siblings, one torturing the other, we were introduced into this horror thriller that takes some diabolical turns along the way. Assonitis surely indulges in kill scenes from a killer dog to necks spouting out blood, but he never abandons his narrative, even if a crazed-out priest might be behind it all.

During the film, we see the unfolding of Julia’s birthday party that gives us a never-ending countdown and as the day continues, it’s turned into a darkly comedic if not horror-bending party of its own. Amist spoilers, it all boils and comes down to the finale where the past comes to haunt the present. Assonitis had fun leading up to his climax and something of a nervous chill lets the audience figure out what’s next, even though there’s plenty of color, kill scenes, and horror cliches to leave us satisfied.

Another overlooked film from one of the masters and the filmmaker who bought you “The Fog,” “The Thing,” “Christine” and “They Live” in one decade amongst other classics. This film is rarely mentioned, but John Carpenter himself considers it the middle of his Apocalypse Trilogy.

The film uses a similar premise in which we explore secrets, demonic possession, and the ending of all things, but Carpenter certainly goes out in fashion. There are plenty of jump scares, from his own pulse-thumping music and death scenes of people getting thrown out of windows or supernaturally into a pile of water, confusing and scaring the wits out of audiences in its unpredictability much like the narrative and cylinder that unlocks the refugee.

Regardless, it’s perhaps a bit weaker on story than his insanely creative and productive decade, but when creating a supernatural horror, do we really need a great story? Carpenter was cracking out film after film in which maybe this one isn’t as well received, but definitely worth a second and third look. 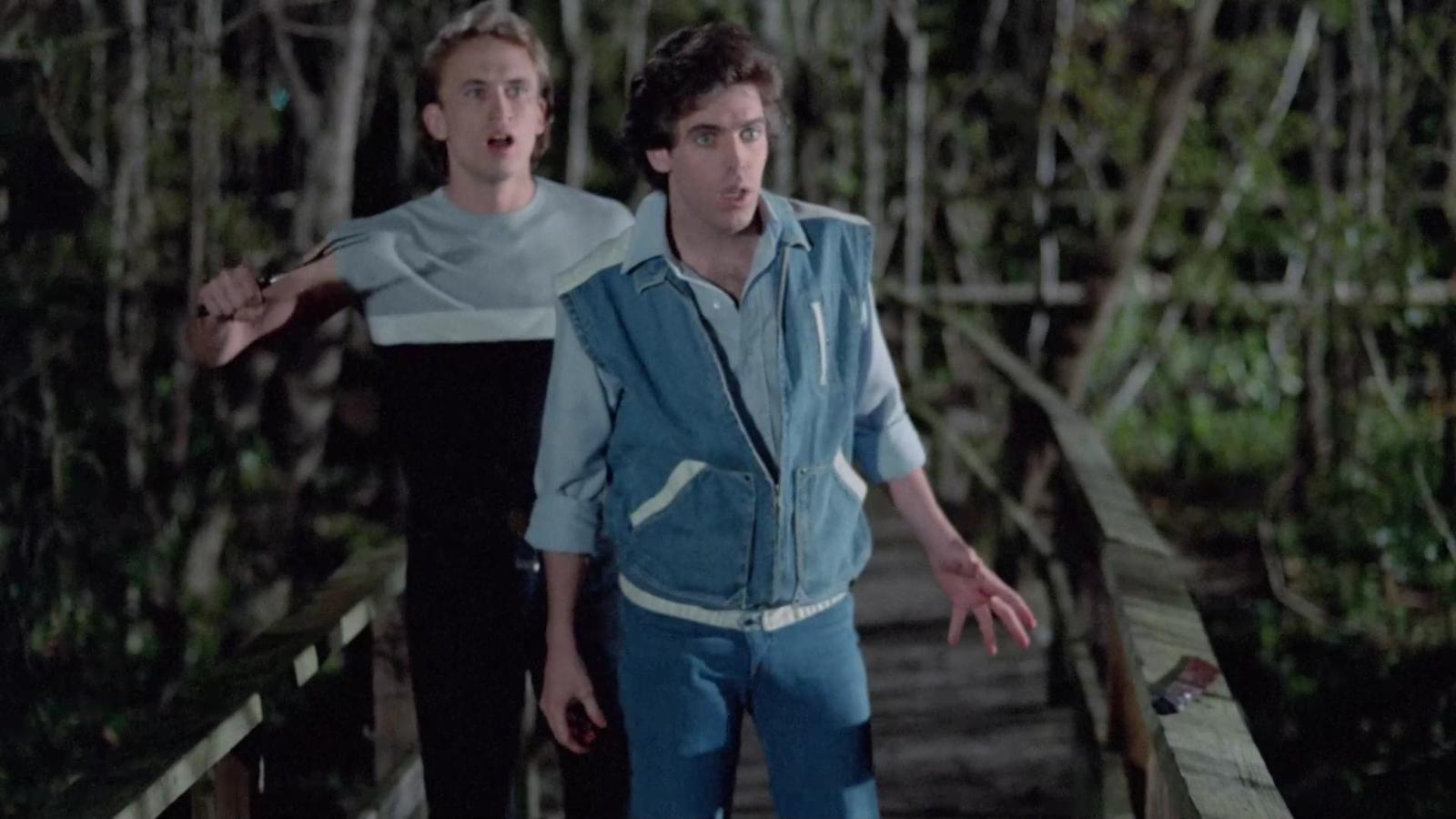 Anyone want a fun, slasher, ridiculous horror ramp of the 1980s? Look no further than John Grissmer’s film that delivers all you can want for a fun night out or in. The film deals with a brother who escapes a mental institution who goes on a killing spree over Thanksgiving, reliving his murder days from 10 years prior.

Sure, it’s a riff on “Halloween” and other slasher films, but the family gatherings, posh hair styles, and total ‘80s look make this a true winner. And with an insane body count of cut-in-half bodies, mistaken blood for cranberry sauce, and twins with the same wardrobe for some time, it’s a fun riff on the genre.

It certainly is the lighter scream fare that can easily be made fun of, but sometimes watching a light-hearted horror film that doesn’t try to go above and beyond but simply deliver the stereotypes is exactly want we need when it comes to the horror genre, especially in the 1980s.