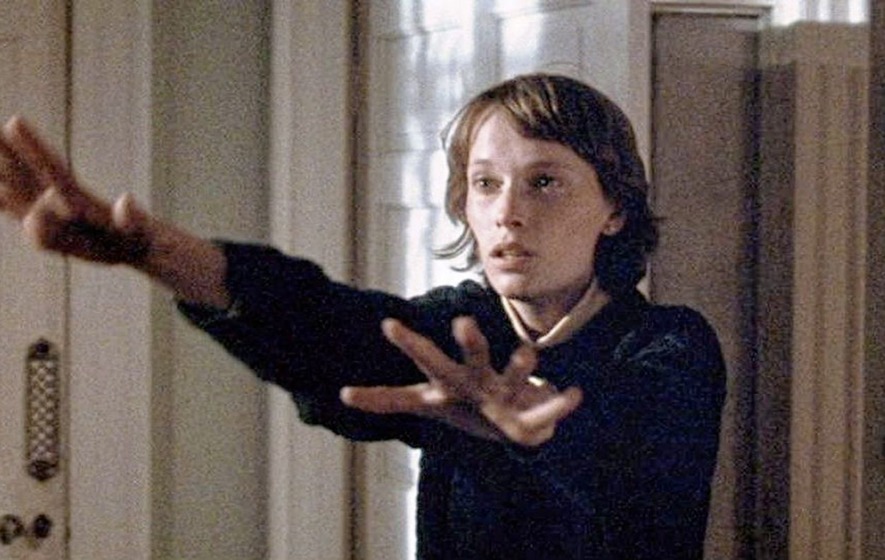 Not your average ‘killer’ flick, ‘See No Evil’ contains an excellent performance by a young Mia Farrow as a blind woman who is pursued by a murderer in the family home she is staying at.

Recently blinded, Farrow’s Sarah must not only confront the daily challenges now befalling her as she grows accustomed to life without sight, she must also combat the assaults leveled at her by a psychotic killer stalking the family estate. Farrow is both endearing and resilient as Sarah. Rather than falling into the category of infuriating horror protagonist that stumbles into stupid and unrelatable decisions, Sarah’s vulnerable nature

In a move perfected by the time she appeared in Agatha Christie thriller ‘Death on the Nile’ (1978), Farrow’s steady upper-class British accent immerses you in the lonely setting of the English countryside in which the psychotic killer waits. The film bestows a clever ability to rid its own gorgeous rural settings of their pastoral charm, and instead fill them with the implication of vulnerability to the whim of someone with dangerous intent. There is always the suggestion that, when left alone in a country manor, one is easy prey. Therein lies ‘See No Evil’’s insidious horror. 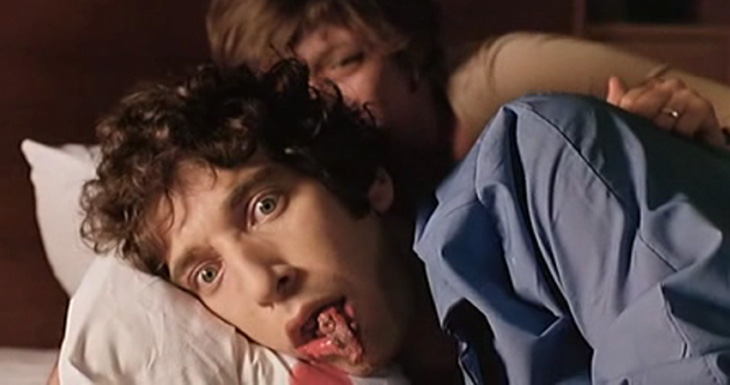 Prior to his stint in creating culturally significant body horrors in the 1980s and 1990s, Canadian director David Cronenberg was experimenting with placing his own twist on more conventional horror tropes. ‘Shivers’ represents perhaps the first instance of this.

Despite starring European horror star Barbara Steele, ‘Shivers’ has undergone a typical dip in reflective commercial praise due to Cronenberg’s undeniable execution of some of the genre’s best exports, such as ‘Dead Ringers’ (1990) and ‘The Fly’ (1986). Yet, despite suffering a lower budget and the slightly unforgiving perspective of time, ‘Shivers’ is a fun and disgusting snapshot of what was to come in Cronenberg’s glittering career.

Much like ‘Rabid’ (1977), ‘Shivers’ examines the unexpected spread of a disease-like entity, on this occasion perpetrated by revolting parasitic creatures that have an extreme effect on the host. While being by no-means perfect, ‘Shivers’ is a skin-crawling picture filled with the form of body horror that is so unique to Cronenberg. It thus presents a sudden and significant change in the genre that is signified by the ‘Scanners’ director’s explicit and unrelenting focus on the human body.

‘Shivers’ frightening examination of the baser nature of the human condition through body horror is daring and deserving of wider recognition for its no-holds-barred influence on the genre that would later become a staple. 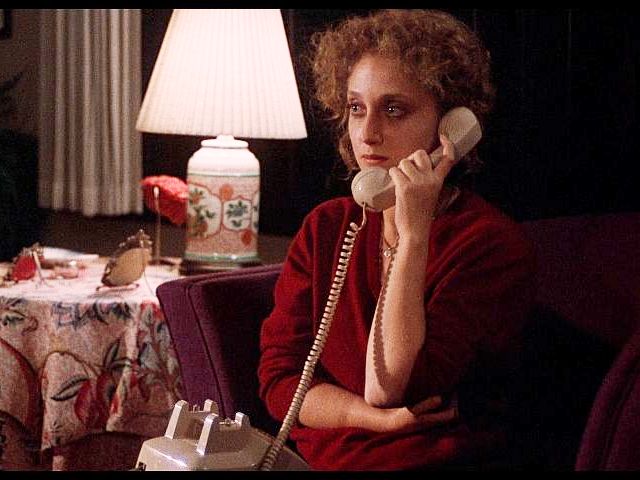 While this film has been parodied many times in the media and has even spawned a remake in 2006, ‘When a Stranger Calls’ is often forgotten when it comes to discussions of films which paved the way for certain horror elements in cinema. The trope of the babysitter plagued by an unknown assailant is now a tried and tested feature of horror, but ‘When a Stranger Calls’ represents perhaps the most organic and ultimately chilling execution of this concept.

Carol Kane plays Jill, a young woman who, while minding two children thought to be soundly asleep upstairs, receives unsettling phone calls from an unknown stalker in the vicinity of the home. Frantic calls to the police soon reveal that the murderous stalker is contacting her from upstairs. The sequence strikes a cord with its audience by positing its protagonist at their most vulnerable. The film allows you to place yourself in Jill’s awful position and its pacing makes every second seem painfully drawn-out until you are hanging on every creak, click and phone call.

The film undergoes something of a dry spell in its middle, as we are forced to watch the re-entrance of the sinister murderer into society. In spite of this, ‘When a Stranger Calls’ is worth watching for a supremely scary opening and conclusion. 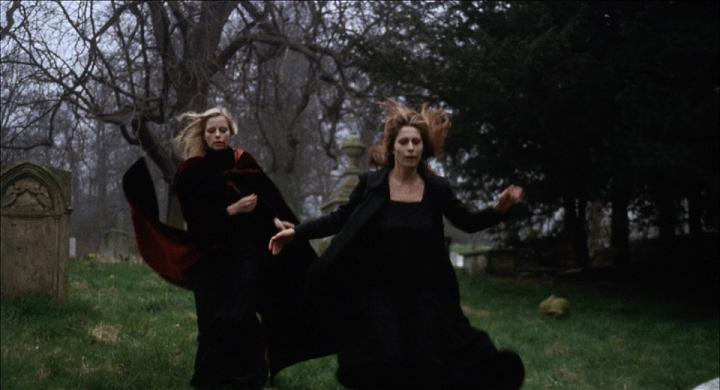 Focusing upon two beautiful female vampires dwelling in an English manor, ‘Vampyres’ has now acquired something of a cult following. The film uses clever juxtapositions of dream-like sequences presented alongside spurts of graphic violence to showcase the two most prominent elements of vampirism in fiction. Unlike typical vampires of cinema’s past who drank from tiny puncture wounds in the neck, Larraz’s vampires are almost cannibalistic in their obtaining of sustenance. They enact horrific wounds in their victims’ flesh, anywhere they please, giving the impression of a real feeding frenzy.

The acting may not be perfect, but ‘Vampyres’’ strength lies in its use of the English countryside and famed Hammer production set to establish a gothic paradise and beautifully dark hunting ground for its two subjects. The overt themes of lesbian companionship is also an alluring part of the film, propogating the idea that a vampire companionship is one void of any considerations of sex, colour and creed. 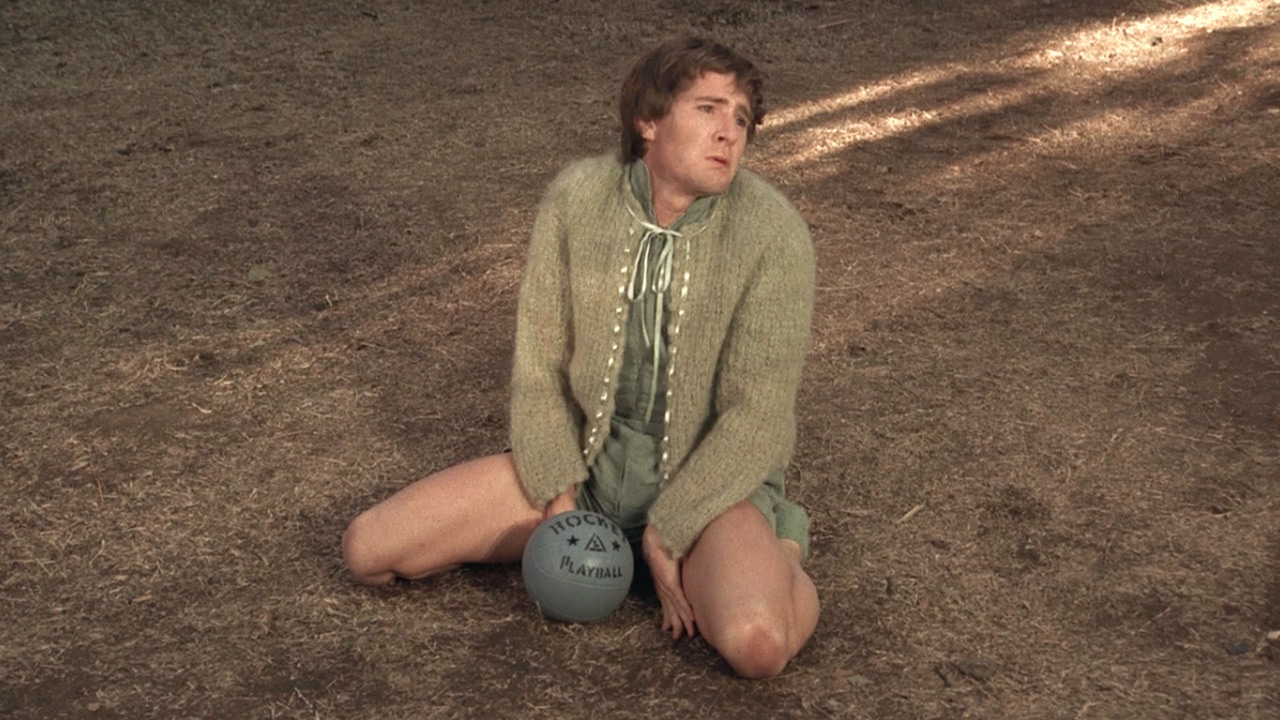 To close this list is another bizarre entry by the name of ‘The Baby’. Its eerie title is nowhere near as chilling as the film’s subject, which is a young man kept in a baby-like state of physical and mental development by his overbearing mother and sisters. When a social worker (Anjanette Comer) takes up the case where many have failed, her attachment to the aptly named ‘Baby’ is compelling enough for her to become entangled in the family’s mysterious nature.

‘The Baby’ is a supremely uncomfortable movie, and is hard to commit ones’ attention to at times due to its utter weirdness. After all, its images and plotline are indicative of something utterly unnatural to most of us, but, like a horrific accident, it becomes almost impossible to stop watching. And this discomfort is worth it for the film’s ending. ‘The Baby’ is worthy of a place on this list simply because of its delightfully perverse plot and sinister twist that is hard to see coming from any angle.

While ‘The Baby’ may not be for everyone, it is sure to leave most horror fans oddly mesmerized by its weird content. This dumbfounding plot is only heightened by that delightfully atmospheric low budget ’70s camera quality and melodramatic acting.

‘The Baby’ is no masterpiece. It is oddly paced and riddled with the gritty, grainy texture of your typical ’70s B-movie. Yet its twisted and gutsy subject matter guarantees for a viewing experience like no other.