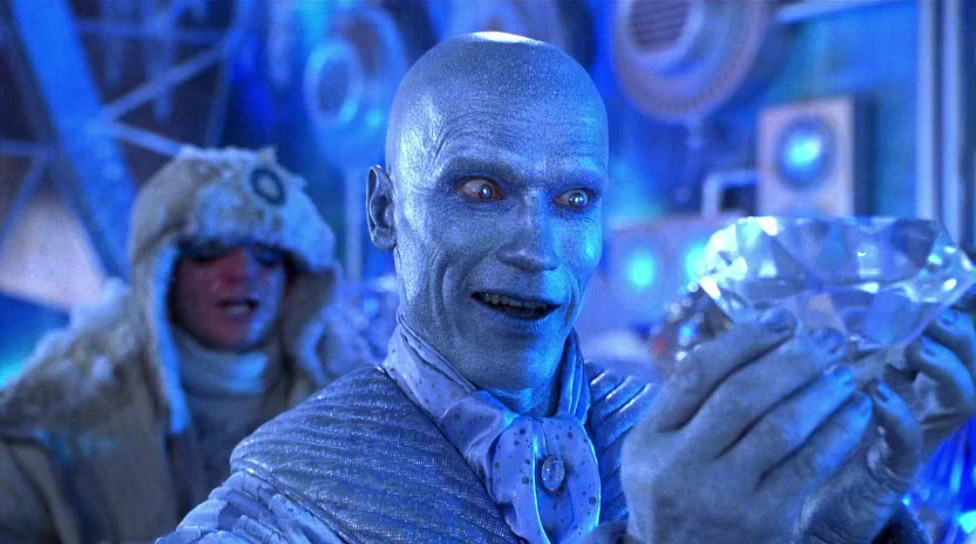 To anyone who has not seen it already, please do yourself a favour and check out the classic episode of Batman: The Animated Series, Heart of Ice. It was one of the finest examples of showing a sympathetic villain in any form of media. In the space of twenty-two minutes, Mr. Freeze was transformed from a comical laughing stock into perhaps the most a tragic figure in the caped crusader’s extensive array of villains. And it took a hundred and twenty-five minutes for the filmmakers of 1997’s Batman & Robin to undo all the great work put into that character’s development and turn him back into a joke.

Audiences should have been alerted to the bastardization of the character with the casting of Arnold Schwarzenegger, an actor who is not so much known for deeply layered emotional performances as he is for spewing cheesy one-liners. And throughout the runtime of Batman & Robin, the zingers don’t stop coming. Almost every single line Schwarzenegger says in the movie has become a hilarious meme and any reputation the film has in today’s culture is by quoting the ridiculous dialogue to rapturous laughter. Such a shame that Mr. Freeze is likely to never be seen on the big screen again because despite the legacy of that brilliant episode of the Animated Series, all audiences will ever remember from that character is one of Arnie’s ice-related gags. 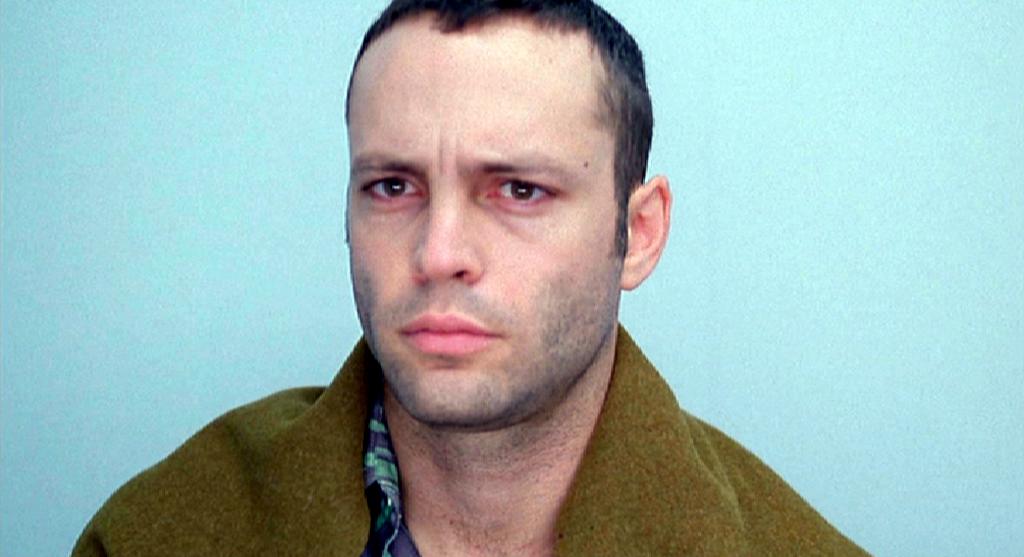 By 1998, Gus Van Sant was one of the most celebrated directors of the American Independent scene. Producing certified classics such as My Own Private Idaho, To Die For and Good Will Hunting. After the success of the latter at the 70th Academy Awards, Van Sant was given to opportunity to direct any movie he wanted. Essentially been given carte blanche, the director shocked everyone when he announced he would be remaking perhaps the most acclaimed horror film ever made, Psycho. A soon as it was announced; the next question was who will step into Anthony Perkins’ shoes and play Norman Bates? Why none other than Vince Vaughan of course.

Vaughn at the time was just two years out from the movie that got him his big break, Swingers. In it he played a role that he has come to define his entire career; the snarky, sarcastic fast-talking sidekick in many mainstream comedies. However, in playing of one of the most iconic villains in the history of cinema, this was his chance to establish himself as one of the great actors of his generation.

Instead, what we saw was a young actor who was clearly out of his depth. I know Norman Bates is meant to be played with a great amount of uncomfortable energy, but Vaughn comes across as awkward and ill fitting in the role, not once striding out from his predecessor’s vast shadow. While Perkins terrified generations of audiences with his performance as the cross-dressing mummy’s boy, the only one haunted by Vaughn’s performance is perhaps the actor himself.

When the news was announced that Jared Leto would be playing Batman’s arch-nemesis in 2016’s Suicide Squad, the news met with widespread excitement. After all, Leto had already accumulated an adoring fan base and had just come off winning the Oscar for Best Supporting Actor for his role as a HIV-positive trans woman in Dallas Buyer’s Club. It’s fair to say that ‘The 30 Seconds to Mars’ front man had never been bigger. Sure, the late Heath Ledger had achieved a legacy with the Crown Prince of Crime that would make it almost impossible for an actor to takeover the role, but if anyone was up to the challenge, it was Leto right? How wrong we were.

Before the movie even came out, stories about Leto’s method acting eccentricities where starting to make it out to the press. These included claims that Leto demanded to be called Joker or Mr. J when on the set and even sending his co-stars creepy gifts, these included giving Margot Robbie and live, black rat and Viola Davis a used condom. Sure these reports came off as ridiculous and instantly prone to parody, but hopes were still high of a legendary performance.

What audiences got instead was nothing short of an spectacular failure by Leto as it was impossible for cinema-goers to see the method actor as anything remotely resembling believable in the role, coming off as far too over-the-top to point of being unwatchable. Bad news continued to mount for Leto as the success of 2019’s Joker with Joaquin Phoenix following Ledger’s feat of winning an Oscar for the role meant Leto’s labored depiction as the Harlequin of Hate will forever be sandwiched between two of the all time greatest performances from two actors playing the same character. Talk about a cruel joke. 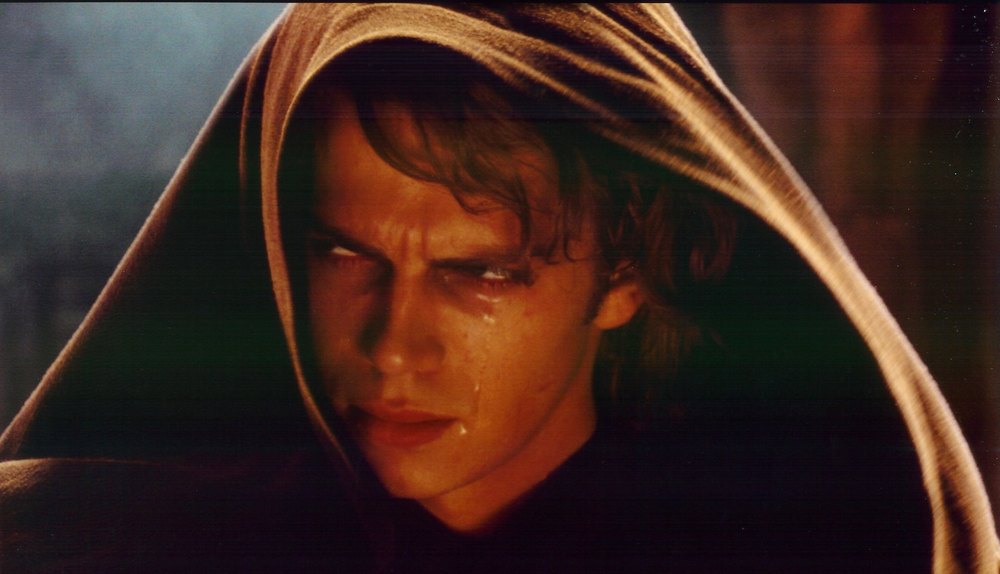 Hayden Christensen was already one movie into his role as Anakin Skywalker, and it’s fair to say that critics and fans were not exactly taken to him. In fact he was quickly mocked for his stilted delivery and overall wooden performance. However, George Lucas insisted that the actor got the part because he “needed an actor who has that presence of the Dark Side”. Okay, so he didn’t make a convincing hero in Attack of the Clones, but Episode III was his chance to back up Lucas’ words and portray one of the largest falls from grace by any character in film history. Needless to say, it didn’t quite work out that way.

The most fascinating thing about the character of Darth Vader is his development from one of the galaxy’s greatest heroes to it’s most feared villain. The only way that story can be pulled off is by showing how far the fall truly was. However, Christensen portrayed Anakin as nothing more than a whiny teenager than a force of unspeakable evil. Again, there’s only so much that any actor could do with the atrocious dialogue that comes out of his mouth, so the fault of this failure should shared by both Christensen and Lucas. However the damage was already done and Christensen’s reputation after the film meant that he could never be taken seriously going forward. At the end of the day, he was dead on arrival in Episode II and Revenge of the Sith was essentially his funeral march. 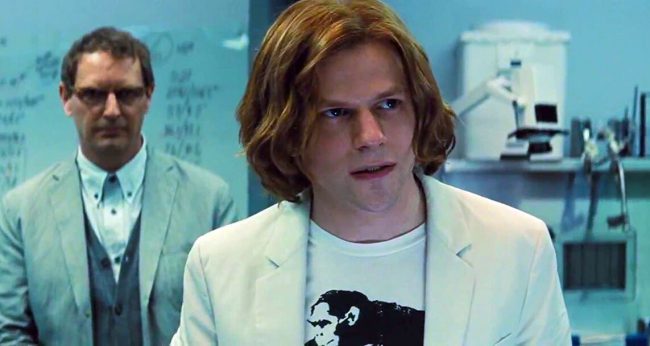 Next to the Joker, Lex Luthor is undeniably one of the most iconic comic book super villains ever put on print. The mad scientist has forever been a thorn in Superman’s side; where the Man of Steel uses his brawn and super-abilities to save the day, Luthor has proven to be more than a match by using nothing more than his unmatched genius. When Zack Snyder announced that Jesse Eisenberg would be playing the bald brainiac in 2016’s Batman v Superman, it was seen by many to be the perfect casting choice. After all Eisenberg received previous acclaim for his performance as Facebook founder Mark Zuckerberg in The Social Network, where he proved that he can convincingly play egotistical braggarts. However, the end result left much to be desired.

Eisenberg’s performance is confusing to say the least, especially if you had ever read a comic book that features Luthor. If you had then you would immediately see the character as cool and collected; always in control of the situation and seemingly one step ahead of Superman at all times. However, Eisenberg decided to portray the super villain as erratic and unhinged, making all his decisions seem random rather than well though out.

His performance seemed more similar to that of the Joker or the Riddler, someone who seems far beyond the brink of insanity, a far cry from the calm and controlling character fans love to hate. None of this is to say that Eisenberg is a bad actor; in fact his filmography is one of the most stellar out of any actor working in Hollywood right now. It’s just a shame that in a role he seemed tailor-made for, it ended up being the biggest misfire to date.