The Revenant erupts with violence and upset, it also gambols with languid long takes, quiet calm, and a naturalistic beauty that renders elegance and symmetry seemingly from the firmament. Iñárritu could easily be considered cinema’s transcendental poet laureate of the wide-framed moving image; his devotion and veneration for the natural world is contained in every second of The Revenant. Don’t miss it, and don’t forget the bear spray next time you go camping, either, got it?

Gossamer-like, lovely and wistful, Wes Anderson’s The Grand Budapest Hotel thrums with the dual dispositions of the sublime Golden Age director Ernst Lubitsch and the jam-packed chapter and verse of Stefan Zweig. In this calorie-rich and joyously effete film, exuberance is the mainstay, as it exists in a baroque bubble of an imagined Old Europe where period styles, historical allusions, and joyful generic conventions intersect amidst a seeming compendium of potential films of adventure, emotion, humor, hubris, and tragedy.

The luxury hotel setting, carefully constructed by production designer Adam Stockhausen (exteriors) and Anna Pinnock (she designed the interiors), is the anchor of a shaggy dog story that unfolds over three distinct timelines, where each is shot in three different ratios; 2.35:1, 1.85:1, and the classic 1.33:1. Among the many eras that Anderson revisits, there are tangible elements of gothic romance and mystery––Hitchcock’s The Lady Vanishes (1938) springs to mind––and with all the trap doors, secret passageways, evil assassins, and sketchy monks, not to mention the inspired inclusion of a secret society of hotel concierges.

Throw in some stop-motion sequences, a splash of kink, pastiches of American-style comedy of manners, World War I espionage, romantic comedy, broad slapstick, elements of farce, and the feeling of peering into, who knows, Orson Welles toy box maybe? There’s so much stylistic variety––even a black and white melodramatic respite––that the eye and the mind never rests.

There’s a certain je ne sais quoi about Lars von Trier’s hypnagogic and deeply pensive apocalyptic powerplay Melancholia that cinches it as one of the director’s very finest and most visually ravishing motion pictures. For one, it’s so rare a thing that a film capture with such startling insight and due diligence the emotional state that depression casts upon the individual, and for anyone who’s wrestled with that black dog they can easily see the naked truth in Kirsten Dunst’s chef-d’oeuvre central performance as Justine.

Von Trier playfully and profoundly upends sci-fi convention in a tense and dangerous spring-loaded narrative that pivots around newlyweds Justine and Michael (Alexander Skarsgård). These ill-fated lovers tie the proverbial knot just as the world learns of the presence of a rogue planet, “Melancholia”, which is believed to be on a near-collision course with Earth and will most certainly be an extinction level cataclysm. 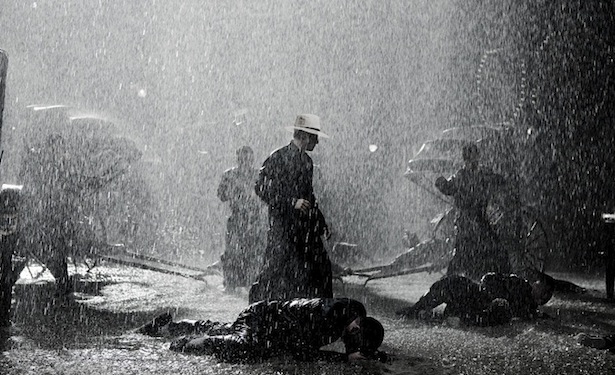 Beginning in the 1930s and moving through to the 1950s, the often ritzy period details are perfect, as are the stunningly fluid and dynamic movements of Gong Er (Zhang Ziyi), and the reverential approach to martial arts traditions, distinctive combat styles, makes for an impressive genre hybrid of kung fu action and arthouse. The Grandmaster is a gorgeous, intoxicating, and sweeping jewel of a picture from Wong.

“A majestic feat of filmmaking,” writes Globe and Mail critic Barry Hertz, calling Roma “an intimate portrait of a family that also serves as a broad portrait of a changing nation.” And so Mexican filmmaker Alfonso Cuarón at long last has his masterpiece with Roma.

As Clea not only cares for the children but cleans, cooks, and quietly observes, she witnesses her employers’ marriage disintegrate. Cleo’s own love life, too is fraught and fragile, and the film, which spans a year, depicts both pained and precise events in the shared domestic space, and also to the wider tensions in society at the time; idyll pleasures––going to the cinema, a roadtrip to the country, an initially curious reference to martial arts training from a potential suitor––take on a darkened hue as the turmoil shaping within the country is further examined.

Working closely with his sensational cinematographer Roger Deakins, visionary Canadian film director Denis Villeneuve (Arrival [2016]) did the near impossible task of following up Ridley Scott’s Blade Runner (1982) with a sequel that retains much of the tactile splendor and future noir poetry of the original while manufacturing an objet d’art that is perhaps even more emotionally engaging.

A sublimely articulated mindbender, seductively crafted, steeped in mystery, and one that teases the audience with numerous ambiguities, and needling puzzles, Blade Runner 2049 is one of speculative fiction’s crown jewels. This is a film that, like its predecessor, will be discussed, dissected, revisited and extolled for decades to come. Sci-fi so rarely gets this ruminative and magnificent.