An unsettling and artfully transgressive tribute to the classic giallo, Luca Guadagnino’s Suspiria isn’t the colorful Argento homage many expected. Sure, it’s a metafictional elucidation of sorts, and there are flashes here and there of Argento’s transfixing original, but in the hands of I Am Love (2009) and Call Me By Your Name (2017) director Guadagnino, the fractured, lacerated and luridly suggestive imagery –– including the ecstatic and delirious use of dance –– gets into your capitulum in ways Argento never envisaged. This is an altogether different beast, but at the same time it extraordinarily compliments the original.

Drubbed by Gothic downpours, the academy is quick to embrace Susie, who is quickly placed as the new lead dancer after lead choreographer Madame Blanc (Tilda Swinton) takes a shine to her. But for what sinister purpose? And why did the now missing student Patricia Hingle (Chloë Grace Moretz) cryptically divulge to her psychotherapist, Josef Klemperer (Swinton, again), her bent belief that the school is run by a coven of witches?

Writer-director Ari Aster’s previous film Hereditary (also on this list), there’s a palpable sense of overwhelming grief and the delicate threads of family reputably fraying at the center of Midsommar, a gorgeously depicted and frequently gruesome folk horror freakout. Fans of slow-burn mental anguish and arthouse aversion will find much to admire and dismay about in this lavishly detailed Swedish-set travelogue of terror.

While shades of Ken Russell’s The Devils (1971) and Robin Hardy’s The Wicker Man seem to be obvious influences, Aster’s eye for detail (Henrik Svensson’s intricate production design and Pawel Pogorzelski’s expert lensing are sensational), his deliberate pacing, and his operatic story structure, amounts to one hell of a hallucinatory headtrip. And the director’s cut, offering up nearly 30 minutes of new and extended material, is a must for genre junkies and Aster acolytes.

So Sunny Jim soon pairs with other survivors –– including a breakout performance from the sensational Naomie Harris –– and the film focuses on their struggles and sorrows as they rise to the occasion in a frightening new reality. Provocative, playful, and told with tireless energy, 28 Days Later is a great character-driven panic attack that hard-edged horror fans rightfully revere.

A relentless and tense thriller that subverts expectations, Ben Wheatlye’s Kill List benefits from a deliberate slow burn start, establishing a mood and a tone that eventually and rewardingly drums tension and builds anxiety to the ultimate mad rush.

Few full-throttle thrillers this century have been as atmospheric, effective, and artfully crafted as Kill List. Miss this film at your peril, but don’t you dare see it alone. 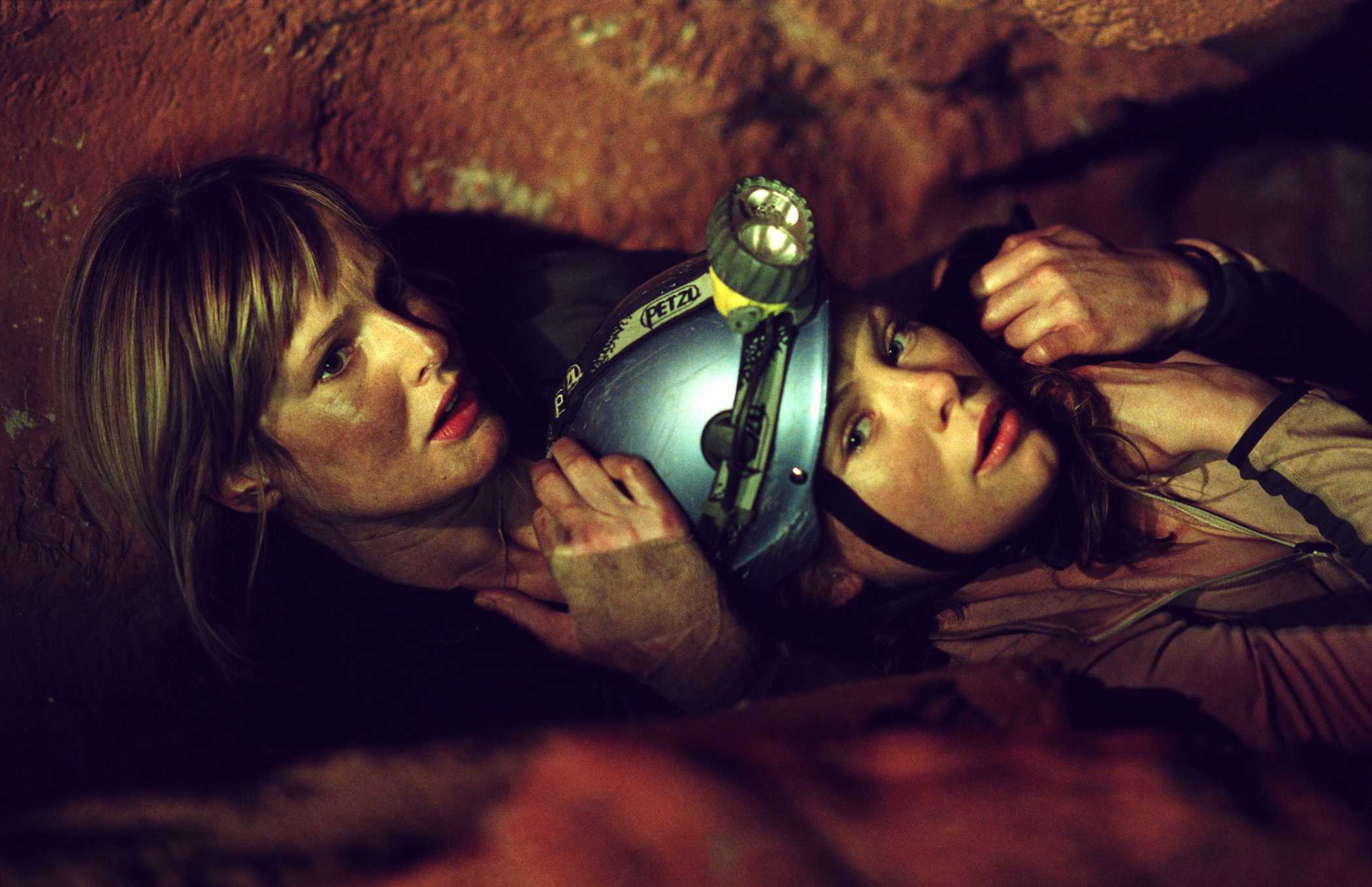 Some real serious shit goes down in The Descent. That wasn’t even just an excuse for a really bad pun. Uneasily dactylic and startling from the get-go, writer/director Neil Marshall weaves the lives of six friends together in an increasingly tight-knit underground cave system through the Appalachian Mountains. For Sarah (Shauna Macdonald) and Juno (Natalie Mendoza), their bittersweet past surfaces as the women discover, most grotesquely, that they are not alone in the crumbling, unmapped, dripping, awful, nasty-ass caves.

This is the film that the New York Times film scribe Manohla Dargis described as “indisputably and pleasurably nerve-jangling”, and Bloody Disgusting said is “the purest kind of horror film – ruthless, unforgiving, showing no mercy.” It tops are list for all of its sly maneuvers and nightmarish visuals. The Descent is a macabre masterwork.

Mexico’s Guillermo del Toro is a veritable master of the macabre and his deeply personal dark fantasy coup de grâce from 2006, Pan’s Labyrinth is a sublime and stunningly beautiful masterpiece of horror fantasy. Set in Spain in 1944 where we meet young Ofelia (Ivana Baquero) and her mother Carmen (Ariadna Gil), who is pregnant and whose health is diminishing. The two women have just relocated to be with Carmen’s new husband, the sadistic army officer Captain Vidal (Sergi López).

Ofelia takes an instant dislike to the Captain and soon finds distraction in an ancient maze where she encounters the mysterious and otherworldly Faun, (Doug Jones). Faun tells Ofelia of her forgotten lineage as the lost Princess Moanna and how she must perform three potentially deadly tasks in order to reclaim her throne and the immortality that goes along with it.

Epic in scope, with a poetic Dickensian influence, tangible excitation, a fabulist, fairytale-like cognizance –– Alice in Wonderland is another obvious inspiration –– making for an elegant flight of the imagination. But make no mistake, this is no children’s movie. The violence of the real world around Ofelia is terrifying and extreme, but del Toro, while never sugarcoating anything or Disney-fying his creations still imbues the film with a sense of wonder, danger, artistic ambition, and compelling, tragic, astounding poignancy.

Not for the faint of heart no, but for the strong of imagination and for the deeply adventurous and bravely devout. Pan’s Labyrinth is a beautiful and terrifying place to get lost in and is one of the best horror films of the century.

Oskar (Kåre Hedebrant) and Eli (Lina Leandersson) are both luminous as two lost and lonely kids — one a vampire, one a weirdo, both outcasts — who, for a time, need one another, and need to make sense of the world. Austerely elegant visuals, inventive and endearing re-imaginings of familiar vampire tropes, and pensive yet persuasive symbolism and spectacle, this is modern horror done to perfection. It’s lackadaisical pacing works like a charm in creating a world for the viewer to get utterly engrossed in, ensuring that Let the Right One In is felt in the gut as it strangely and profoundly stirs the heart. 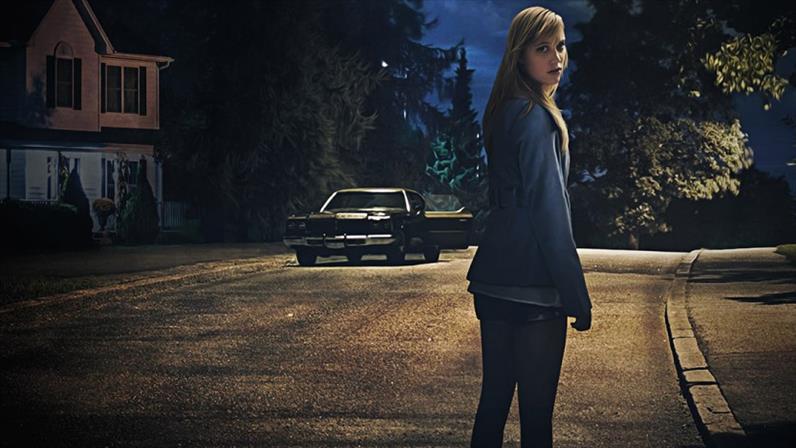 This 2014 old school horror film from David Robert Mitchell is a keenly observed, expertly lensed, micro-budgeted miracle steeped in atmosphere –– with a genius John Carpenter/Goblin-inspired soundtrack from Disasterpeace –– that had genre fans shrieking in delight, when not cowering in fear, of course. Deliberately pastiching ‘70’s and ‘80’s slasher films where teens are routinely punished for being sexually active, It Follows slyly works in alternate allusions and textures to these tropes, with a feminist slant and De Palma-esque flourish to spare.

Sensitive to the nicety and nuance of teenage affections, astutely aware of what diehard horror fans want (subversions and reinventions abound!), It Follows announces the arrival of a new suspense master in Mitchell and presents us with his first small-scale chef d’oeuvre.