Remember the name David Robert Mitchell (The Myth of the American Sleepover [2010], Under the Silver Lake [2018]). His 2014 old school horror film, It Follows, is a keenly observed, expertly lensed, low-budget miracle steeped in atmosphere –– with a genius John Carpenter/Goblin-inspired soundtrack from Disasterpeace –– that had genre fans shrieking in delight, when not cowering in fear, of course.

Deliberately pastiching ‘70’s and ‘80’s slasher films where teens are routinely punished for being sexually active, It Follows slyly works in alternate allusions and textures to these tropes, with a feminist slant and Brian De Palma-esque flourish to spare.

Sensitive to the nicety and nuance of teenage affections, astutely aware of what diehard horror fans want (subversion and reinvention abounds!), It Follows announces the arrival of a new suspense master in Mitchell and presents us with his first small-scale chef d’oeuvre.

Of all the films that Ben Wheatley (High-Rise [2015]) has made it must be said that 2011’s Kill List is the most flat out upsetting, and the most enervating, as the movie gradually morphs into all out horror. A relentless and tense thriller that subverts expectation, Kill List benefits from a deliberate slow burn start, establishing a mood and a tone that eventually and rewardingly ratchets tension and builds anxiety to the ultimate mad rush.

As the plot takes many unpredictable turns, humor is present to diffuse the mounting mental pressure, and Wheatley works the audience like a master, making us anxious, and uneasy at every sharp turn and nasty twist. The last half hour is all edge-of-your-seat suspense and the closer is as unforgettable as it is ultimately inexorable.

Few British thrillers this century have been as atmospheric, effective, and artfully crafted as Kill List. Miss this film at your peril, but don’t see it alone. You’ve been warned. 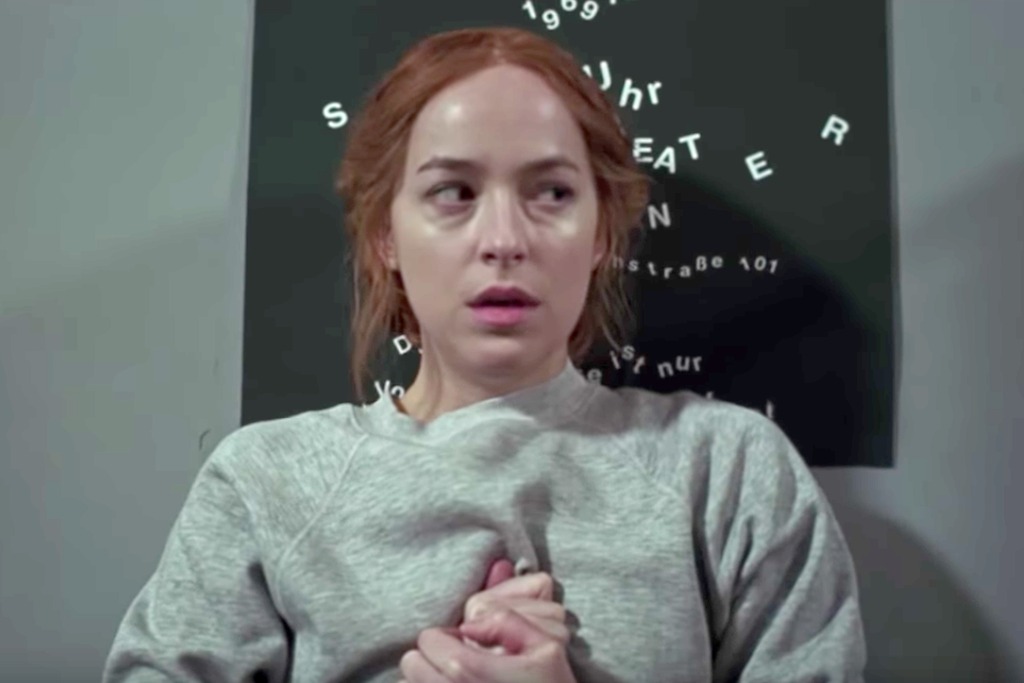 An unsettling and artfully transgressive tribute to the classic giallo, Luca Guadagnino’s Suspiria (inspired, as everyone knows, by Dario Argento’s 1977 showpiece) isn’t the colorful homage many expected.

Sure, it’s a metafictional elucidation of sorts, and there are flashes here and there of Argento’s transfixing original, but in the hands of I Am Love (2009) and Call Me By Your Name (2017) director Guadagnino, the fractured, lacerated and luridly suggestive imagery –– including the ecstatic and delirious use of dance –– gets into your capitulum in ways Argento never envisaged. This is an altogether different beast, but at the same time is extraordinarily complimentary to the original.

Guadagnino and screenwriter David Kajganich are faithful to the wider narrative that Argento developed in the Three Mothers Trilogy (Suspiria, Inferno [1980] and The Mother of Tears [2007]), and also explore not just art house modes of frightening aesthetic but also body horror in ways that the Baron of Blood himself, David Cronenberg, would flagrantly approve.

Drubbed by Gothic downpours, the academy is quick to embrace Susie, who is quickly placed as the new lead dancer after lead choreographer Madame Blanc (Tilda Swinton) takes a shine to her. But for what sinister purpose? And why did the now missing student Patricia Hingle (Chloë Grace Moretz) cryptically divulge to her psychotherapist, Josef Klemperer (Swinton, again), her bent belief that the school is run by a cruel coven of witches?

Bloodcurdling and cryptic, Suspiria moves with the assured grace of a 24-carat dance picture that will contort into something ferociously gruesome in a heartbeat (the sequence where Susie’s balletic conjury tears apart the body of another student is unforgettable, utterly visceral, and only the beginning of so much more to come).

A fever dream of matriarchal madness, the occult, doomed love, and dark secrets, Suspiria is a highly baroque, suggestive, and poetic study of corruption, disturbance, motherhood, national guilt, savagery and so much more.

Shot with a meditative pace, one punctuated with deliberate camera movements and several, standout long takes (Kubrick comparisons are unavoidable, but there’s much more emotion here), not to mention an absolutely chilling score from Colin Stetson, Hereditary builds and builds to the kind of Grand Guignol go-for-broke climax fright fans often ask for but so rarely receive. Not only does this film deliver genuine chills and thrills, it’s all done in a languid, artful measure. It’s the real deal and you’ll probably never look at dioramas the same way again, ever.

Some real serious shit goes down in The Descent. That wasn’t even just an excuse for a really bad pun. Uneasily dactylic and startling from the get-go, writer/director Neil Marshall weaves the lives of six friends together in an increasingly tight-knit underground cave system through the Appalachian Mountains.

For Sarah (Shauna Macdonald) and Juno (Natalie Mendoza), their bittersweet past surfaces as the women discover, most grotesquely, that they are not alone in the crumbling, unmapped, dripping, awful, nasty-ass caves.

This is what happens when a thoroughly solid drama also happens to be a horror: stirring character development, palpable tension submerging into madness, unforgettably frightening creatures, and it’s just so awesome that it’s an all-woman cast.

Even while bloodily contending with predatory subhuman mutants these dames get catty retribution on each other––so no, not even stabbing gruesome monsters in the face together will smooth things over regarding that time someone maybe slept with someone’s hubby.

This is the film that the New York Times film scribe Manohla Dargis described as “indisputably and pleasurably nerve-jangling”, and Bloody Disgusting said is “the purest kind of horror film – ruthless, unforgiving, showing no mercy.” It tops the list for all of its sly maneuvers and nightmarish visuals. The Descent is a macabre masterwork.